The Winter 2015 issue of Gems & Gemology offers in-depth analysis of pink pyrope garnet and alluvial Montana sapphires, a new look at a legendary sapphire once owned by Louis XIV, a study of tarnish spots in high-purity gold, and a visit to Australia’s historic opal fields.

A new type of pyrope, which shows a noticeable color change from purplish pink under incandescent light to purple in daylight, contains vanadium and chromium and is believed to originate in Tanzania.

They determined the range of stone sizes that maximize the color change, although the difference is not significant enough, according to some definitions, to be classified as an actual “color change.”

Alluvial Sapphires from Montana: Inclusions, Geochemistry, and Indications of a Metasomatic Origin

Alluvial sapphires have been mined for more than a century in Montana, but the original source rocks for this material have never been located.

A team of researchers led by Dr. J.C. “Hanco” Zwaan, head of the Netherlands Gemmological Laboratory and a researcher at the Naturalis Biodiversity Center, examined inclusions in sapphires taken from the Rock Creek area to determine their possible origin. Analysis of approximately 400 samples indicated a metasomatic origin. One specimen contained a topaz crystal, the first documented topaz inclusion in sapphire. 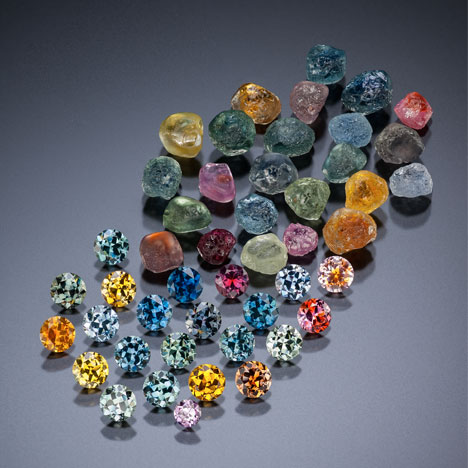 The Grand Sapphire of Louis XIV and the “Ruspoli” Sapphire: Historical and Gemological Discoveries

The 135.74 ct. Grand Sapphire, a legendary gemstone acquired by Louis XIV in 1669, is housed in the National Museum of Natural History (MNHN) in Paris. Newly discovered documents about this six-sided “lozenge”-cut sapphire indicate that the king acquired the gemstone about the same time he obtained the Tavernier Blue diamond, and that he had both mounted into gold settings in 1672. The Grand Sapphire has often been mistakenly referred to as the “Ruspoli” sapphire, a completely different gem, and archival evidence reveals the story of this confusion.

The authors, led by Dr. François Farges, professor of mineralogy at the MNHN, also determined that the sapphire likely originated in Sri Lanka.

Part of gold’s appeal is that it generally does not tarnish − but there have been instances where red, brown, or black tarnish spots have appeared on jewelry pieces of extremely high purity (99.9% Au). A team of Chinese researchers, headed by Dr. Taijin Lu of the National Gems & Jewellery Technology Administrative Center (NGTC) in Beijing, determined that the spots were caused by silver deposited on the gold surface during the manufacturing process.

Splendor in the Outback: A Visit to Australia’s Opal Fields

A GIA field report from the opal mines of Australia rounds out the feature articles in this issue. Australia exports more than $85 million worth of opals annually, with some 200,000 tourists visiting the opal areas each year.

In the Lab Notes column, two of the largest CVD synthetic diamonds ever submitted to GIA’s lab demonstrate the continual improvement in quality and size of this material. In addition, there are reports on a treated pink diamond with a growth structure usually associated with HPHT synthetics and large natural fossil blister pearls from giant clams found in southeastern Kenya. 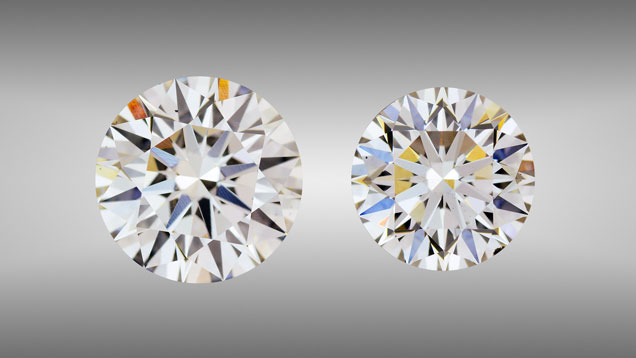 The Micro-World section presents photomicrographs of a Mexican fire agate cabochon whose coloration and structure creates an unusual visual effect, a red heart-shaped pyrope garnet inclusion in a round brilliant diamond, a violetish blue spinel inclusion in a yellow sapphire, parasite inclusions in Colombian quartz, and four-ray stars in Paraíba tourmaline. 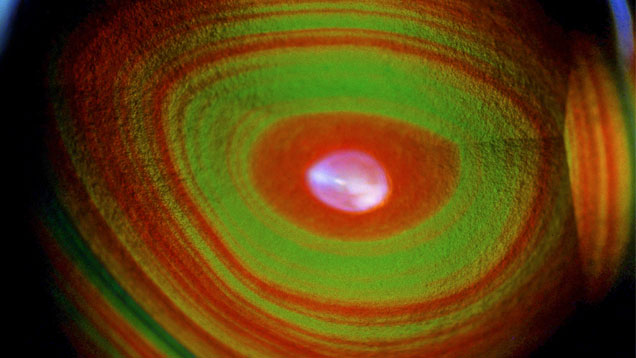 Upon close examination with a field of view of 8.12 millimeters, the polished botryoidal knob in this Mexican fire agate resembles a reptilian eye. Photomicrograph by John Koivula/GIA

Gem News International reports on a large fluid inclusion in a demantoid garnet from Madagascar that provides a strong clue into the source’s mineralization. Other entries include a possible new source of grandidierite in Madagascar; a bluish green chalcedony from Africa, marketed as “Aquaprase;” and a report on ruby mining in Zahamena National Park in Madagascar.

G&G Brief presents an overview of the content of the Fall 2015 issue of Gems & Gemology.