Under the Chelsea filter the inclusion showed a bright red reaction, suggesting the presence of chromium. There was a polished area of the included crystal on the surface, but it was too small for us to measure the refractive index.

The included crystal did not display pleochroism under microscopic observation with crossed polarizers. Viewed in immersion, it appeared to be singly refractive. DiamondView imaging showed the fluorescence pattern of growth planes found in natural diamond (figure 2). Typical octahedral growth zones of blue N3 fluorescence were evident, with no disturbance in the zones around the color-change crystal. 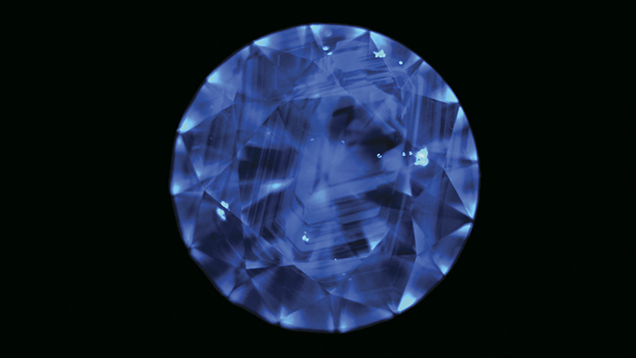 For conclusive identification of the inclusion, we sent the diamond to the Gem Testing Laboratory in Jaipur for laser Raman spectroscopy. As the color-change crystal broke through the diamond’s surface, a clear Raman spectrum could be obtained (figure 3). The peak at approximately 1332 cm–1 is assigned to diamond, and the peaks at approximately 1046, 910, 858, 637, 549, and 362 cm–1 are assigned to garnet. The 910 cm–1 peak is associated with the pyralspite isomorphous series, which is comprised of pyrope, almandine, and spessartine garnet. The inclusion was therefore identified as garnet belonging to the pyralspite series. 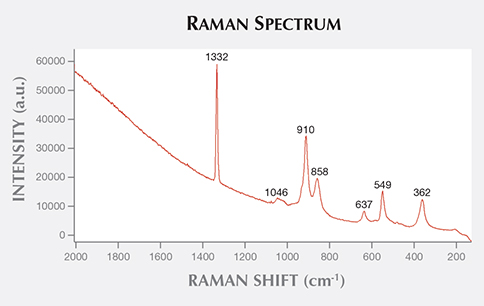