Melissa Villarreal’s vision for the fine jewelry industry in her hometown of Monterrey, Mexico – a city of 4.5 million people in the eastern state of Nuevo León – is simple, and bold: she’d like to help develop the nation’s third-most populous city into a thriving jewelry design and manufacturing hub.

That means doing away with the insular, “closed-off” approach that has dominated the region’s jewelry industry in the past and embracing a collaborative plan for success.

“I really believe in the power of community,” Villarreal says. “My idea of elevating the jewelry industry in Monterrey in the future involves an open-door, mature process of working together to create better industry opportunities for everyone. Jalisco (a nearby state) has a jewelry chamber of commerce, and I see no reason why we in Nuevo León shouldn’t have one, too.”

For Villarreal, the CEO of jewelry company Orofina and vice president of operations for her family’s Marco Antonio Jewelry, the first step in that direction was to create a local chapter of the GIA Alumni Association in 2015. The group’s growth and engagement has exploded in just a few short years, and the Monterrey-Mexico chapter is one of the most active in the international GIA Alumni Association network, according to Kate Donovan, alumni relations manager at GIA.

“Having an open-door policy for former, current and potential GIA alumni allows us to reach people from all corners of the industry, from designers to new brands, to seasoned owners, bench jewelers and more,” she says. “We hold monthly meetings on different topics that relate to the jewelry industry and business itself. Getting a variety of topics covered by experts every month can be a challenge, but it is one that excites us and keeps the fire burning. We love a challenge because with it comes great growth and learning.”

“When you network, you learn from other people’s experiences and create a sense of community,” says Melissa Villarreal, founder of the GIA Alumni Association’s Monterrey-Mexico Chapter. “You also get to know other professionals who will work with you and get your business where it needs to be.” Villarreal, center, poses with her jeweler parents (on her right) and several members after a chapter meeting. Photo courtesy of Orofina

Villarreal’s investment in the success of the local jewelry industry, and her belief in the power of building a GIA network, came naturally.

As a third-generation jeweler, Villarreal grew up admiring her maternal grandmother, a jeweler who often traveled around the world and returned with “an exquisite selection” of gems. When Villarreal’s parents married, they, too, became jewelers. Her mother, Esthela, followed her own mother’s footsteps, and her father, Marco Antonio, took some classes at GIA.

“My father had the pleasure of meeting [former GIA president and “Father of Modern Gemology”] Richard T. Liddicoat, who graciously took him under his wing and showed him the ropes with dealers in New York City and California,” Villarreal says. “Some of them are still important to us, both in a personal and professional manner, to this day.”

Villarreal has fond memories of growing up around jewelry – playing with the tools at her parents’ store, taking family trips to trade shows – but didn’t choose it as her own path until later, after working in sales, design and fashion editorial for several years.

“I first learned about GIA from a very young age because of my father,” she says. “I even remember the GIA logo so well! I discovered that jewelry was my passion, too, and realized that I needed to have a strong education in jewelry and gemology if I was going to get seriously involved in the family business.” 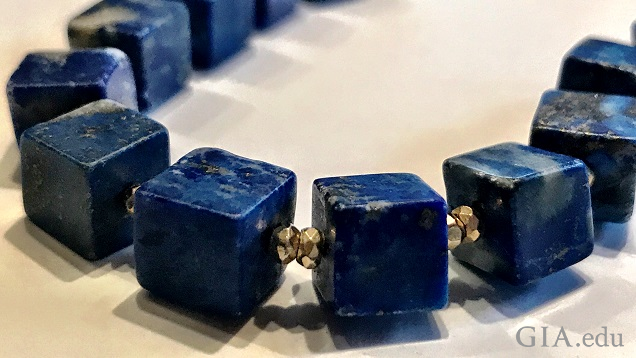 Villarreal earned her Accredited Jewelry Professional diploma through GIA in 2006, then worked for a jewelry company in Houston, Texas for eight years. She and her husband, Fernando, returned to Monterrey in 2014, and she began working for her parents’ company, overseeing everything from design to sales and customer care.

“Working on my AJP online, with flexible hours and comprehensive materials, was fantastic,” she says.

In 2014, Villarreal also launched her own brand, Orofina, focused on creating jewelry that “highlights the natural beauty of the one who wears it.” Orofina is not “fast fashion,” she says, but represents “timeless elegance that can be passed on from one generation to the next.”

One of her early pieces – her first engagement ring, in fact – was purchased by a high-profile couple, football star Antonio Briseño of Portugal’s Feirense, and Mexican model and socialite Alethia Sada. The couple’s wedding, and Villarreal’s engagement ring, with a 1.71-ct round diamond center stone and diamond melee, earned quite a bit of press. The couple loved it, and it was a fulfilling moment for Villarreal.

“The best part of my career is the human connection, and having satisfied customers,” she says. “The fine jewelry industry is all about luxury, it’s not a necessity. These are costly decisions that must be treated with respect. When they thank you afterwards, you know you did your job right – and when they even share personal family moments where your jewelry was involved, that makes it even more special. You’re building a relationship.” 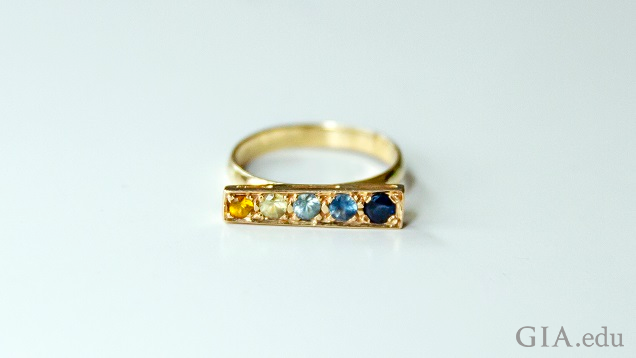 Villarreal was awarded a scholarship in 2015 to continue her GIA studies, and will begin the final stages of earning her GG diploma when she attends lab classes at the Carlsbad campus this fall.

She’s not alone: Villarreal has encouraged many attendees of the Monterrey chapter’s events to apply for GIA scholarships, and is proud to say that several of those people have also received them.

“A GIA education will allow them to keep growing in their preparation as jewelry professionals,” she says – as will the entire chapter.

“I strongly believe our efforts in the GIA Alumni Chapter are the stepping stone to a more open conversation between jewelers in Monterrey,” she says. “We can elevate it and lead it to becoming the design and manufacturing destination that I know it can be.”

Education teams create a step-by-step system and terms to evaluate jewelry workmanship – in the classroom and the trade.

The potential of 3-D printing is mind-boggling for jewelry design and manufacturing, where time, precision and cost-effectiveness are highly valued.