Daniel Wisner’s pulse quickened as he walked down the hallway with his mother to pick up his older brother from metalsmithing class. The closer they got, the louder the strains of Black Sabbath and rhythmically clanging hammers echoed down the hallway. The wide-eyed 9-year-old entered the arts center classroom and was immediately captivated.

“People were hunched over mandrills and forming stakes, hammering away at silver bowls, while my brother, Justin, was in the corner with a blow torch and massive, Mad Max-style goggles shielding his face,” remembers Wisner, a GIA Jewelry Design and Technology (JDT) graduate and co-owner of Brooklyn jewelry design firm Matthias & Wisner. “The instructor stood front and center, hair past her waist, encrusted in silver from head to toe. I immediately felt at home in the metal shop and from that point on, I wanted to be a jeweler.”

Wisner anxiously waited for his 11th birthday when he could join his brother in an apprenticeship with the instructor, silversmith Kristen Alice Urffer. The brothers studied alongside Urffer for the next five years.

“Kristen did things the old way, and really drove home the ‘practice makes perfect’ maxim,” he says. “She instilled in us patience and dedication to the craft. Her focus and ‘do it again’ mentality gave me the backbone to continue in the industry.” 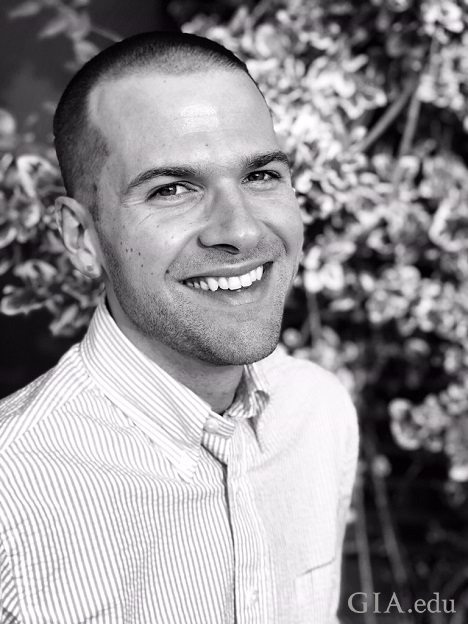 Daniel Wisner, JDT, has a diverse artistic background including sculpture and performance art, though jewelry has been his focus since an apprenticeship with a silversmith at just 11 years old. Wisner operates the Brooklyn-based design firm, Matthias & Wisner, with his brother, Justin. Courtesy of Daniel Wisner.

Wisner then apprenticed with a production jeweler before heading to Kutztown University of Pennsylvania to earn his Bachelor of Fine Arts in Enamel and Jewelry Arts. While there, he worked as a studio monitor in the school’s metal and jewelry arts program and began a small business creating commissioned jewelry pieces.

He graduated from Kutztown in 2014 and was awarded a residency and yearlong staff artist position at the Vermont Studio Center (VSC) in Johnson, Vermont. As the end of Wisner’s year of experimenting with sculpture, performance art, and his longtime favorite – jewelry design – at VSC drew near, he began to explore work as a designer in New York City. He was soon hit with an uncomfortable reality.

“I quickly found that while my artistic skills were on par with industry expectations, my technical knowledge was lacking,” he says. “I’d spent years working on techniques that were no longer used industry-wide. Though I knew how to talk to a jeweler about making a three-stone engagement ring with a cathedral setting and could show them a sketch, I didn’t know how to produce it in CAD – or even what CAD was.”

After one disappointing job-hunting trip, Wisner remembered that another mentor, jeweler Janna Gregonis, had told him about GIA and how it could give him an “unparalleled education” and “a better edge against competition in the job market.” He did some research and was surprised to learn that GIA offered a seven-month intensive program in Carlsbad on CAD and design. He applied to the program and for a scholarship the next day.

A few months later, Wisner received a letter stating he had received the scholarship in whole.

“I could barely speak,” he says. “I knew from that moment that my life just made a major shift.” 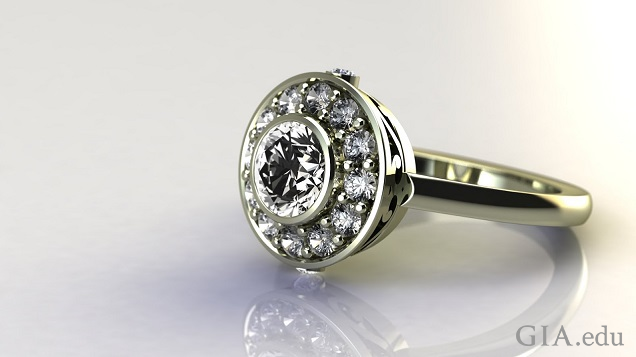 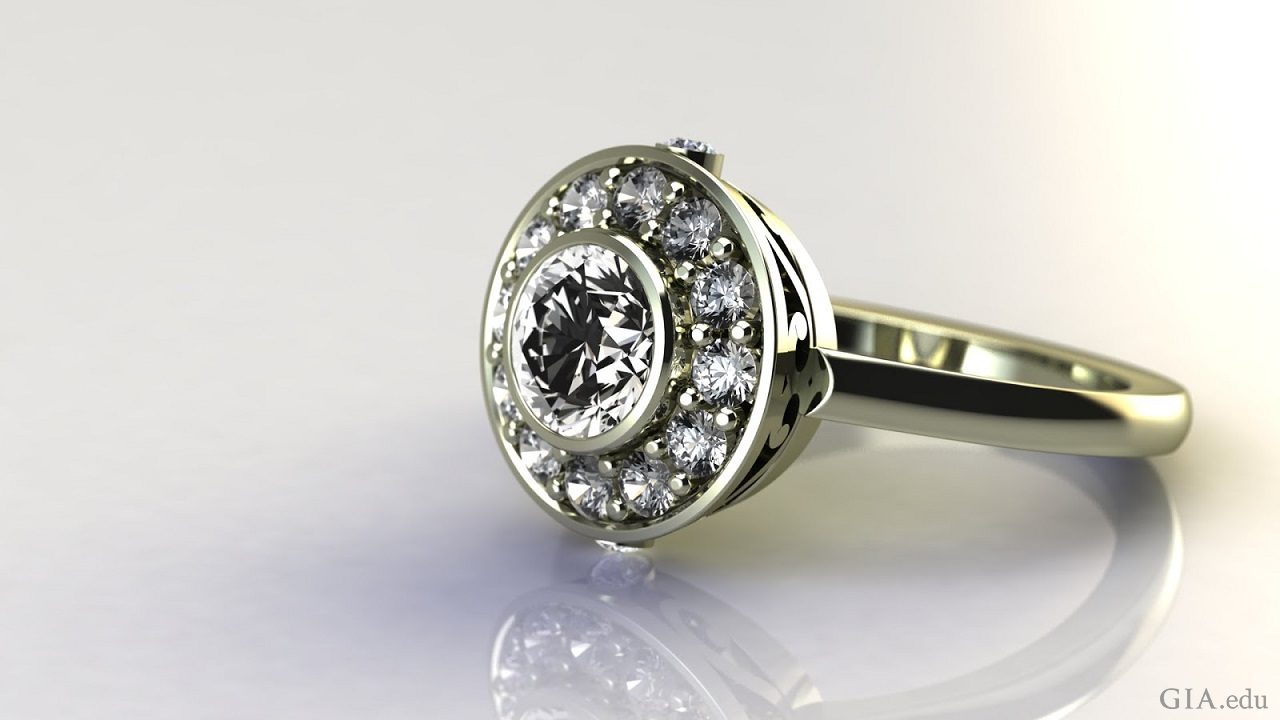 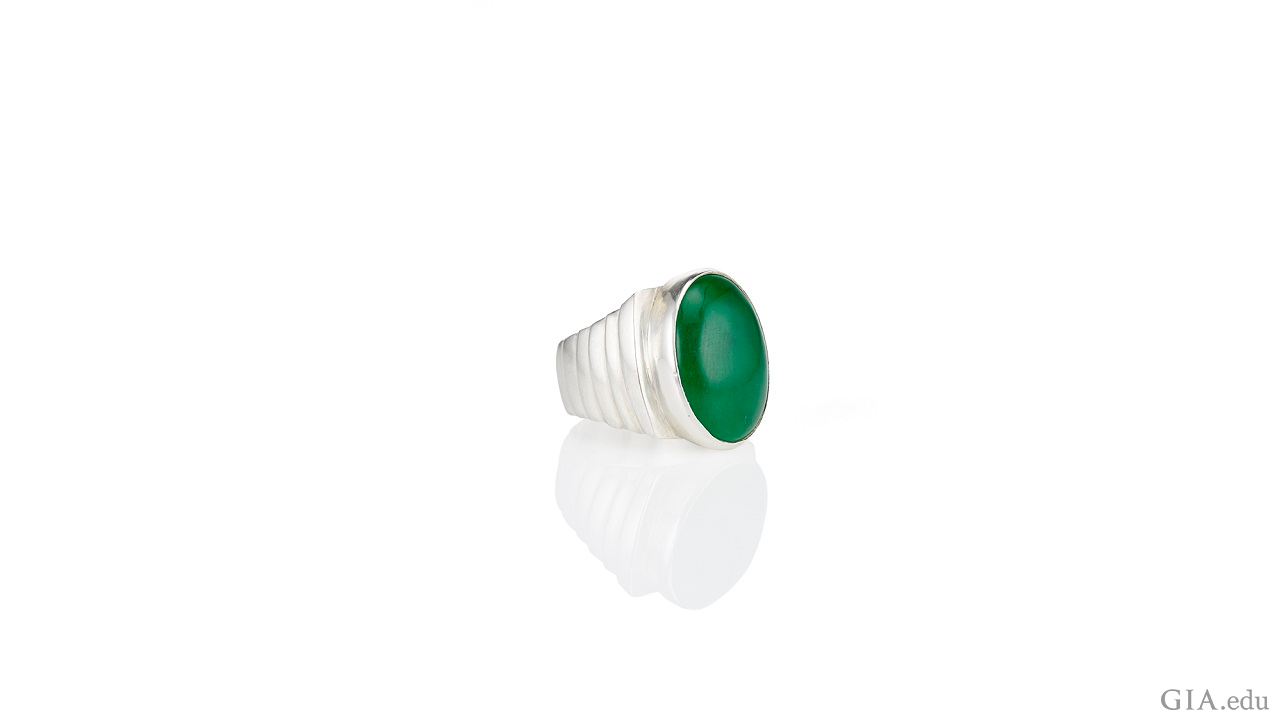 That life change was dramatic: Wisner moved from the East Coast to Southern California in 2016. His brother Justin, who had also trained as a jeweler and blacksmith and was working in jewelry sales, moved with him to help support him while he threw himself into the intensive program. Wisner attended every student lecture, checked out stacks of books at the “second-to-none” Richard T. Liddicoat Gemological Library and Information Center almost daily, and focused on showing up every time.

“These classes are grueling and long, filled with painstaking detail and work, but that’s exactly why you should come to class every single day,” he says. “So much happens in one day, it can set you back more than you think just by missing even an hour.”

Wisner clearly remembers a day in class when he was “mesmerized” by the “absurd levels of detail” he and his classmates learned to create a piece of jewelry in Matrix. His instructor told him it was “just the beginning” of what was to come in technology.

“At the time I couldn’t believe that CAD could get any more advanced than what I’d just experienced, but now I know how right he was,” Wisner says. “The JDT program prepared me to enter the industry as a technical designer and gave me the tools and knowledge I needed to get started.

“I learned more in seven months about technology, stone grading and business practices than I ever thought possible, and my base of knowledge is more expansive than I ever hoped. I feel more confident and in control of my work than ever before and know that I’m able to create exactly what I’ve drawn on paper using the knowledge I gained during my time at GIA.” 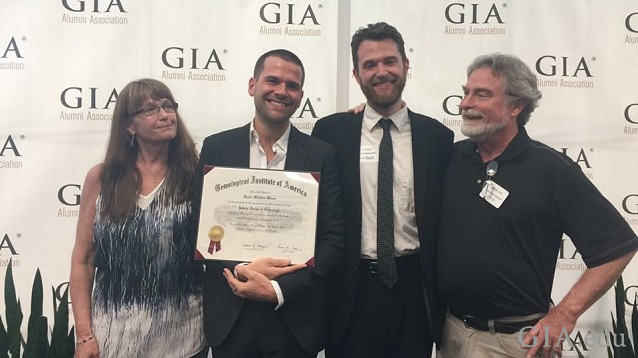 The Wisner family – from left, mother Lydia, Daniel, Justin and father Peter – celebrate Daniel Wisner’s 2017 graduation at GIA in Carlsbad. “The community one can create while attending GIA is without a doubt a cornerstone to building a successful career as a jeweler, designer, gemologist or business owner,” Wisner says. “The people I met during my time at GIA have become my support group and lifeline for how to navigate the industry.” Wisner and his brother often source stones for their design house, Matthias & Wisner, through friends he met at GIA. Courtesy of Daniel Wisner.

Wisner’s hard work paid off – within six months he had a full-time job as an assistant technical designer at Alexis Bittar. Though his own company was successful, he felt it was important to work for and with other professionals.

He also continues to operate Matthias & Wisner – homage to his parents’ surnames – with his brother. They create commissioned jewelry together, and Wisner says their work complements each other.

“I tend to focus on the stones, and Justin is more metal-focused,” Wisner explains. “And I hold fast to some of the ‘rules’ of design, while Justin’s organic design background frees him of that cage. Our aesthetics are quite similar, though, and we both have classic taste, focusing on using the best materials and creating timeless profiles. This leads to a harmony of contemporary classics.”

They’re both avid students of history and distance themselves from trends in favor of comfortable, wearable jewelry and lasting style, looking to “the greats” like Audrey Hepburn, Steve McQueen, Jackie Onassis and David Bowie for inspiration.

“This piece is super-fun,” Wisner says. “It’s a two-piece construction that allows the owner to put anything they want inside the ‘cage’ prior to completion, from a pearl to a rough stone to a memorial object. The ‘cage’ is then laser-welded together to ensure the object’s safety.” Courtesy of Matthias & Wisner.

“Style is inherently personal,” Wisner says. “Learning how to interpret style gives someone the key to learning how to design what a client really wants.”

As the brothers look forward to growing the business and create a new line of jewelry, Wisner has no plans to stop learning.

“Technique and technology are crucial to successful design,” he says. “Staying current with technology in our industry allows for new possibilities within design – when we stop being restricted by possibility and are allowed to express ourselves, we can create without concern. That’s why I attended GIA, and why I continue to push for development today. Our industry grows every day, and with it, so should we.”

Education teams create a step-by-step system and terms to evaluate jewelry workmanship – in the classroom and the trade.

The potential of 3-D printing is mind-boggling for jewelry design and manufacturing, where time, precision and cost-effectiveness are highly valued.