“The body of the spider rotates 360 degrees, the legs move at the ball and socket joints, and the egg spins within its web cradle,” explains Fandino, who calls her artistic aesthetic “diverse” and “eccentric.” The piece, along with a painting created by Fandino, was also recently selected as a finalist in the Boone Art Gallery’s Annual Juried Exhibition, and was on display at the gallery in Pasadena through January 2018.

Until just a few years ago, Fandino’s career in the fine arts was focused on painting and acting. Her family immigrated to the United States from Manila, Philippines in the mid-1980s, eventually settling in Oceanside – a coastal city north of San Diego. Fandino describes herself as an artist “from the start,” and entered competitions from a young age.

She continued to sell paintings privately as she grew, though her art took the direction of acting for years – she appeared in TV shows, independent movies and feature films, such as Anne Hathaway and Jake Gyllenhaal’s “Love & Other Drugs.” Jewelry was not on her radar as a profession or method of creative expression, even though she knew more about it than the average consumer and enjoyed collecting stones as a child.

“My family did not come from a jewelry background, but my mother was the poster child for jewelry obsession,” she says. “I learned a lot about jewelry because of her influence. By 9, I already knew what the 4Cs were, and what a diamond-cut chain looked like. I was proud to know the difference between ‘carat’ and ‘karat.’ I had an appreciation for metals and was an avid collector of raw crystals and stones. 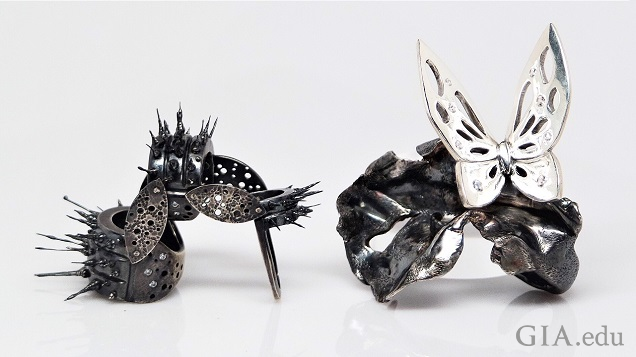 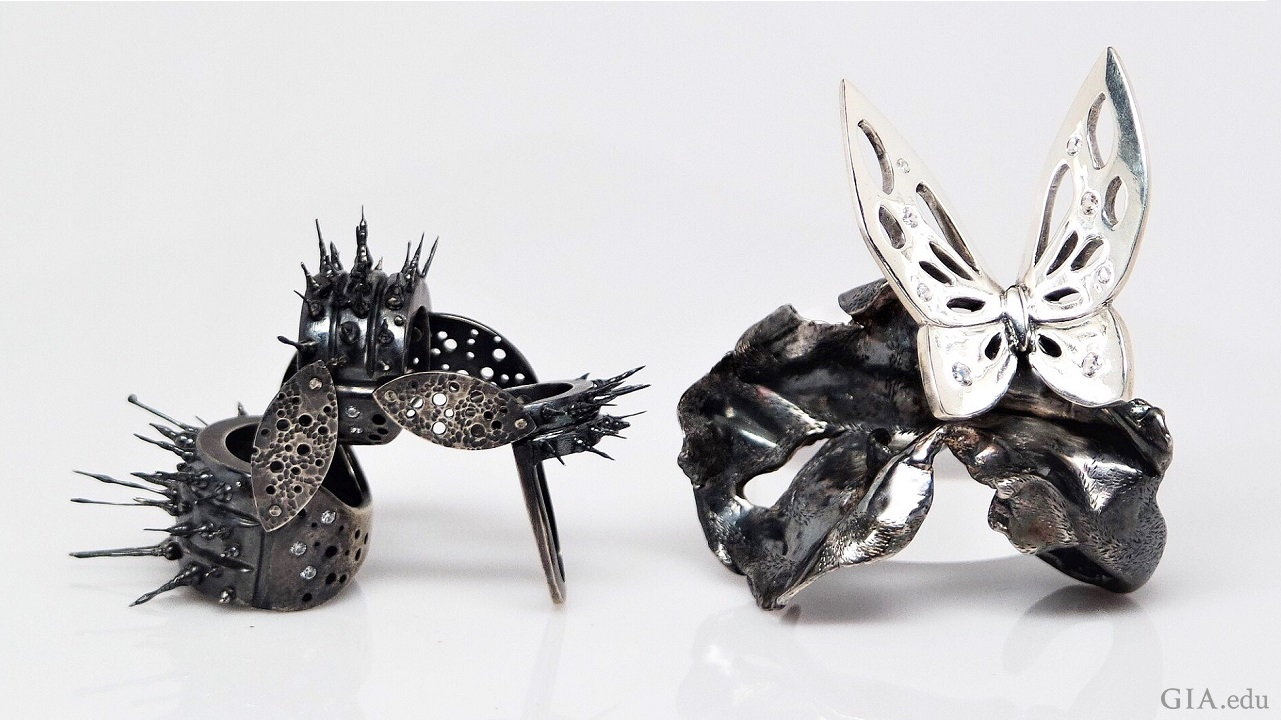 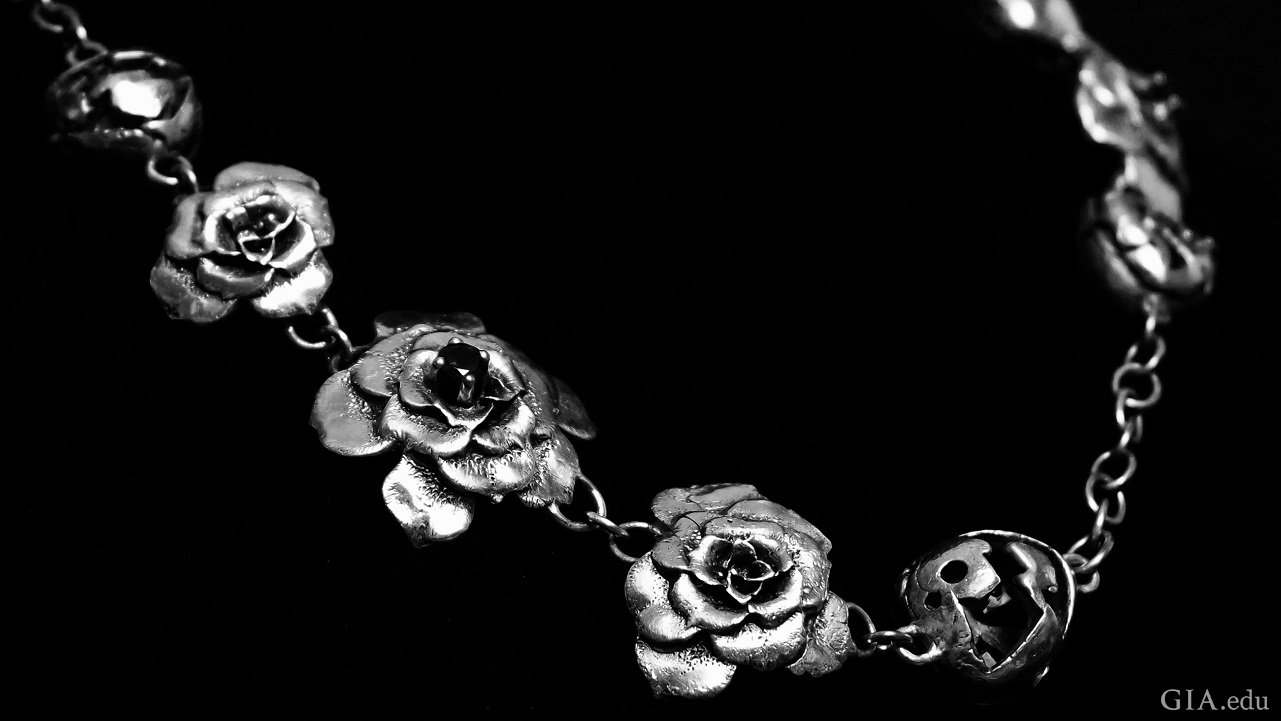 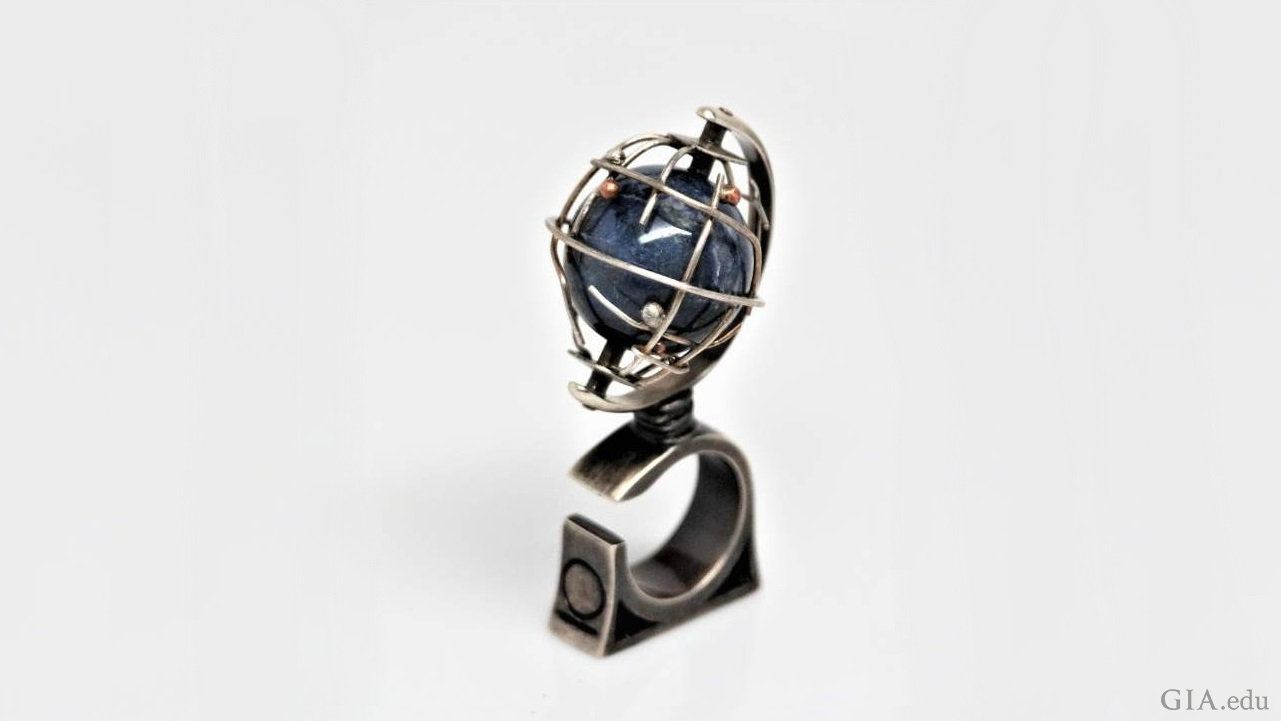 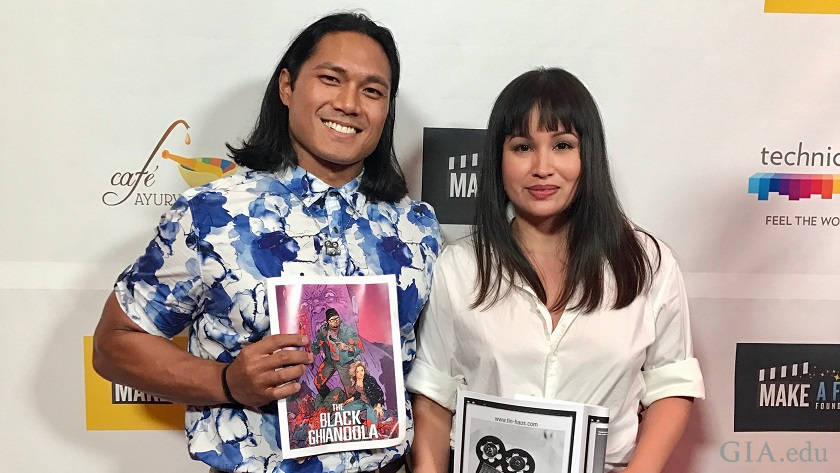 “I heard about GIA frequently from a young age,” she says, “I grew up informed that it’s where you went to get jewelry training, but didn’t understand how much it would later instrumentally influence my life.”

In 2011, that changed when she had a “chance meeting” with a jewelry store owner who taught her wire-wrapping techniques.

“I felt like I shot to the moon and back!” she says. “A GIA scholarship afforded me the opportunity to go to the institution I’d looked up to growing up, and gave me the confidence to pursue this new path without holding back. It was truly humbling and an honor.”

A self-described “perfectionist,” Fandino says she tried to absorb everything she could while studying in Carlsbad.

“I felt like there was so much to learn,” she says. She spent lots of time talking with her instructors, getting suggestions from librarians at the Richard T. Liddicoat Gemological Library and Information Center and utilizing the resources of Career Services. 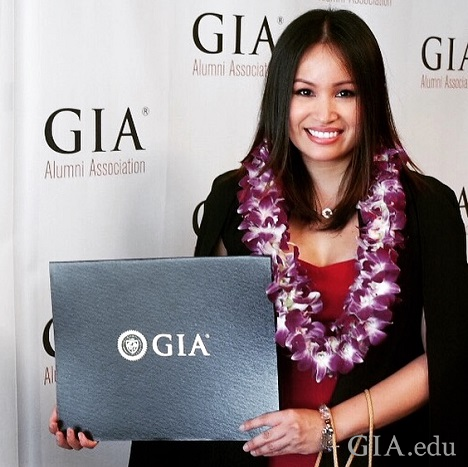 “Our drive was led by one goal – to use our gifts and talents for change,” she says. “Through the company, we have been able to donate a portion of the profits towards causes and non-profit organizations we care about and are deeply passionate about.” 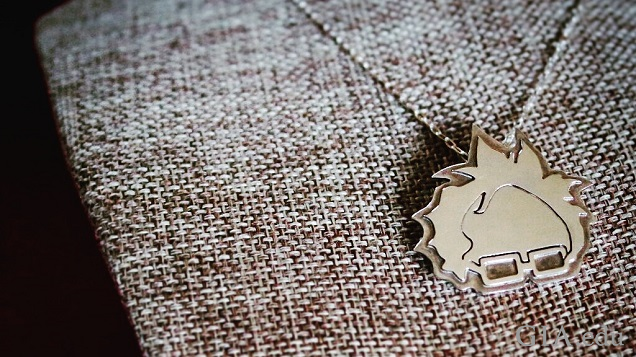 Fandino moved back to Los Angeles after her GIA graduation, working as a master jeweler and design consultant for a Beverly Hills firm before she realized she wanted her work to truly be her own.

“I wanted to channel all of my good, artistic energy toward stretching my craft by way of school and expanding TIN HAUS,” says Fandino, who is earning her Bachelors of Fine Arts in Metals at California State University. “And due to the intensive training I received from GIA’s Graduate Jeweler program, I’ve experienced leaps and bounds creatively and professionally.” 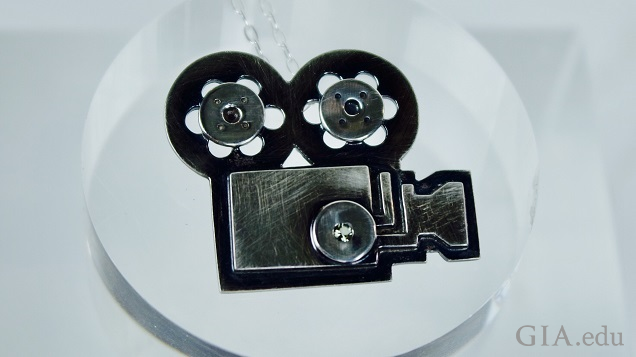 Her designs have been featured in Maxim and Flaunt magazines, and her acting and jewelry worlds also collided when Fandino was asked to be the official jeweler of the Make a Film Foundation (MAFF), a nonprofit organization that helps terminally ill young people realize their filmmaking dreams. When MAFF recently helped a 16-year-old cancer patient direct a movie starring Johnny Depp, Laura Dern, David Lynch and J.K. Simmons, Fandino made sterling silver pendants for the cast and crew – including directors Catherine Hardwicke, Sam Raimi and Theodore Melfi – as a thank you for loaning their time and talents.

That pendant, named the “I AM,” is set to be the cornerstone of a larger collection – the first full line – launched by TIN HAUS later in 2018.

“The process of creation is what fuels my fire,” she says. “I’m an artist with complex and eccentric ideas, and I don’t watch what other people are doing. If I was encumbered by that, I wouldn’t get anything done, and my work would start to look like everything else you see out there. Concepts and ideas should come from a deeper place – I believe in creating from the heart first, and the fruits of your labor will follow.”