There’s one question that keeps award-winning jeweler and gem cutter Derek Katzenbach motivated to “push the boundaries” of his own skills: “How did you do that?”

Katzenbach, a GIA GJG, asks it of the artists he admires, and he hopes his designs can pique a similar curiosity.

Katzenbach’s work has earned the New Jersey native two honors from the American Gem Trade Association (AGTA) in the last two years. In 2016, he won “Best Use of Color” in the Summer AGTA Spectrum Awards for a bicolor tourmaline ring created for a client, and in 2017, he took home first place honors in the Spectrum Awards’ “Objects of Art” category for his “Colors of Maine” gemstone kaleidoscope.

The recognition is exciting and humbling for Katzenbach, who owns Katzenbach Designs, a studio in the mountains of Maine that specializes in locally sourced tourmaline, precision faceting, fantasy-cut gemstones and custom-designed jewelry.

“My philosophy when designing a piece is to follow what the stone tells you,” Katzenbach says. “The best pieces come from taking risks throughout the process – it’s the only way to develop your own style and see what will work.” 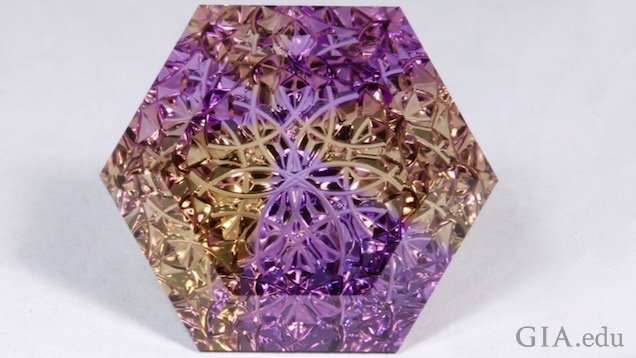 Katzenbach, who counts artists like Dalan Hargrave, Ryan Joseph Anderson and Richard Homer among his inspirations, did not set out to become an artist or jeweler. He first moved to Maine to study marine biology, and though the subject had been a laser-focus for him since elementary school, something “didn’t click” once he began his studies.

During that time, Katzenbach visited a local gem show.

“I spent a week’s pay in about an hour, then went to the ATM and did it again,” he says. “I had zero experience buying, setting or designing stones. But I was officially addicted, and I didn’t know what had hit me.”

That summer, Katzenbach worked at a store that sold a variety of gifts, from knives to locally made jewelry. His boss showed him how to set stones in pre-notched settings, and Katzenbach began to introduce himself to others in the field who could help him navigate this newfound interest. 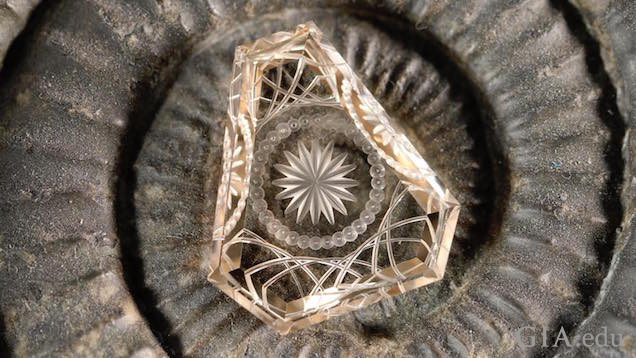 One jeweler in town connected him with local bench jeweler Addison Saunders, who became a mentor and friend. He took lessons with her for a year, learning foundational skills such as soldering and basic settings, before moving across the state. Ron Gelinas, the owner of Farmington’s Mainestone Jewelry, told Katzenbach that though he wasn’t hiring, he would show him some repair skills on Saturdays. The two struck up a friendship as Gelinas taught him how to do chain repairs and resizing.

Eventually the holidays arrived, and Gelinas offered Katzenbach his first job in the gem and jewelry industry. Katzenbach was elated, and soon began to ask Saunders and Gelinas where he could pursue further knowledge and skills. “I felt it was incredibly important to be educated properly,” he says. “They both pushed me to go to the best school in the world, GIA.”

He arrived at the Institute’s Carlsbad World Headquarters in 2005 and immersed himself in gemology and benchwork studies. Katzenbach says the instructors “went above and beyond” and he took advantage of every opportunity to learn.

“I was extremely driven,” he says. “I spent most of my spare time checking out books and instructional DVDs from the library. The amount of knowledge that sits in that building is staggering, and motivation was everywhere. Walking the halls, you see incredible displays of jewelry, minerals and faceted stones.” 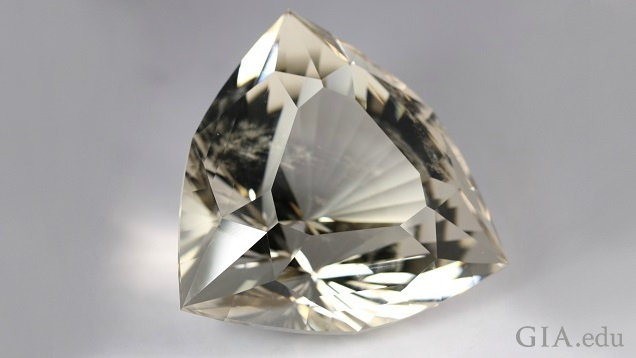 This 1,452-ct, trillion-cut smoky quartz, mined at Maine’s Mount Mica, earned Katzenbach the record for the largest faceted gemstone ever cut from Maine. The gem is as big as the palm of a hand. Courtesy of Derek Katzenbach

Katzenbach passed the 20-stone exam for his GG diploma on the first try, and said that as much as he had to work, it almost felt “effortless.”

Returning to work at Mainestone after his 2006 graduation, Katzenbach was able to utilize his skills immediately as he worked on repairs, appraisals, stone cutting and custom work.

“It was the holidays – the busiest time of year for jewelers – and I was able to handle every project I was given with ease because of my GIA experience,” he says.

After a year, he began to travel around the state, selling Maine tourmaline to other jewelers. That experience, he says, opened the door to starting his own business in 2010.

“My career has been all over the place, and I try to do a bit of everything,” Katzenbach says. He wants to work on perfecting his engraving techniques, using the skills Hargrave showed him to carve larger sculptures. He also continues to create custom designs, such as the award-winning tourmaline ring. 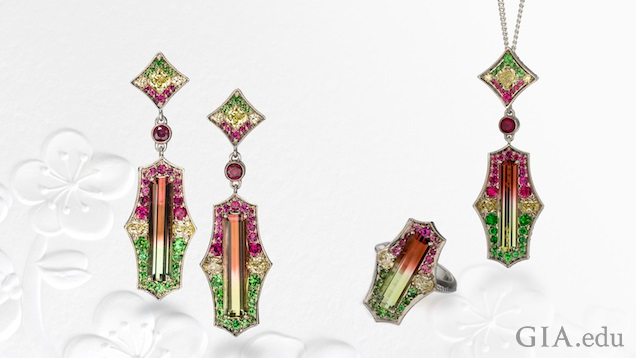 This matched bi-color tourmaline suite, including an AGTA Spectrum award-winning ring, was designed by GIA alumnus Derek Katzenbach and recently gifted to GIA by a private donor in memory of Nicholas Scott Golden, University of Maine Geology student to the Institute by a private donor. The 14K white gold pieces, featuring tourmalines from California’s Himalaya Mine, also feature yellow diamonds, tsavorites, and rubellite. Photo by Orasa Weldon/GIA

The client who purchased that ring also commissioned a matching pendant necklace and earrings, and recently gifted the entire suite to GIA.

“Having that suite donated to GIA makes that award mean even more,” he says. “GIA was the starting point for so much knowledge and hard work. I’m so happy to see pieces of jewelry like that being preserved, shown to students, and kept in the place that gave me the knowledge to do such fine work.” 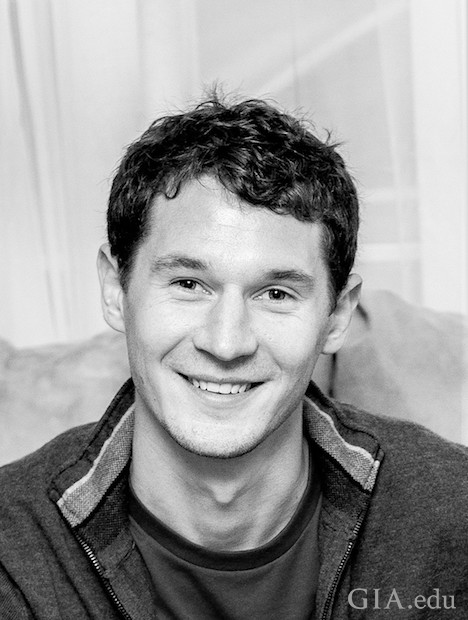 Derek Katzenbach, GJG, is an award-winning jeweler and gem cutter who studied at GIA’s world headquarters in Carlsbad in 2005 and 2006. His advice for current students? “Utilize the library,” he says. “The Richard T. Liddicoat Gemological Library and Information Center is world-class, and you will most likely never again have the opportunity to access so much knowledge about our trade, right in front of you.” Courtesy of Derek Katzenbach

And though he’s created award-winning designs and one-of-a-kind pieces for clients, Katzenbach’s favorite piece of jewelry is his own hammered gold wedding ring, made of gold nuggets from a nearby river that he melted down. Katzenbach, who lives in Farmington with his wife, Laura, and their children, Kyran and Scarlett, knows that piece may be hard to top, but looks forward to what lies ahead.

“The best part of my job is looking for the next big project,” he says. And whatever that project is, Katzenbach says if his designs inspire curiosity, he knows he’s doing something right.

“It means I’m on the right track.”

GIA grad Niveet Nagpal, president and head designer of Omi Privé, showcases his love of gems and brings them to life in his designs.