The romance of precious opal begins when you catch the first glimpse of its movement with dancing light. Opal’s play-of-color can be compared to a lyrical dance, sometimes expressing itself as a grand jeté of bold, broad flashes of color, other times as smaller, quicksteps of pinpoint flashes. 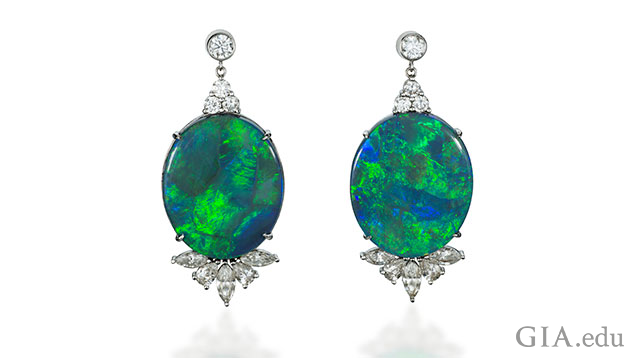 Green and blue play-of-color flit playfully in this pair of black Australian opal earrings. Courtesy of Rodriguez and Sons. Photo by Robert Weldon/GIA

Scientists believe most opal deposits formed 15 to 30 million years ago in desert areas rich in silica. Strong seasonal rains drenched the earth and soaked deep into rock, carrying dissolved silica, a compound of silicon and oxygen, with it. When much of the water evaporated during dry periods, deposits of silica solidified and formed in cracks between the layers of underground sedimentary rock, producing opal. 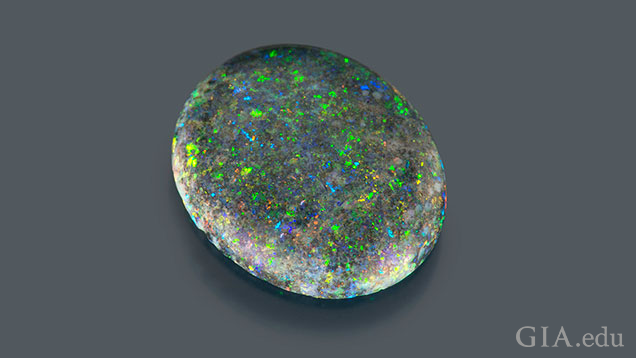 Notice the small flecks of green, blue and orange play-of-color in a pinfire pattern in this opal from Andamooka, South Australia. Courtesy of the Dr. Edward Gübelin Collection. Photo by Orasa Weldon/GIA

The shifting spectral color of precious opal is a result of light that reflects off its closely packed silica spheres. The arrangement and size of the spheres result in the varying patterns and colors of the opal’s play-of-color, including: 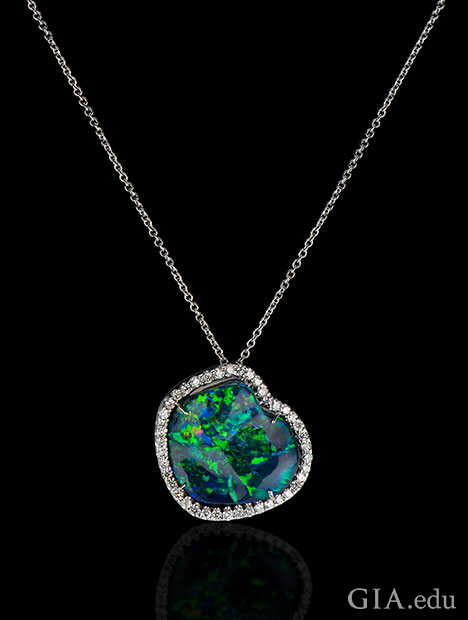 In addition to the size, shape and arrangement of its silica spheres, opal’s underlying body color contributes to its overall appearance: 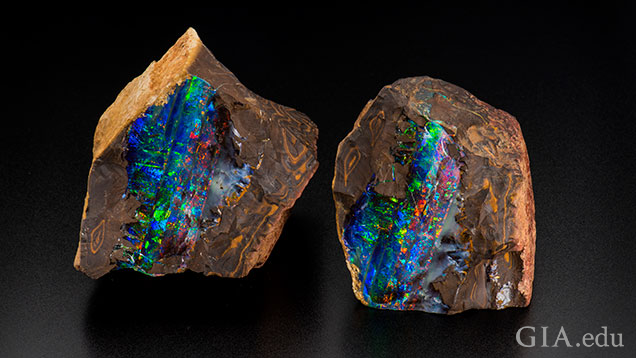 The matrix in boulder opal often adds a beauty of its own. Courtesy of True Blue Opals & Gems. Photo by Robert Weldon/GIA

Boulder opal has a thin layer of precious opal that is cut to include matrix, which serves to reinforce the gem. Often cut in one-of-a-kind shapes, it offers designers and consumers an affordable alternative to black opal.

Common opal, also called potch opal, is an opaque gem-quality variety showing no play-of-color and occurs in pink, blue and other colors with high to low saturation and varying patterns. 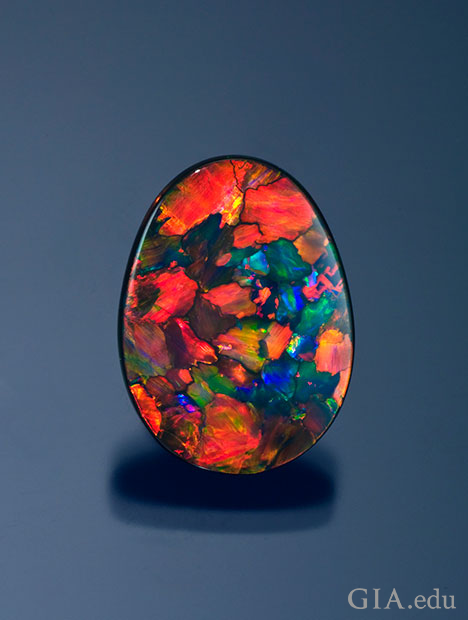 This 13.60 ct Australian opal from Lightning Ridge is a showstopper. Courtesy of Gerry Manning, Manning International. Photo by Robert Weldon/GIA

The modern birthstone of October, along with tourmaline, opal was dubbed “queen of gems” in ancient times because of its flashes of reflected light. Humans have been intrigued by gemstones since antiquity and developed a passion for them as they acquired wealth. Mines in the region of Hungary supplied opal to ancient Romans and continued to produce for more than 2,000 years, until 1922. 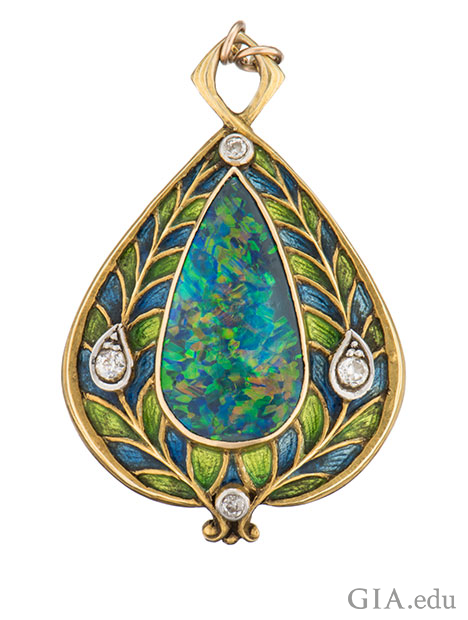 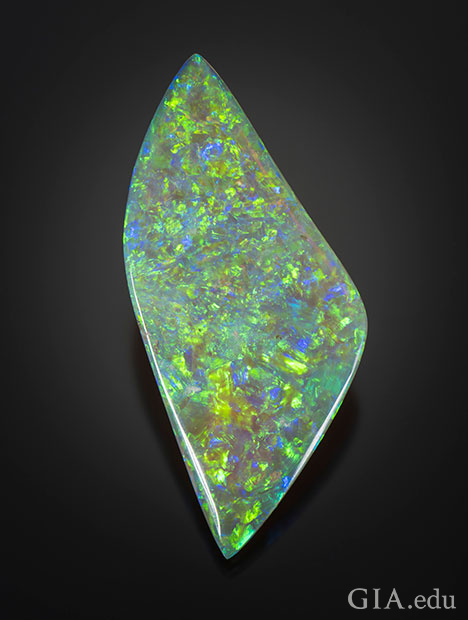 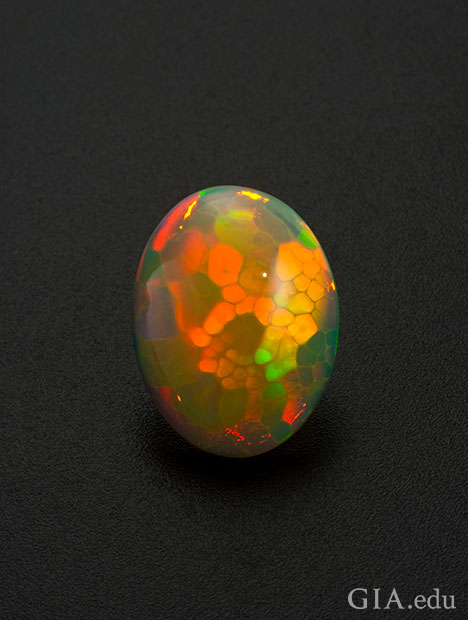 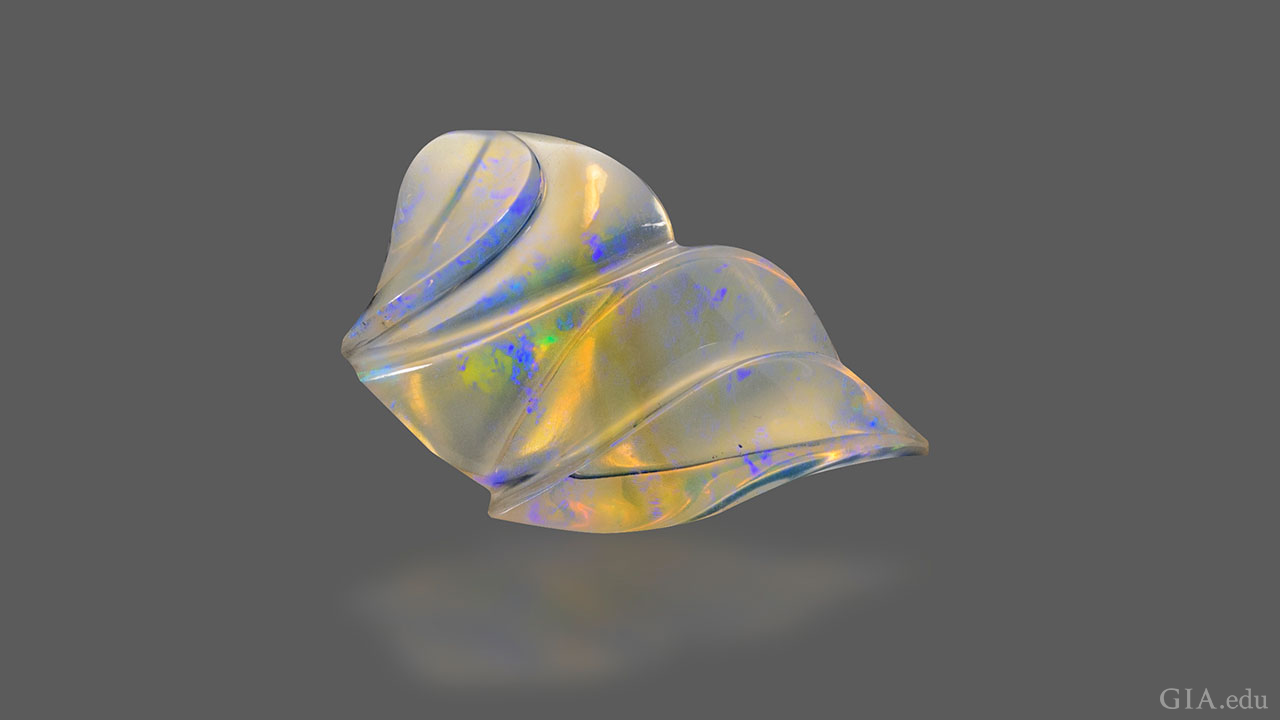 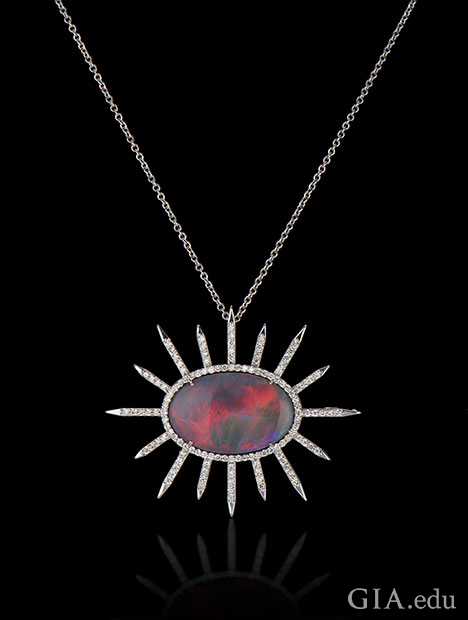 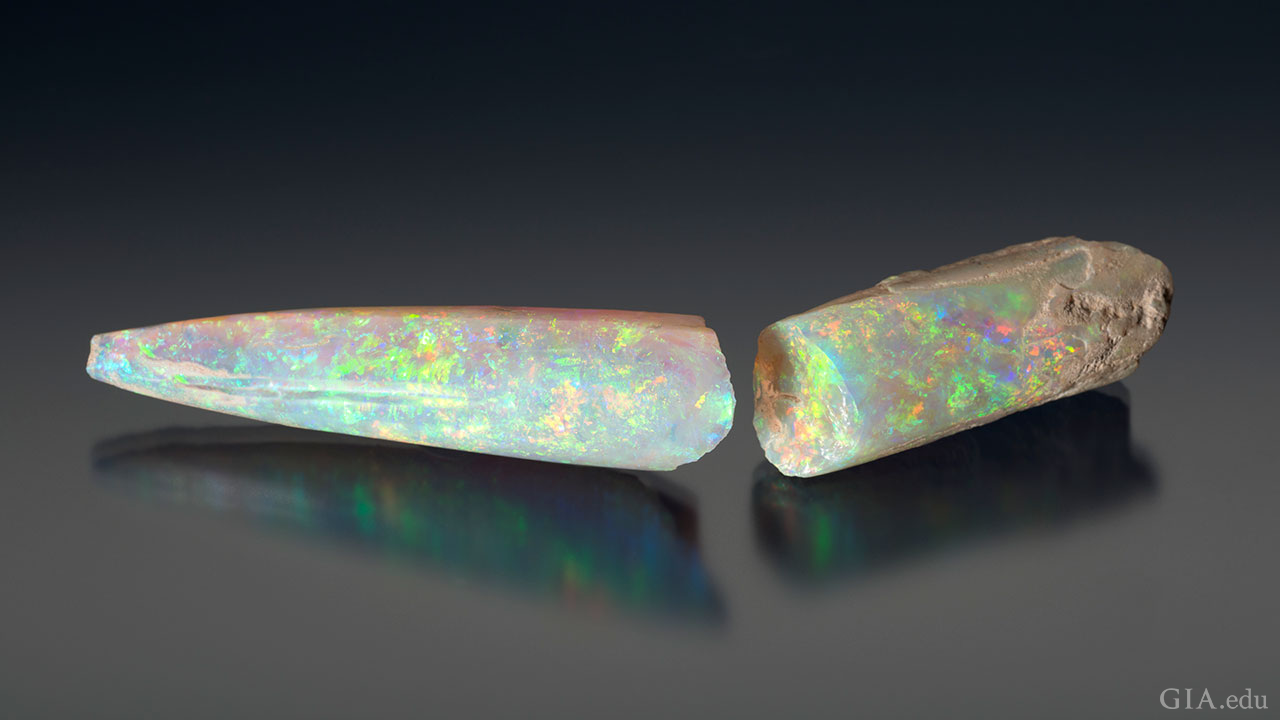 Australia’s outback began opal production in the 1890s. Lightning Ridge, Andamooka, Queensland, White Cliff and Coober Pedy are noteworthy Australian localities for black opals. Some opal sources in Australia are thought to have formed about 400 million years ago. For example, the Great Artesian Basin of Australia, once an inland sea, is a well-known region for today’s opal. Opalized fossils from the age of dinosaurs have been uncovered in opal fields. Most of these come from Cretaceous marine and freshwater aquatic reptiles 100 to 120 million years old. Any material, such as shell, bone, and wood that can become fossilized, can also become opalized. 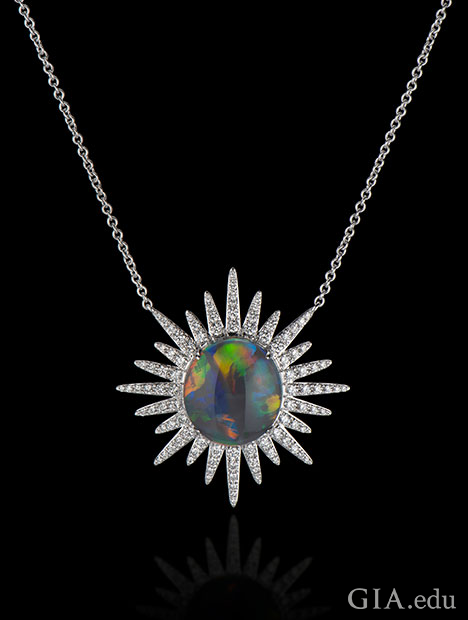 Queen Victoria began to wear black opals from Lightning Ridge, Australia soon after they were discovered there. Design houses Tiffany, Lalique and Cartier also began the romancing of black opal, featuring them in Art Nouveau jewelry. 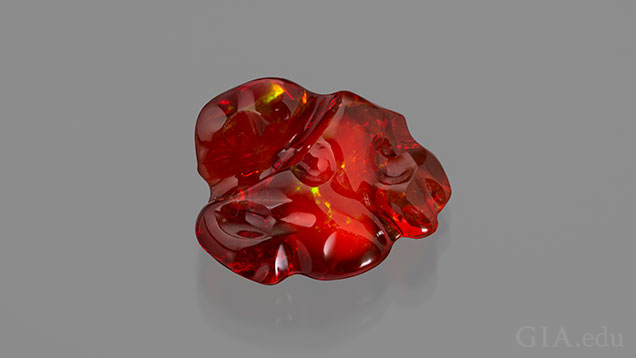 Mexico is also a major source of fire, crystal and water or jelly opals, and Ethiopia is producing precious opal.

Treat your opal with gentle care. It is a delicate and soft stone (5.5-6.5 rating on the Mohs hardness scale) and because it contains 5-20 percent water, it should not be allowed to dry out too rapidly or it may crack.

If you heed this advice, you will enjoy many happy years with your lively, colorful, precious opal.

Learn more about opal’s history and lore in the Gem Encyclopedia and its significance as one of October’s birthstones.

Boulder opal is becoming more and more popular. Australia’s central Queensland is the home of more than a dozen of sources of this stone. Come with GIA field gemologists to find out more about this unique gem.

At the AGTA show, Rod Griffin (Rod Griffin Boulder Opals, Silverado, California, and Queensland, Australia) told us that the world market for all types of opals continues to be strong, but Australia’s opal industry is shrinking due to the costs, challenges, and changing regulations of mining.

Australia is the most famous source of opals in the world. The black opals from Lightning Ridge are the most valuable opals ever produced. Journey with us on this expedition to the Australian outback to see how these rugged individuals mine opals and why they chase the rainbow of color.