Revival jewelry embodies a long-standing tradition of drawing inspiration from the past – either by copying or reinterpreting ancient motifs. It is a way for us to wear jewelry pieces that connect us to the rich history of the beginning of civilization.

Archaeological Revival was spurred by discoveries of buried artifacts – after the eruption of Mt. Vesuvius in 79 CE – uncovered in the cities of Herculaneum in 1738 and Pompeii in 1748. A century later, haphazard excavation techniques had improved somewhat, creating a second wave of interest in revival jewelry prompted by discoveries in Etruscan burial sites.

After opening the Regolini-Galassi tomb in 1836, jewelers Fortunato Pio and Alessandro Castellani were granted access by papal authorities to study the ancient gold jewelry. They were also given access to huge collections of antiquities between 1840 and 1850, making it possible for the Castellani family to study the art of Etruscan granulation, filigree and other gold work. They began to uncover the mystery of how the ancients created their designs by soldering detail to the metal rather than carving, punching, or cutting.

Eugène Fontenay was one of the leading jewelers working in France in the third quarter of the century and his jewelry was considered among the most technically refined of the work produced at this time. This gold Etruscan revival pendant features matte enamel decoration, rose-cut diamonds, granulation, and beading, all associated with the work of Eugène Fontenay (1824–1887) and archaeological revival jewelry. Courtesy of The Metropolitan Museum of Art. Photo by Joseph Coscia.

Michelangelo Caetani, an Italian scholar interested in literature, sculpture and goldsmithing, encouraged them to concentrate on ancient-style jewelry, providing them with models of the finest jewelry examples from antiquity. Through their association, he became a pivotal influencer of their designs. The Castellani firm also incorporated Egyptian scarabs into their designs.

Jewelry took its inspiration from a variety of sources in the 19th century, including from Renaissance pieces that survived and those that were preserved in jewelry design books. A colored gemstone or pearl as the central focal point, surrounded by smaller gems, was a hallmark of the Renaissance Revival style of pendants, brooches and earrings. Various enameling techniques were often used as colorful accents. 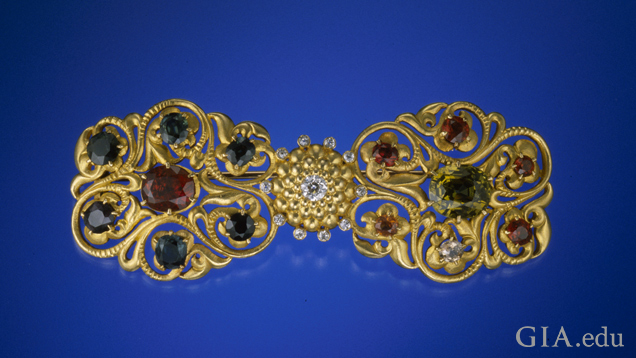 Renaissance-themed costume balls were popular during the 19th century and great effort was taken to recreate the period costumes and jewelry worn at these lavish events. 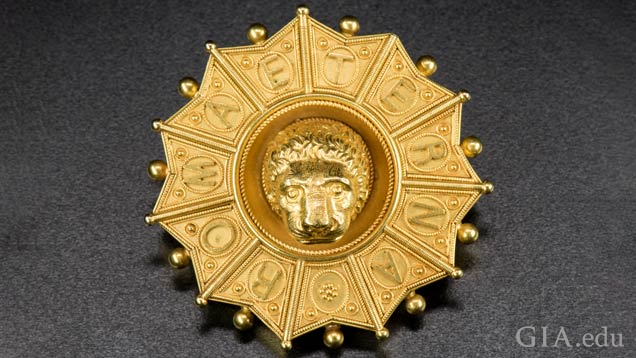 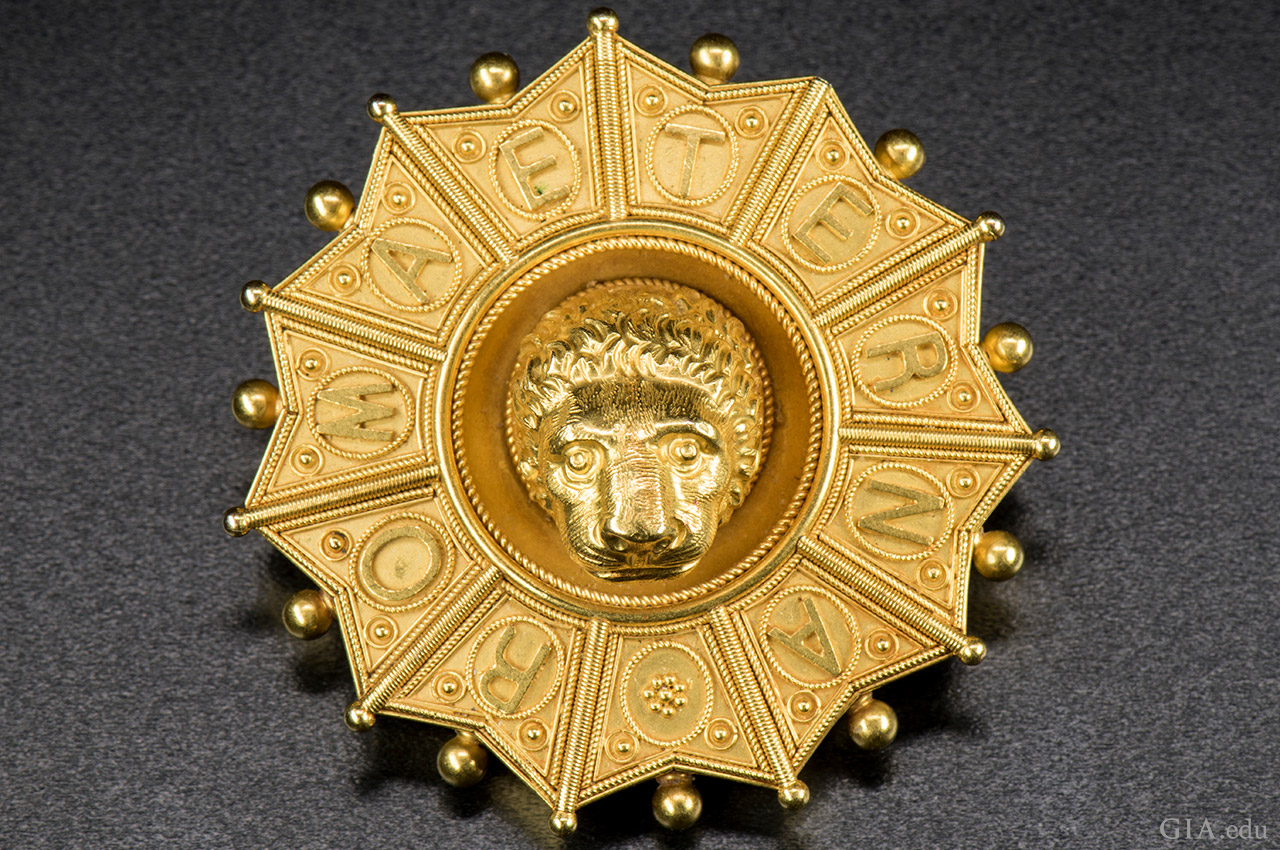 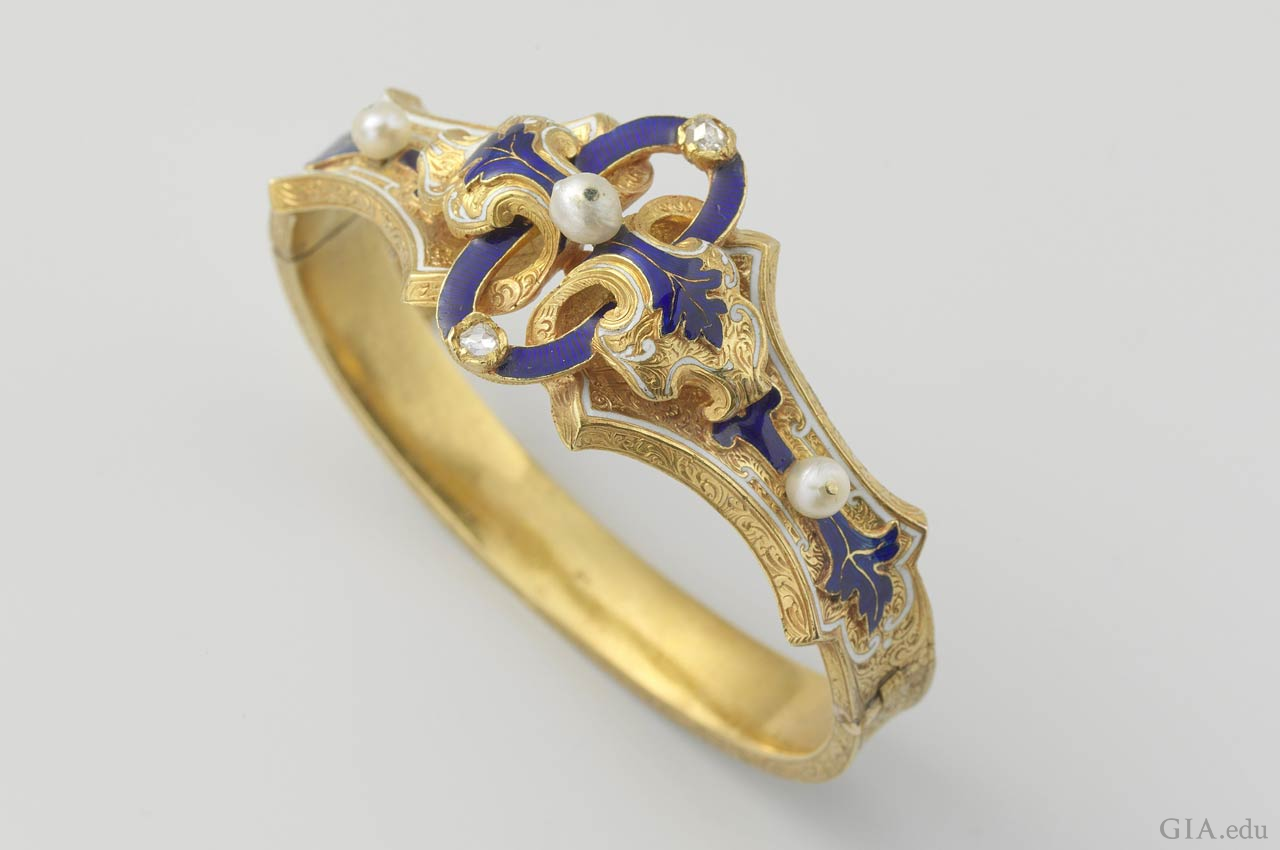 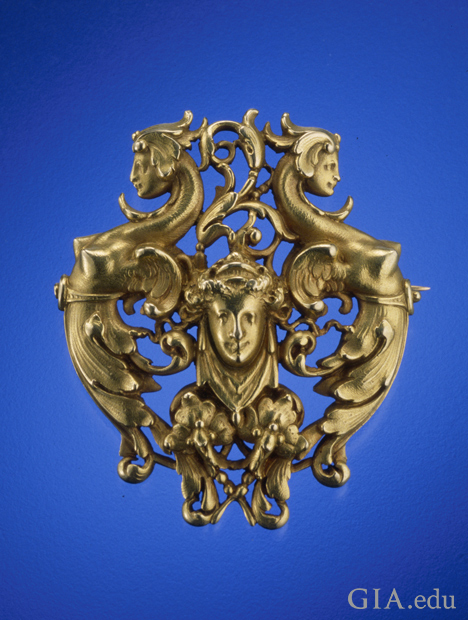 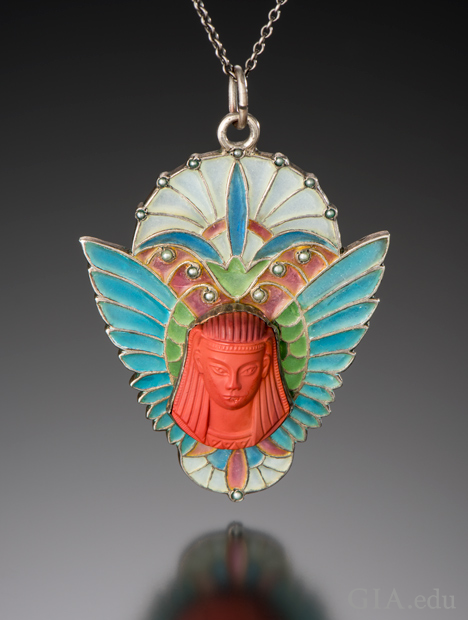 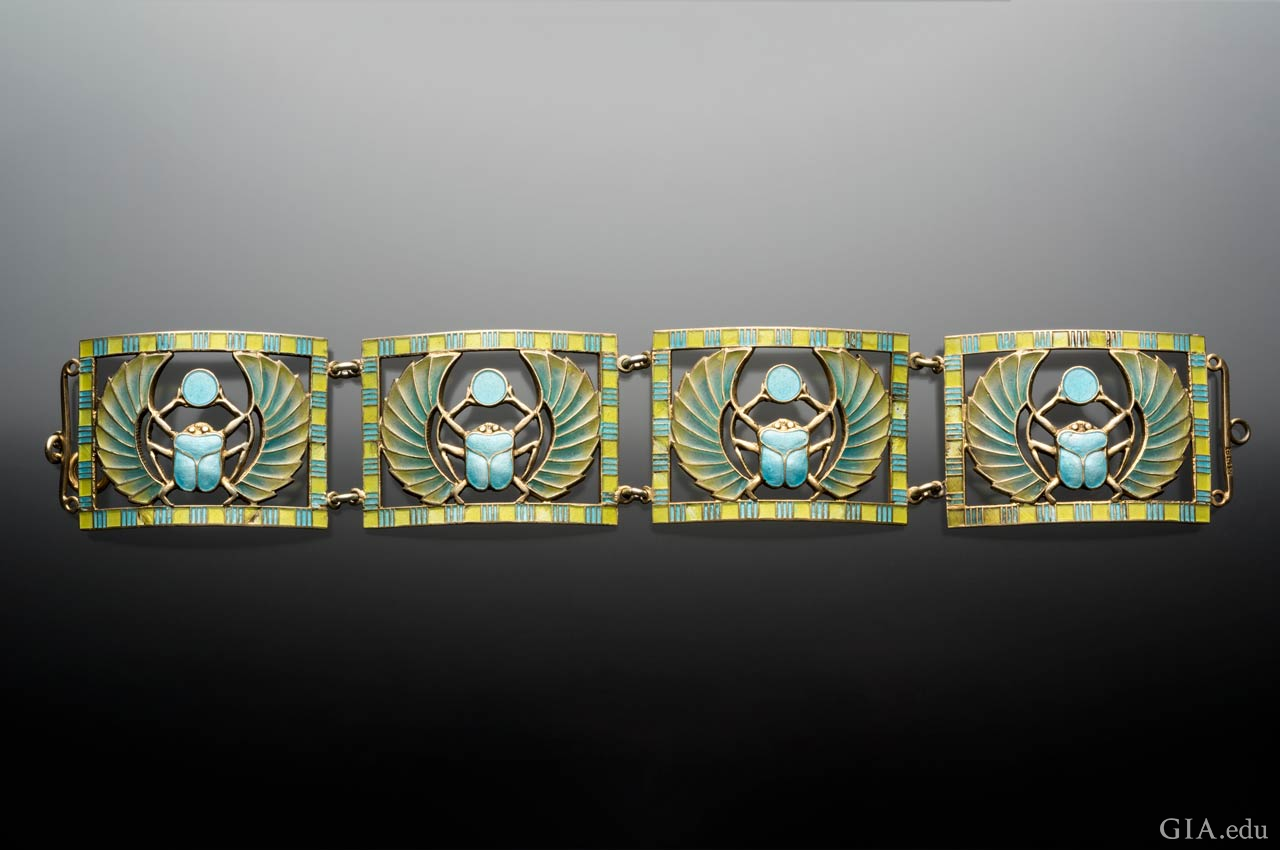 Carlo Guiliano was well-known in Western Europe from the 1840s to the 1890s for his interpretive Renaissance Revival style creations. He employed champlevé, basse-taille and en ronde bosse enameling techniques in his designs that featured rubies, emeralds and sapphires to cater to his wealthy patrons. Giuliano and other revivalist jewelers often employed ancient techniques and tools in their work, such as die-stamping, a technique used by Hellenistic goldsmiths.

Renaissance Revival jewelry revisited the grotesque style, which is derived from the Italian grotteschi and refers to the decoration of grottoes found circa 1500 during Roman excavations, particularly of the Golden House of Nero, 65-68 C.E. The word “grotesque” involves mixed animal, human and plant forms in strange configurations one might find less than beautiful.

Although the animal heads and other motifs sometimes held symbolic significance, grotesque, in general, is purely decorative.

The most notable French Renaissance Revival jewelers were Lucien Falize, Alphonse Fouquet and Louis Wièse, and included the larger jewelry houses of Boucheron, Chaumet and Vever. 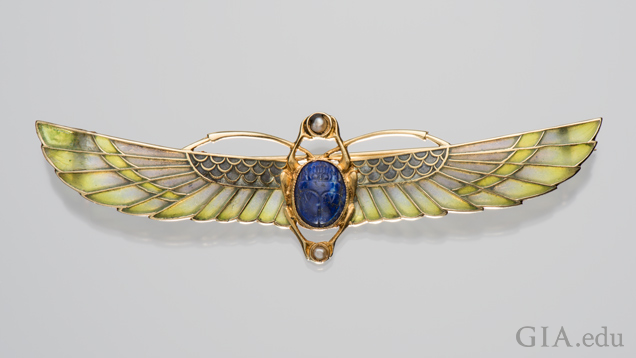 Egyptian Revival jewelry came into its golden age in the late 19th and early 20th centuries. The completion of the Suez Canal in 1869 connected the Mediterranean and Red Seas and propelled opportunities for travel and an interest in Egyptian culture. The opening of the tomb of the Egyptian pharaoh Tutankhamun in 1922 revealed ancient treasures in the southern Mediterranean world and sparked awe among those who saw them. These monumental events were instrumental to the emergence of Egyptian Revival jewelry.

The Egyptians believed plants and animals were sacred and the scarab beetle, lotus flower are recurring motifs in Egyptian design. According to Egyptian culture the scarab beetle was a sign of rebirth; the winged scarab signified coming into being. Cats and other animals were revered as gods. The lotus, symbolic of Upper Egypt, represents an emerging god in some creation myths.

This Egyptian revival style gold brooch is by T.B. Starr, a prominent New York City jeweler in during the late 19th and early 20th centuries. It features a carved amethyst scarab, with green, blue and red enameling, and a falcon with a demantoid garnet as its eye. The piece evokes the exotic treasures unearthed from Egyptian royal tombs, embellished with symbolic motifs such as scarabs, lotus blossoms, sphinxes and ibises that were thought to ensure protection from evil and the promise of eternal life. Courtesy of The Metropolitan Museum of Art.

The palette of colors in Egyptian artifacts and art were also symbolic: red represented the desert; green evoked the fertile lands of the Nile Valley; blue symbolized the sky and water; and yellow signified the Sun. The pharaoh and sphinx motifs are easily recognizable as Egyptian symbols.

It is no wonder that an artistic interest in Archaeological, Renaissance and Egyptian Revival themes remains alive in jewelry today.

GIA’s Museum introduces visitors to the vast and vibrant world of gems and jewelry. Exhibits showcase the science and beauty of gems and minerals, along with expertly designed and crafted jewelry.