The Indian Gemological Institute – Gem Testing Laboratory recently examined a 1.44 ct blue oval mixed cut specimen (figure 1). Standard gemological testing revealed the following properties: RI—1.728; hydrostatic SG—3.64; strong anomalous double refraction under the polariscope; Chelsea filter reaction—strong red; and red transmission in fiber-optic light. The sample showed general absorption bands between 535–550, 560–590, and 615–635 nm in the handheld spectroscope. Microscopic examination with a fiber-optic light source revealed shiny dotted inclusions that were scattered and created a wavy pattern; in some areas, the dotted inclusions were arranged in a series (figure 2). This wavy pattern has not been reported in natural spinel. The author has seen this pattern in some Verneuil synthetic spinel. There is a possibility that these inclusions might be very minute gas bubbles or unmelted feed powder. 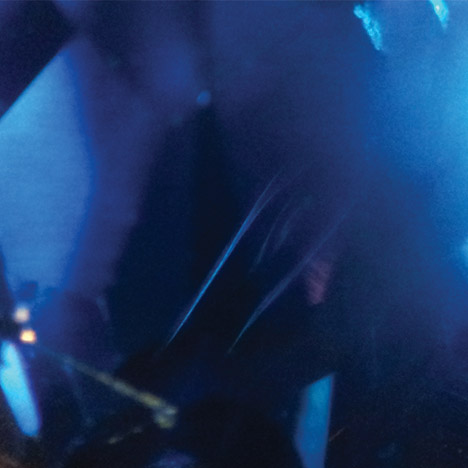 Figure 2. Series of dotted inclusions were seen in some areas of the synthetic spinel. The dots were so concentrated that it was difficult to distinguish them individually. Photomicrograph by Pragati Verma; magnified 25×.

When tested with UV, this synthetic spinel had an unusual reaction. Under both long- and short-wave UV, the sample showed red fluorescence (figure 3). This was an unexpected short-wave UV reaction for Verneuil-grown blue synthetic spinel, which generally shows a mottled blue to bluish white reaction. This kind of fluorescence was observed in synthetic blue spinel grown by a flux method (S. Muhlmeister et al., “Flux-grown synthetic red and blue spinels from Russia,” Summer 1993 G&G, pp. 81–98). 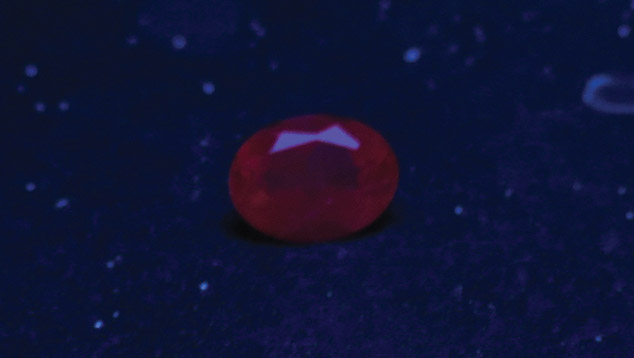