Arizona’s scenic desert and mountain landscape is the perfect backdrop for a modern Wild West road trip ‒ and researching mines for a road trip to gem localities there uncovers stories worthy of a Western movie script.

Working a desert mine was challenging in the rugged, hot landscape with little access to water, rudimentary shelter and an “every man for himself” attitude that often led to murder in the rowdy mining towns of the West. 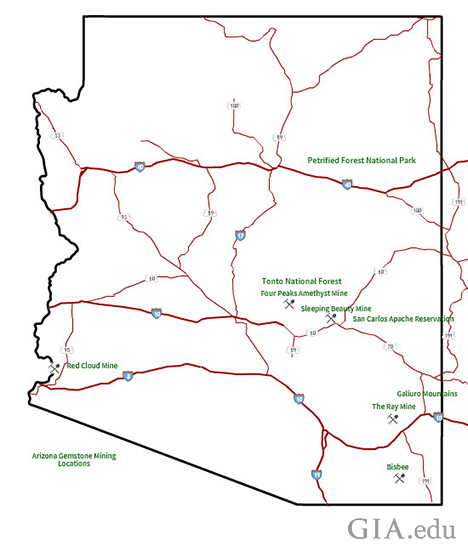 This map shows the locations of the mines, towns and natural areas where some gems are found in Arizona.

The story of the Red Cloud Mine, located in the southwest corner of Arizona, is set in the gold and silver rush days of the late 1800s and bears just such a story of riches, crime and redemption. Prospector Warren Hammond pawned his shotgun in Yuma, Arizona in 1880 and headed north to stake a claim in an area that would later become the La Paz County Silver District. He struck pay dirt and named the mine Red Cloud after the trail used by early Spanish explorers.

The silver mine flourished and grew to employ 100 miners and the nearby town of Silent expanded to include an assay office, hotel, dance hall and saloons. One saloon owner, according to local history, was shot by a rival who pleaded self-defense, was exonerated and later appointed postmaster.

Silver from the Red Cloud mine has long been dispersed, and the mine is closed, but the mineral wulfenite found there has made its way into collections worldwide. It is known as some of the world’s best for its yellow-orange and red-orange color, as well as its high luster.

This graceful freeform azurite carving from Arizona reveals accents of malachite. Gift of the Larson Family. Photo by Orasa Weldon/GIA

Consider taking a break after the upcoming Tucson Gem & Mineral Show and drive about two hours south on Interstate 10 to Bisbee, an Old West mining town that retains its heritage with historical museums, art galleries and mine tours.

During its heyday, Bisbee was a remote, dangerous, and desolate area where the Apaches roamed the mountains and valleys to protect their land from settlers. Bandits sought refuge in the desolate area or preyed on the vulnerable passing through.

Hundreds of thousands of tons of silver, copper, lead and other ores were produced in the Bisbee area. The area’s legacy, however, lies in the more than 300 mineral species that have been uncovered in the search for silver. Azurite, malachite and turquoise are among the most well-known. 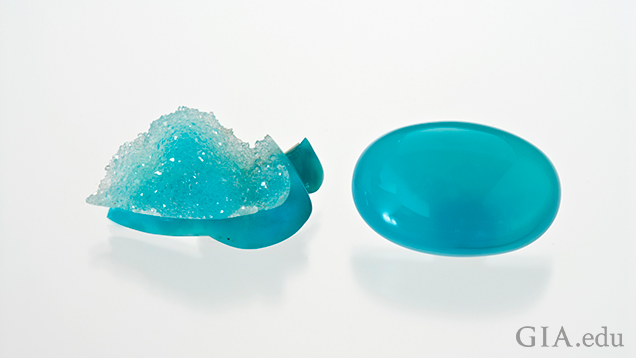 An 18.97 ct polished freeform Chrysocolla gem with areas of drusy quartz and a 33.30 ct. Chrysocolla oval cabochon. Both are from Arizona. Gift of Bill Larson. Photo by Orasa Weldon/GIA

The Ray Mine, Pinal County

The Ray Mine, located 85 miles east of Tucson, is nestled below Teapot Mountain about 12 miles south of Superior on Highway 177. Prior to the late 1870s, local Native Americans worked the copper deposits. By 1880, modern mining operations were set in motion, but it was the railroad line in 1905 that made it possible for the ore to be shipped for processing.

The Ray Mine is famous for its twinned blades of native copper crystals, chrysocolla, malachite, quartz and chalcedony. Owned by ASARCO, the operations and equipment of the Ray mine are available for viewing daily from 7 a.m. to 2 p.m. or until dusk. 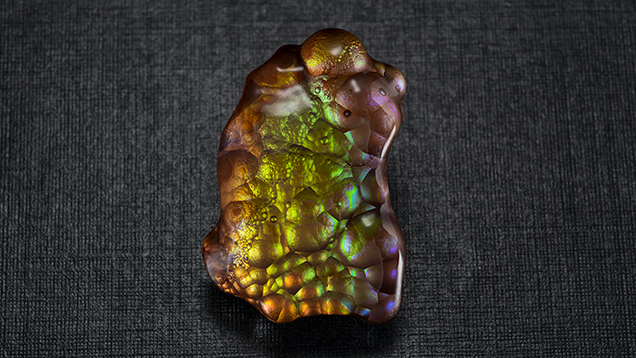 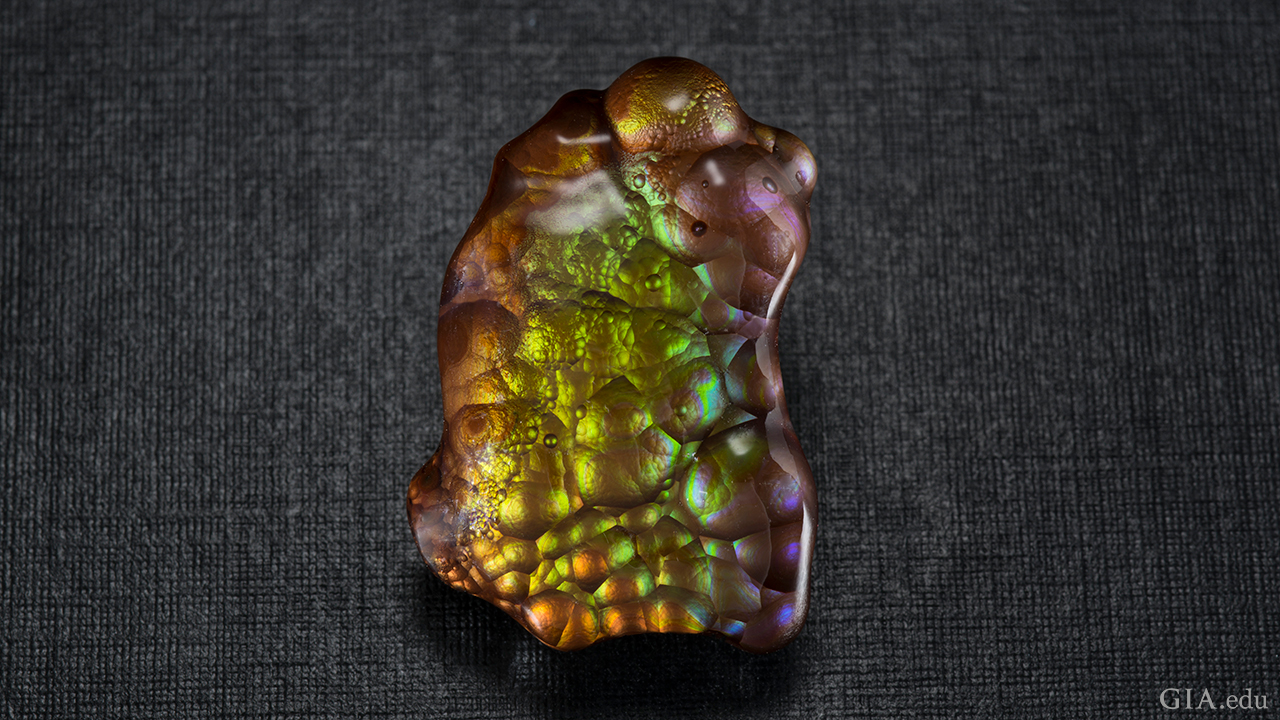 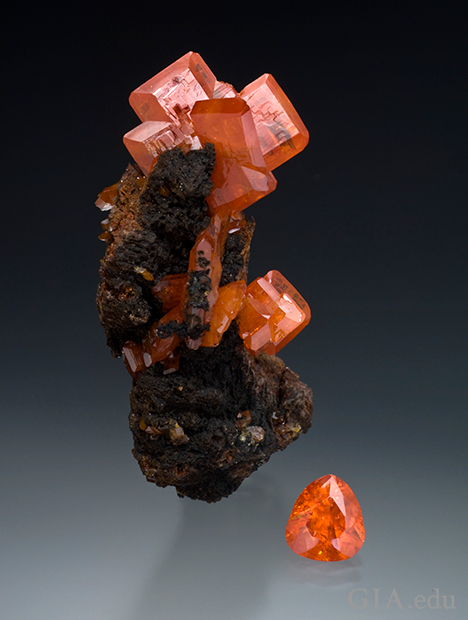 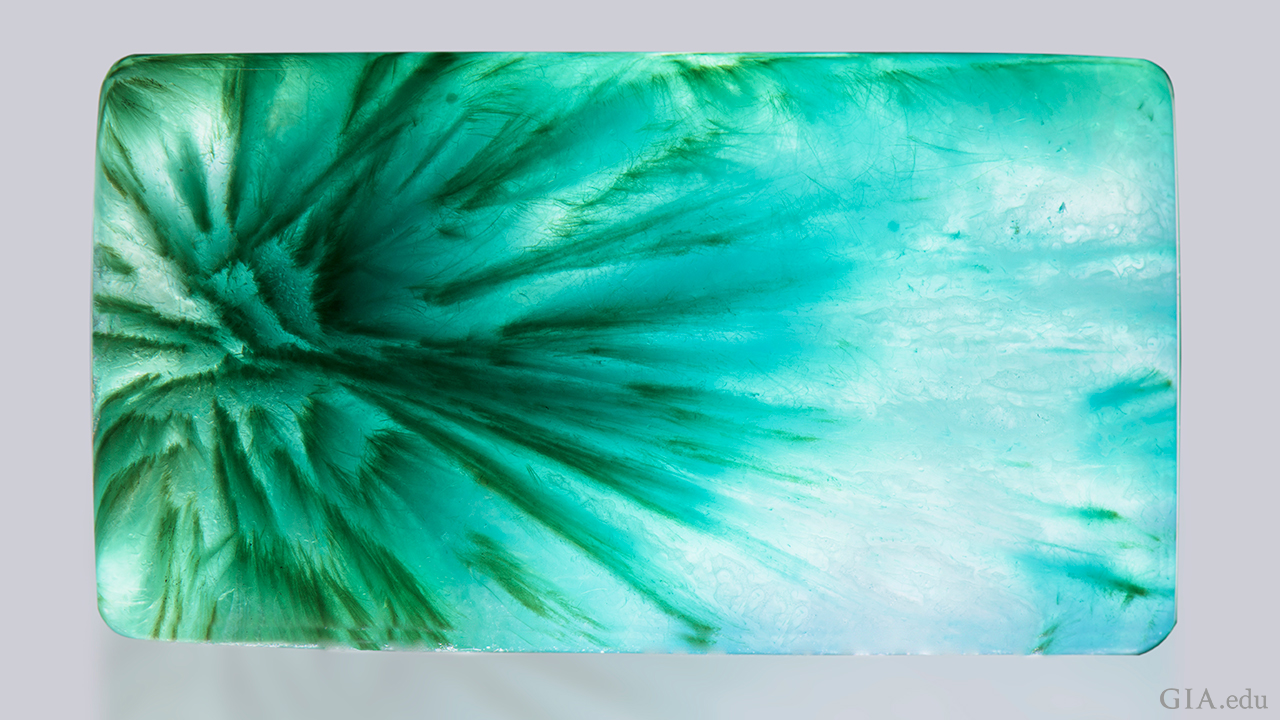 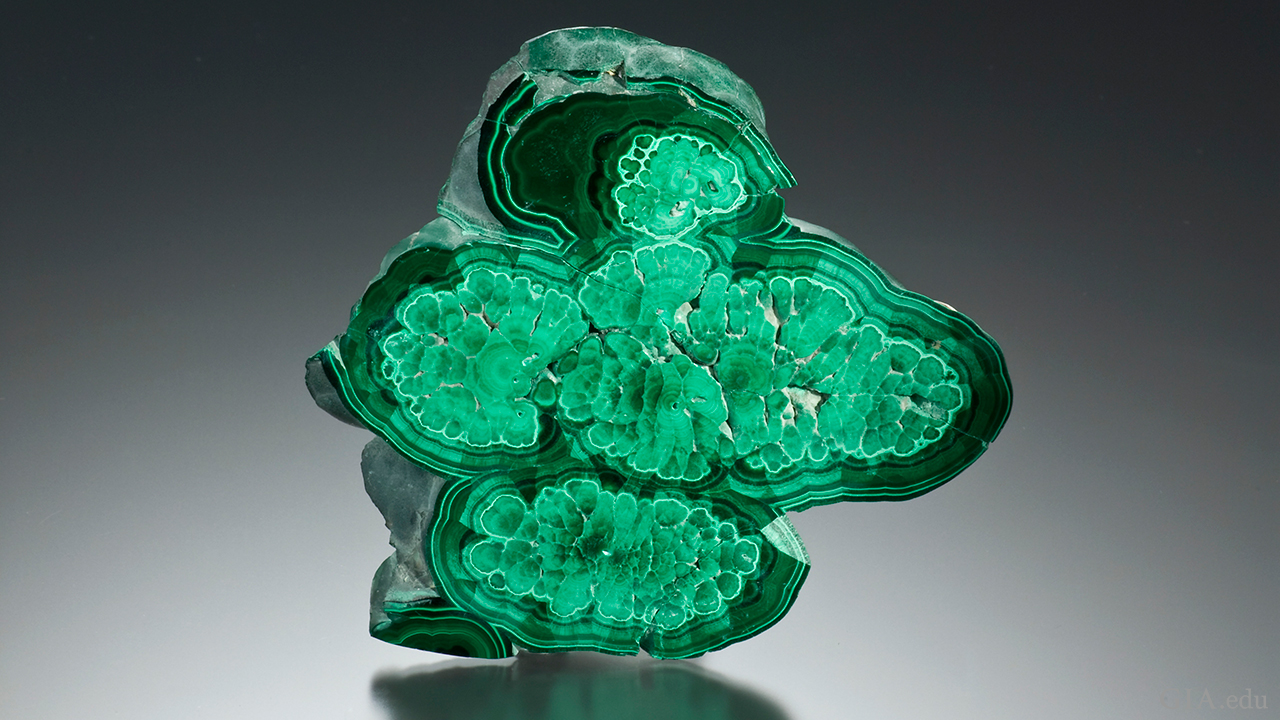 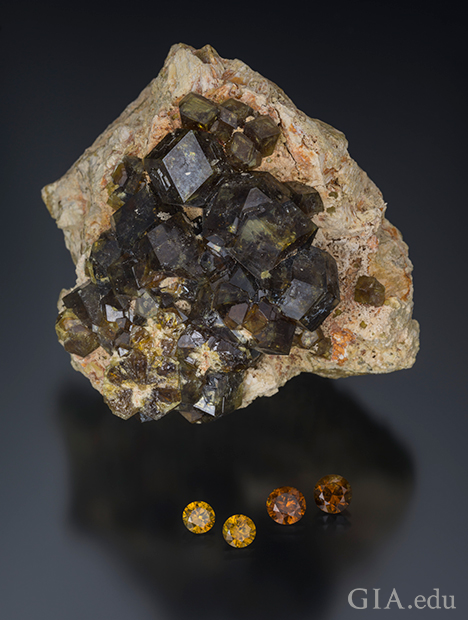 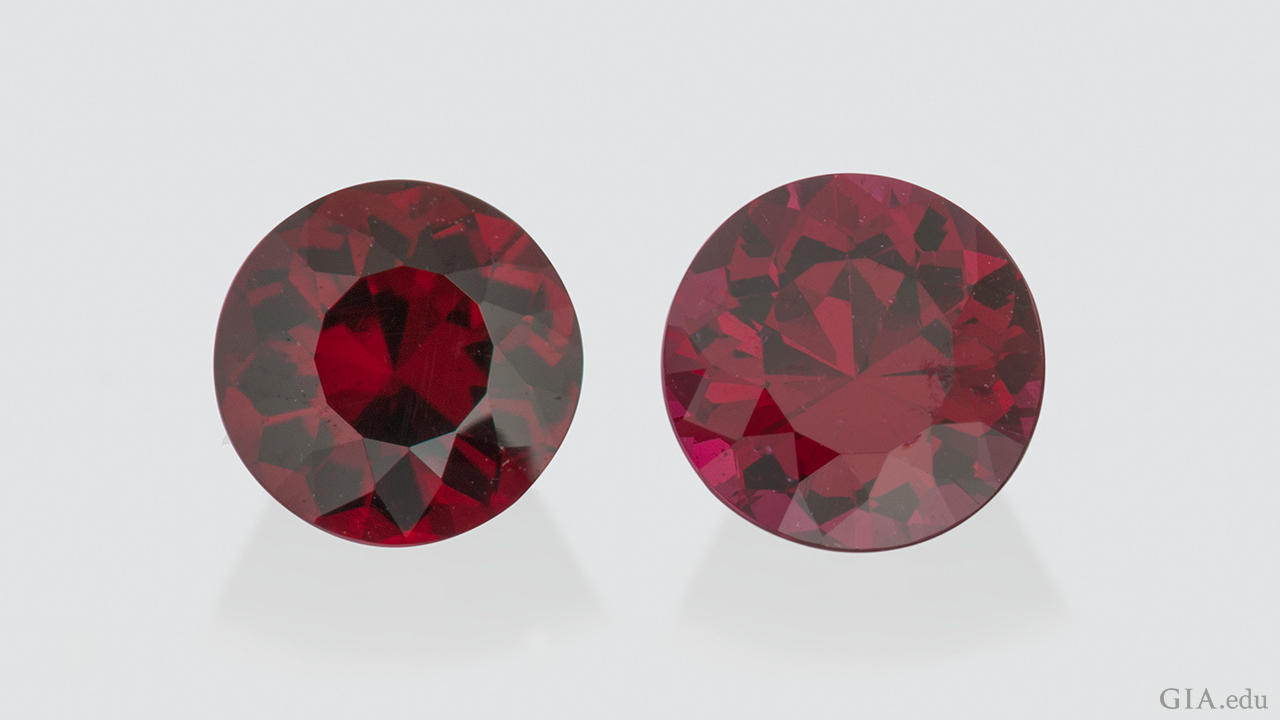 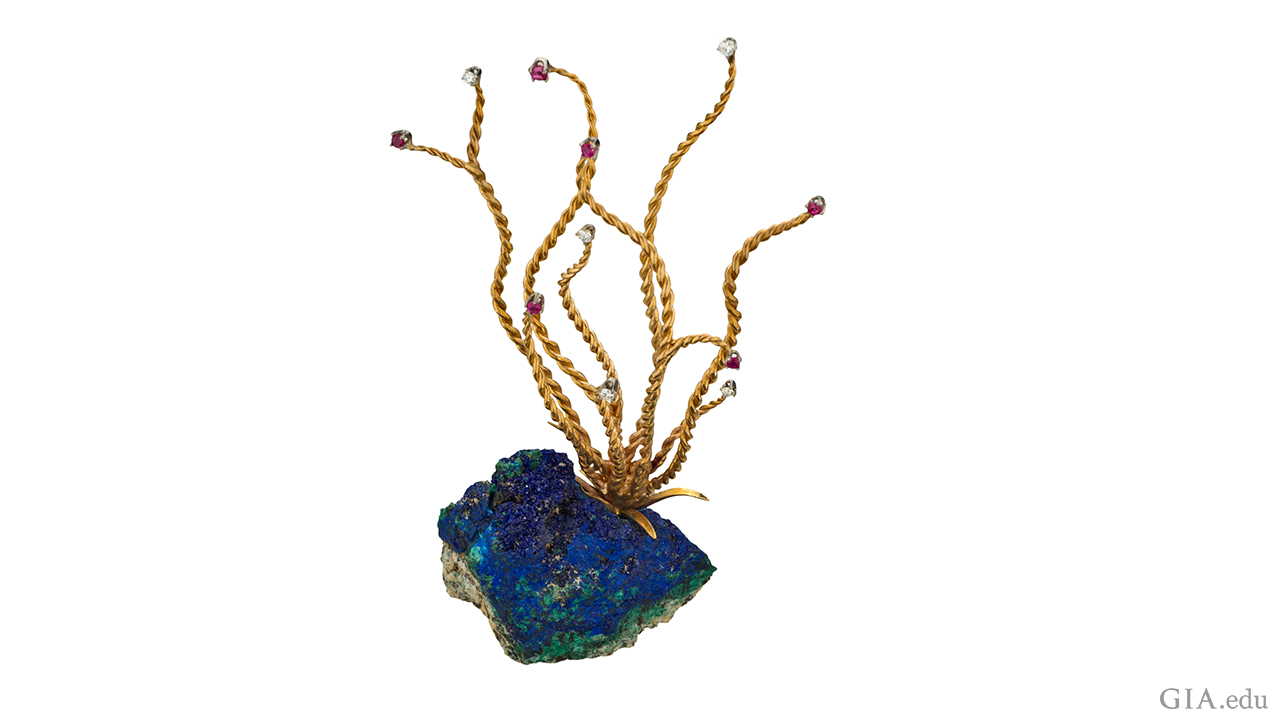 From the Ray Mine head east on Interstate 70 toward the eastern foothills of the Galiuro Mountains southwest of Safford. This region is known for Deer Creek fire agates. There are several mining claims in the area, so be sure to honor private property rights.

In general, it is always prudent to consult with claim holders or owners before venturing out for prospecting on your own. 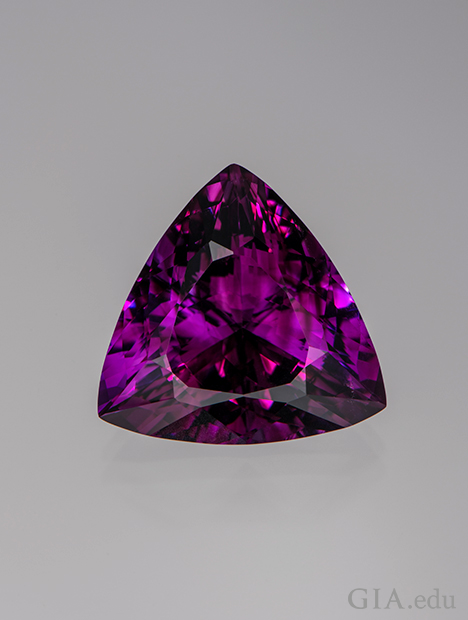 This 28-ct Four Peaks Mine amethyst shows flashes of red that are characteristic of this locality. Courtesy of Commercial Mineral Company, Inc. Photo by Robert Weldon/GIA

The Four Peaks Amethyst Mine is located about two hours east and north of Phoenix in a remote area of the Four Peaks Wilderness area of the Tonto National Forest. Amethyst from this locality exhibits a rich purple hue with flashes of red and blue, and is called Siberian amethyst in the trade. It is rare and collectible both for color and scarcity.

For the adventurer, tours by helicopter or jeep to the Four Peaks mine are availableby appointment from a local business in Fountain Hills, Arizona. 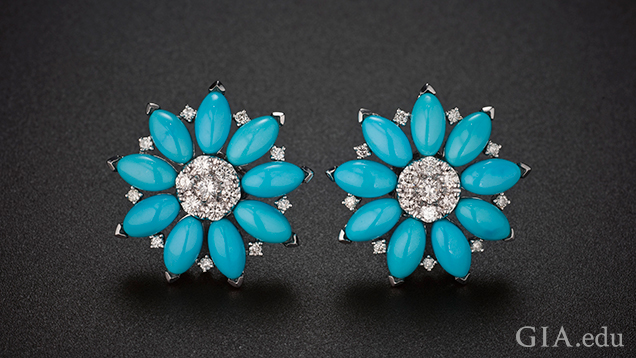 Sleeping Beauty turquoise is the main attraction in these earrings set in 18K white gold and accented with 0.83 ct diamonds. Courtesy of Andrew Sarosi, Los Angeles. Photo by Robert Weldon/GIA

On your way to San Carlos Apache Reservation, you will pass through the town of Globe where the Sleeping Beauty Mine is located. The mine, which produced the finest turquoise in the United States, shifted its focus from turquoise to copper in 2012.

The San Carlos Apache Reservation and the Cultural Center are located about 2.5 hours and 135 miles east of Phoenix on U.S. 70 near the town of Peridot, which is named for the world’s largest deposit of the gemstone. Mining of peridot is only granted to residents of the reservation. It is extracted with hand tools and collected in buckets. Garnets are also found on the reservation. 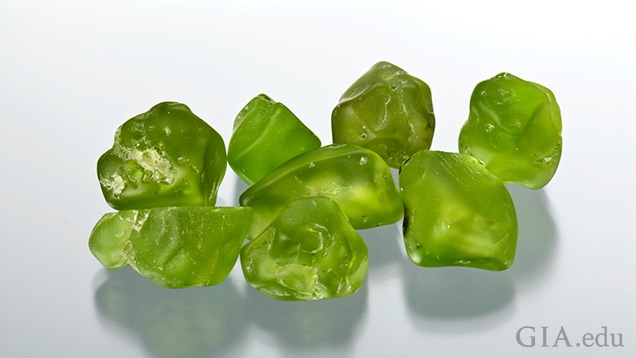 This group of peridot rough is from San Carlos, Arizona. Gift of John and Patricia Furhbach. Photo by Robert Weldon/GIA

An Arizona road trip would not be complete without a drive through the Petrified Forest National Park in northeastern Arizona. Located 110 miles east of Flagstaff along Interstate 40 near Holbrook, the southern portion of the park is full of colorful petrified wood. It is strictly forbidden to remove or collect specimens in National Parks or Monuments. Contact the Bureau of Land Management for areas that allow collection.

The prospect of finding a fortune in gems or minerals on this Arizona road trip is rare, but the memories you collect on your journey will be priceless.

For more than a century, the Four Peaks mine in Maricopa County, Arizona, has produced gem-quality amethyst from crystal-lined or crystal-filled cavities and fractures in a brecciated quartzite host rock.

Jack Lowell and John I. Koivula