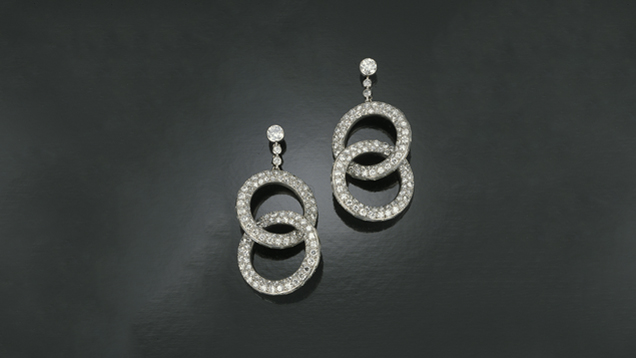 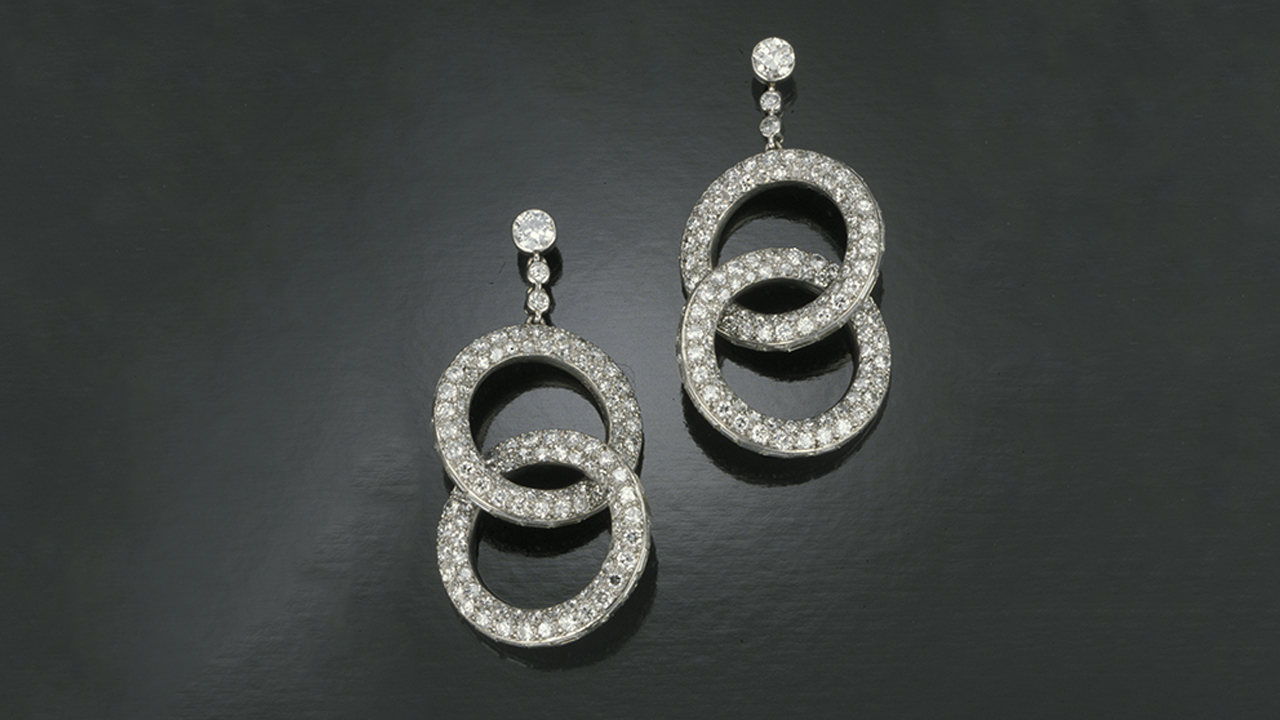 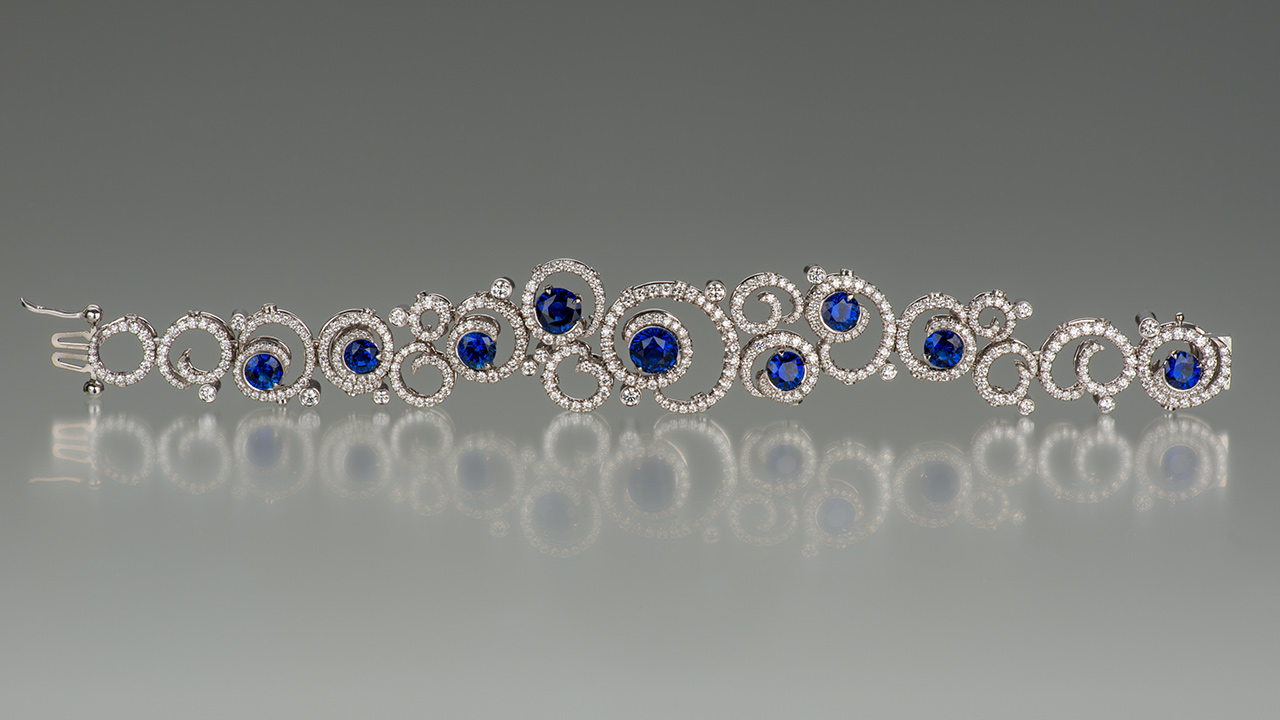 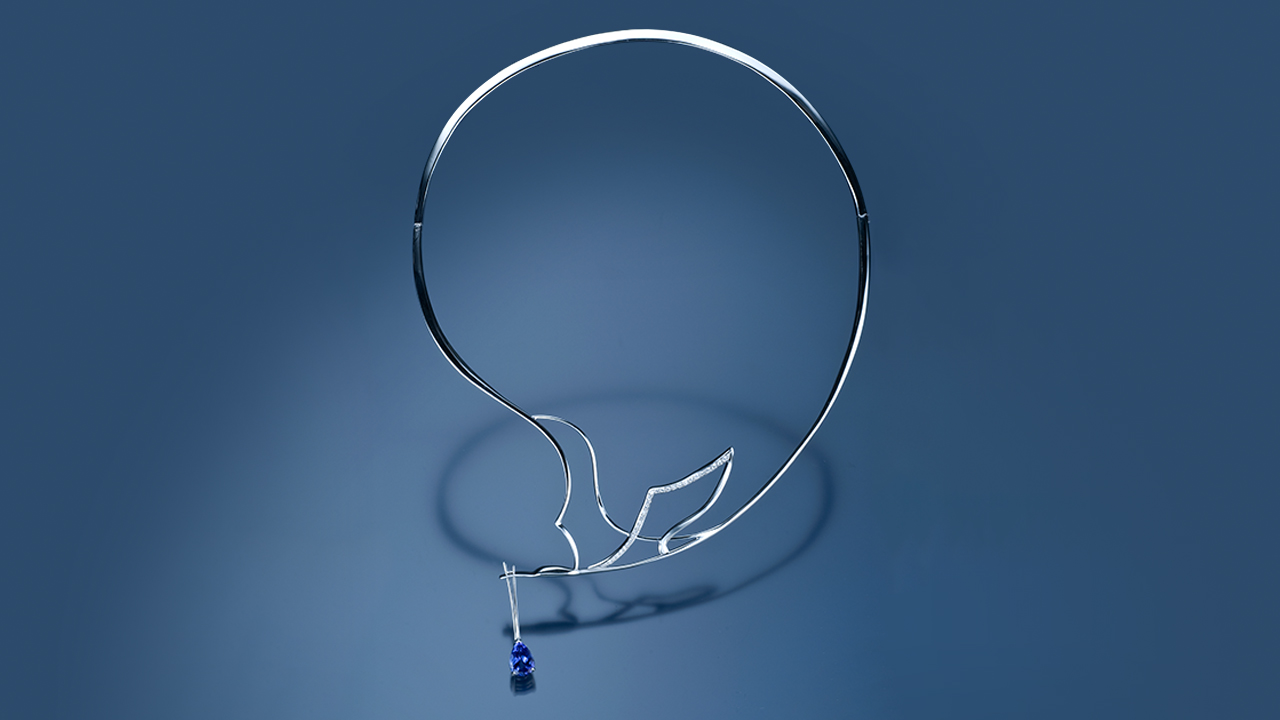 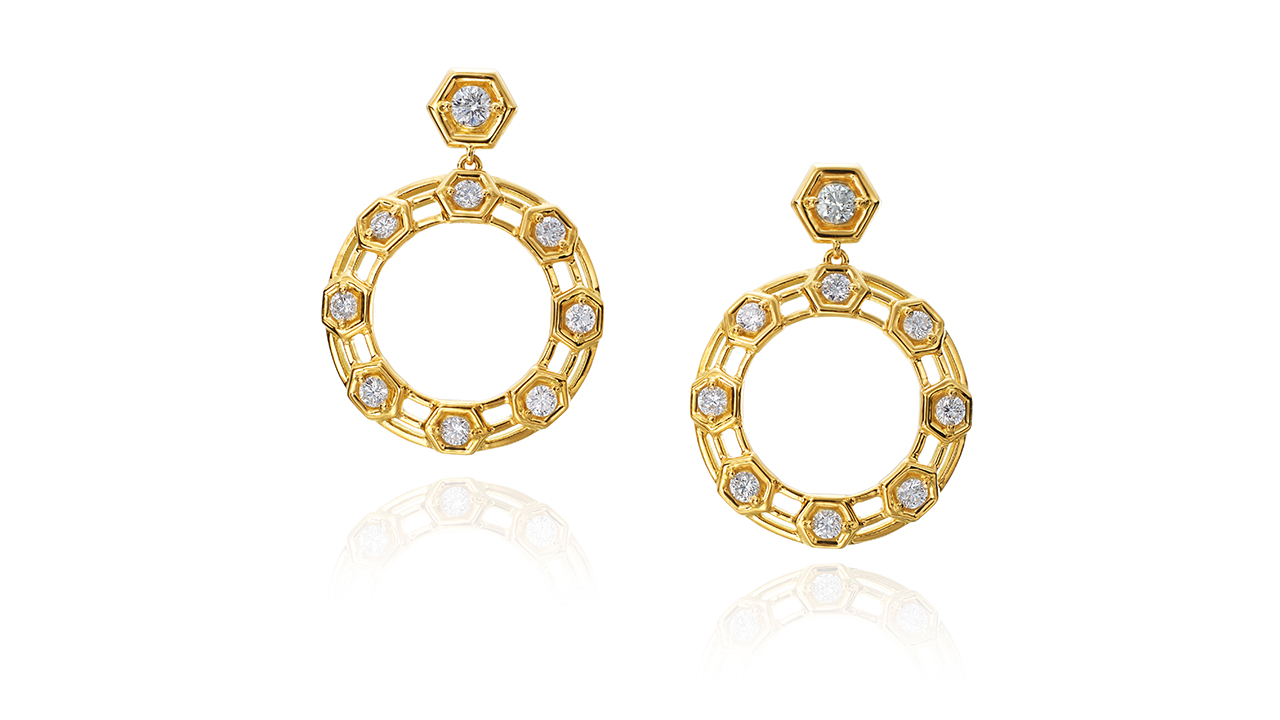 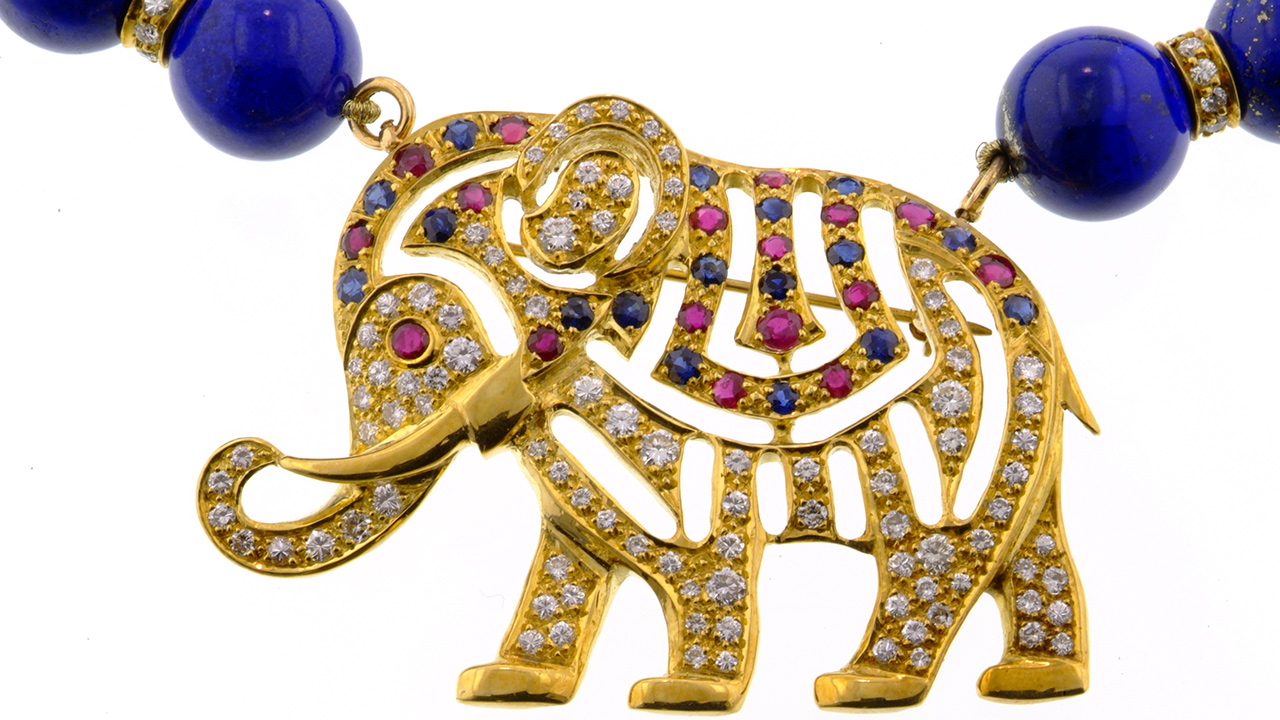 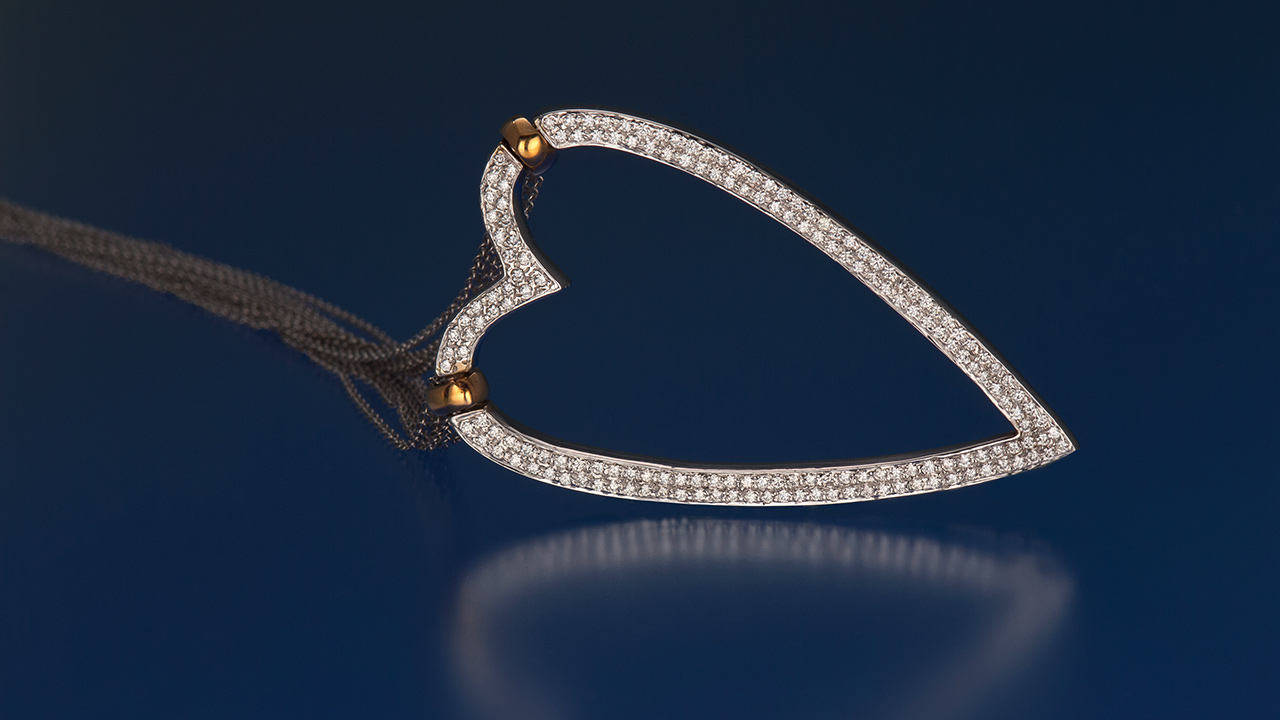 “Negative space” is the explanation to this curious statement. It is the empty area between two objects that gives shape and depth to a design.

Minimalist painters and sculptors in the 1960s and early 1970s generously used negative space in their work. Their style was part of the “less is more” school – a philosophy that said that an object didn’t need to be ornate to be beautiful.

Negative space is also a popular motif in contemporary jewelry design. Its hallmark is a clean, modern look.

Mark Schneider’s MJSA American Vision Award winning design, a convertible ring/pendant, is a study in negative space. The interlocking platinum bands make quarter moons, creating slivers of emptiness. When worn as a ring, the black Tahitian cultured pearl looks like it is suspended above the finger – another use of negative space.

This ring by Mark Schneider features a 12.3 mm black South Sea pearl with .47 ct black and .32 ct white pavé diamonds. It may be worn as a ring in open position or worn upside down as a pendant. Photo by Robert Weldon/GIA

The rising price of precious metals has also driven jewelry designers to incorporate more negative space into their work. With the technique, designers can make stunning-but-affordable pieces by using less metal. So the inclusion of negative space in a design is ultimately a blend of necessity and style.

The future of negative space? Many consumers yearn for simple shapes as a remedy for complex times and the price of precious metals is not likely to fall, so negative space will continue to have a positive influence on jewelry design. 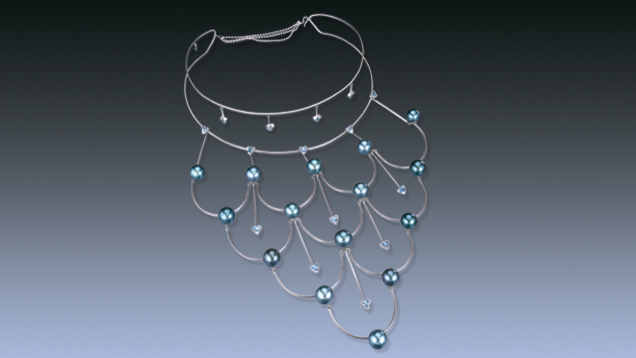 Bernd Munsteiner created the fantasy cut. See how it has inspired a generation of lapidaries.
Read More