Franco Valobra, like many of us, stayed home during the global coronavirus pandemic. New Orleans, which was hit hard and fast by the virus in the early days of March, ordered businesses to shut down March 15 and Valobra quickly closed his boutique on Royal Street.

“I vowed to keep all of my staff on full payroll and I did the same for our showrooms in Houston and Switzerland,” he said. The Lugano, Switzerland boutique closed first, in early March, because of its proximity to Lombardy, the region hardest hit in Italy. “Fortunately none of my staff and family have been infected by the virus, but I have had lots of friends’ families in Italy who directly experienced the malignity of COVID-19. Thankfully, no one has died.”

Valobra, restless at home in his living room “quarantine office,” watched the images of front line health care workers and first responders fighting to save lives. He also saw people around the world sharing expressions of gratitude for their immense sacrifice and commitment.

“The passionate serenading from balconies, the protracted applauses from windows and the flyovers of the Air Force jets, are, indeed, great pronouncements of universal gratitude and heartfelt appreciation,” he said. “But the musical notes are so regretfully and quickly lost in the air and the rumble of the airplanes turns into fleeing plumes of jet exhaust.” 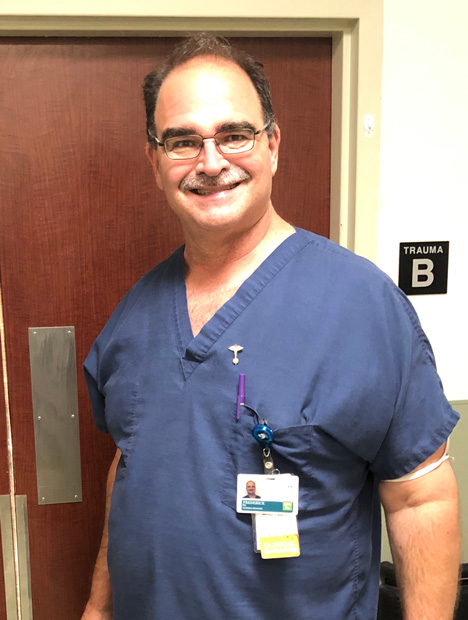 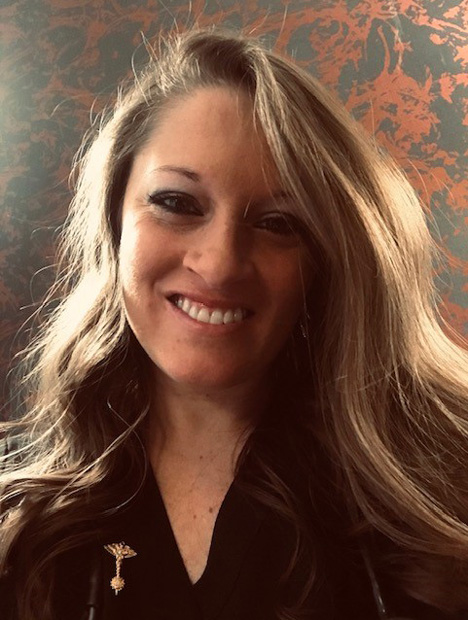 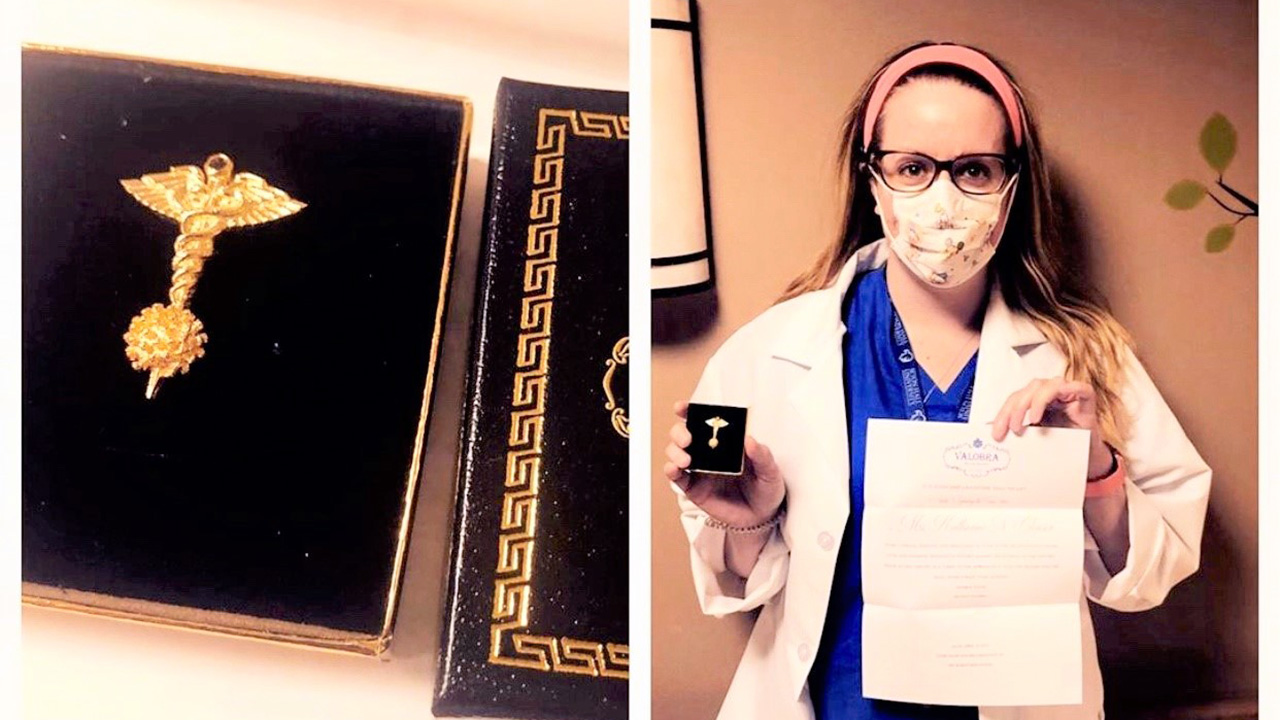 Valobra, a GIA graduate, wanted to create a more durable symbol of gratitude for health care workers fighting the coronavirus.

“It took me no more than a few minutes to conceptualize the ‘Defeating the Virus’ pin,” he said. “I had a clear image of the symbol of medicine (the caduceus, a commonly used symbol), stabbing through the coronavirus, but also clearly towering over and overpowering it. The ratios needed to be better than 2:1 — the caduceus being at least twice as big as the virus.”

Once the final drawing was done, Valobra asked his in-house CAD designer to create a rendering and his team of bench jewelers in Houston (which re-opened on May 1) started to manufacture them. The pins are completely hand-made and cast in sterling silver and then are gold-plated. Each features a round garnet, the gemstone that symbolizes health and crisis resolution. 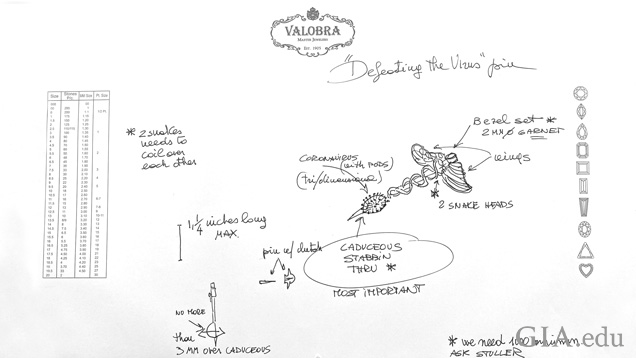 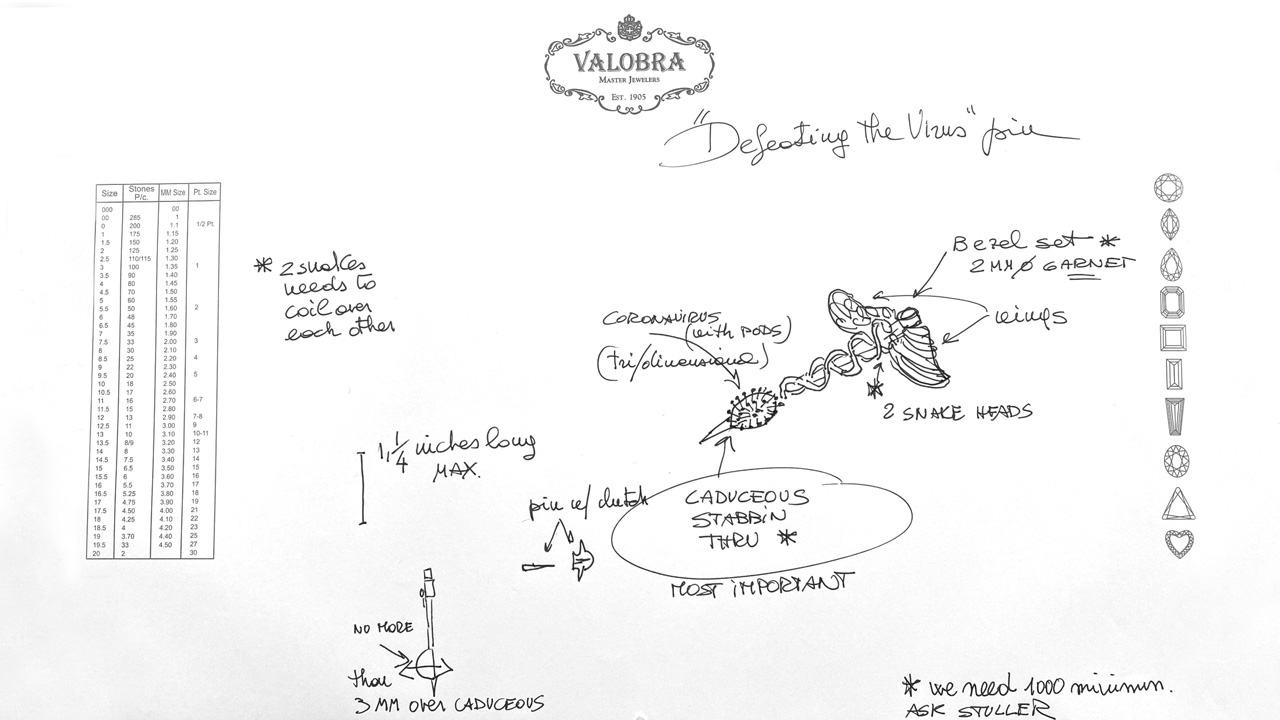 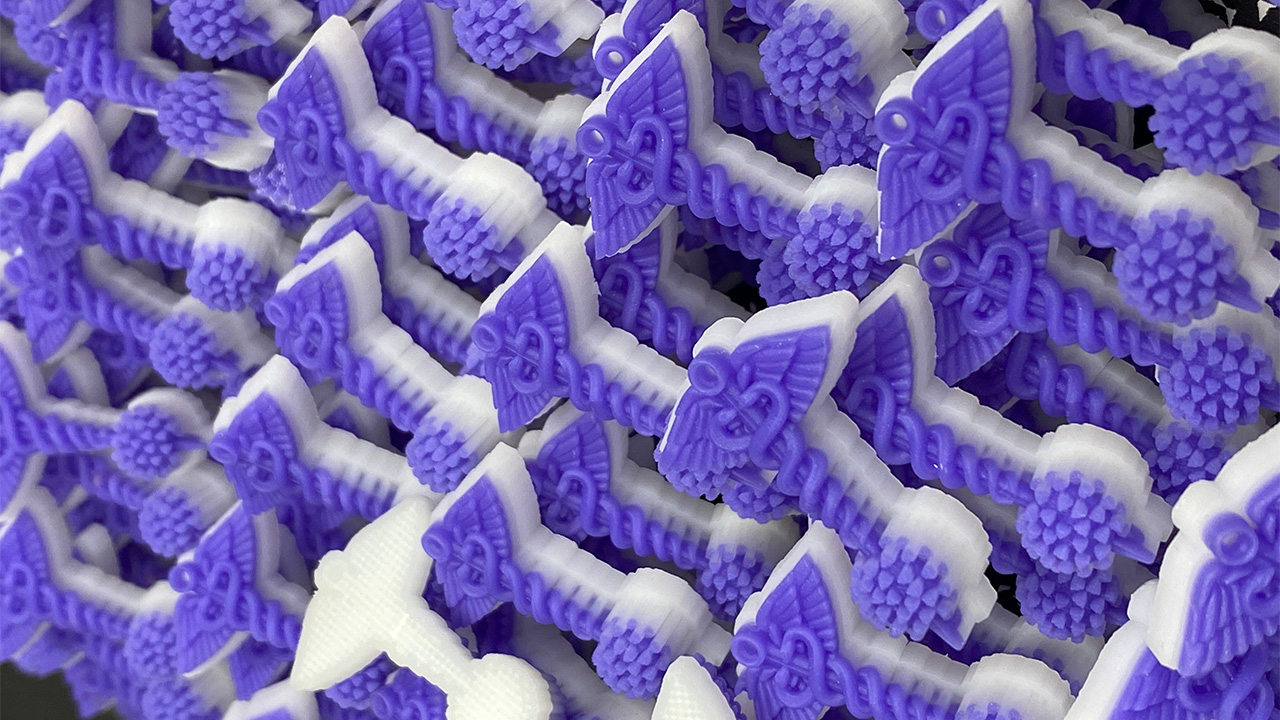 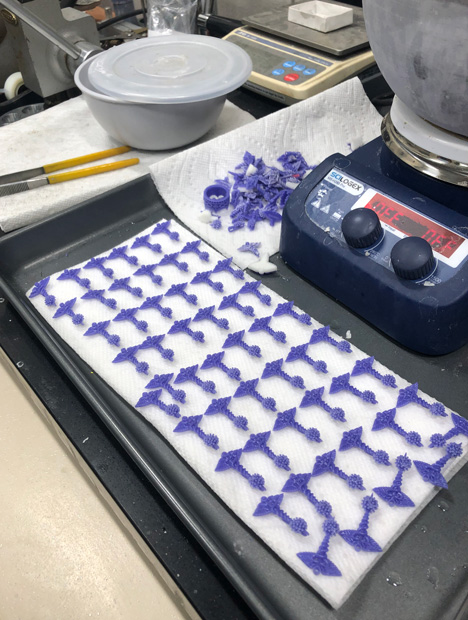 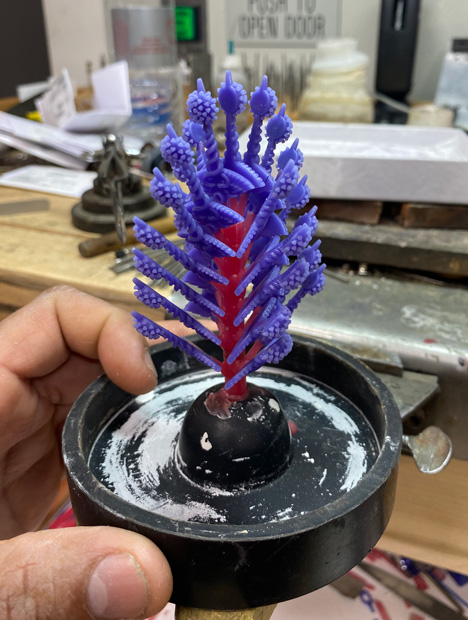 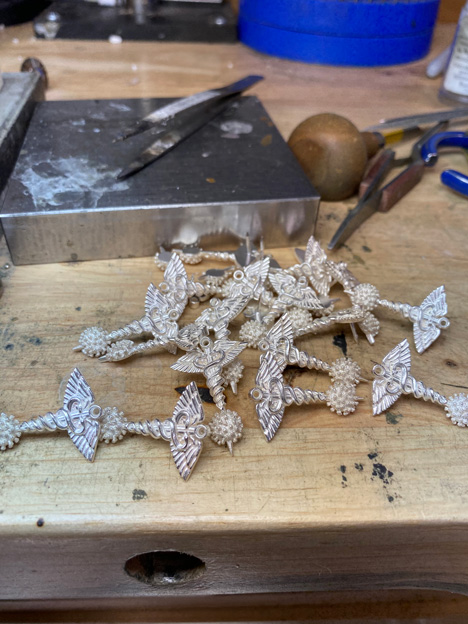 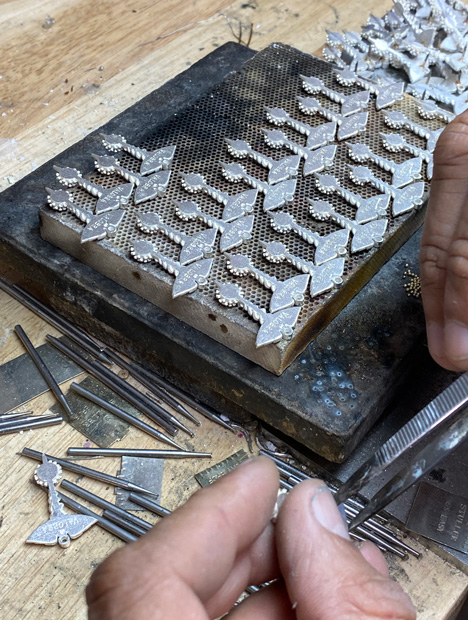 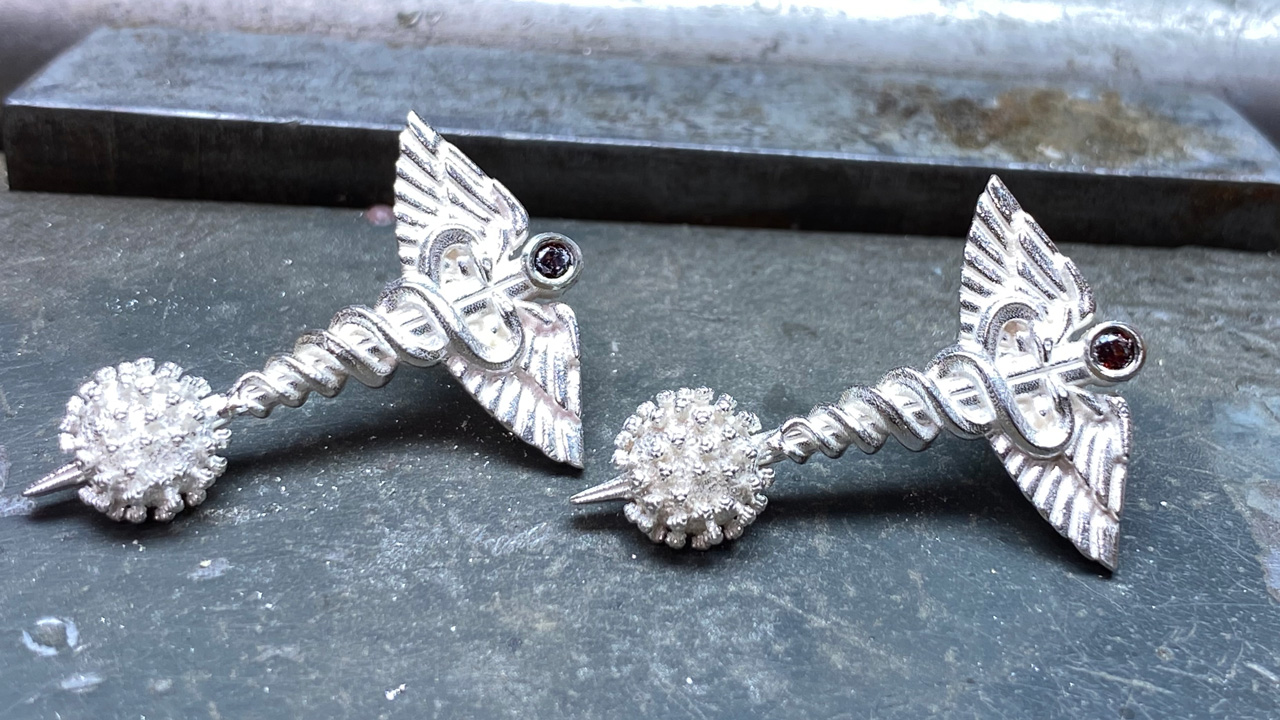 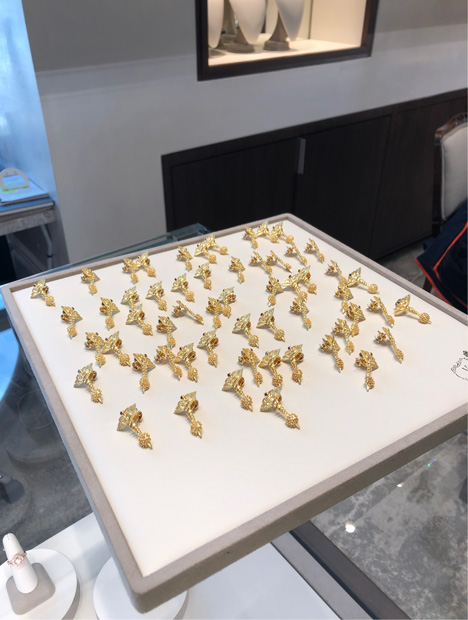 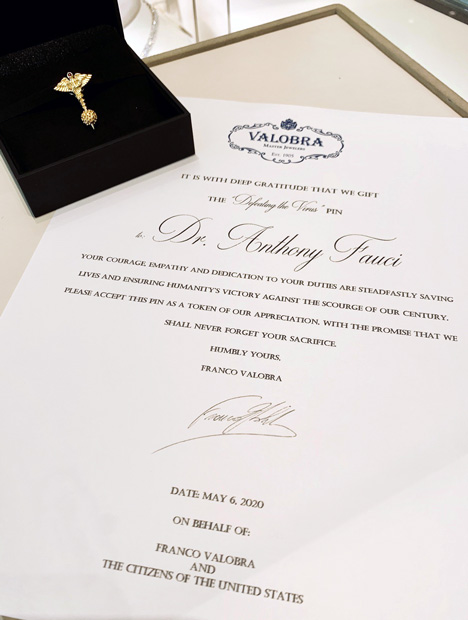 The team has been able to produce 25 to 35 pins a day and to-date more than 500 have been shipped all over the world: Saudi Arabia, Pakistan, Israel, Canada, Italy, most countries in Europe and virtually every state in the U.S., including Alaska. All of the pins are a gift from Valobra to the recipients.

Valobra originally committed to make and give away 1,000 pins, but has decided to gift as many as he can. He said anyone is welcome to contact wecare@valobrajewelry.com to nominate a worthy recipient (someone who is going above and beyond the call of duty in a hospital, health care center, testing facility, laboratory, etc.).

Valobra has received many notes of thanks from health care workers who have received the Defeating the Coronavirus pin.

“As respiratory therapist, we are usually not mentioned as frontline health providers, but the word “ventilator” is mentioned often. Respiratory therapists specialize in the skills of cardiopulmonary care that determine the appropriate ventilator settings to match the patient’s needs. We stand with the warriors of the frontline and we are an essential component for the patients,” said Rosalind Lyssy, of Houston. “To me, the pin is a symbol of being appreciated and recognized on the front line. Thank you for the honor of letting me wear it.”

Valobra hopes the “Defeating the Virus” pin will be worn on lapels of medical scrubs and lab coats for years to come.

“To me, it represents the soon-to-materialize defeat of the virus, a symbol of human triumph through science and medicine,” he said. “I wanted to gift these modern-day heroes with my own style of the Medal of Honor.”

GIA’s Jewelry Manufacturing Arts diploma programs and courses will fill you with inspiration.