The glaciated peaks of the Arctic region set the stage for our gemstone quest − in an area that occupies less than 8 percent of Earth’s surface (from Greenland to Northern Europe, Russia and Canada) − to find these rarefied gems. 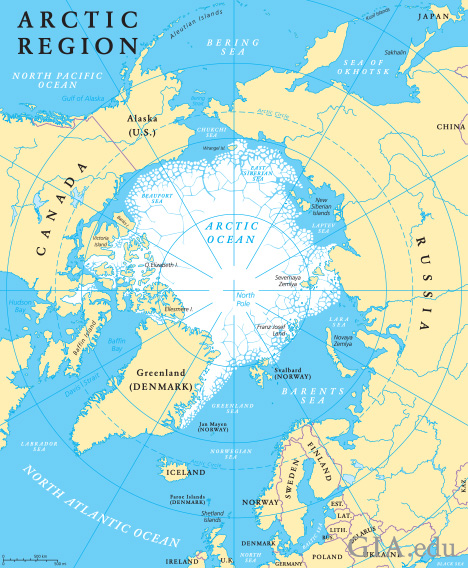 Learn about gems from polar regions as we travel east from Greenland through Norway, Finland, Russia and Canada.

We start our journey in Greenland, probably not on your list when thinking of colored gemstones, though hot red rubies have been found there. Most of Greenland’s gemstones have been found in a region that stretches 160 kilometers (km) (100 miles) along its southwest shores. The area first came to the attention of European scientists more than 200 years ago when they arrived to study the country’s geology. Native Greenlandic Inuit were already familiar with ruby, but tugtupite, another red gemstone, was discovered in 1957 at Tugtup Agtakôrfia on the north coast of Tunugdliarfik Fjord, South Greenland. Limited quantities of this rare gem make tugtupite a collector’s item. Sapphire, lapis lazuli, amazonite, peridot, quartz, spinel, topaz and tourmaline have also been found in Greenland, though not in commercial quantities or qualities. 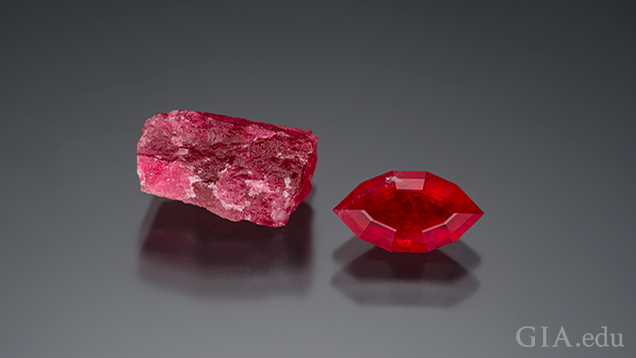 Tugtupite, a collector’s stone from Greenland, is named after the location it was found, Tugtupit agtakôrfia. Tugtup means reindeer in Inuit. Courtesy of Ice Cold Gems, William Rohtert. Photo by Robert Weldon/GIA

Traveling east about 3,200 km (2,000 miles) from Nuuk, the capital of Greenland, we come to the Kongsberg mines in southern Norway, where silver was discovered in the early 1600s in Buskerud County. The mines remained active for more than 330 years. They closed in 1958, but specimens from that locality are considered collector minerals. Today the town of Kongsberg houses the Norwegian Mining Museum, a collection of silver, tools and machinery used by miners, engineers and doctors. Emerald was mined from 1899 to 1909, and significant quantities of green beryl were mined in Byrud, Norway, in the late 19th and early 20th centuries at a working farm. Some of the material was transparent enough for faceting and today, the farm’s owner allows collecting on the mine area for a small fee. 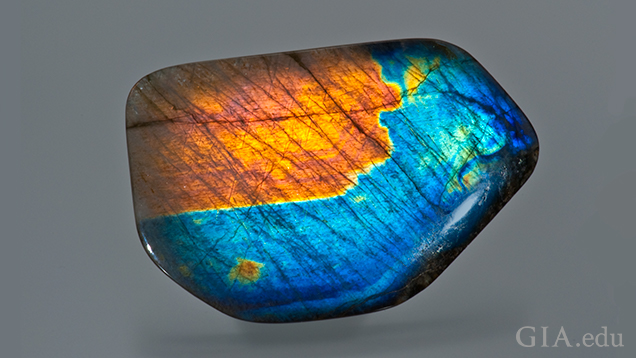 Spectrolite, from Finland, is known for its broad flashes of strong color. Courtesy of True North Gems, Vancouver, B.C. Photo by Robert Weldon/GIA

In Finland, 1,400 km (870 miles) east of Norway, we find exceptional labradorite (known in the trade as spectrolite), in a small area of the southeastern region. Spectrolite’s strong, broad flashes of color are reminiscent of the colorful and dramatic Aurora Borealis, which can be seen for more than six months of the year in Finland. Finland is the classic source for labradorite, however, the gem was named for Labrador, Canada where it was first discovered.

Proceeding in an easterly direction, we pause in the Ural Mountains of Russia, a rich source of colored gemstones long accessed by Russian nobility for use in its imperial jewelry designs. Here we find a large variety of gems: emeralds, amethyst, aquamarine, demantoid garnets, jadeite, yellow beryl, malachite, jasper and alexandrite. Russia is the classic source for alexandrite, which was named for Czar Alexander II of Russia. 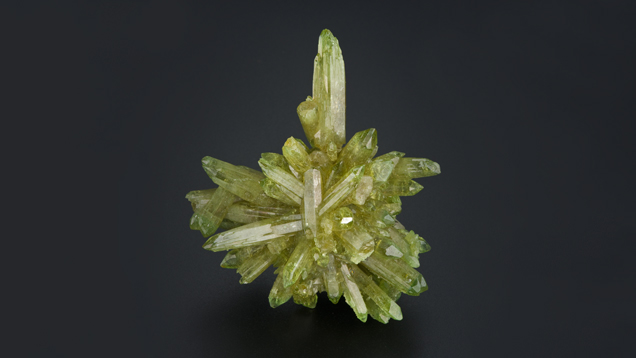 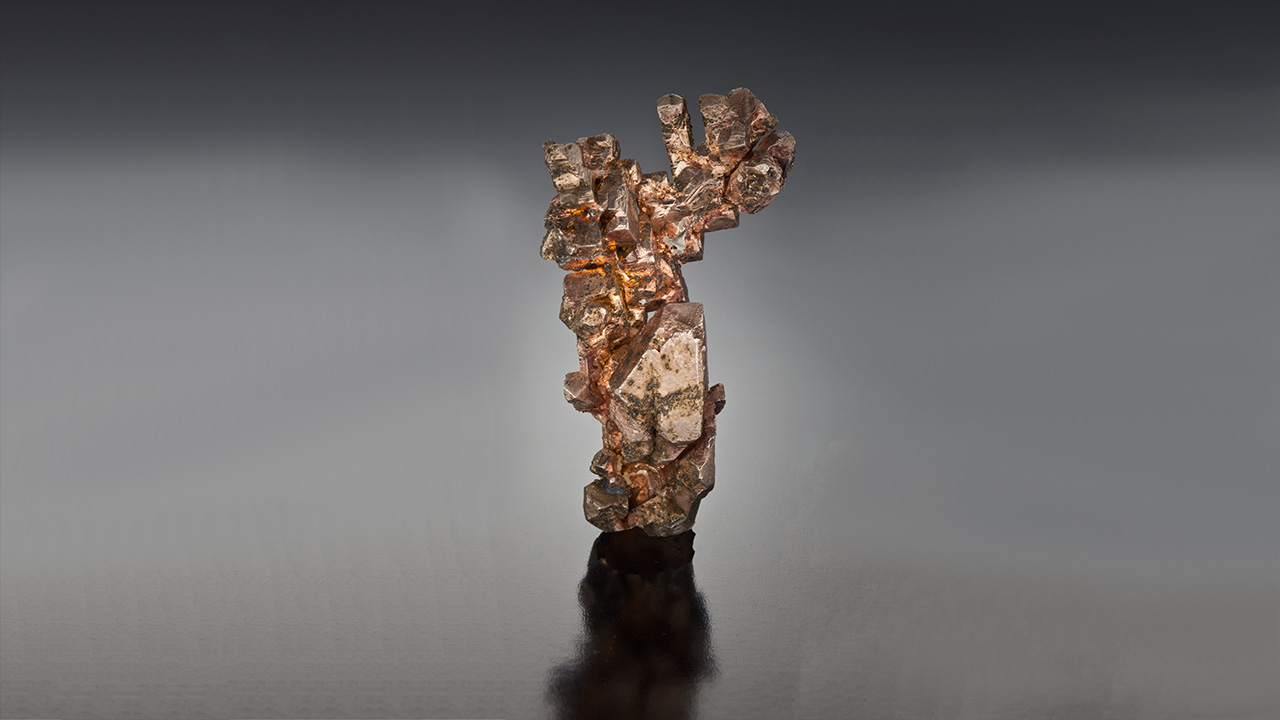 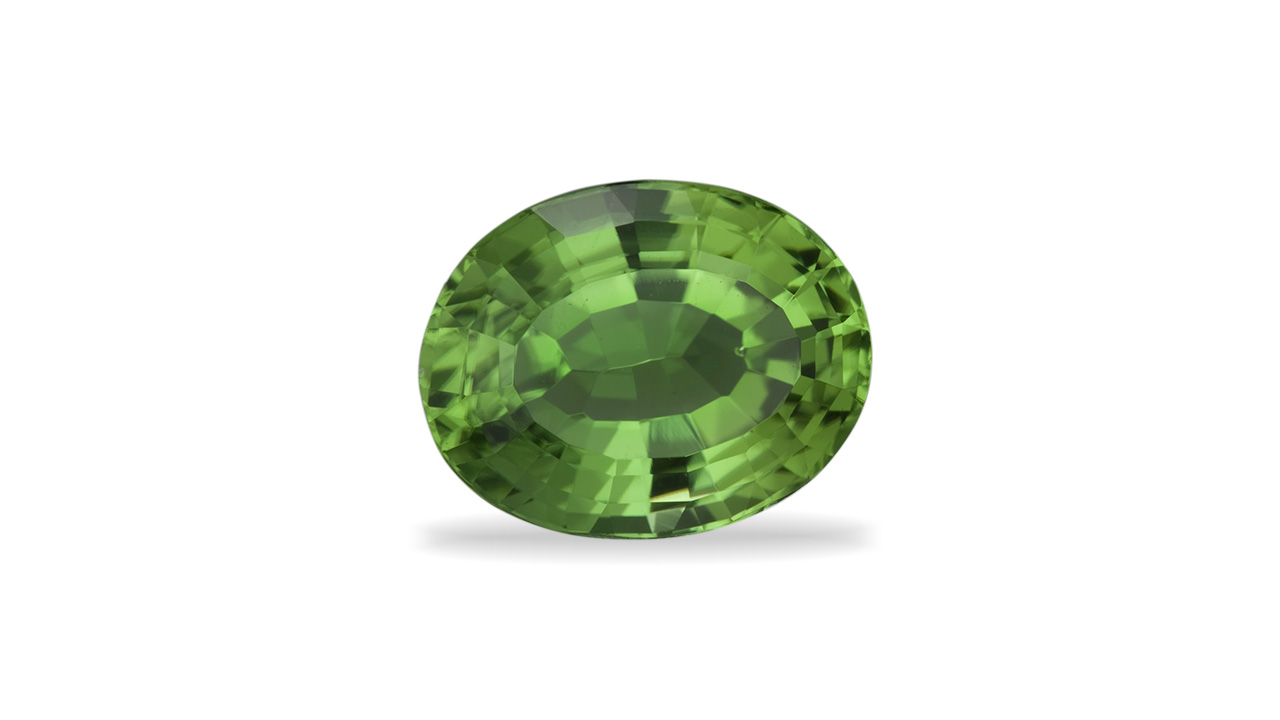 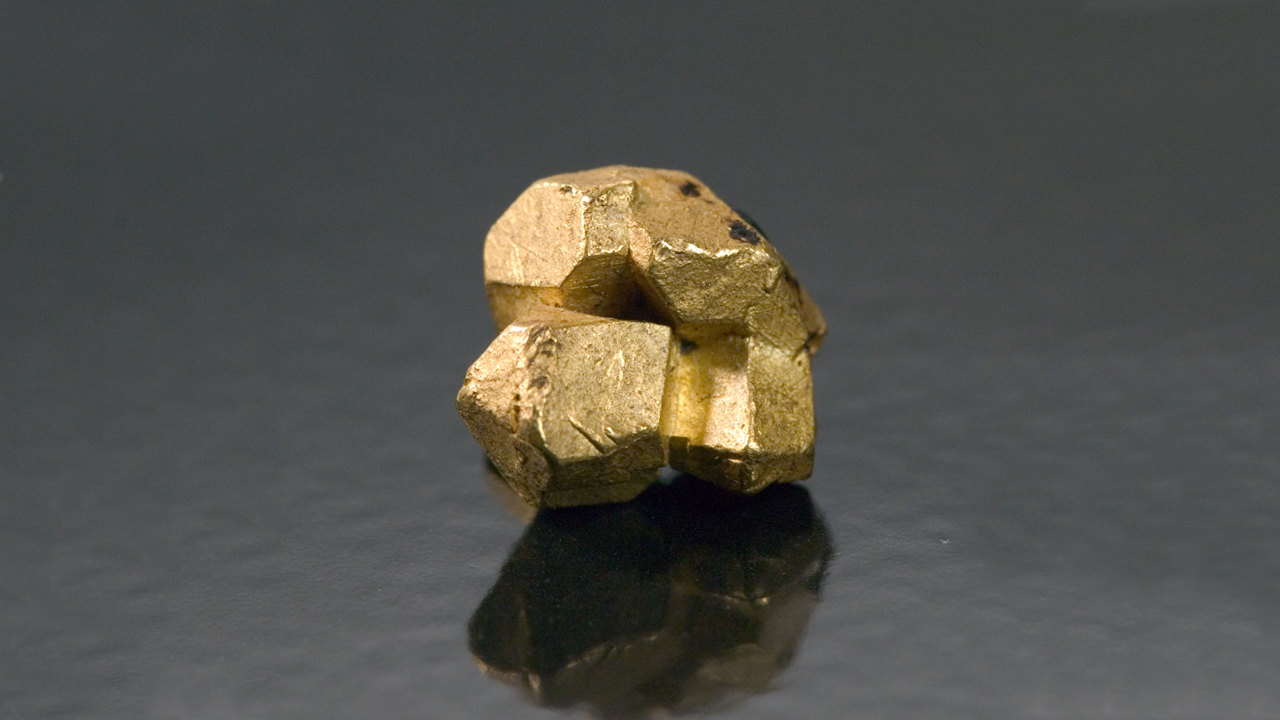 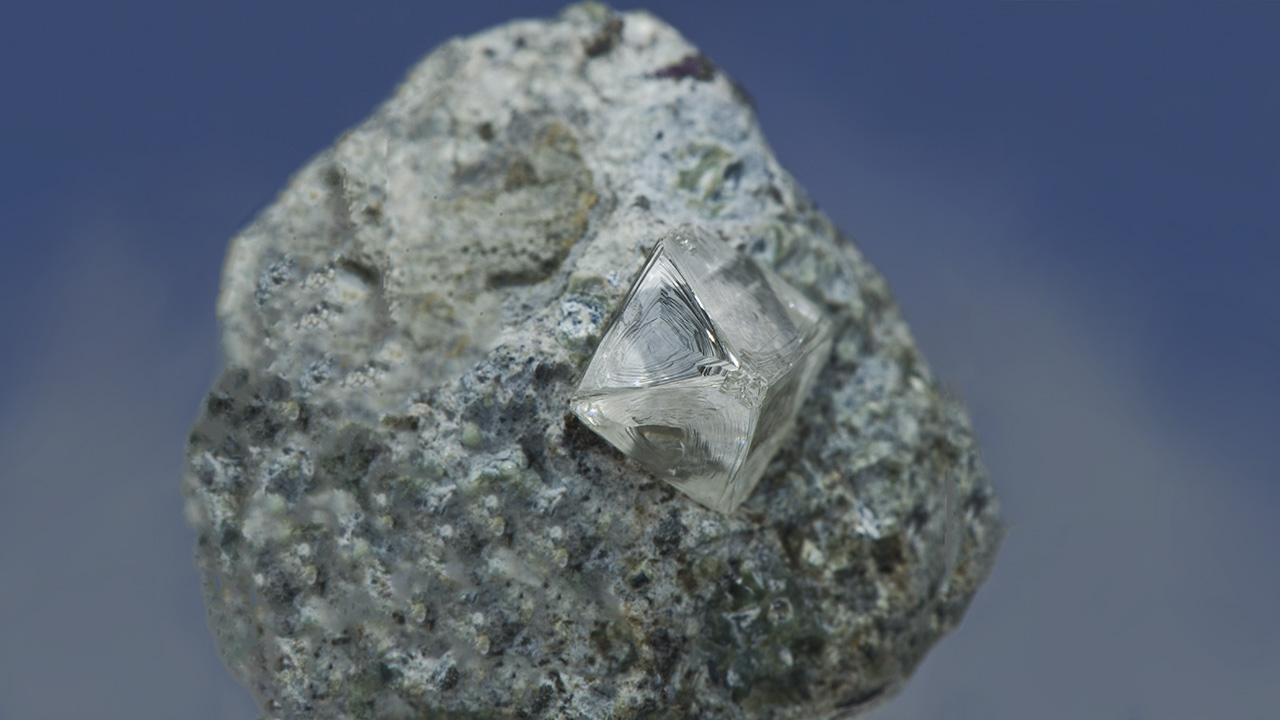 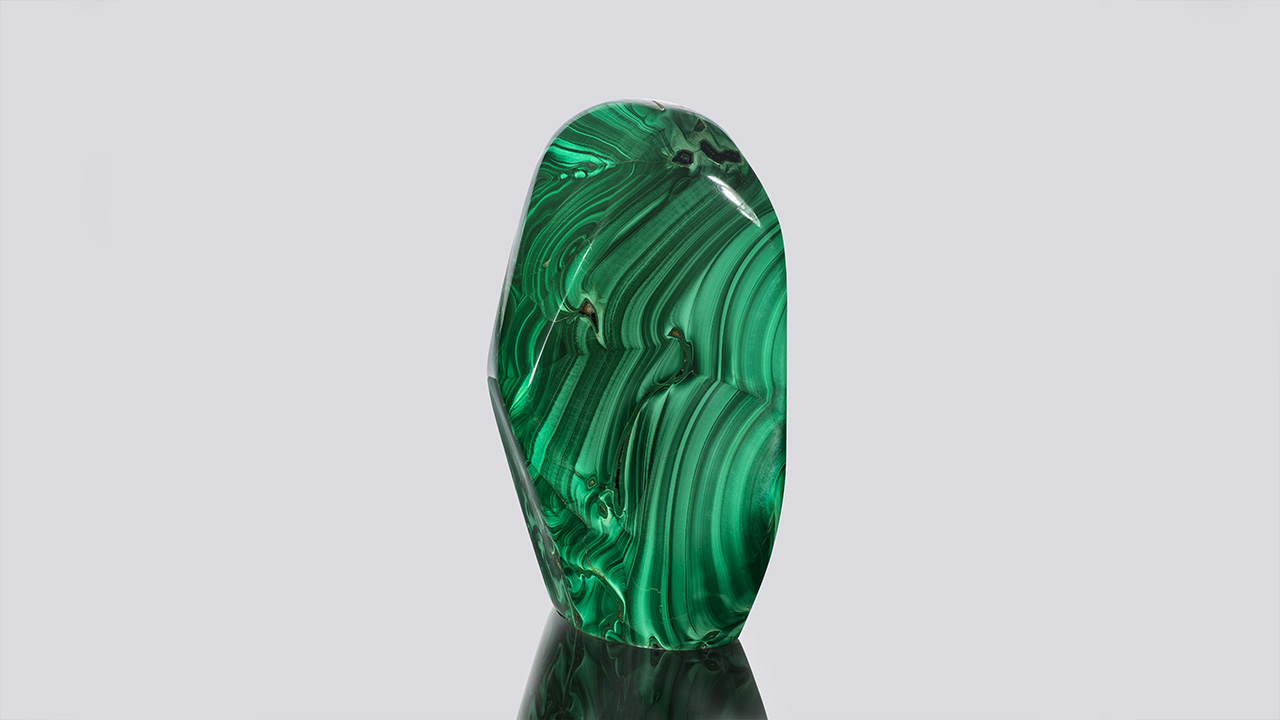 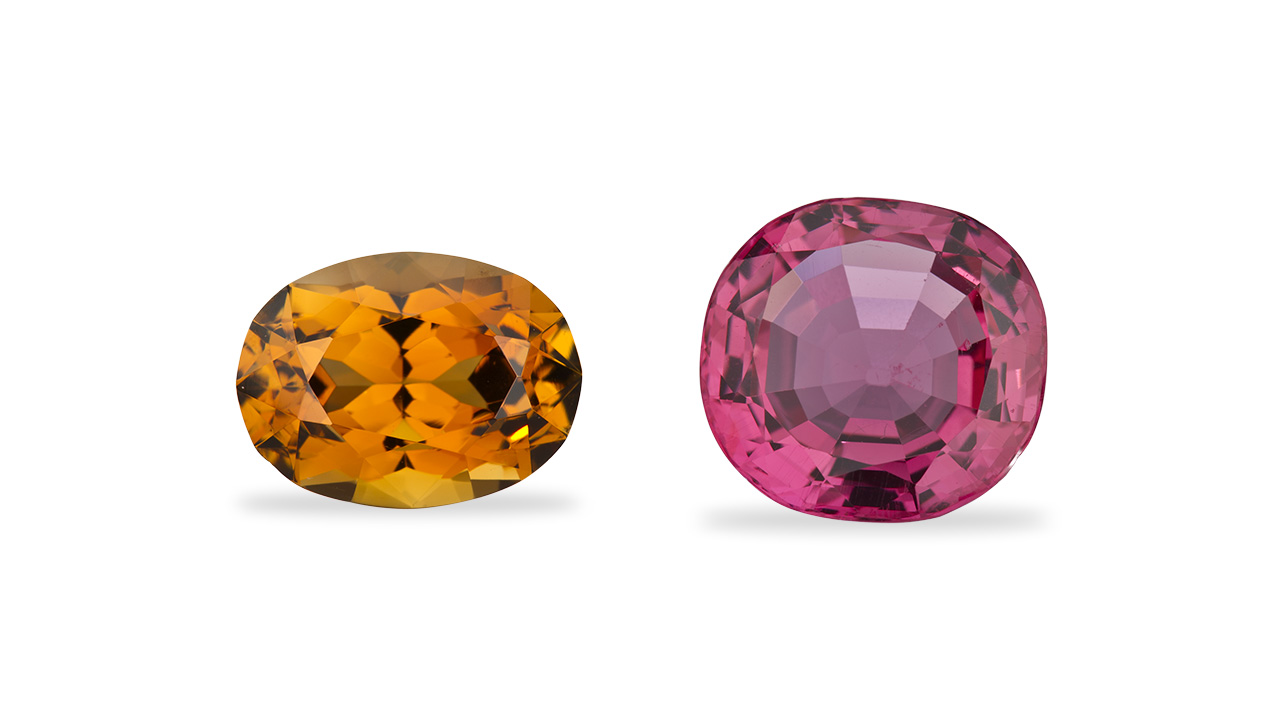 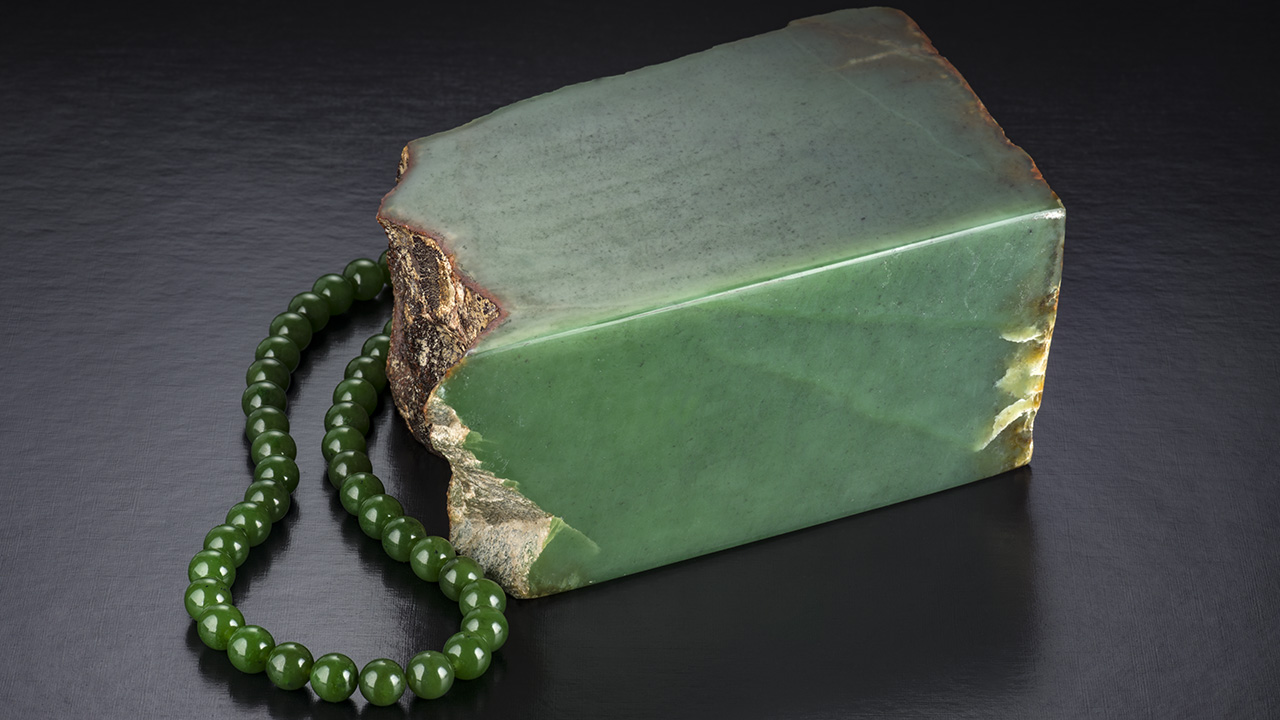 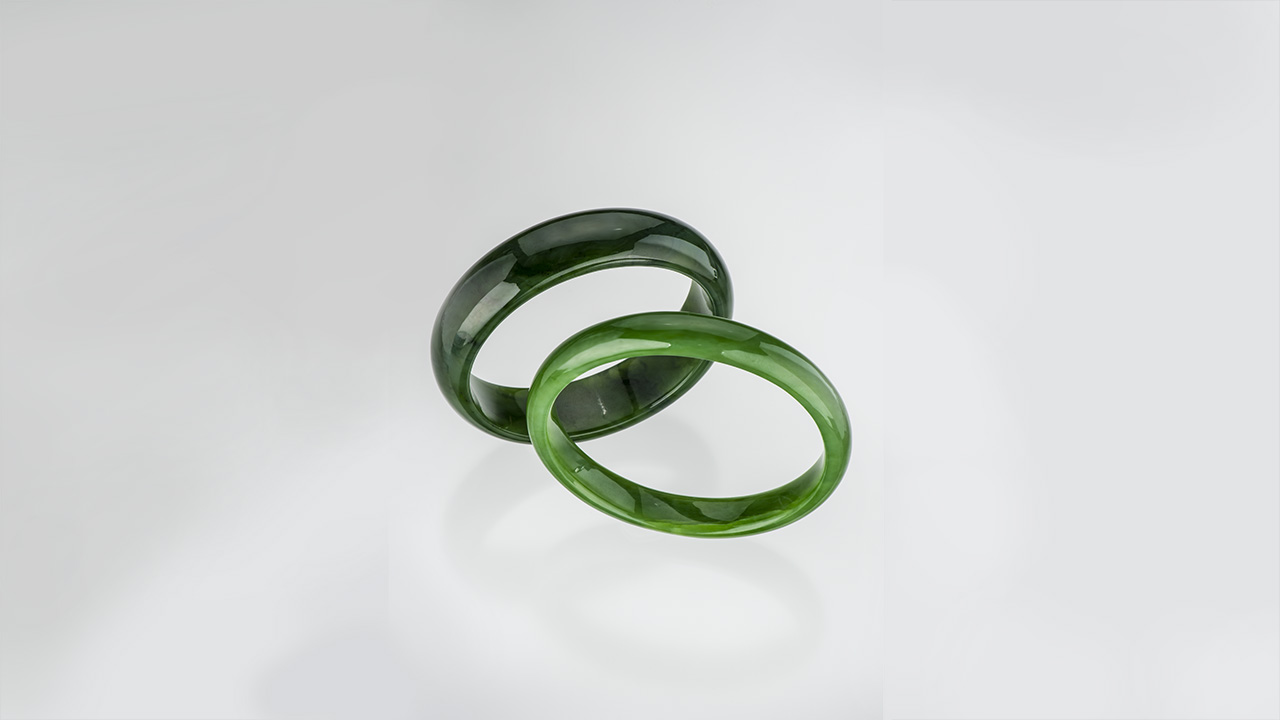 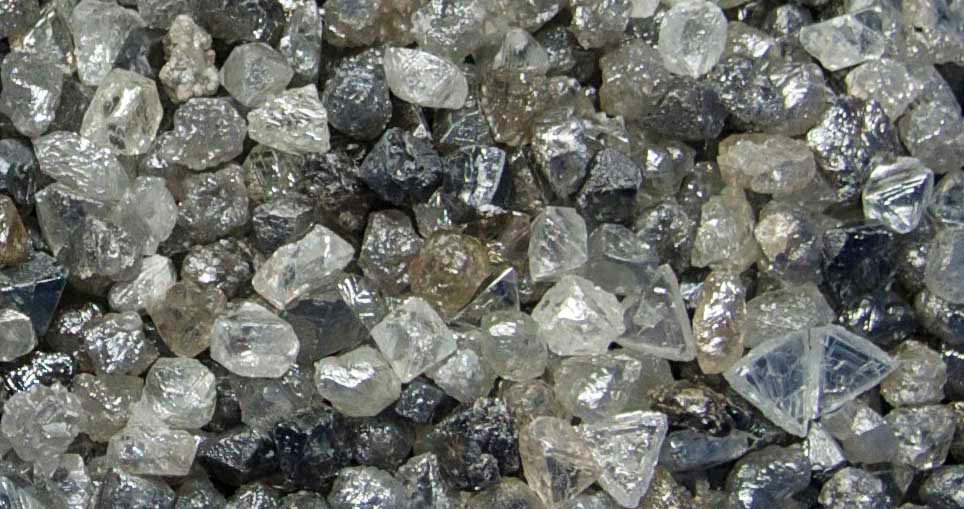 The next destination takes us to Yakutia, in the frozen tundra of Siberia, 20 km (12 miles) south of the Arctic Circle. This is the land of polar nights where the sun never shines for days in winter. Mir Mine, the world’s largest known open pit diamond mine, was discovered in 1955 by Soviet geologists. It sits at the site of a volcanic pipe that contained trillions of carats of diamonds. The Mir Mine, worked sporadically until 2011, is closed. In its heyday in the 1960s, millions of carats of gem quality diamonds were produced annually. In 1980, a 342.57 carat fancy lemon yellow diamond was found in the Mir Mine. It now resides in the Russian Diamond Fund, Moscow Kremlin.

Canada is the final destination in our odyssey for polar gems. The geological conditions in British Columbia are similar to the conditions in Myanmar and China, the top two producers of jadeite. An 18-ton nephrite boulder, Polar Pride, was discovered at the Polar Jade Mine in British Columbia. Half of the Polar Pride boulder was carved into the famous 4.65-ton Jade Buddha for Universal Peace in Thailand over a two-year period. It is approximately 2.5 meters (about 8 feet) tall − the largest Buddha ever carved from gem-quality nephrite. The jade Buddha has been on a tour of more than 15 countries since 2009 to inspire people to seek peace in their lives. 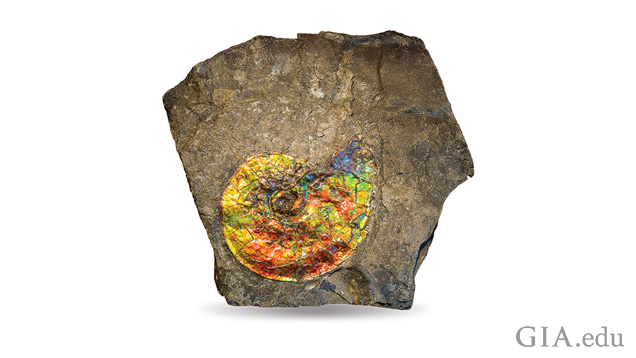 This collector specimen from Calgary, Alberta, Canada is an extinct fossilized ammonite shell in matrix. Similar rough would be fashioned into cabochons for jewelry and sold as ammolite. Gift of Korite International. Photo by Kevin Schumacher

Southern Alberta is a source of ammonite, a fossilized extinct group of marine animals related to modern day cephalopods, such as the squid, octopus and nautilus. They lived 200–65 million years ago, becoming extinct along with the dinosaurs. Most ammonite fossil shells are treated with a colorless hardened substance to increase stability. Some shells show very strong iridescence when polished. They are fashioned into jewelry and known as “Ammolite” in the trade.

The eastern regions in Canada’s Northwest Territories near the Arctic Circle share a climate similar to the Mir Mine in Siberia, Russia. The relatively new Ekati and Diavik diamond mines, located 300 km (186 miles) from Yellowknife in the Lac de Gras region, are renowned for producing premium quality diamonds that are often marketed as “conflict-free” diamonds. Canada also produces an array of colored gemstones and crystal specimens.

Our journey through the polar regions of northern continents reveals a richness of gems and minerals that are sure to warm your soul.