The magnitude of the quartz family is second only to feldspar in the composition of Earth’s crust. Agate and jasper are varieties of chalcedony that are made up of tiny crystals of quartz not visible to the unaided eye. These micro- and cryptocrystalline forms of quartz have fascinated both kings and the common man since antiquity.

Agate was first mentioned in literature in a treatise “On Stones,” by Theophrastus (372-287 BCE). He referred to it as a beautiful stone that was highly valued. Later, according to Pliny the Elder in his “Natural History” (77 CE), agate was much more plentiful and varied and thus its value decreased.

Both Pliny and Theophrastus wrote that agate derived its name from the river Achates in Sicily, where it was likely found for the first time.

Agates and jaspers are formed in infinite varieties of multicolored patterns − each a unique creation of nature’s art. They are found in rich fall colors of orange, brown and golden hues and form in layers or bands of colors. They also form as “thunder eggs,” which are nodule-like or geode-like formations. Amorphous and swirling patterns − that can resemble galaxies or orbiting planets – are visible in some agates. 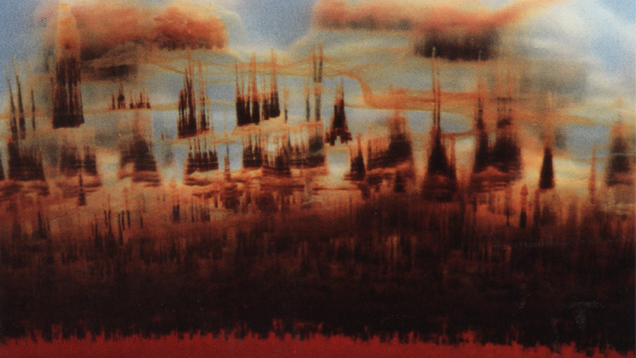 This award-winning photomicrograph is a slab of Brazilian agate that was sliced perpendicular to it formational layering and was polished. The minerals are goethite and hematite, but what the inclusion scene depicts is open to the imagination. Photomicrograph by John I. Koivula/GIA

Fire agate breaks up reflected white light to reveal a spectrum of hues. Similarly, iris agate breaks up transmitted light, to exhibit a rainbow of color. Agates used as gemstones may be naturally colored, but they are also often dyed. This is true of intense pink, blue, or green agates. Agate is a porous material and lends itself well to color enhancement treatments.

As with many gemstones, their trade names describe their appearance: poppy jasper, dendritic, lace, iris, fire and landscape agates, to name a few.

Because of its beauty, relative abundance and suitability for carving, chalcedony has been widely used in jewelry and cameos (carved above the surface) and intaglios (carved below the surface) since ancient times in Europe and the Middle East.

Before the time of Alexander the Great, chalcedony seals that could be pressed into wax to certify a signature or authentic a document, were usually depicted as animals or elements of nature. Alexander the Great commissioned a portrait cameo of himself in the image of a god, possibly the world’s first “selfie.” Later, family crests were carved intaglios that were also used as seals. Fine gem material and intricate carving was a mark of social status. 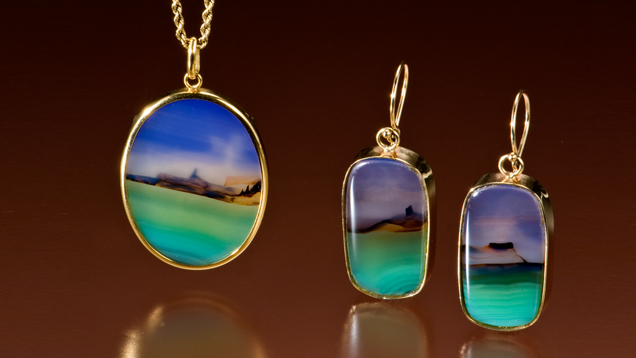 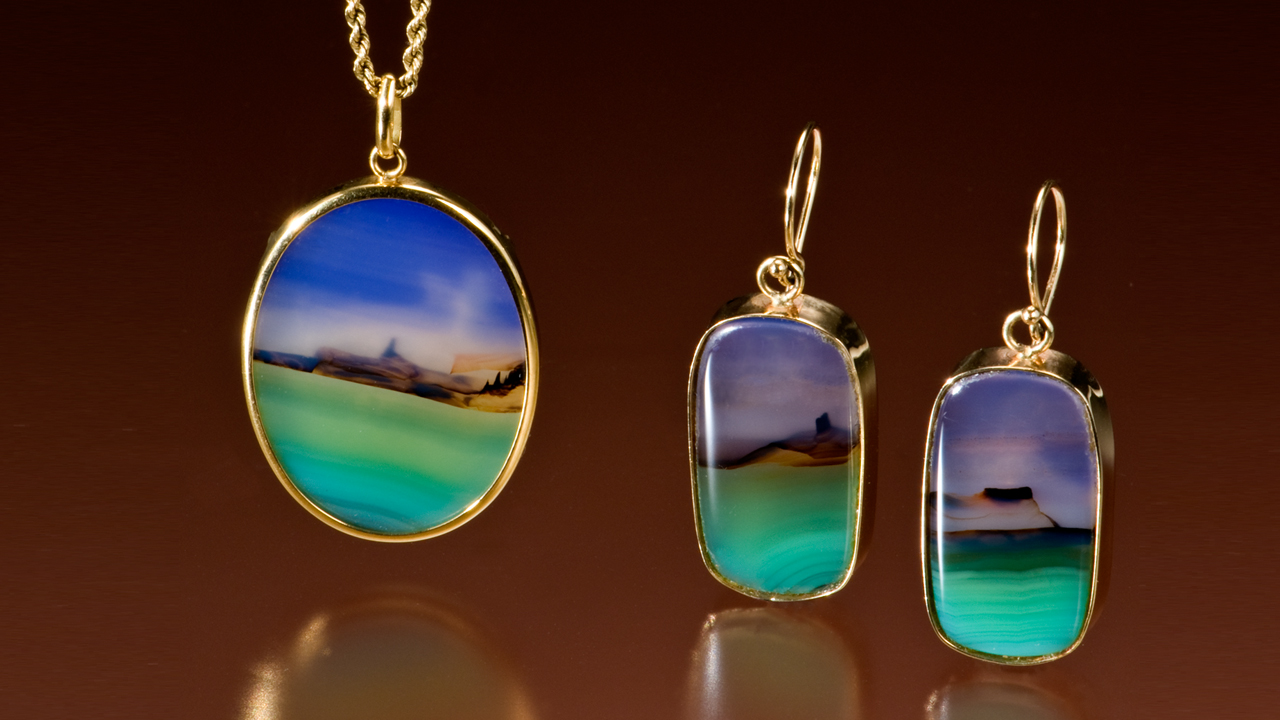 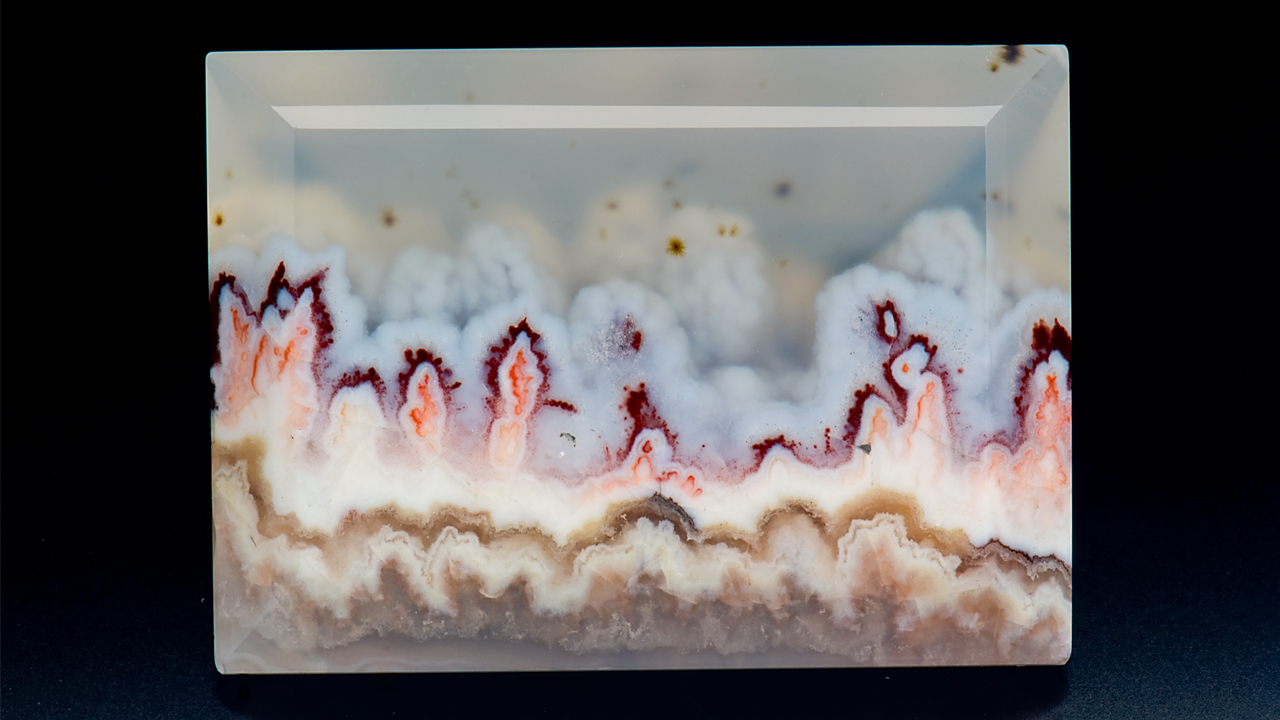 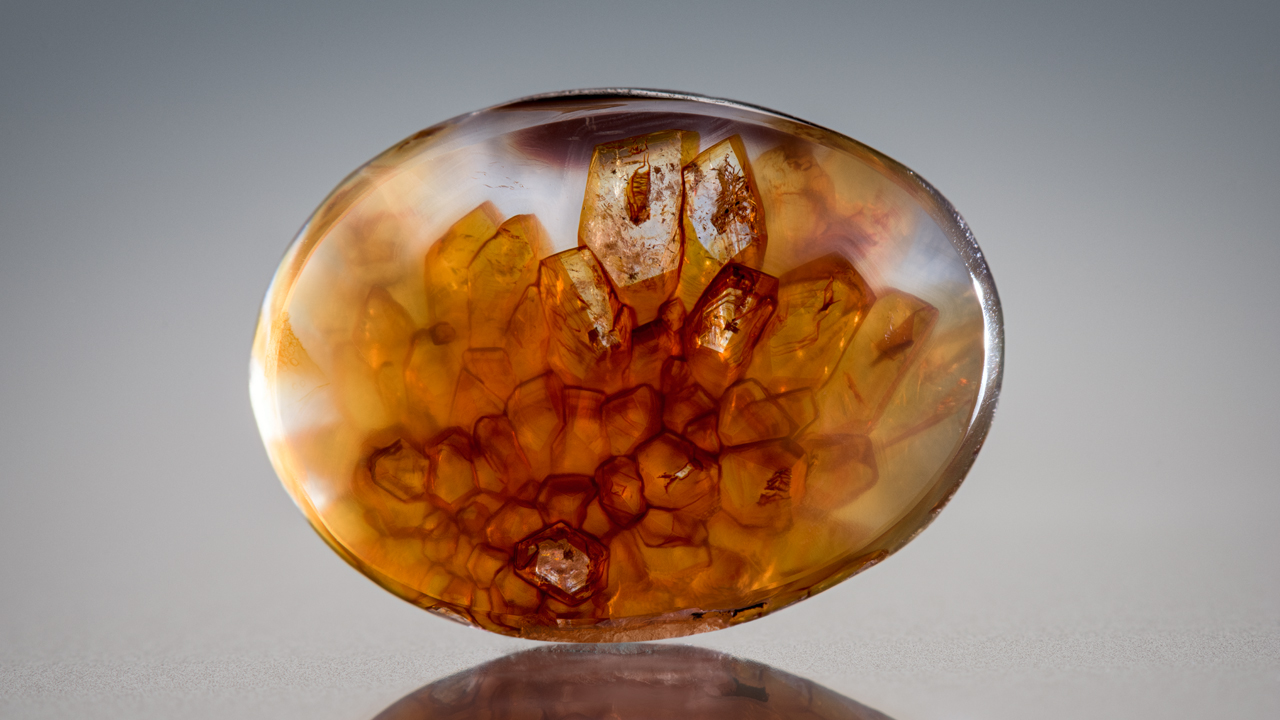 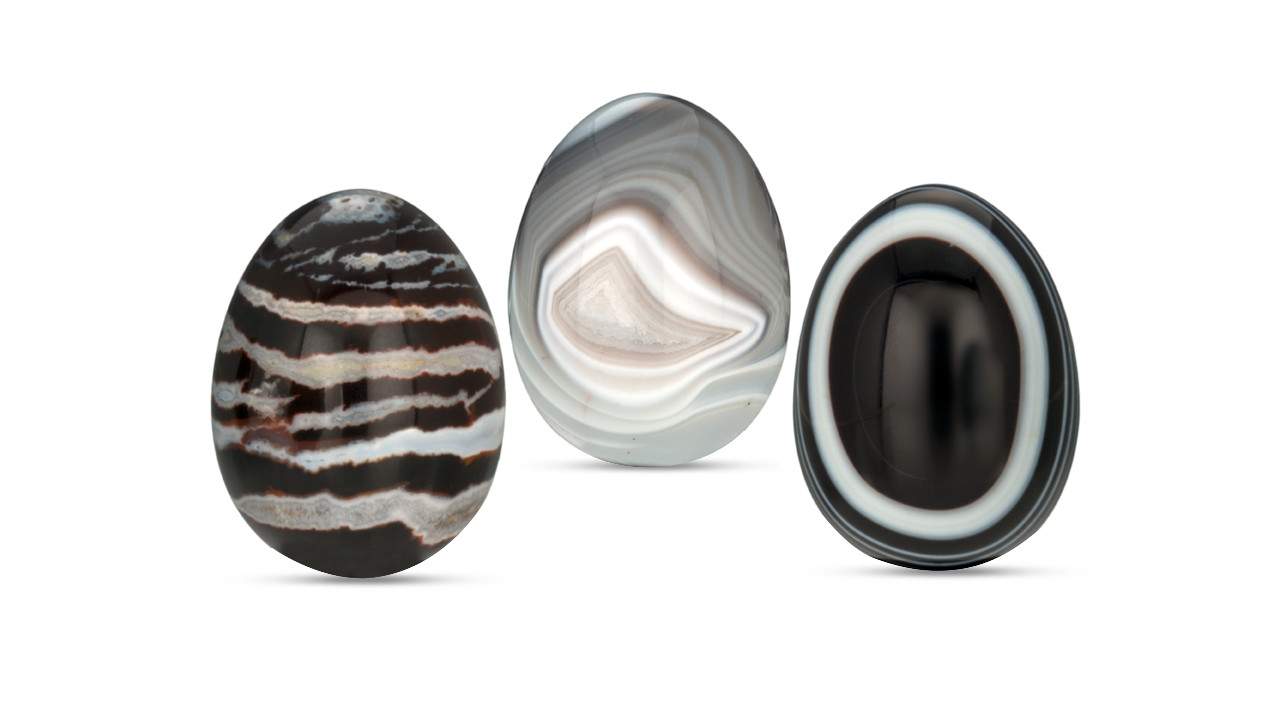 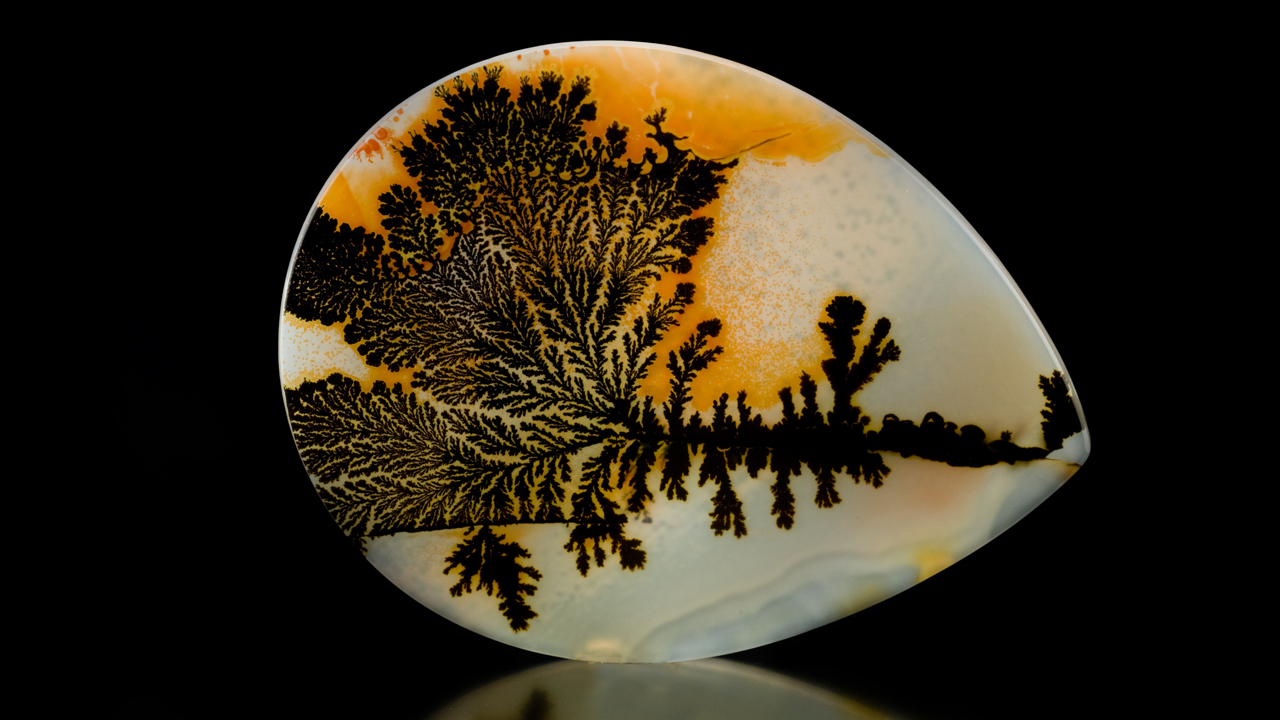 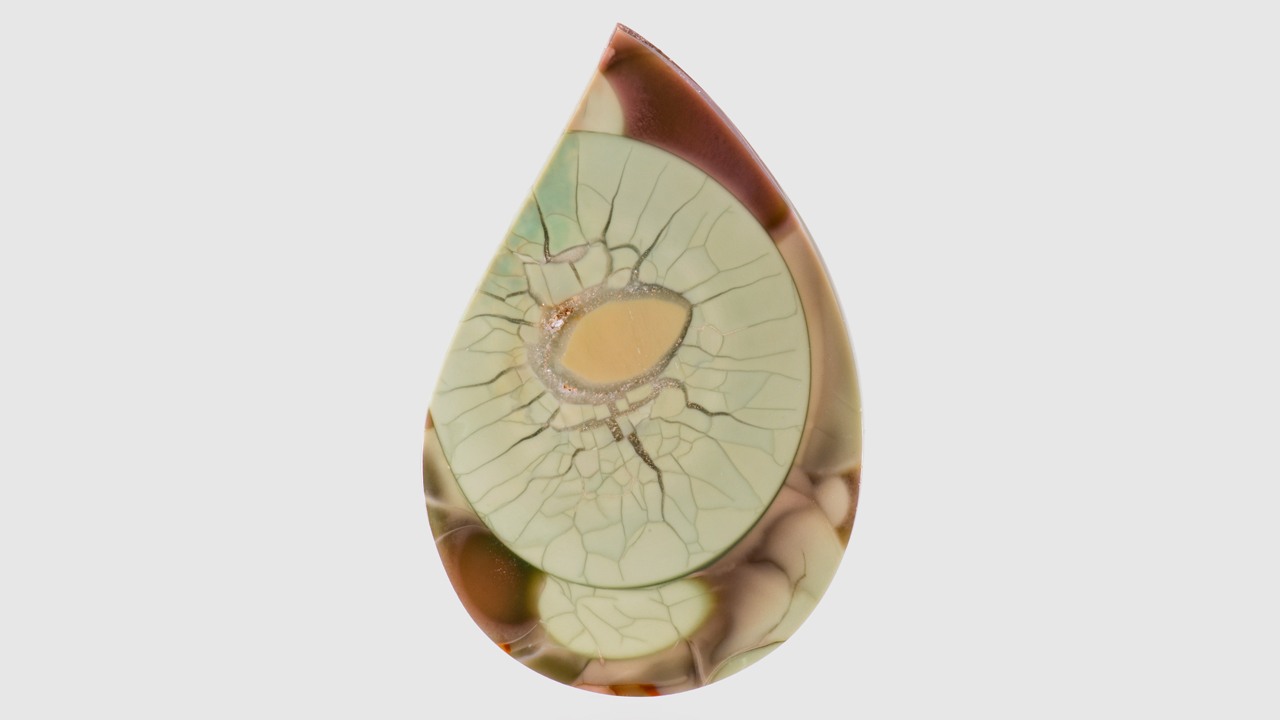 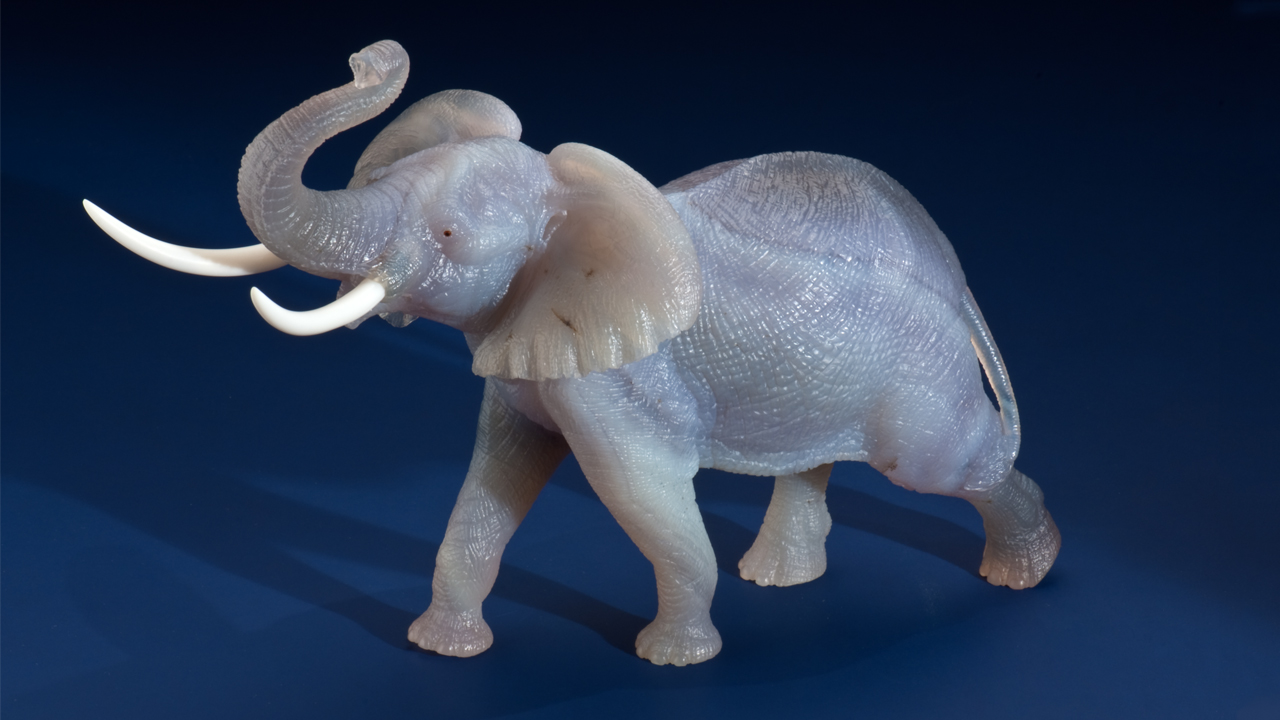 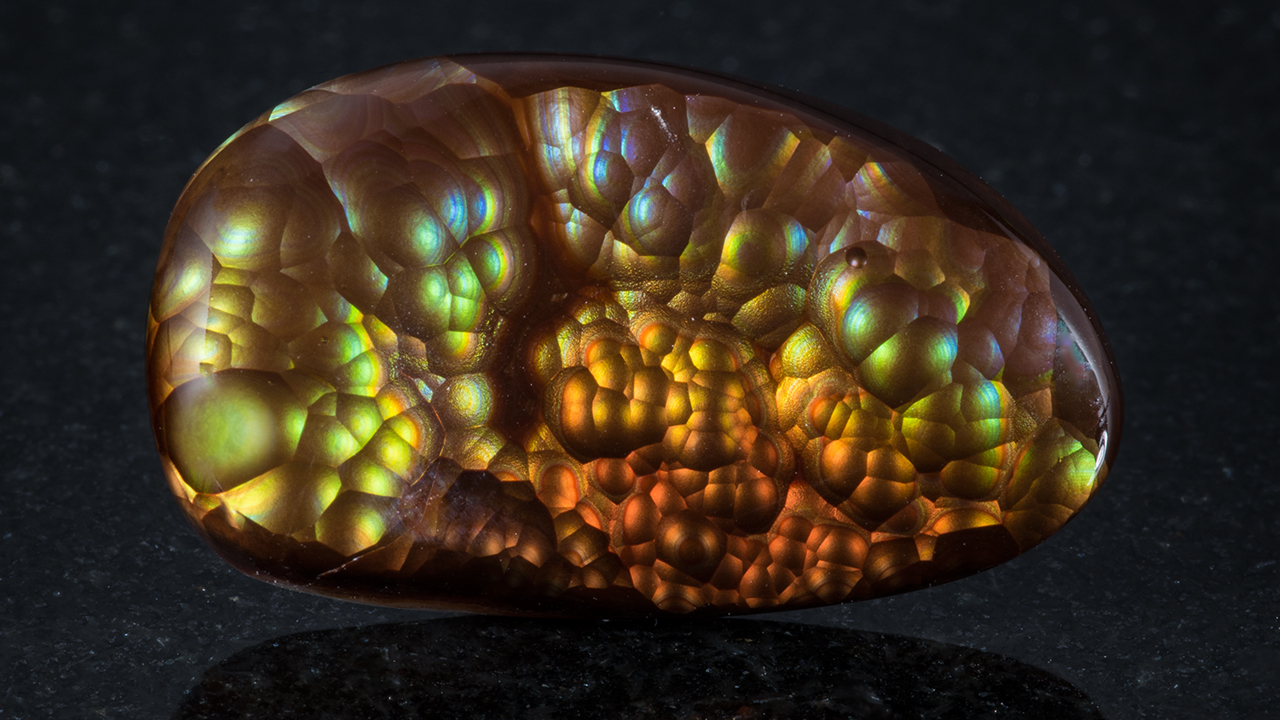 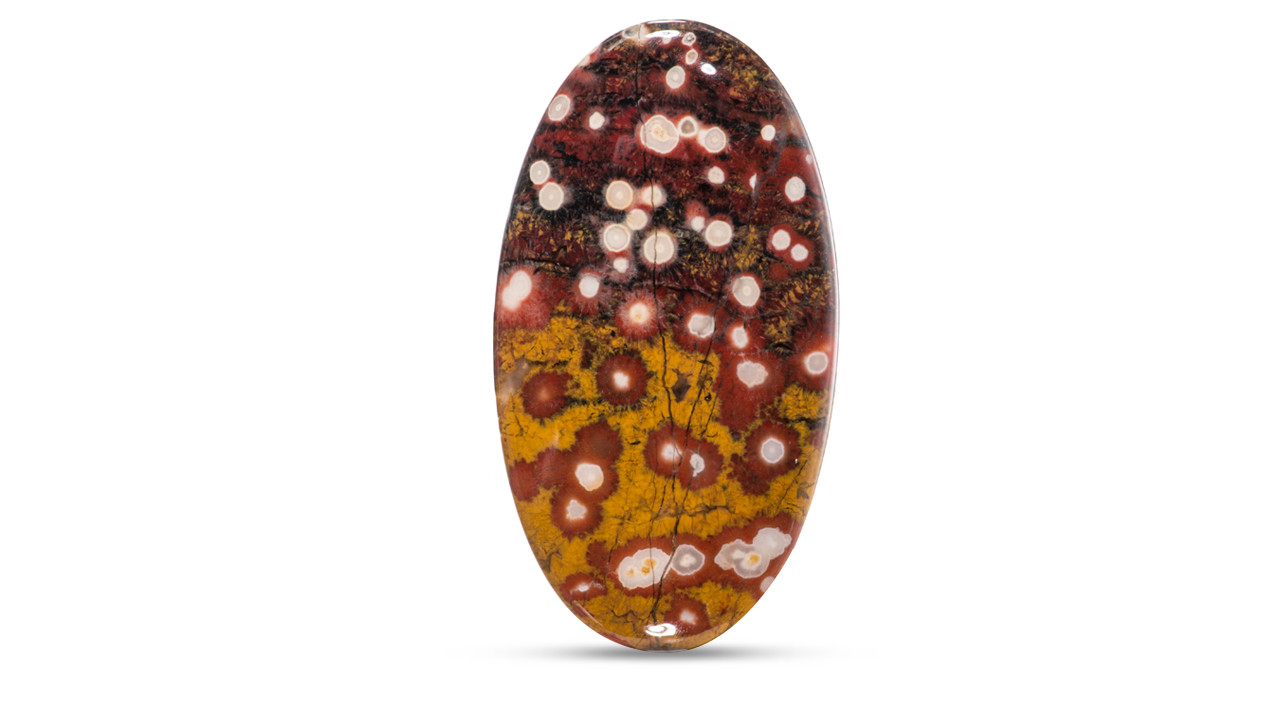 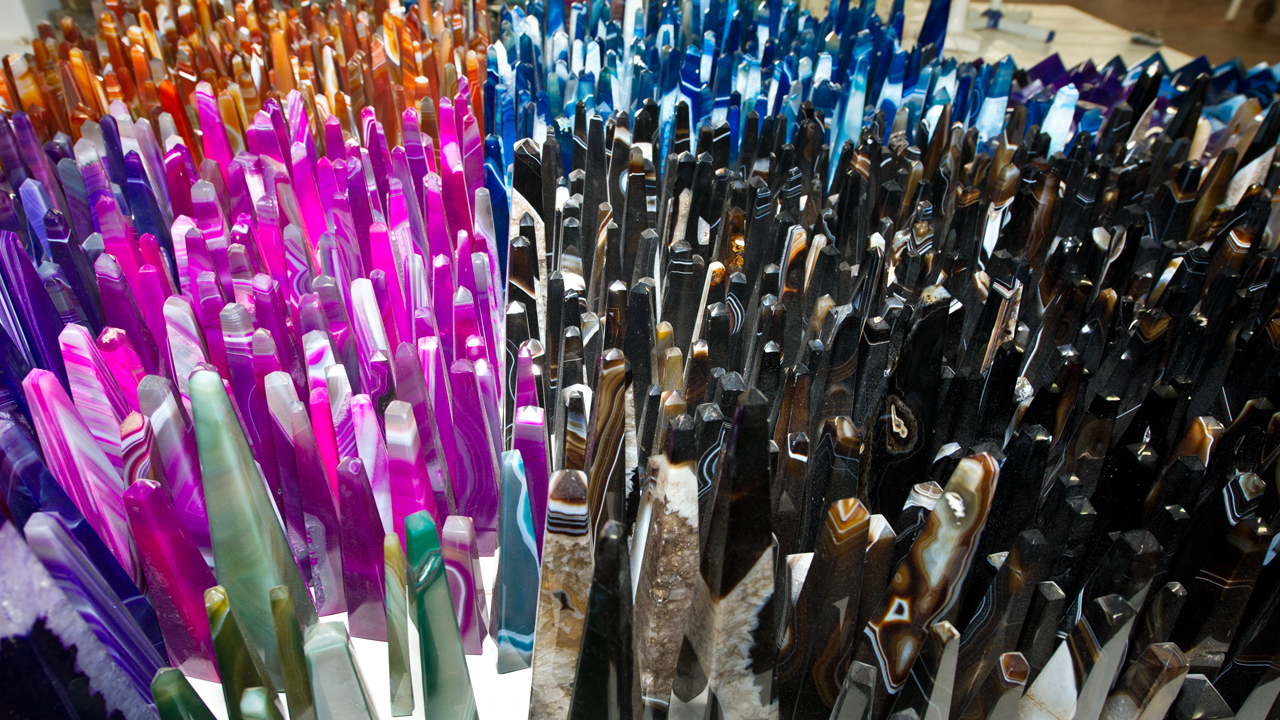 Idar-Oberstein, Germany is known for the finest agate carvings in the world. Agate has been mined there along the Nahe River Valley since the 1400s and the flow of the river was used to power the grinding wheels for stone cutting. The art of gem carving thrived in the region due to the abundance of agates, jaspers and other chalcedony.

When agate deposits in Germany were depleted in the 1800s, gem cutters in Idar-Oberstein started to import material from Brazil. In addition to Brazil, deposits were discovered in Argentina and Uruguay in South America, and in localities in Europe, Australia and North America. This allowed the art of carving and gem cutting to continue to prosper.

The Jerusalem Egg Collection, a collection of 850 carved gem and minerals, many of them agate, jasper and other microcrystalline quartz, represents a lifetime of work by Dieter Jerusalem, a modern master cutter from Idar-Oberstein. Other important modern gem carvers of the region include Bernd Munsteiner, his son Tom Munsteiner, Erwin Pauly, his son Hans Ullrich Pauly, Dieter Lorenz, Gerd Dreher and Patrick Dreher.

The art of cutting and carving agates has since been emulated in other countries around the world and the first agate symposium was held in 2005 in Denver, Colorado. Since then, interest in the colorful microcrystalline quartz family has continued to grow.

Tom Munsteiner was inspired to create new interpretations of natural mineral pieces and take gem carving to the level of abstract art.

A GIA team was introduced to the largest jadeite boulder being carved, an amazing blend of nature’s beauty and man’s artistry.

Bernd Munsteiner created the fantasy cut. See how it has inspired a generation of lapidaries.