Edgar Allen Poe, Jules Verne and Stephen King are not names that often pop up in conversations about jewelry design, but designer Veronica Eckert points to the literary icons as early catalysts for her creativity.

“I read my father’s entire collection of science fiction books as a child,” says Eckert, a Mexican-American jewelry designer based in Los Angeles. “It had a big impact.”

Eckert, a GIA JDT, is the owner of Veronica Eckert Studio and the recent grand prize winner of the Revere Academy’s 2016 Tahitian Pearl Jewelry Design Contest. Her winning design is the dreamy, space-inspired “Trip to Saturn” platinum ring, which features a 12-mm, high-luster black Tahitian pearl and blue sapphires, aquamarines and diamonds.

“My pieces are almost storytellers,” Eckert says. “The inspiration for that ring came from my fascination with the universe, and the fact that Saturn was at its closest to Earth last year. I imagined the stars traveling along the shank of the ring and going around the pearl to represent Saturn’s rings.”

She says that the experience of participating in the design competition elevated her artistic vision.

“Winning a design award pushes you to become more creative and sharpen your skills and imagination,” she says. “Learning about pearls and working with them increased my love for nature and creativity.” 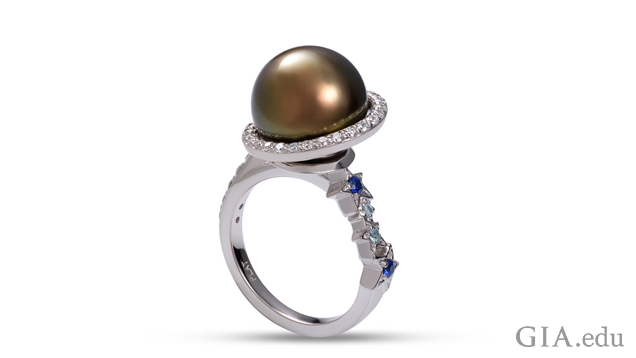 The desire to create and communicate through jewelry ran through Eckert’s family for two prior generations. Her great-grandfather and grandfather owned a jewelry store in her hometown of Monterrey, Mexico. As a young girl, she carefully observed her grandfather, Eduardo Aguilar Herrera, as he interacted with customers in his shop. She noted the smile on his face when a customer was satisfied with a new piece of jewelry, and giggled in delight as she watched him use his old loupe to create the illusion of a “gigantic, magnified eye.”

Eckert’s parents, a surgeon and a biologist, did not pursue the jewelry industry, and her grandfather passed away when she was young. The family store closed after his death, and though Eckert could no longer visit the store or learn from him, her desire to create was irrepressible.

“I dedicated a good amount of time to working with my hands – drawing, creating toys, beading, disassembling and reassembling electronics,” she says. “It would sometimes get me in trouble when there was a ‘spare part’ missing from a piece of electronics, but that curiosity is what guides us to become makers.”

Eckert studied design and worked as a graphic artist, and eventually art director, for an advertising and marketing agency. But, after immigrating to the United States and working for a design studio in Seattle in 2011, she decided to sign up for a beginner’s jewelry-making class at a small studio in the city. She instantly felt a spark of curiosity.

“As soon as I had my first experience soldering, I felt the bond between the metal and me,” she says. “It was fascinating to see a sheet of metal and think, ‘How many things can I create with this?’”

Eckert quickly enrolled in San Francisco’s Revere Academy of Jewelry Arts, where she completed two programs and earned recognition as a goldsmith. She improved her skills there, learning to “work in extreme detail.” 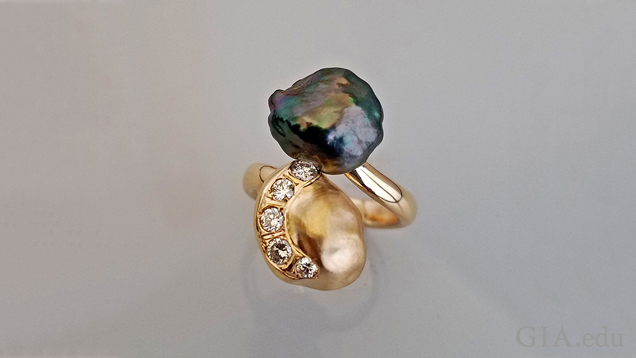 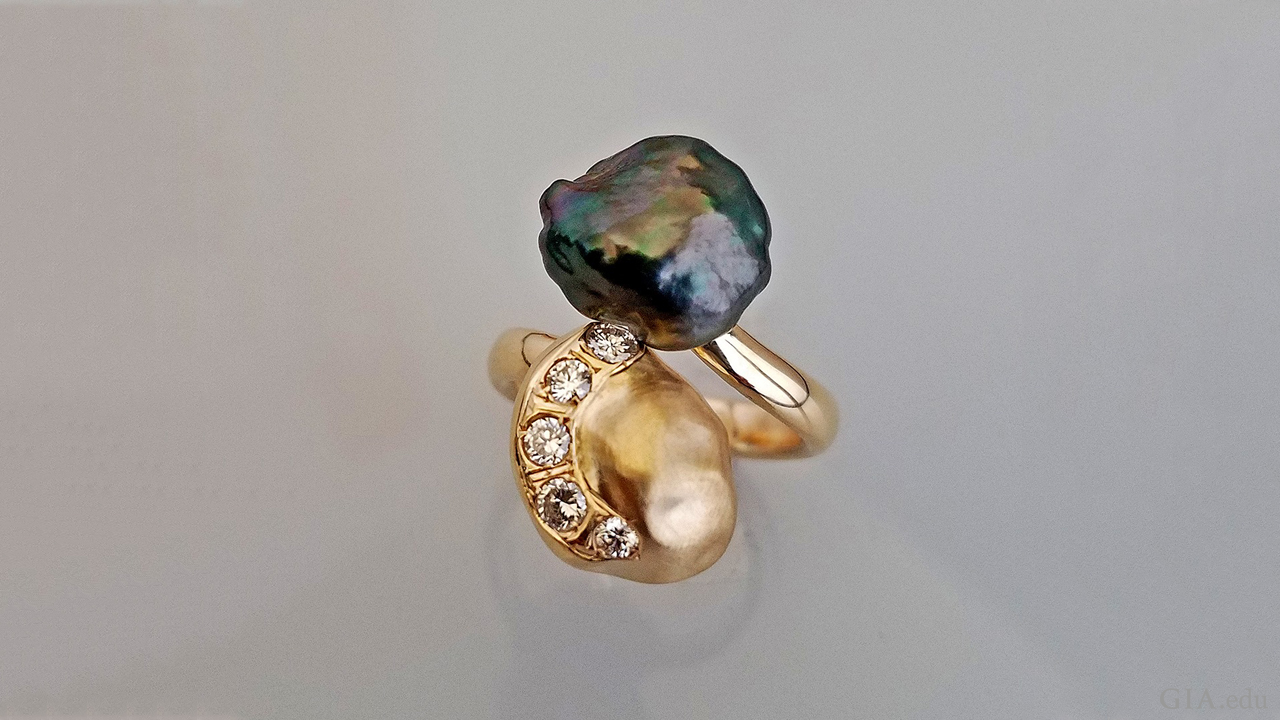 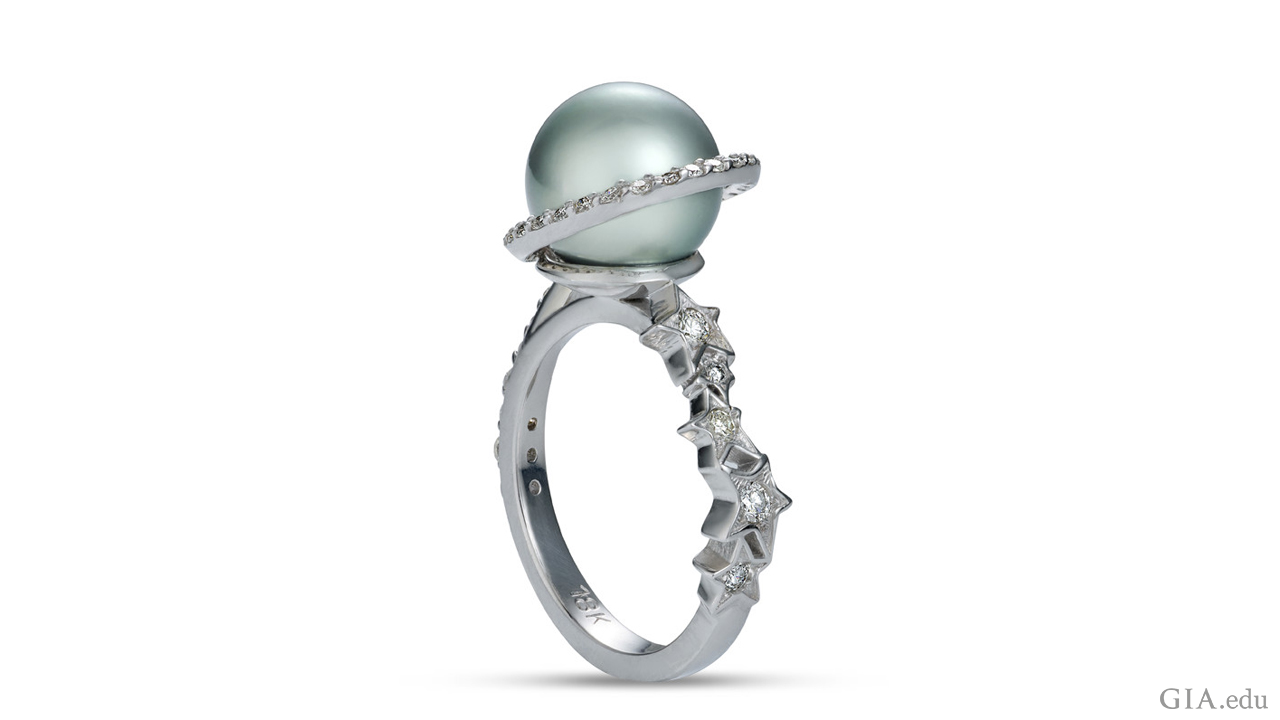 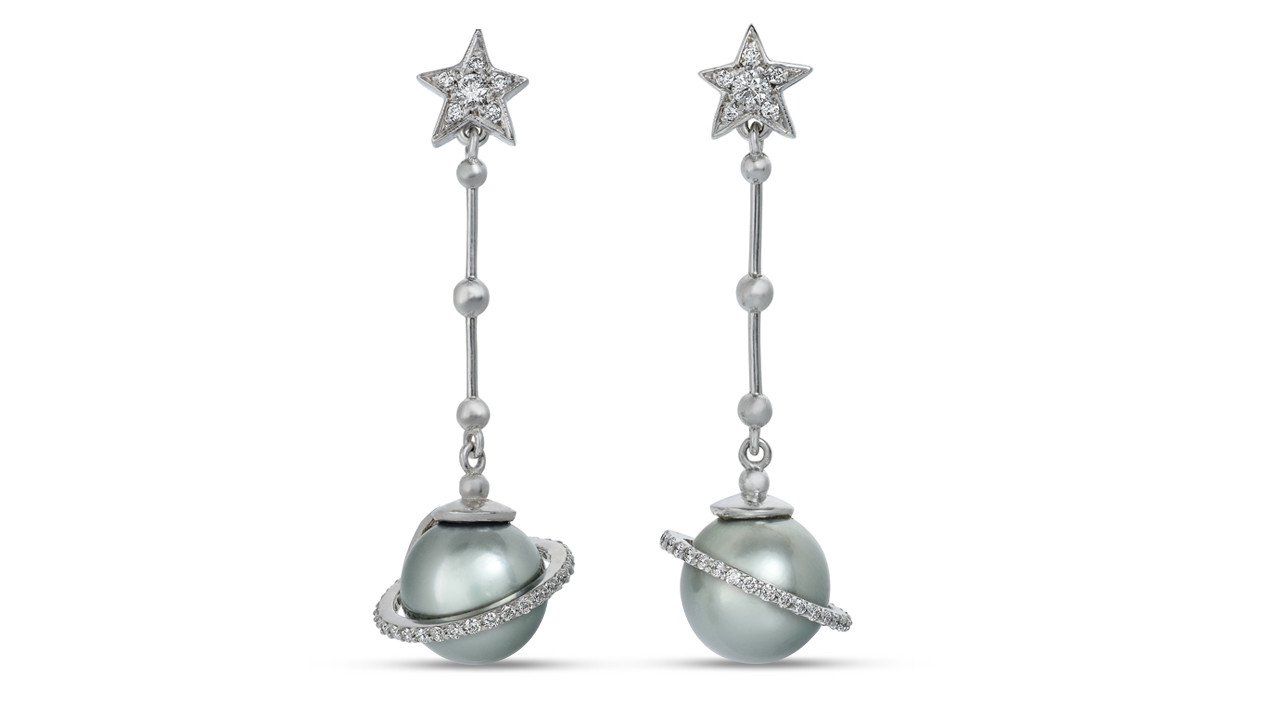 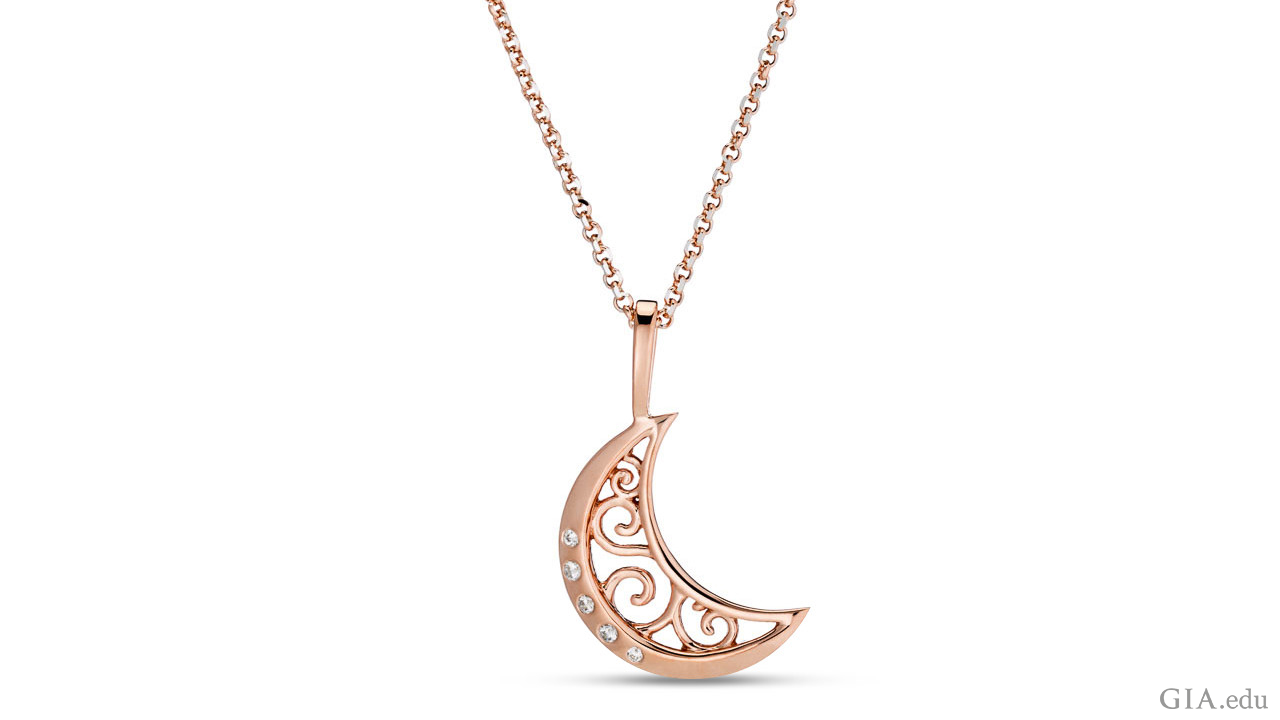 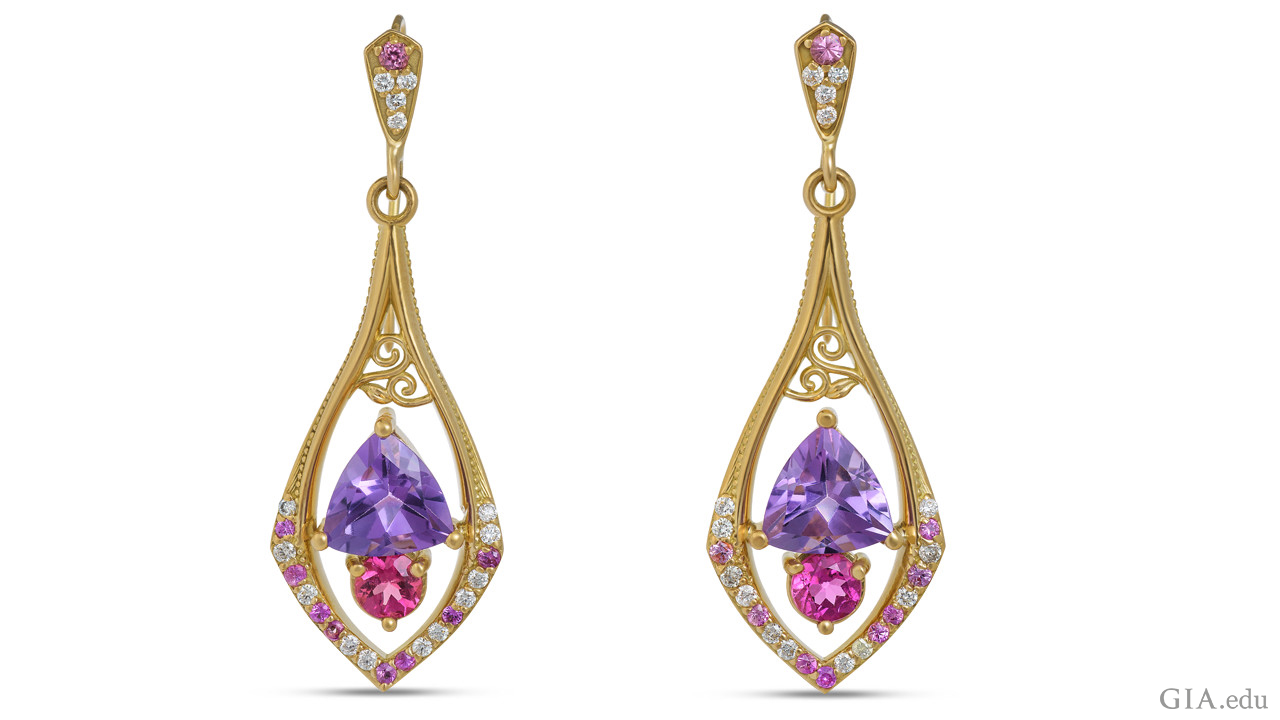 Eckert began to hear about the impact of CAD/CAM in the jewelry industry and wanted to know more. She discovered the Jewelry Design and Technology program at GIA, spoke with instructors and realized the JDT program was a perfect fit. Eckert jumped in, moving to Carlsbad for six months and enrolling in the On Campus program.

“GIA opened new possibilities for my creations,” she says. “Not only did the CAD program help me create more elaborate and complex designs, but GIA helped me become further immersed in the jewelry design world, meet many people in the field … and ‘grow up’ as a professional in the jewelry industry.”

Eckert says the instructors were “dedicated and professional,” and credits Kelly Borello, in particular, with serving as an advocate for her career, post-graduation.

“She has been very helpful and kind – taking time to advise me of some modeling processes, discussing how to approach a company during a job search,” Eckert says.

After working for a fine jewelry company in Southern California, Eckert found herself so busy designing for clients that she decided to go into business for herself. She opened Veronica Eckert Studio Jewelry in December 2016, in a small studio in Los Angeles’ jewelry district, and is enjoying being able to invest and focus more on design.

Anything that awakens my senses inspires me.

“Sometimes I’ll have an idea in my head and keep working on it until I’m ready to put it on paper. Other times, I pull out my sketching pad and just draw an idea even in the middle of the night," Eckert says. "I’ll give each of my pieces a personality and a name, and think about the story that might be behind that name in order to create it.”

Eckert cites art nouveau architecture, surrealist painters like Remedios Varo, and of course, science fiction, as sources of inspiration, but her ambitions are quite down to earth.

“My goal as a jewelry designer is simply to become a better designer every day,” she says.

To her delight, Eckert’s daughter, Itzel Montserrat, has followed her into the gem and jewelry industry.

Montserrat earned her GG diploma in 2014, and after working for Blue Nile in Seattle, moved to the Los Angeles suburb of Monrovia to work in quality assurance for designer Christian Tse. She also assists Eckert with buying, appraisal and gem identification.

Montserrat’s entry into the jewelry industry means that after a brief lapse, the mother-daughter duo can say that their family’s history runs four generations strong.

“My grandfather didn’t have a chance to see me become a jewelry designer, or my daughter become a gemologist,” Eckert says. “But his heritage and skills flow in our blood.”
About the Author