London is one of the world’s great cities. It has vibrant entertainment, fashion, and tourist industries. It’s one of Europe’s financial centers. It’s an architectural masterpiece that’s home to dozens of important buildings. It has 300 theaters and 43 universities. It’s a young city: some 31% of the population is 24 or younger. It’s an old city: people have lived there since 4500 B.C. London is so vast that it can’t be summed up in a few words, but perhaps the 18th-century writer, Samuel Johnson, said it best: “When a man is tired of London, he is tired of life.” 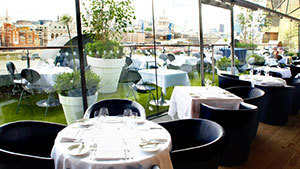 If you’re looking for a romantic spot or a place to share a special evening, the OXO Tower London is a tempting choice. Famous for its pan-Asian and modern British cuisine, it also has a tempting vegetarian/vegan menu. A team of sommeliers are ready to help you pick the perfect wine. Its 8th-floor location and 250-foot terrace offer views that rival the cuisine. 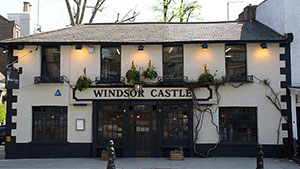 The Windsor Castle is a classic British pub. Cozy and friendly, it’s a warm and welcoming place with oak benches and worn barstools. A beer garden is humming with conversation on sunny days. Some 18 specialty drafts, lagers, pale ales, and beers flow from the tap. Tasty meals include homemade pie and mash, bangers and mash, and beer-battered fish & chips.

Time Out London, the guidebook of good taste, stated this about Red Fort: “This upmarket restaurant has been showcasing the more refined aspects of North Indian food since the early 1980s…things couldn’t get much better.” That’s high praise for a city famous for its Indian cuisine. Fine-minced seekh kebabs with tangy mint relish are a favorite. 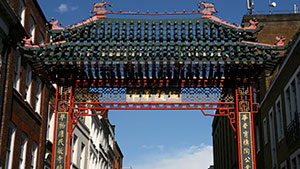 Enjoy a taste the Orient at the New Mayflower, an iconic eatery in London’s Chinatown. The food is delicious. The atmosphere is lively. The cooking is authentic. The prices are affordable. It’s everything a group of GIA students could want before heading out for a night of entertainment. 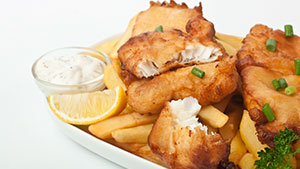 GIA students looking for a nearby pub with good food and drinks need go no further than The Fitzroy Tavern. The drinks are inexpensive, and the ambiance is special. One visitor wrote: “There are plenty of other pubs around, but the atmosphere is always buzzing.” Maybe it’s because Dylan Thomas, George Orwell, and other great thinkers congregated there. 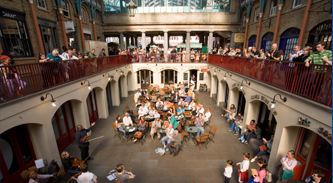 Searching for that handmade necklace? Hungry for a tasty bite? Want a pint in an award-winning pub? Then go to Covent Garden. You’ll find 60 pubs, 20 restaurants, 13 theaters, the Royal Opera, and the Royal Ballet, and hundreds of stalls with boutique wares. If that’s not enough, street performers will keep you entertained. 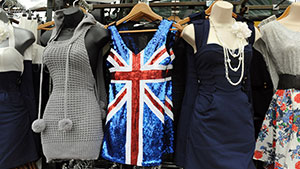 Camden Market is one of the hippest shopping spots – the place to spot the newest trends and coolest looks. Some 1000+ stalls offer vintage clothing, jewelry, and just about everything else. There’s always something on the cutting-edge of fashion – and it’s usually affordable. So set your inner fashionista free, and be prepared to come home with a new outfit.

All the World’s a Stage

The West End home of London’s vibrant theater scene. More than 40 major theaters put on productions every night. There’s also Oxford Street – the longest shopping street in Europe and home of some of the swankiest boutiques. You’ll also find Chinatown; Carnaby Street (the famous hippie enclave of the 1960s); and numerous art galleries and museums. 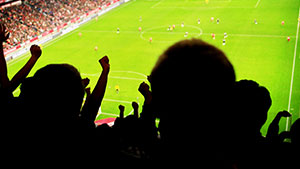 Football is a way of life in England, so be sure to attend at least one game while in London. Some 14 professional teams call the city their home, and catching a game is easy. Fan favorites include Arsenal, Chelsea, and Tottenham Hotspur. Games are lively affairs, with singing and cheering accompanying the non-stop action. 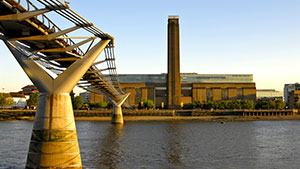 The Tate Modern’s founders knew that the museum would be popular, but didn’t guess that it would become the world’s most-visited modern art gallery. The museum is a renovated power station, so it has a post-industrial vibe. The Tanks, three underground oil tanks, is an unusual exhibition space. But a collection of works by Monet, Matisse, and Picasso is the draw. 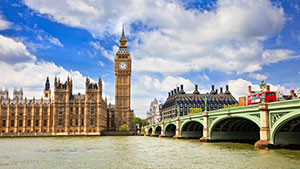 The Seat of Government

The Houses of Parliament is recognizable around the world for its famous façade. It’s also the home of Big Ben – a 316-foot tall tower whose four bells chime on the quarter hour. Climb the 334 stone spiral steps to its top. Take a tour of the Houses of Parliament on Saturdays during the summer. If you’re lucky, you may even catch the House of Commons or Lords debating.

Eye in the Sky

Ready to ride a Ferris wheel unlike any other? Climb aboard the London Eye. One rotation of the wheel takes 30 minutes, so you’ll have time to enjoy the view. Sir Richard Rogers wrote of it: “The London Eye has done for London what the Eiffel Tower did for Paris, which is to give it a symbol and to let people climb above the city and look back down on it.” 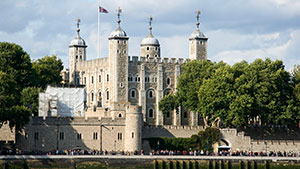 The crown jewels of England are kept in the Tower of London, an 11th-century fortress on the banks of the River Thames. Here you can admire the Imperial State Crown, the coronation swords, and other priceless regalia. The Tower is also rich in history: it was a palace, prison, armory, and treasury. You may even spot one of the ghosts rumored to haunt the grounds.