Sowerby’s British Mineralogy: Its Influence on Martha Proby and Others in the Scientific Community during the 19th Century. 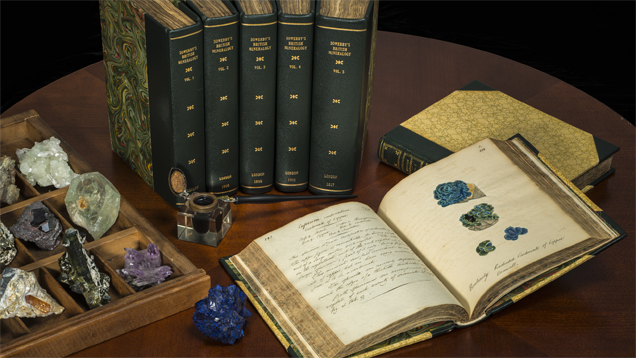 Two of the most treasured items in GIA’s rare book collection in Carlsbad, California are the five-volume set of British Mineralogy by James Sowerby and the two-volume set by Martha Proby. Acquired in 1988 from noted mineralogist and author John Sinkankas and his wife, Marjorie, their collection of books forms the core of the Cartier Rare Book Repository and Archives. Housed within the Richard T. Liddicoat Gemological Library and Information Center, it comprises the largest, most complete library of its kind. The GIA librarians have begun a digitization project with state-of-the-art scanning equipment and plan to make these and other volumes digitally accessible in late 2015. 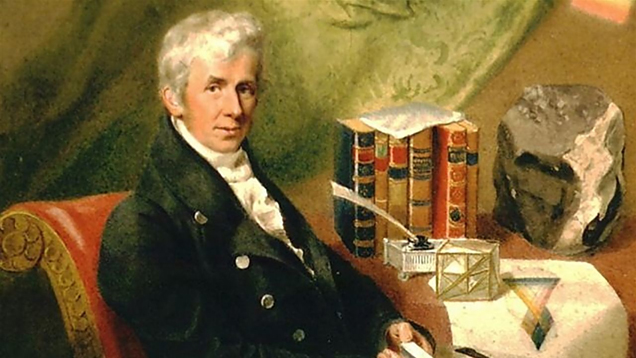 Portrait of James Sowerby with volumes of British Mineralogy and the Wold Cottage Meteorite, by Thomas Heaphy, 1816. Source R. Cleevely

James Sowerby was born on 21 March 1757 in London and formally trained as an artist at the Royal Academy. Sowerby’s family included naturalists, collectors, and publishers who were responsible for writing and beautifully illustrating more than 100 works on natural history between 1789 and 1897. They had a tremendous impact on how scientific knowledge was disseminated in 19th century Great Britain, especially in the areas of botany, paleontology, and mineralogy. 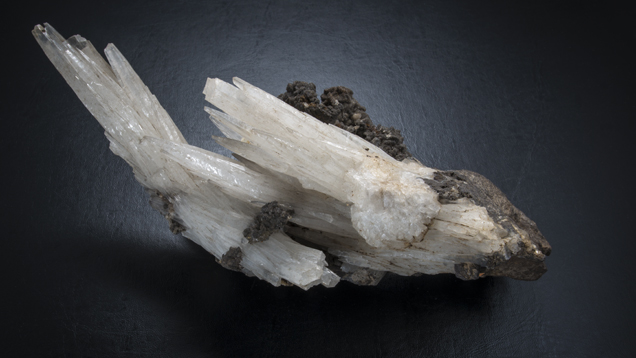 Aragonite specimen once owned by James Sowerby. It was later sold to the British Museum. Courtesy of Natural History Museum, London. Photo by Robert Weldon/GIA

Sowerby documented the minerals of Great Britain by meticulously drawing specimens. With his sons James De Carle and George Brettingham, he carefully created copper plates used to print images that were hand-painted with watercolors.

Between 1802 and 1817, James Sowerby published his illustrations as periodicals sold by subscription under the name British Mineralogy: or Coloured Figures Intended to Elucidate the Mineralogy of Great Britain. Each of the 550 plates is accompanied by a description of the characteristics and properties of the mineral depicted.

At the conclusion of the series, the publisher offered the complete works compiled, typically as a five-volume set. It is estimated that fewer than 100 complete sets exist today. According to Conklin (1995), “it is still considered the supreme work of British topographical mineralogy. It is certainly the most ambitious colorplate work on minerals ever published.” 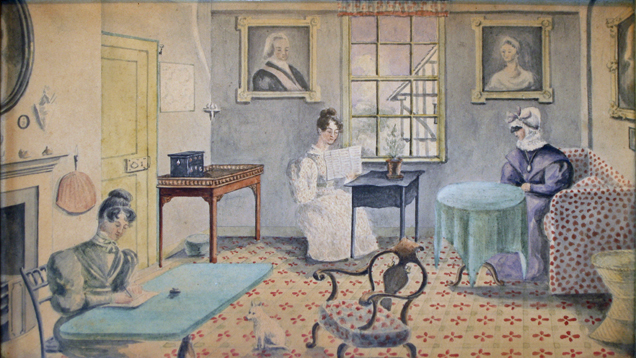 Martha Proby in the sitting room of the Proby family home with her mother (right) and sister, 1832. Photo courtesy Arthur Crawfurd on behalf of the Crawfurd family

Martha Proby was born to the Reverend Narcissus Charles Proby and his wife, Arabella Weller Proby, on 24 November 1783 in Suffolk, England. Like other women of her day, Martha grew up with a tradition of commonplacing, the act of filling a notebook or blank pages with content gleaned from other sources. This activity allowed the creator to intently study a body of work and actively engage with it by copying passages, creating illustrations, and adding observations. 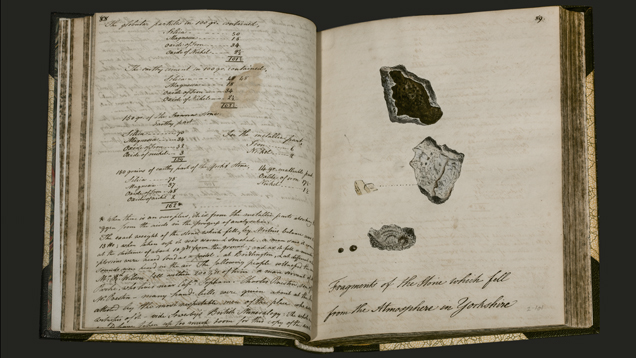 Martha was surrounded by family members who were interested in natural history. Her nephew, the son of her older sister Catherine Proby Cautley, was Sir Proby Thomas Cautley (1802–1871), the British paleontologist and engineer for the Ganges Canal (1843). Sir Proby was likely an acquaintance of Charles Darwin (1809–1882) and is mentioned in his groundbreaking work On the Origin of Species.

Martha’s sister Sarah Proby Impey was a member of the Royal Zoological Society along with James De Carle Sowerby (1787–1871), son of James Sowerby, as well as Charles Darwin. Another sister Mary Proby was friends with the writer and poet Elizabeth Cobbold (1767–1824), who supplied fossil samples to George B. Sowerby (1788– 1854) for the work Mineral Conchology of Great Britain. Both Mary and Martha created commonplace books based on Sowerby works. Mary’s six-volume set based on Mineral Conchology is currently housed at the University of California at Berkley’s Bancroft Library. 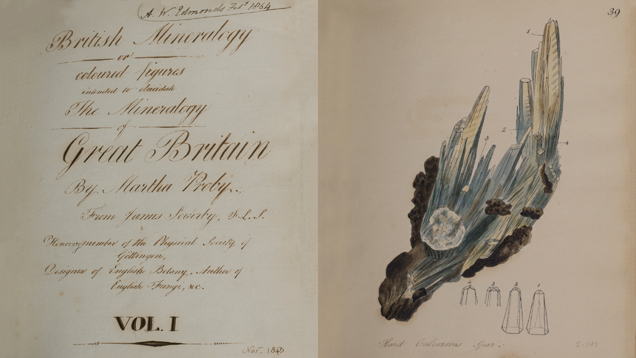 Martha’s commonplace book is based on portions of James Sowerby’s British Mineralogy. She chose random text and plates from Sowerby’s work and copied his descriptions verbatim. Aside from illustration titles, and one page where she updated the text information, there is little variation in the main body of her work. It does not include all the content of Sowerby’s original and the minerals are not featured in the same order.

After purchasing Martha Proby’s two-volume manuscript in 1973, collector John Sinkankas bound them in their current state. He also bound his five-volume set of Sowerby’s British Mineralogy in a similar manner.

John Sinkankas at his bindery workbench in 1988. Photo by Robert Weldon/GIA

A childhood love of
gems and minerals led to the transformation of GIA's library and to a lasting reputation
of excellence.