The Carlsbad laboratory recently examined a very light green 9.71 ct specimen (figure 1), measuring 11.79 × 9.69 × 11.61 mm, that was submitted as a rough diamond. The sample resembled a diamond octahedron, with surface growth features and a bright vitreous to subadamantine luster. Closer examination of its habit and surface features, along with gemological and advanced testing results, revealed it to be a synthetic moissanite.

The specimen was not a true octahedron, as is typical of a diamond crystal, but a rectangular bipyramid with 10 faces (eight triangular and two hexagonal side pinacoids on the girdle). The surface was dimpled, and two of the faces had deep striations resembling growth features in a rough diamond. Irregularly shaped and sub-hexagonal etch pits (figure 2), along with some dark brown residue, were also found on the surface. Due to the uneven surface, observation of internal features was limited to some small scattered pinpoint inclusions and a few etch tubes (figure 3). The surface also made it difficult to see any doubling effect or a doubly refractive reaction in the polariscope. Viewed in plane-polarized light, however, a large twinning plane crossed the crystal diagonally, bluish green on one side and colorless on the other. This dichroism served as proof of the stone’s doubly refractive nature, as opposed to singly refractive diamond. Standard gemological properties of the stone offered further evidence of its true identity, including an over-the-limit refractive index reading, a hydrostatic specific gravity (SG) of 3.23, very weak yellow fluorescence in both long-wave and short-wave UV, and a uniaxial optic figure. These properties and advanced testing results, including Fourier-transform infrared (FTIR) and Raman spectrometry, identified the specimen as synthetic moissanite. It is important to note that although natural moissanite exists, it is extremely rare and gem-quality material has never been found. Natural moissanite commonly occurs in fragmented pieces and in much smaller sizes (the largest known specimen measured 4.1 mm), often with a creamy white or red matrix (Summer 2014 GNI, pp. 160–161). That was not the case for this 9.71 ct synthetic moissanite. 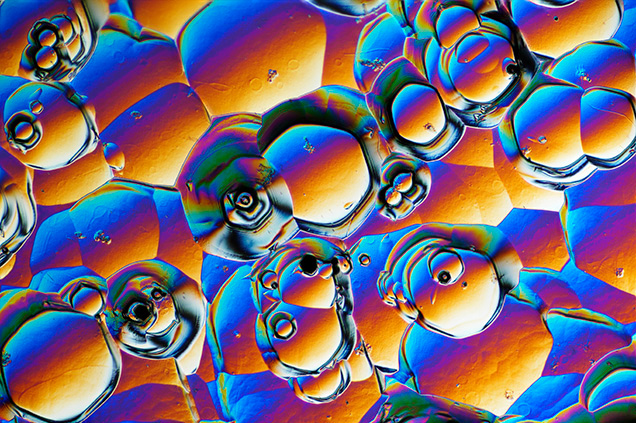 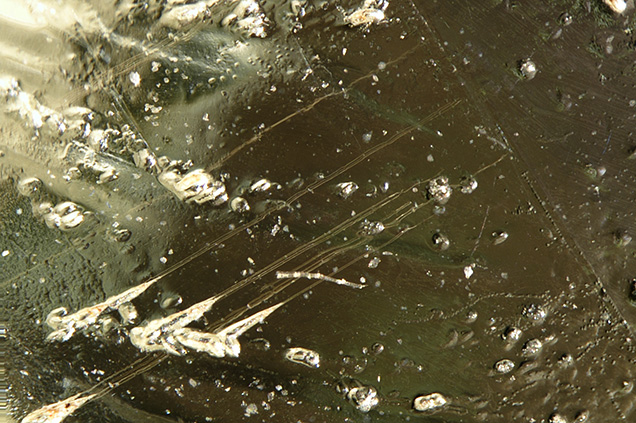 Gemological and advanced testing are indispensable tools for revealing the true identity of gems, especially simulants and imitations with an appearance that can easily deceive the general public. While there is no evidence that this specimen was deliberately deceptive, gemological knowledge is important in preventing accidental and intentional acts of fraud and preserving the integrity of the trade.

Natural moissanite crystals found in Israel has broken world records, with evidence of larger crystals in the area.