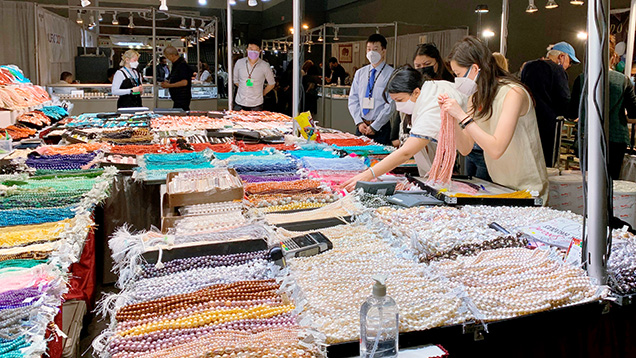 Sellers and buyers alike were delighted to be back at Tucson for the show season after a two-year absence. As the world enters a new phase of the pandemic, the gem and jewelry industry is also preparing for the post-pandemic era. Attendees embraced precautions such as social distancing and face coverings (figure 1). Although social gatherings were much less crowded than usual, the atmosphere and business at the shows were as strong as before, if not better.

Due to travel restrictions, the international presence was down, but that did not affect vendor attendance at the main AGTA GemFair at the Tucson Convention Center, where the majority of exhibitors had strong U.S. representation. The Gem & Jewelry Exchange (GJX) show was slightly affected, with some booths left empty by foreign dealers who could not make it to Tucson this year. Vendor attendance in the satellite shows outside of the convention center area remained strong, as observed by the authors at the Pueblo Gem & Mineral Show, the Kino Gem & Mineral Show (figure 2), and the 22nd Street Mineral, Fossil, Gem & Jewelry Show. 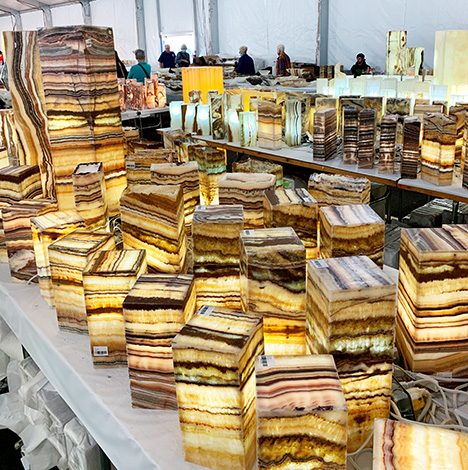 Many exhibitors felt that while foot traffic was lighter than usual, buyers were focused on purchasing targeted goods to restock inventory. Meanwhile, the pandemic’s influence on the supply side of the value chain was just starting to show. Therefore, this Tucson show season provided a very good opportunity to prepare for a potential shortage in the coming months (figure 3).

Figure 3. Left: The Pueblo Gem & Mineral Show was an ideal place to source rough gems of all kinds. Right: Cutting services were provided at multiple shows open to the public. Photos by Tao Hsu.

The variety of gems and jewelry traded at the shows remained consistent with previous years. The “big three”—ruby, sapphire, and emerald—still dominate the market (figure 4), with the intake at the GIA Show Service Lab reflecting this. Collector minerals and gems such as meteorite, gahnospinel, fluorite of various colors, opalized fossils, cerussite, and colemanite continued to attract a niche market clientele (figure 5). Also in high demand were fantasy cuts, rose cuts, briolettes, and mineral or rock slices. Jewelry designers on a mission to fulfill special orders sourced gems such as Montana sapphire, Oregon sunstone, Arizona turquoise, Washington nephrite jade, and other American gems. 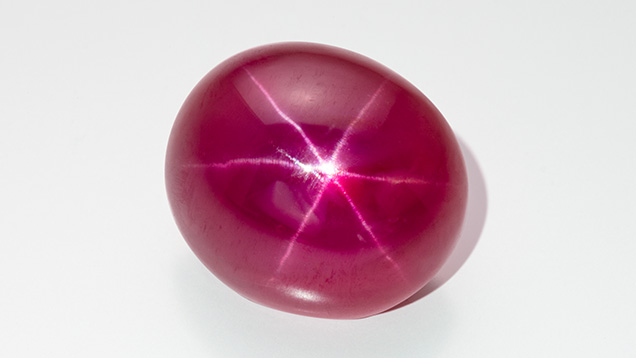 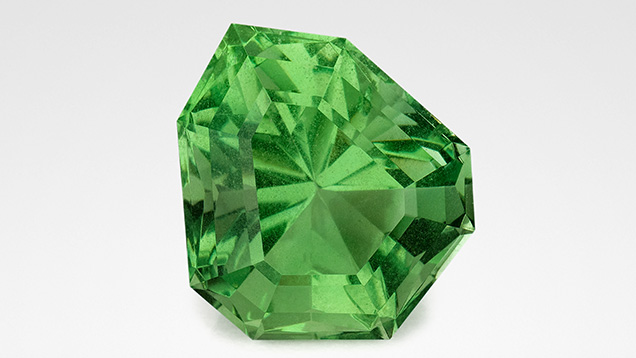 Figure 5. A 45 ct green fluorite from New Mexico. Dealers carried fluorite of all colors and cutting styles at both the AGTA and GJX shows. Photo by Emily Lane; courtesy of Barker & Co.

Vendors have never been more creative in terms of their products and business savvy. To fulfill the ever-growing demand for one-of-a-kind creations, gem cutters, carvers, and jewelry manufacturers have put more thought and individuality into their pieces (figure 6). Products manufactured with a high level of sophistication such as inlaid jewelry or gems were prominent at the show (figure 7). Many vendors have shifted more business online over the past two years to combat limited foot traffic in stores. Newly formed companies, meanwhile, have often started completely online or done most of their business online. 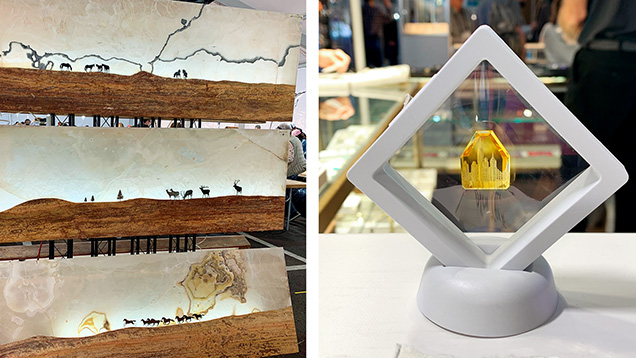 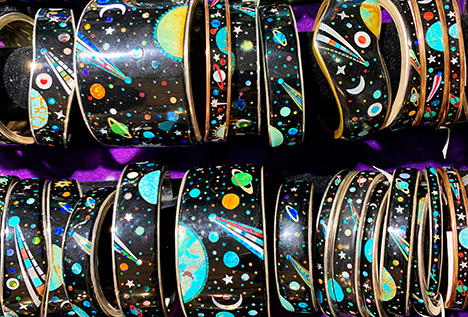 GIA relished in the much-anticipated return to Tucson this year, enthusiastically gathering the latest from the shows to share in this report. Our coverage includes market updates, interesting and noteworthy finds, and uplifting accounts from dealers, cutters, designers, and more. 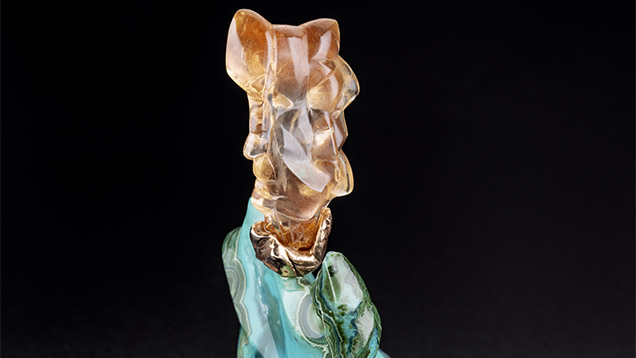 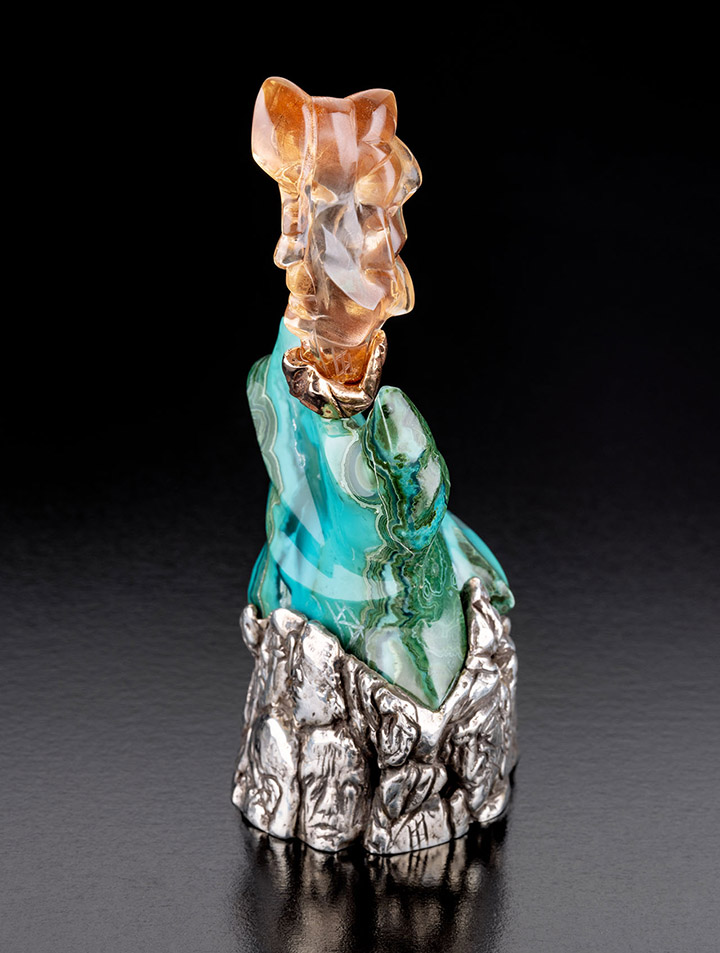 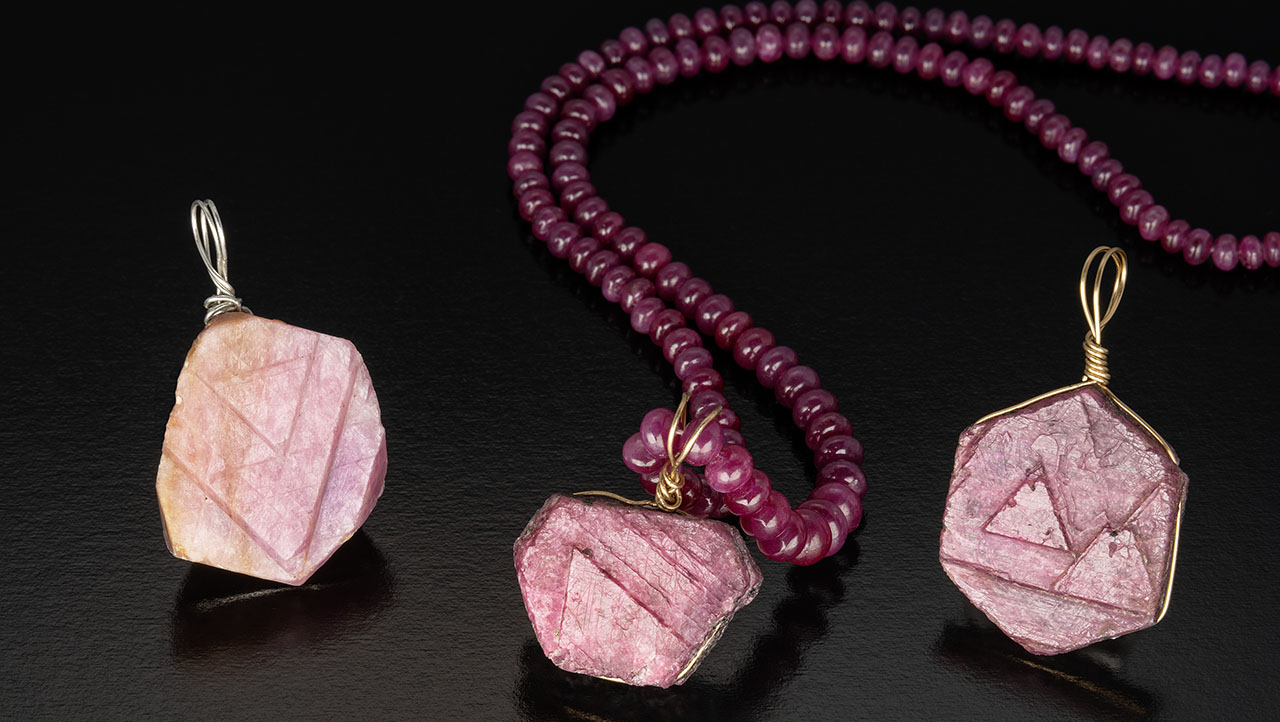 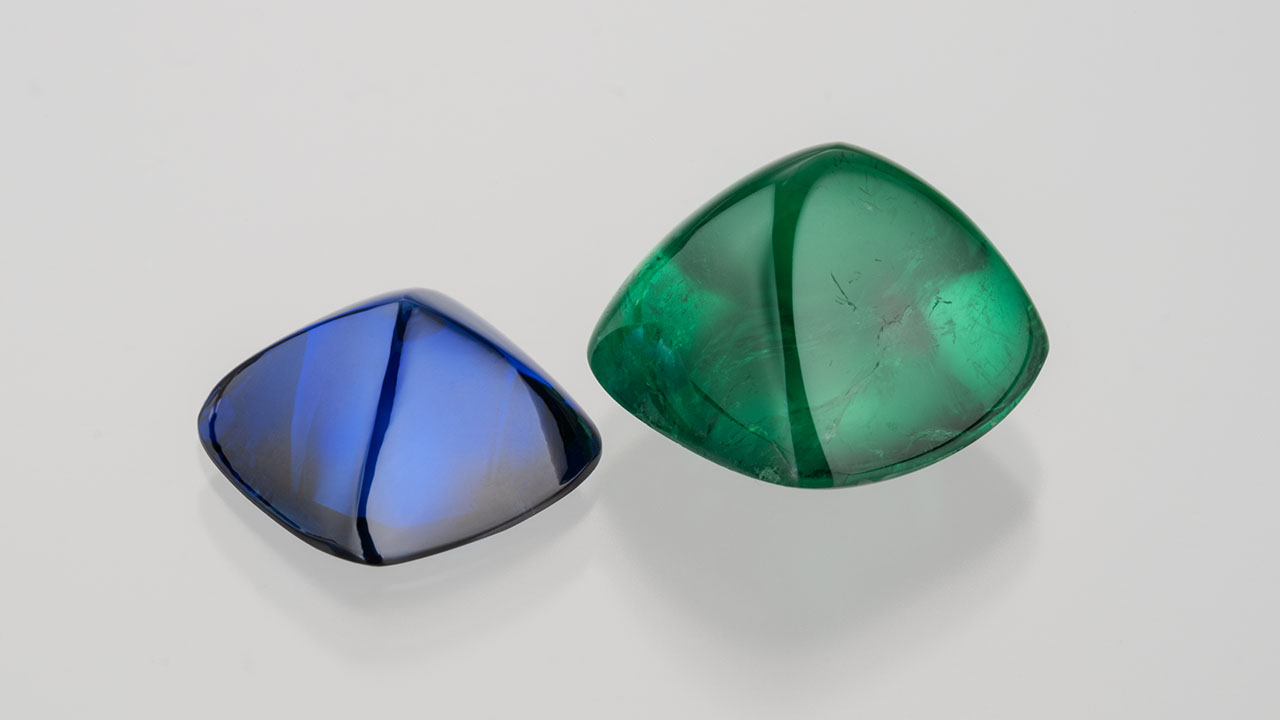 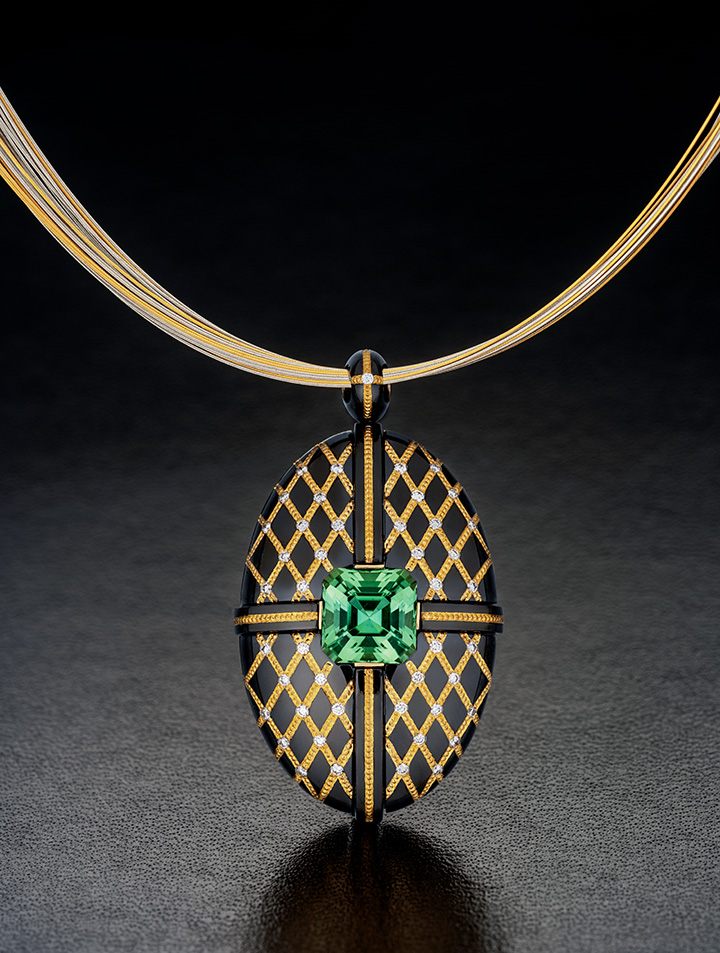 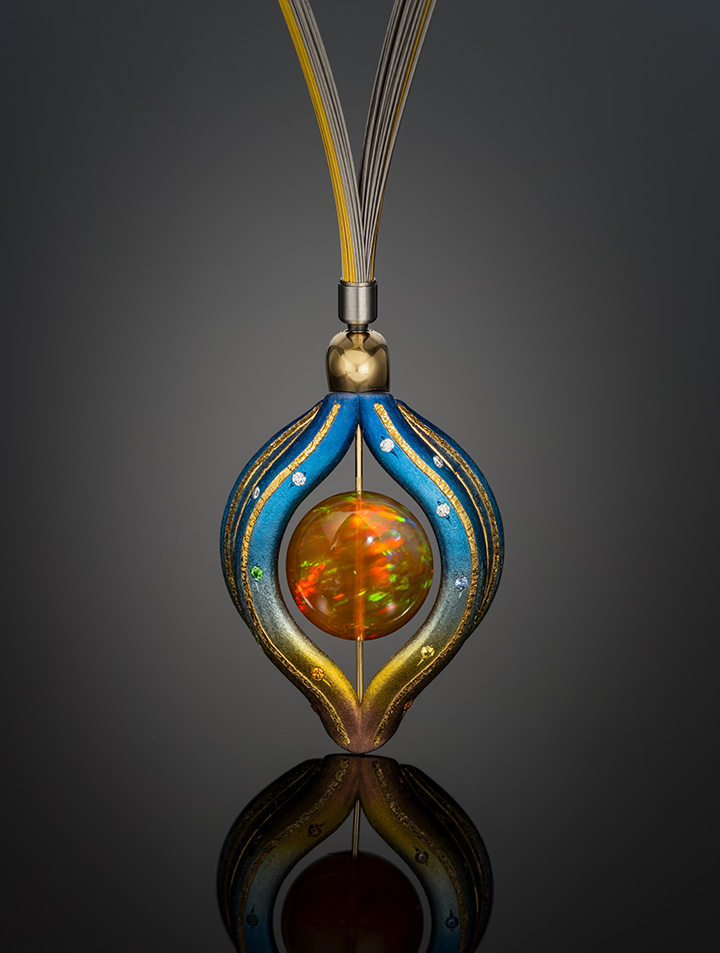 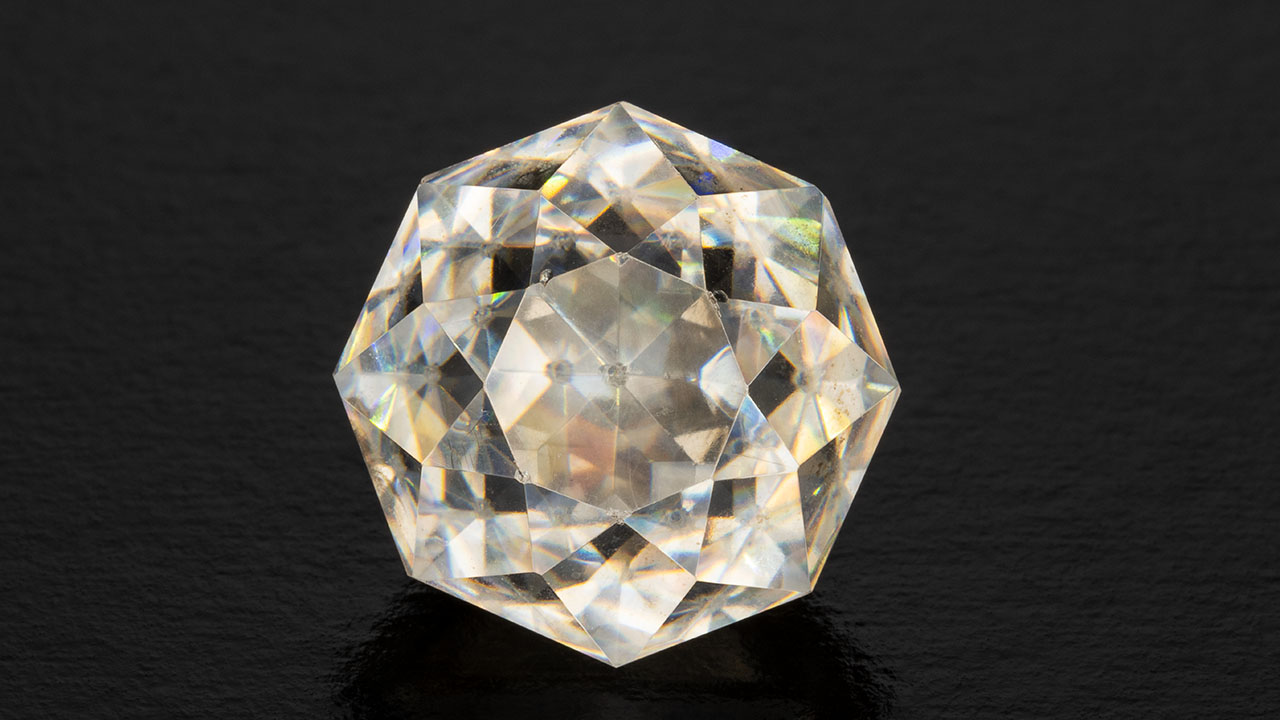 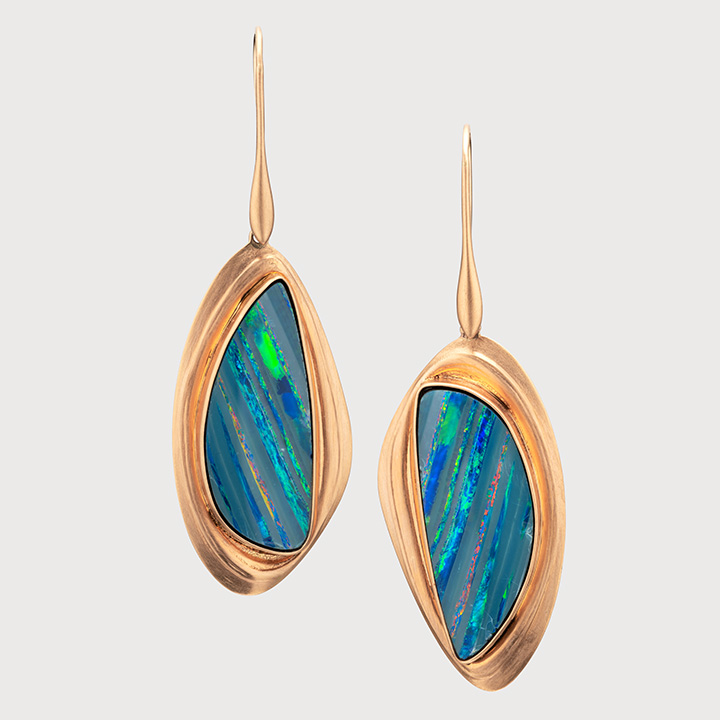 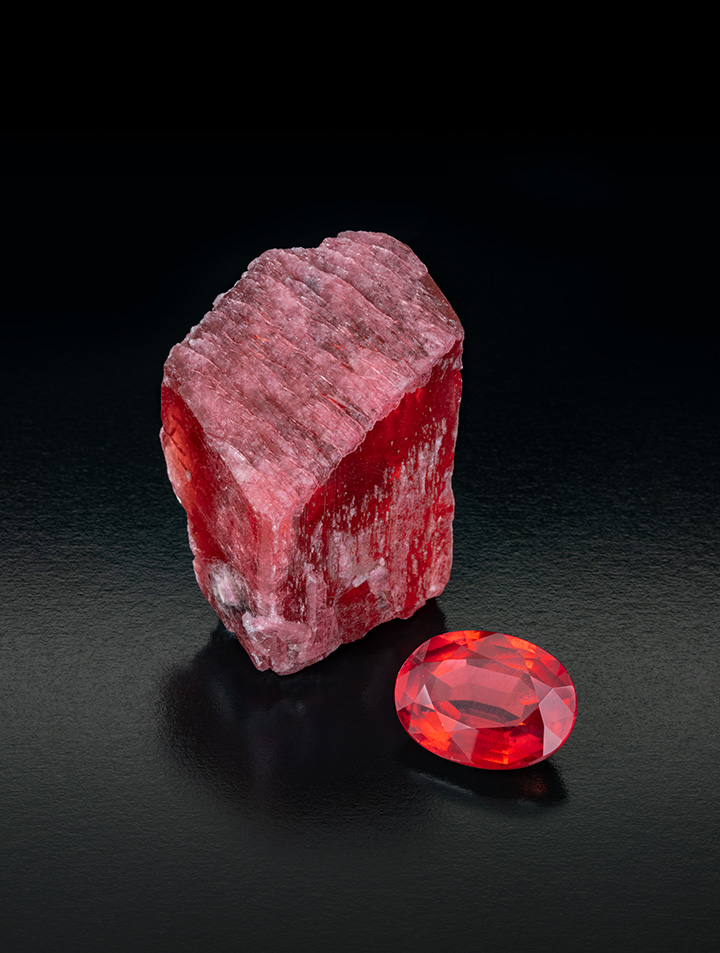 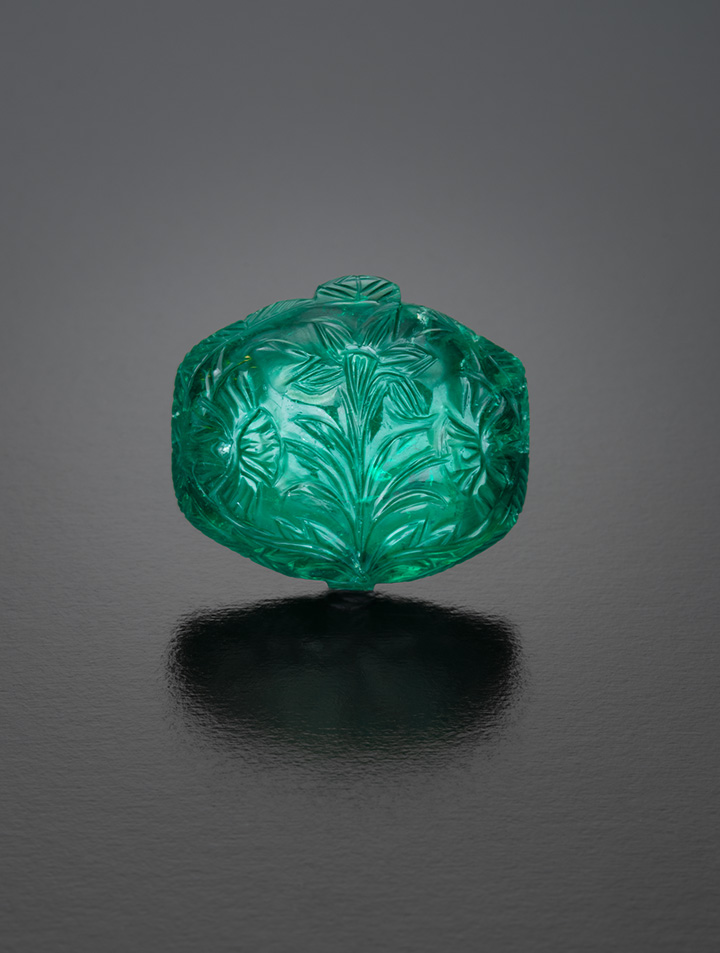 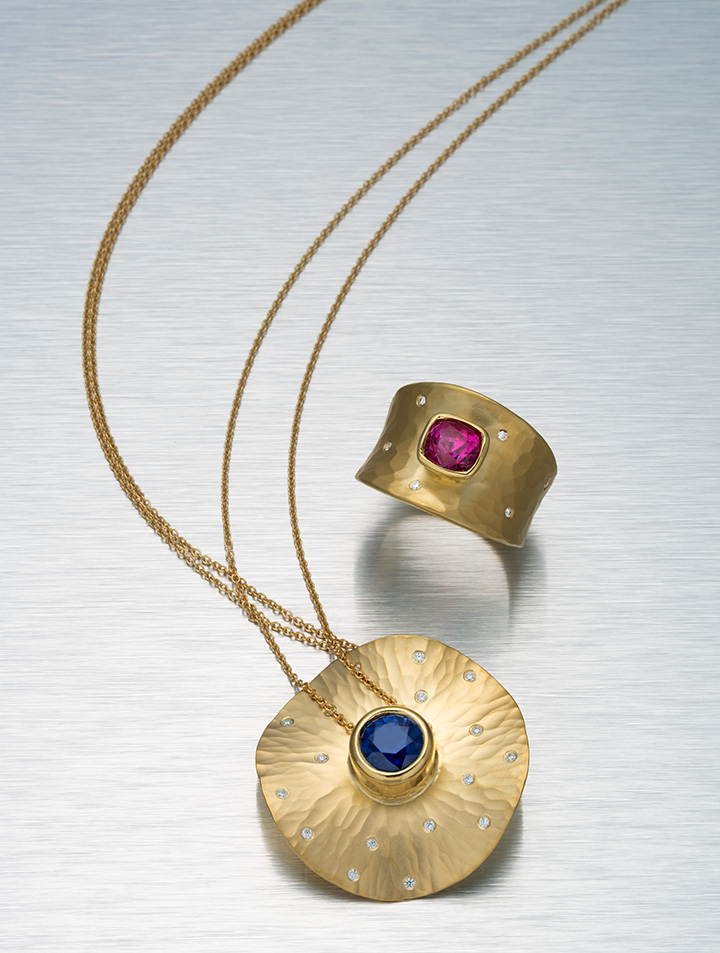 Photo Highlights from the 2022 Tucson Shows
About the Authors

Tao Hsu is technical editor of Gems & Gemology at GIA in Carlsbad, California, and Lisa Kennedy is a subject specialist at GIA in New York.

Virtual Report on the Industry in 2021

An overview of how the gem and jewelry trade, from miners to manufacturers, and from designers to dealers, dealt with the many challenges posed by the pandemic.