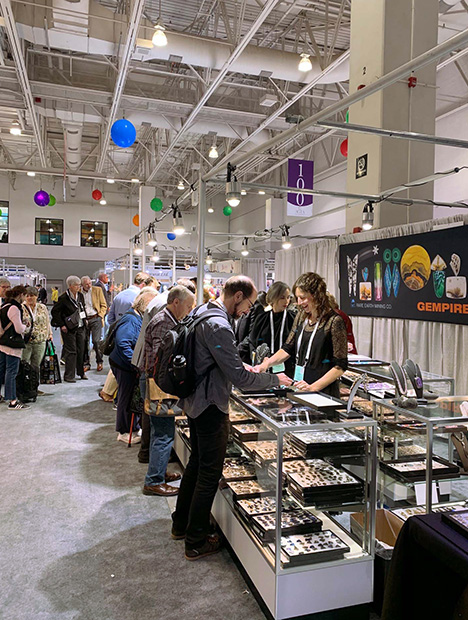 Figure 1. A busy booth on the first day of the AGTA show. Photo by Tao Hsu.

In early February, despite the early phase of the COVID-19 outbreak, the Tucson shows were well attended and sales were brisk. Several vendors indicated that they had their biggest single day of sales ever this year (figure 1). This anecdotal evidence was supported by the strong demand for identification and origin services reported by the GIA Show Service Lab. This year, it was hard to identify any one particular item leading demand or any game-changing new gem material finds. Instead, we found that vendors were carrying high-quality material in terms of color, clarity, and cut. In fact, many were carrying items that had been meticulously carved, fantasy-cut, or recut for ideal proportions (figure 2). 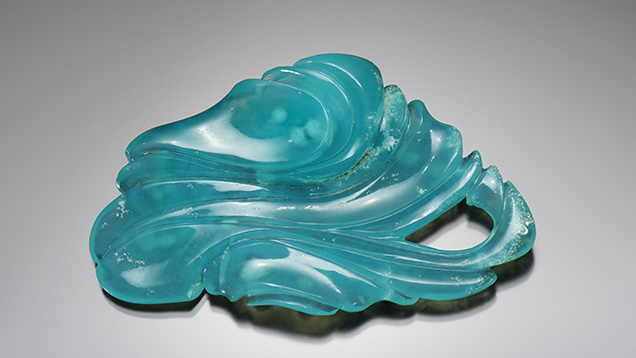 Figure 2. A 72 ct gem silica carving by Nick Alexander showing a highly desirable intense shade of blue. The material is from the Ray mine in Arizona. Photo by Kevin Schumacher; courtesy of Nick Alexander. 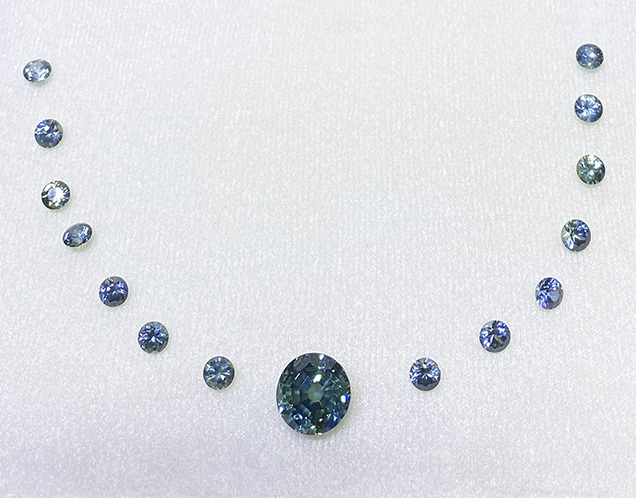 Figure 3. A suite of the popular teal blue Montana sapphires from Rock Creek. The center stone is 11.03 ct, and the other 14 stones total 8.38 carats. Photo by Jennifer Stone-Sundberg; courtesy of Pala International.

Surpassing its strong momentum from the past few years, teal blue sapphire from Montana was a prominent and well sought-after item (figure 3). Sapphire was doing very well at the shows, including parti-colored, fancy-colored (electric colors such as fuchsia and pinks as well as pastels such as lavender), and slabs displaying zoning or trapiche-like patterning (figure 4). 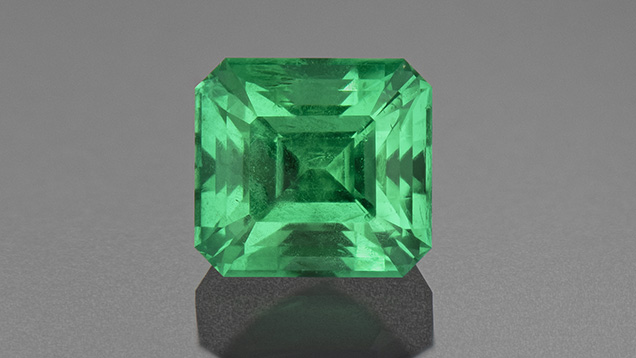 Figure 5. A 0.33 ct emerald from Malysheva, Russia, offered by Dudley Blauwet at the AGTA show. Photo by Kevin Schumacher.

Emerald from around the world could be found, including some untreated smaller sizes from Russia (figure 5), melee and small-sized finished stones from Pakistan, attractive material from Ethiopia, and an abundance of material in a wide variety of color, clarity, and size from Colombia, Brazil, and Zambia. 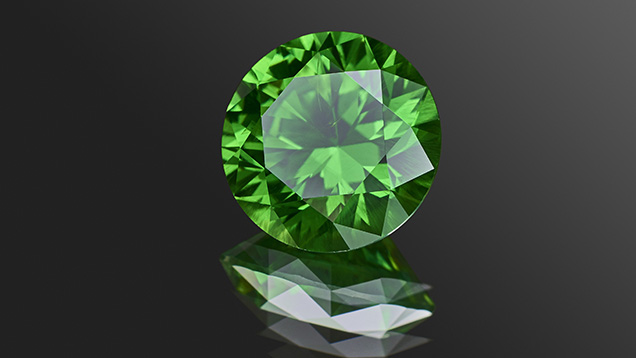 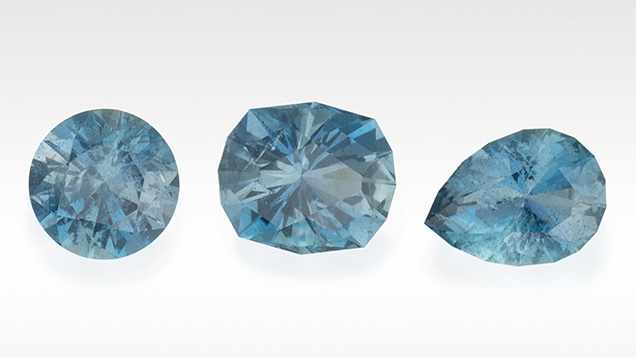 As “Classic Blue” is the Pantone color of the year and varieties of blue gemstones are very popular in general, gems prominently displaying a blue hue could be found throughout the shows. Along with sapphire, deep blue aquamarine from Nigeria (figure 7) was particularly popular, and many vendors displayed blue zircon, gem silica (again, see figure 2), apatite, cobalt spinel, blue topaz, haüyne, turquoise, blue moonstone, and lapis in their cases.

Electric-colored accent stones and melee in materials such as sapphire, spinel, apatite, and garnet varieties tsavorite and demantoid were easy to find both loose and in finished pieces (figure 8).

As has been the case for the past couple of years, gem slices in a variety of materials, shapes, and price points were very popular in both the AGTA and GJX shows. These are attractive to many designers, whether they are working with higher-price-point material such as parti-colored sapphire (figure 9), diamond, and trapiche emerald, or more moderately priced material including amethyst, rhodochrosite, and petrified wood. 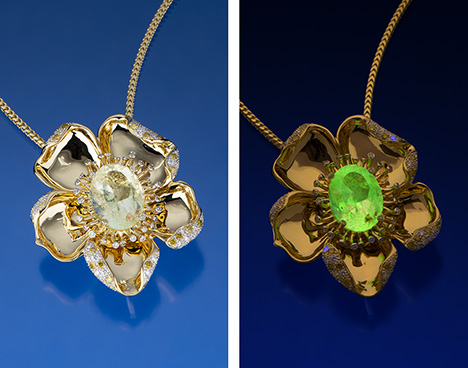 As always, Tucson was the place to find the unusual and phenomenal, with several vendors carrying exotic gem materials such as fluorescent hyalite opal (figure 10), star peridot, brilliant green fluorite (figure 11, left), hackmanite, triphylite, grandidierite, axinite, and an array of bicolor stones in materials such as garnet, chrysoberyl (figure 11, right), tanzanite, and sphene. 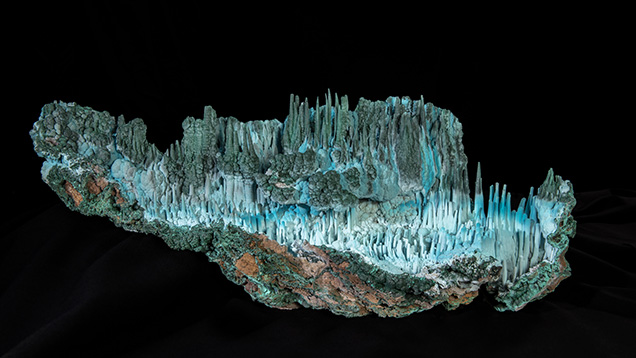 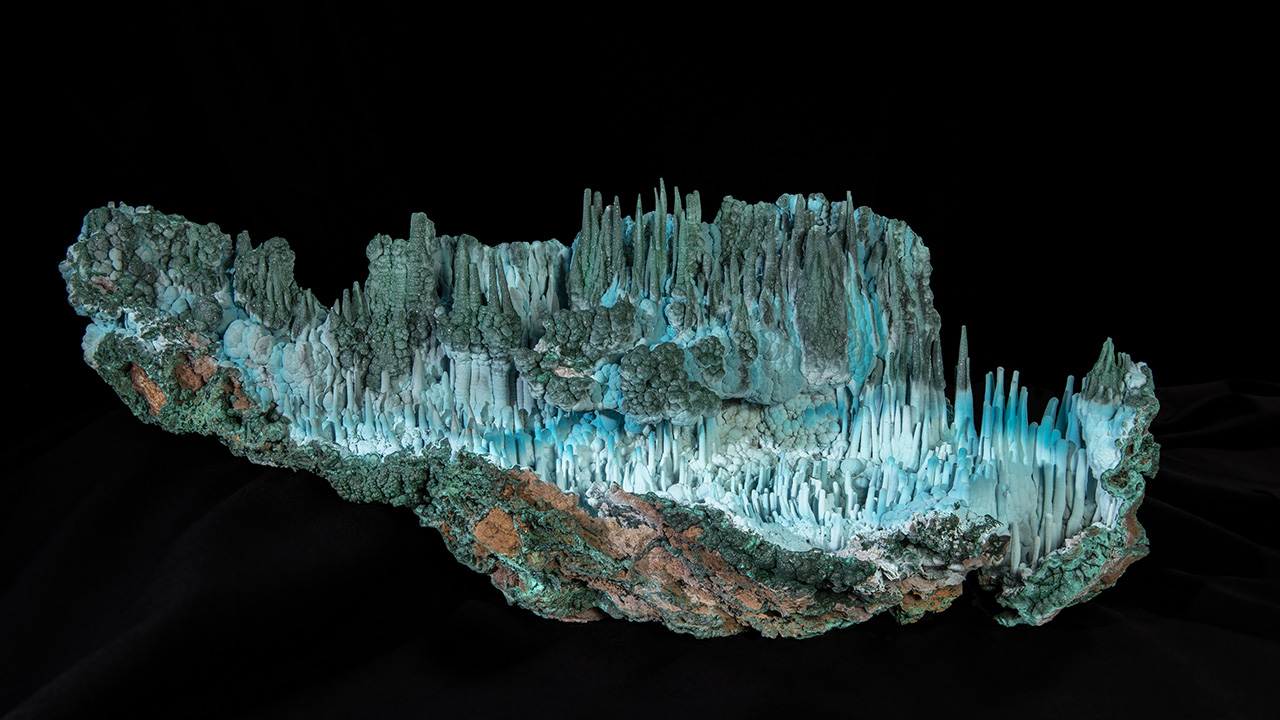 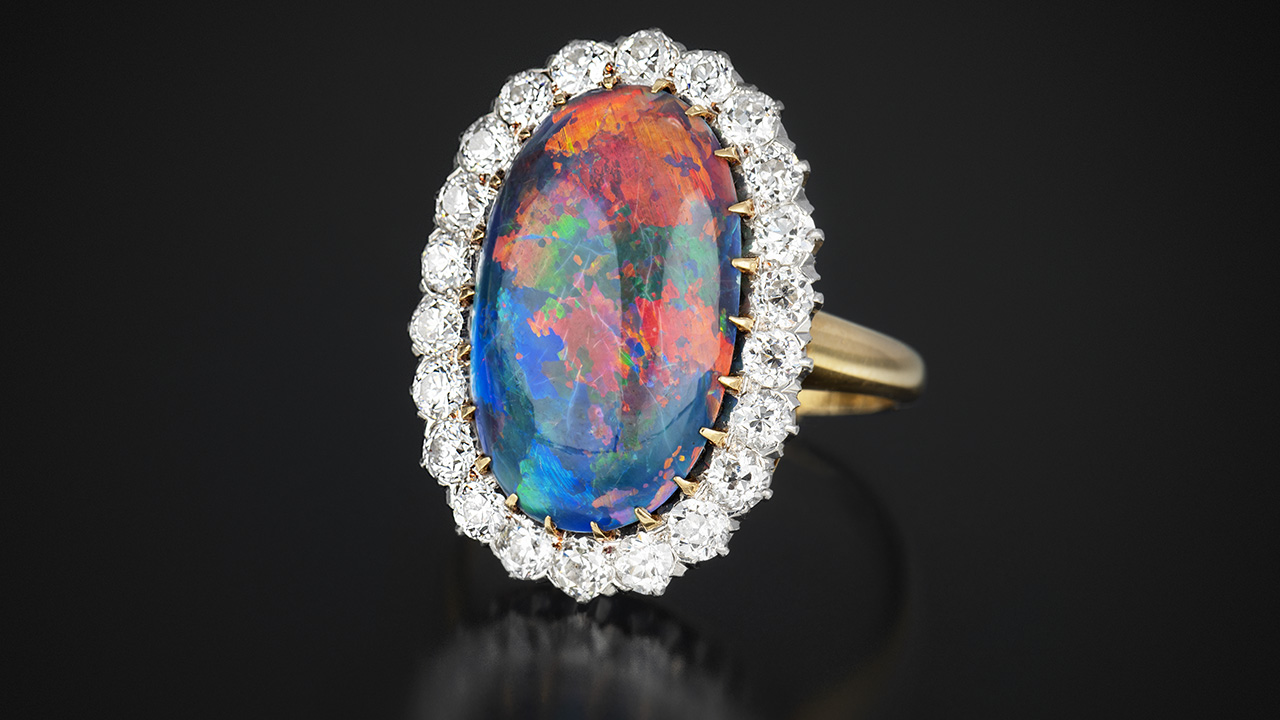 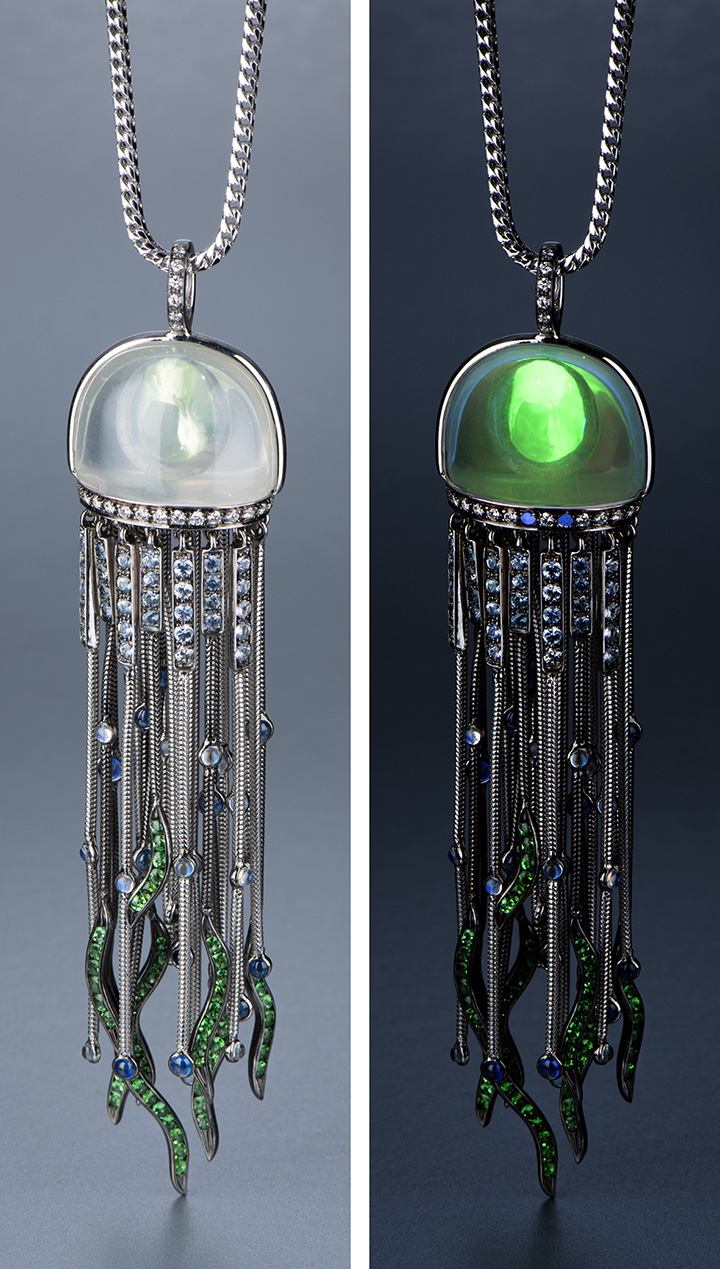 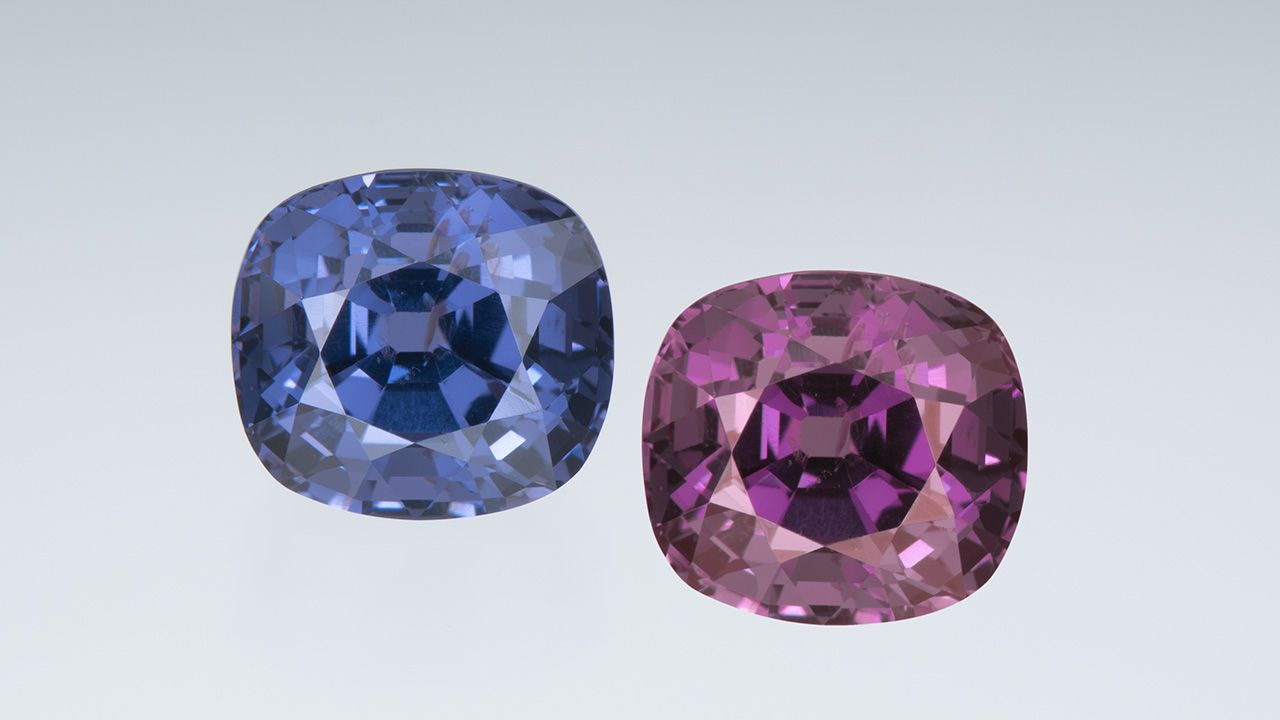 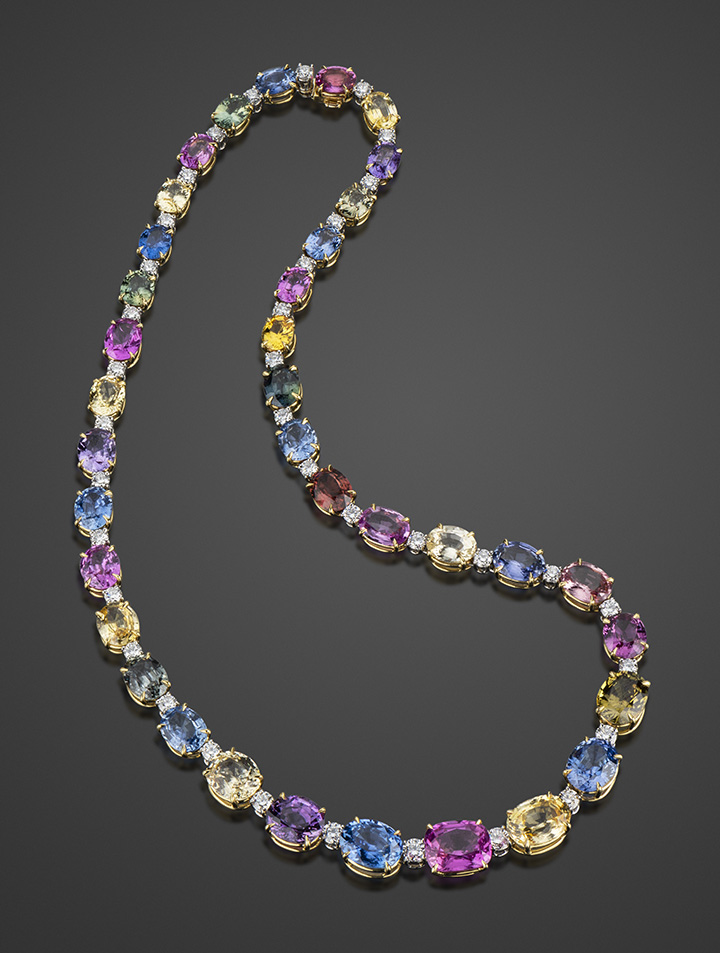 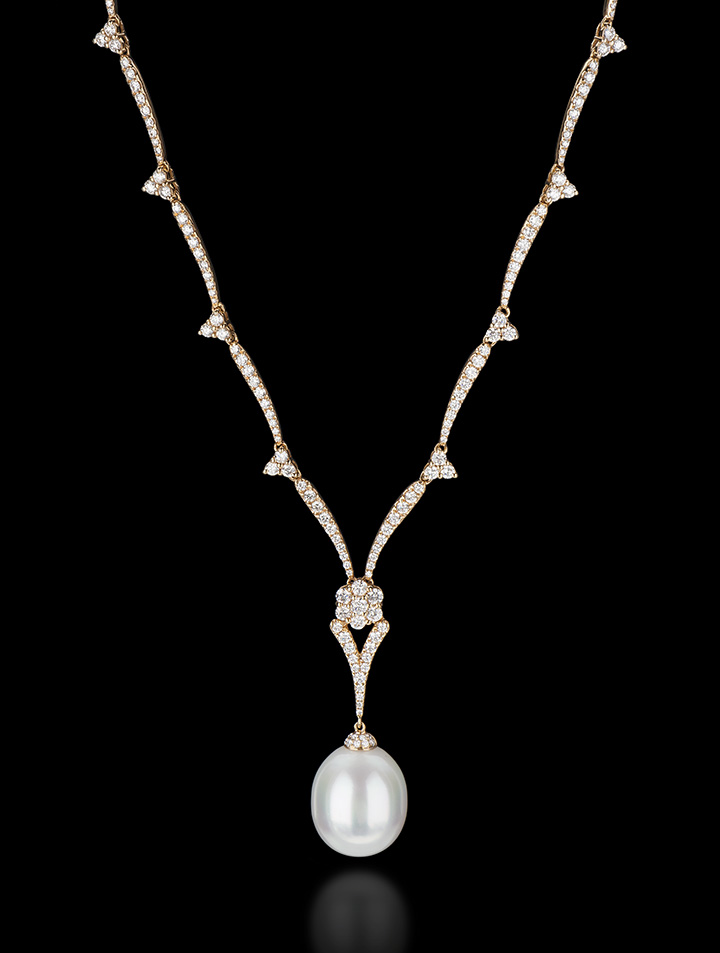 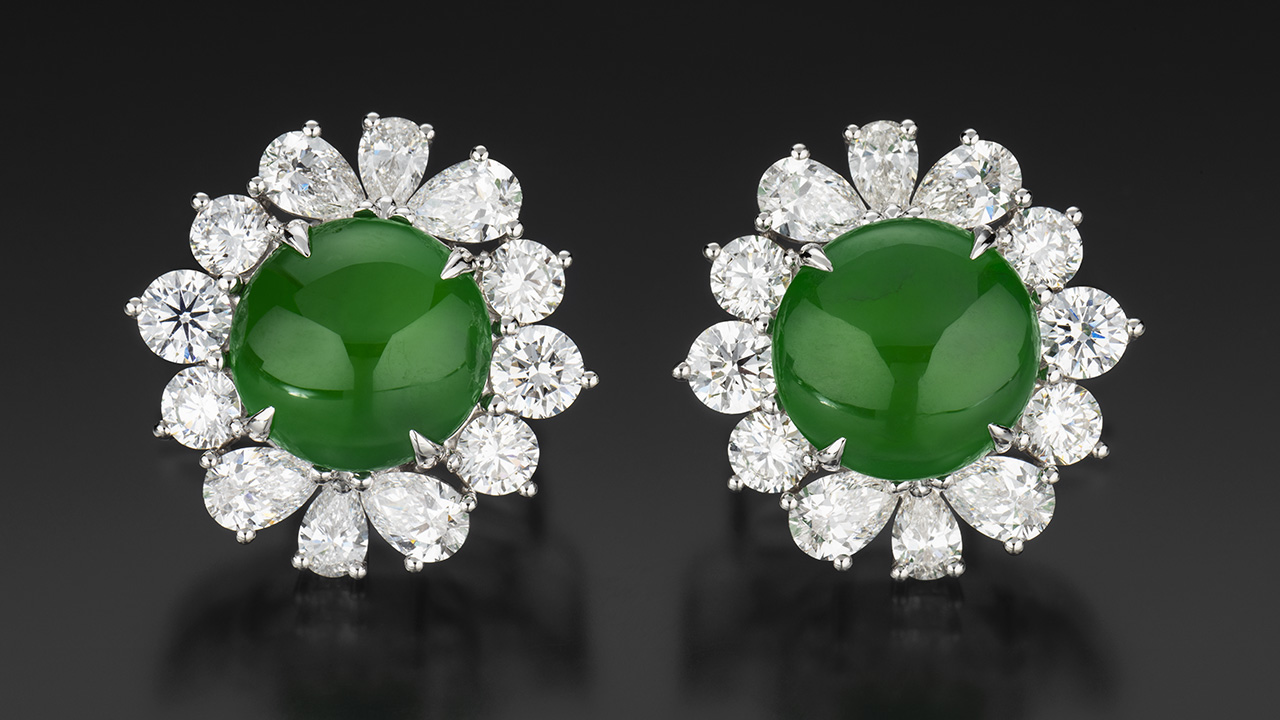 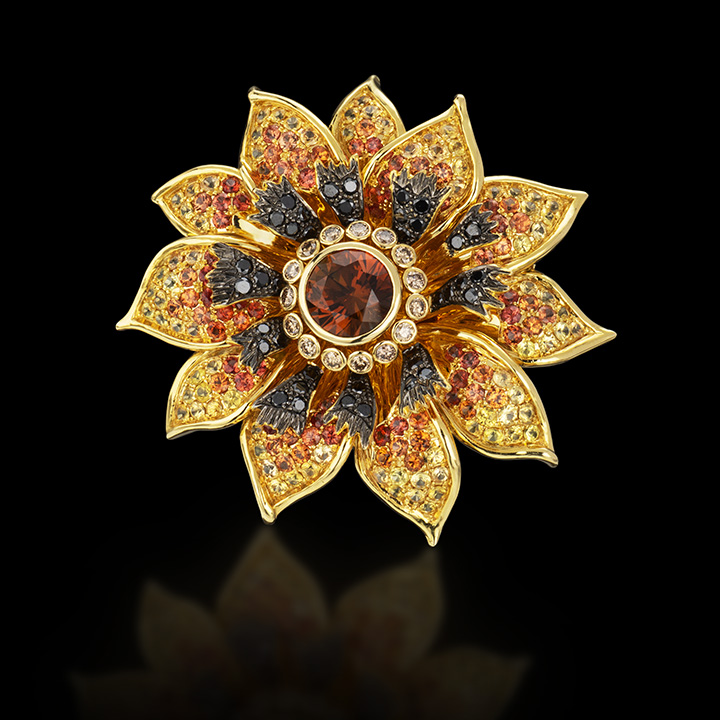 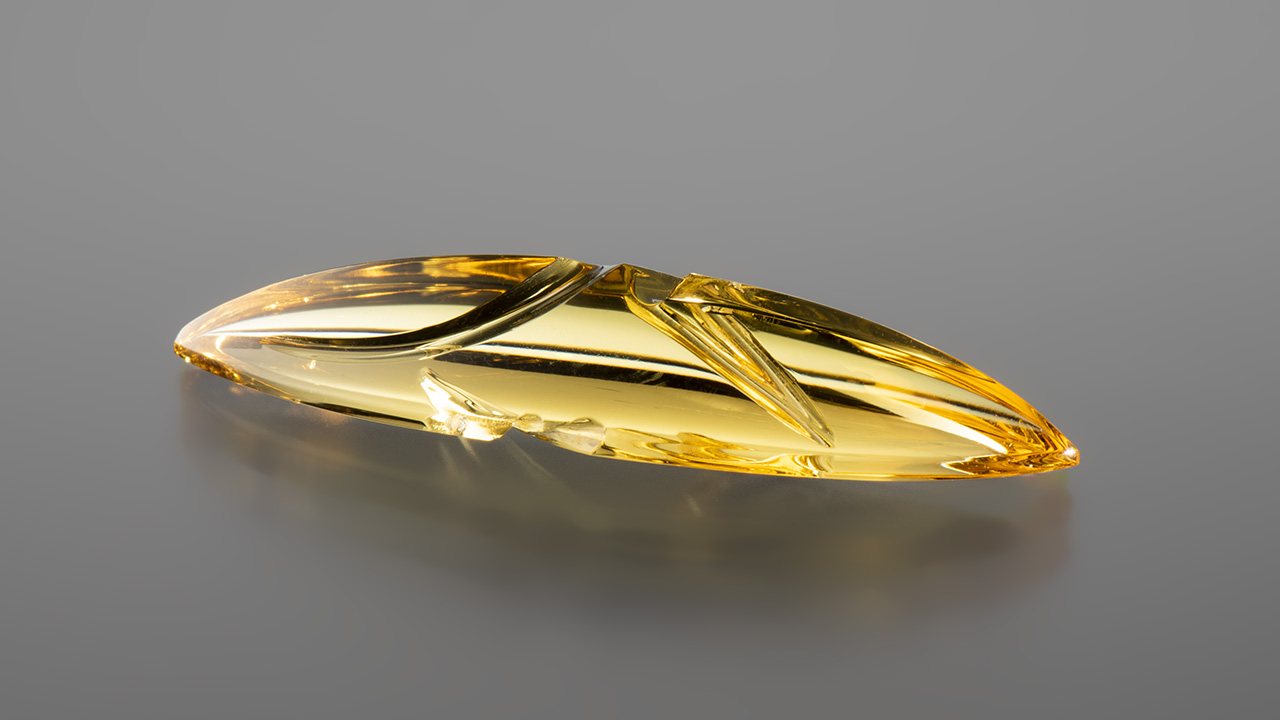 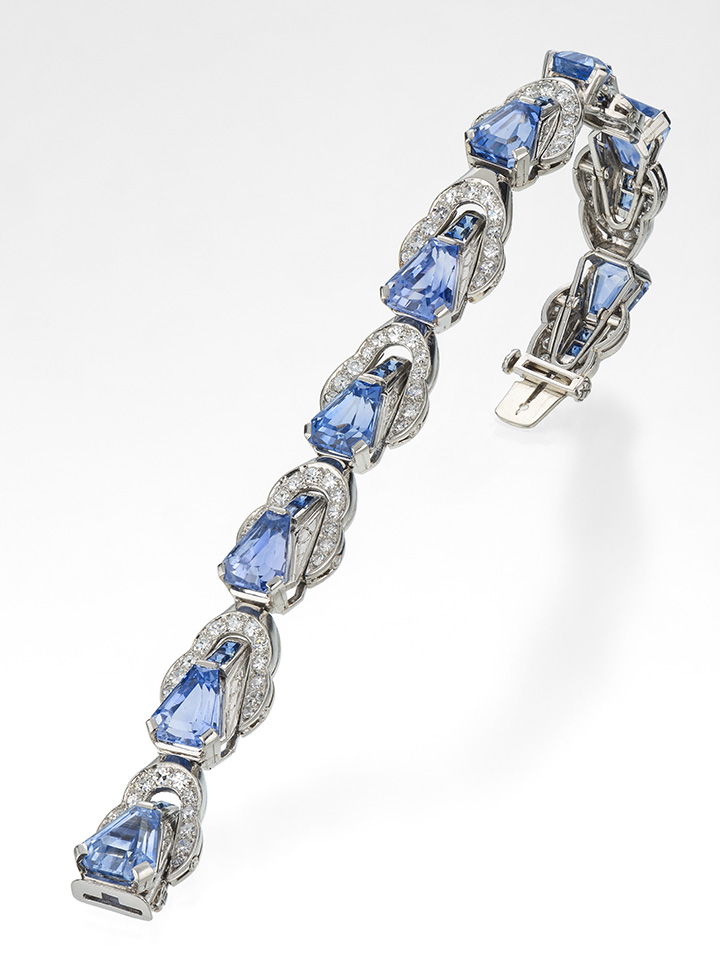 An Inside Look at the 2020 Tucson Shows

2020 also marked the first Tucson edition of the Ethical Gem Fair. The exhibitors showed a wide range of gemstones, prices, and origins. They were all united in their commitment to responsible sourcing, traceability, transparency, and social awareness. The variety of exhibitors reflected the different approaches taken to address these diverse challenges around the world. During its inaugural Tucson show, the Ethical Gem Fair mainly attracted young independent jewelry designers looking for gems with a transparent chain of custody from the mine to their use in finished jewelry.

Duncan Pay is editor-in-chief, and Jennifer Stone-Sundberg and Tao Hsu are technical editors, of Gems & Gemology. Wim Vertriest is supervisor of field gemology at GIA in Bangkok. Aaron Palke is senior manager of research, and Nathan Renfro is manager of colored stones identification, at GIA in Carlsbad, California.

The 2019 gem shows came to Tucson with a wealth of material, both new and old, as eager buyers descended on exhibitors to take in the latest trends.

An Inside Look at the 2017 Tucson Shows

An overview of the trends reported at the 2017 Tucson gem shows.