Jorge Tamayo Carrillo
Opalos & Artesanias Mexicanas
In the first two videos, Jorge Tamayo explains the operation of his family’s opal mine and the work beyond mining to cut, polish, and prepare the array of gems at his Tucson GJX show booth. In the third video, Andres Carrillo demonstrates the beauty and variety of appearances Mexican opal provides.

Tamayo said the mine was shut down several years ago. His family took a risk and reopened it, and now they have worked it for more than five years. The material they exhibited at the GJX show represented several years of production.

The operation employs about 20 people. The miners look for opal-filled cavities (figure 1) in the rhyolite host rock. Veins last anywhere from two days to a few years on occasion. Explosives are used to break the host rock, and dump trucks move the ore to the surface, where workers break it up further with small hammers to extract the opal.

Production is put aside for six months to a year to minimize the risk to customers that the opals might show crazing due to water loss. At this point, Tamayo estimates, only 5% of the material might craze. Opalos & Artesanias Mexicanas has now been in business for 27 years, and the second-generation company prides itself on full disclosure. Its clientele consists of buyers in the United States, Japan, China, and Germany. All cutting is done in house or by local artisans, as the company aims to support the local community. 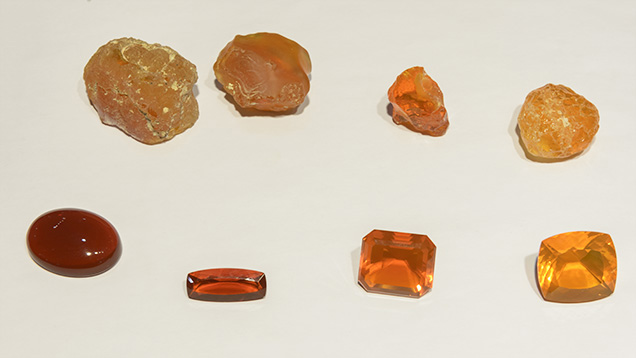 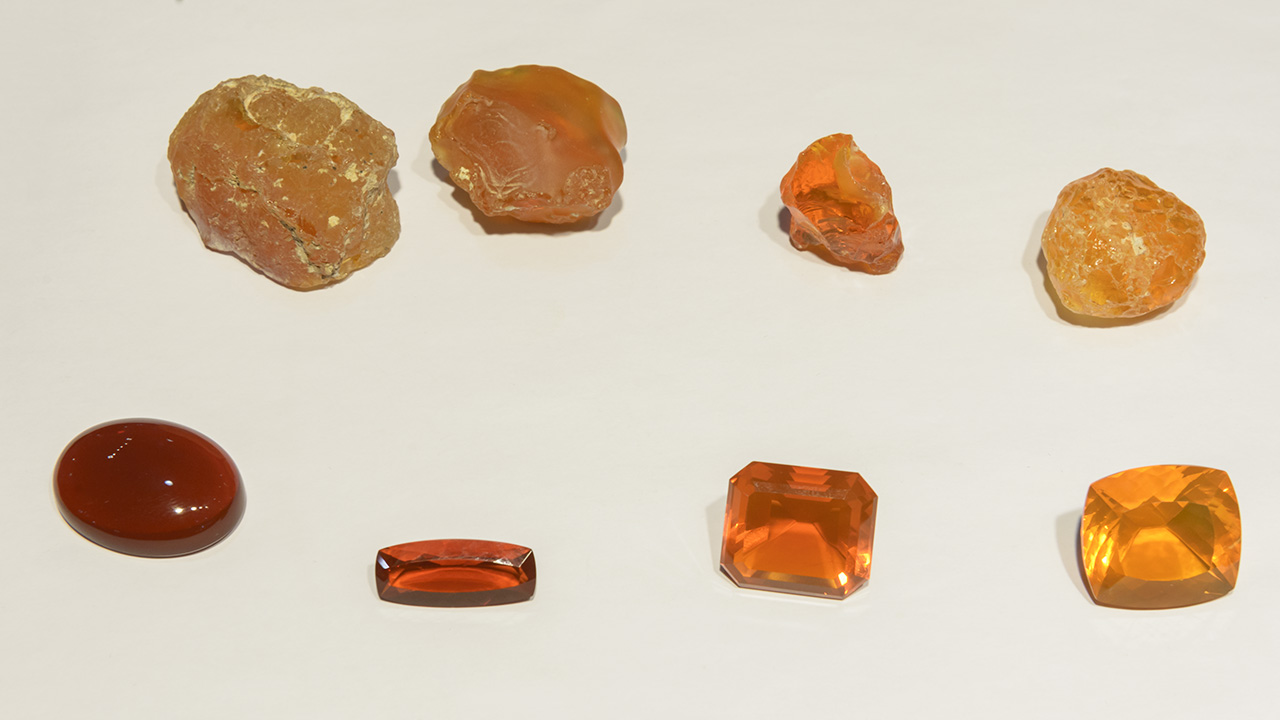 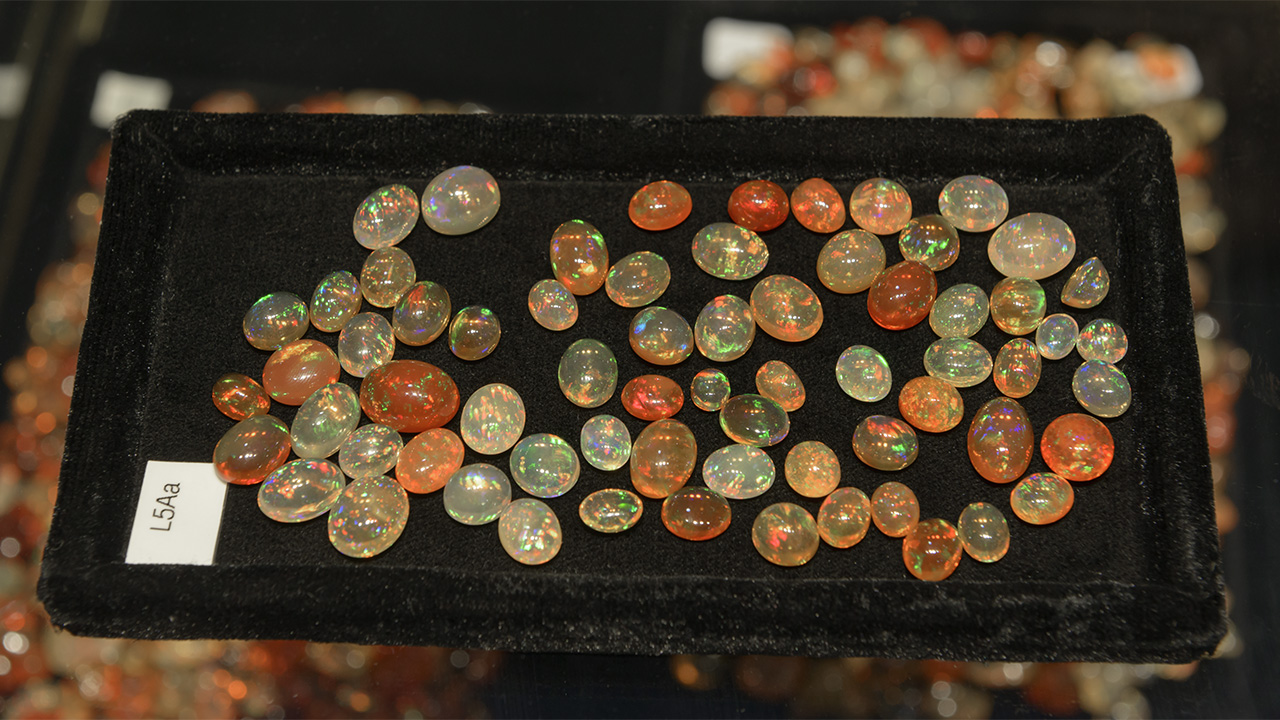 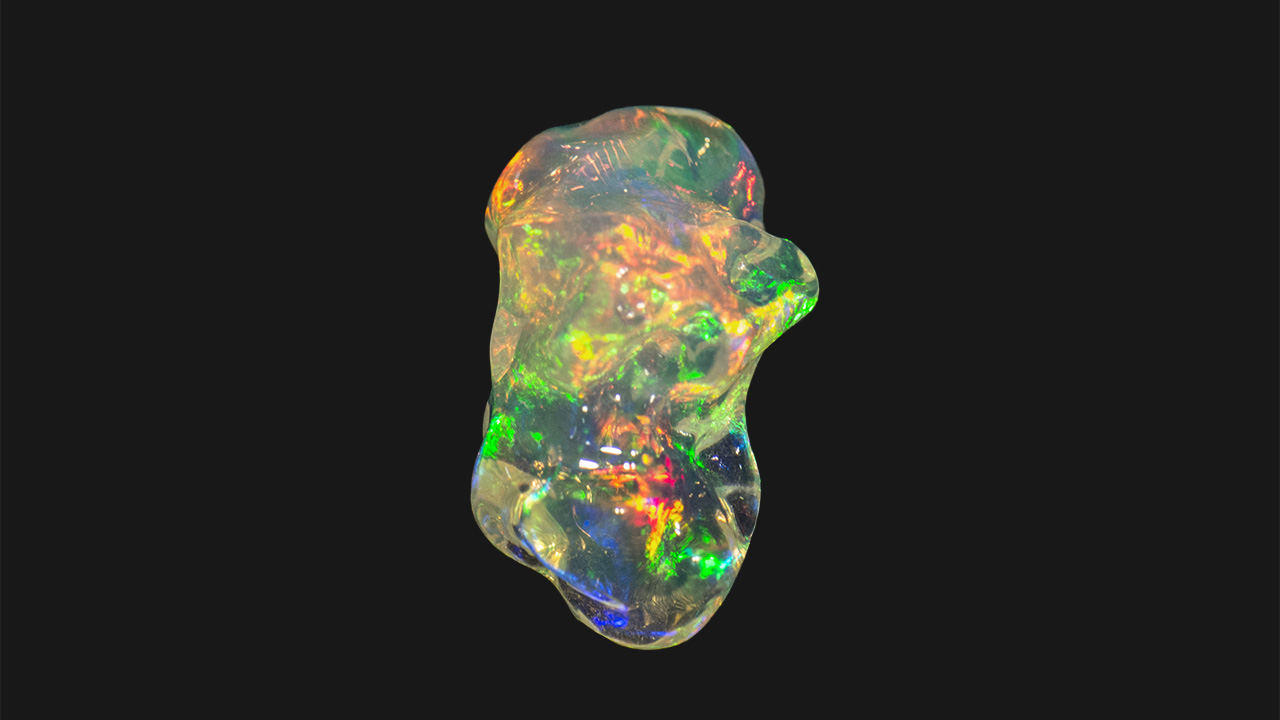 Red, pink, orange, yellow, and colorless (“clear” or “white”) specimens without play-of-color are polished by hand into freeform shapes or used for faceted stones (figure 2). Fine material with play-of-color is fashioned into cabochons or freeform shapes (figure 3). Lower-end material—essentially rhyolite matrix with gemmy opal portions—is fabricated by hand into cabochons for use in rings, bracelets, and cufflinks.

Eighteen interviews with trade experts, from one of the world’s largest gem shows.