The most coveted jadeite stones possess a deep rich green color. Lower-quality jadeite specimens are often treated with acid bleaching, polymer impregnation, and dyes to obtain this sought-after hue (E. Fritsch et al., “Identification of bleached and polymer-impregnated jadeite,” Fall 1992 G&G, pp. 176–187). It is quite unusual to see stones with even a small amount of natural green color further altered with dyes. When this does happen, the natural properties of the untreated area can make it especially challenging to properly identify the stone as dyed.

Recently, the Carlsbad laboratory examined a carved jadeite specimen (figure 1). Standard gemological testing and Raman spectroscopy confirmed that the specimen was jadeite; infrared spectroscopy indicated the specimen had been polymer impregnated. Observation with a desktop spectroscope revealed lines at 630 and 655 nm, which are associated with chromium impurities in naturally colored green jadeite. Observation under long-wave UV light revealed strong green-yellow fluorescence from most green areas of the stone, but not from the area where Cr lines were seen in the spectroscope. The colorless portions of the stone were also inert to UV light. Strong fluorescence in jadeite is often indicative of either polymer impregnation or a dye treatment; however, fluorescence from polymers would be evenly distributed throughout the stone due to the nature of impregnation. The fact that this stone only fluoresced from the green areas was strong evidence of dyeing rather than impregnation.

Microscopic observation (figure 2) revealed concentrations of green color in the boundary gaps in between grains, typical of dyed jadeite. The green area without fluorescence possessed a smoother, more consistent green color, which is customary for natural jadeite. Absorption spectroscopy in the UV, visible, and near-IR range confirmed that the natural area contained an absorption band from 530 to 740 nm, punctuated by natural chromium peaks at 691 and 655 nm (figure 3). The dyed green areas contained a double band around 627 and 665 nm, which is typical of dyed green jadeite. 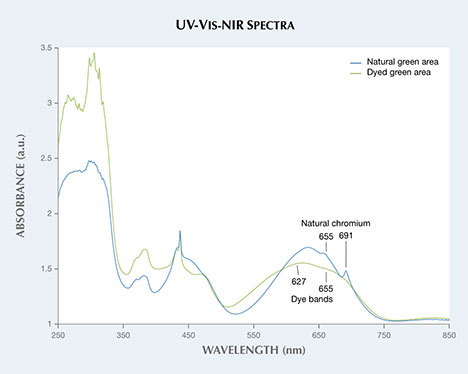 The proper treatment identification of jadeite is essential to the consumer’s confidence in this stone. Testing only a portion of this material might convince an observer that no dye had been applied. One must always expect the unexpected when attempting to determine treatments in any gemstone.

Dylan Hand is an identification technician at GIA in Carlsbad, California.

Identification of Bleached and Polymer-Impregnated Jadeite

The "bleaching" treatment of jadeite jade has become prevalent in higher- as well as lower-quality material. 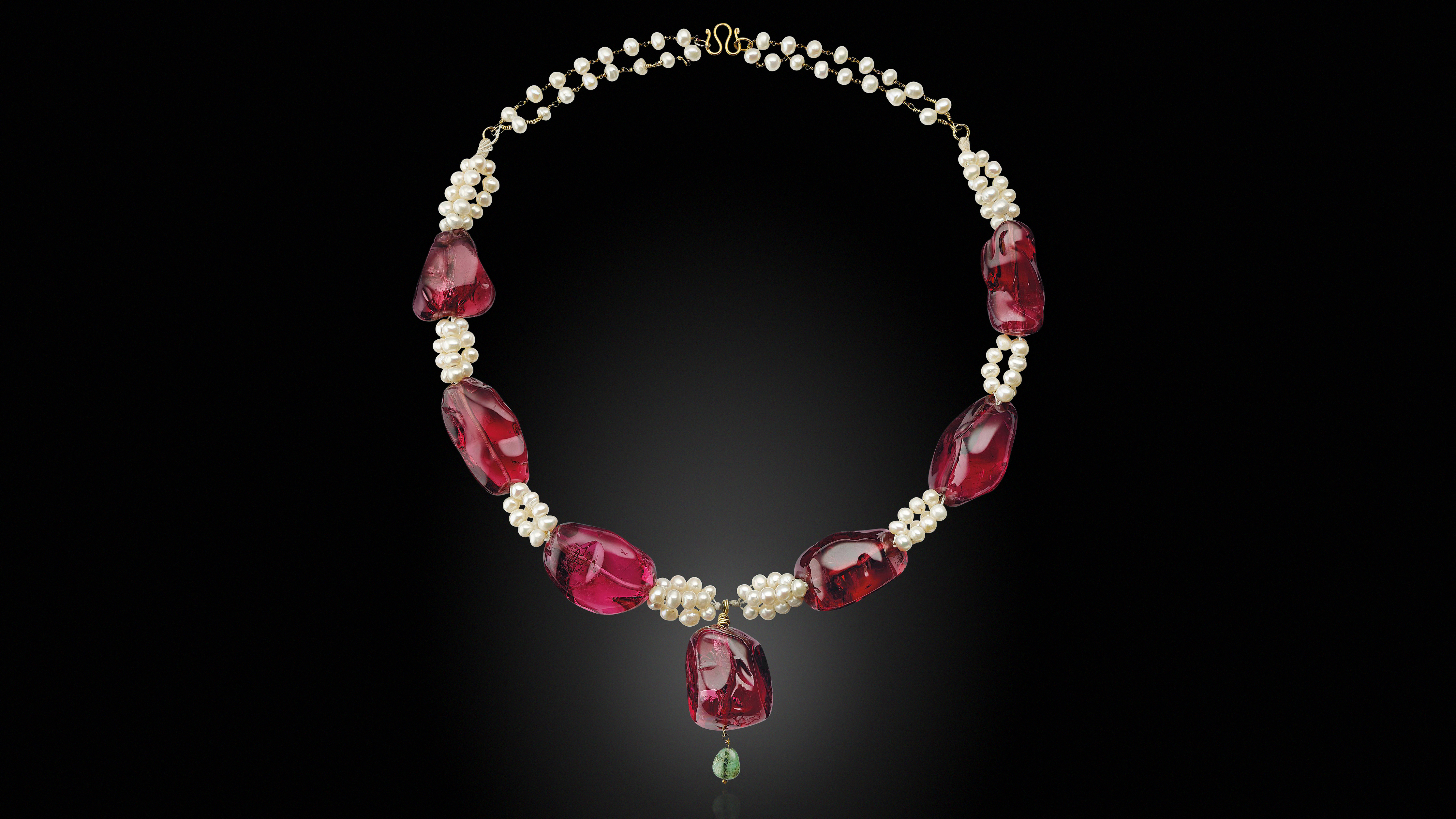