Color
Citrine’s attractive color, plus the durability and affordability it shares with most other quartzes, makes it the top-selling yellow-to-orange gem. A saturated yellow to reddish orange color free of brownish tints is prized in citrine, although in the contemporary market, citrine’s most popular shade is an earthy hue—a deep brownish or reddish orange. 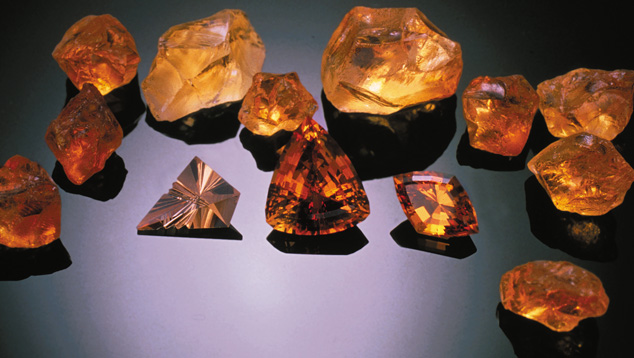 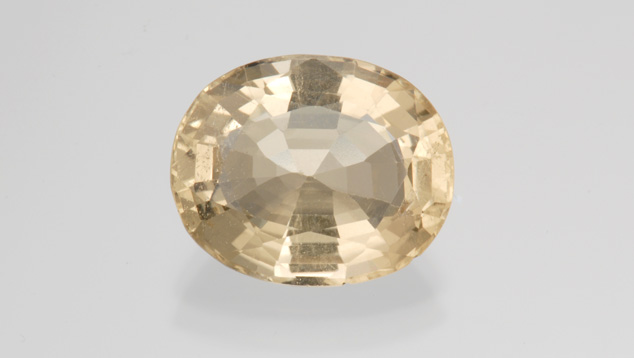 Citrine’s colors range from pale brownish yellow shades like this one to intense reddish orange hues. - Robert Weldon
Since natural citrine is rare, most of the citrine on the market is the result of heat treatment, which causes some amethyst to change color from undesirable pale violet to attractive yellow. The amethyst’s original hue can determine the richness of the resulting citrine’s yellow. 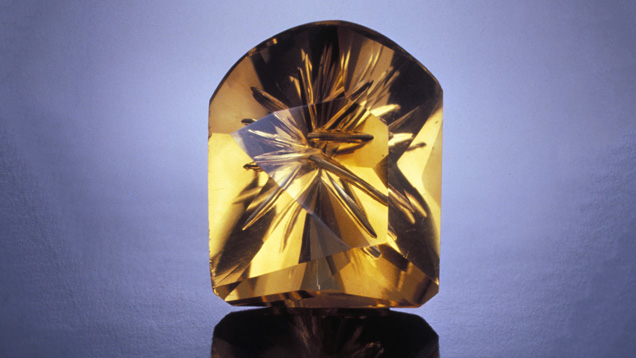 This fantasy-cut citrine started out as an amethyst. Its orange hues are the result of low-temperature heat treatment. - GIA & Tino Hammid 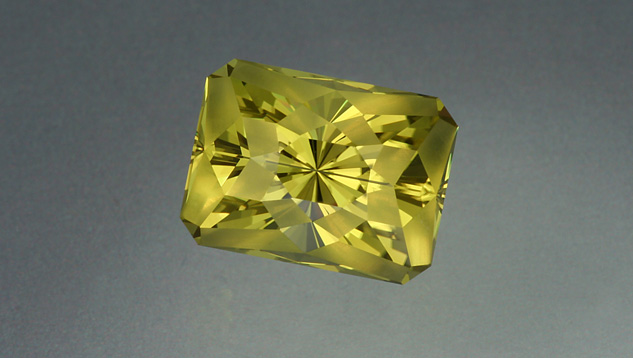 Lime-colored citrine can result from heat treatment of smoky quartz. The gem’s designer used some frosted facets to highlight its trendy color. – Lydia Dyer,  gem courtesy John Dyer & Co
Clarity
Dealers look for citrines without color zoning or visible inclusions. Much of the faceted citrine in the market is eye-clean, meaning it lacks eye-visible inclusions. 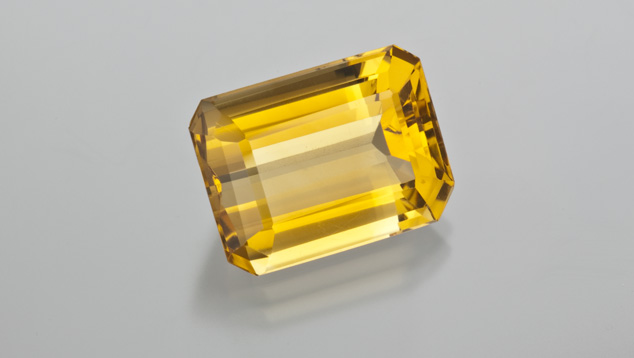 Most faceted citrine on the market has no eye-visible inclusions. - Robert Weldon 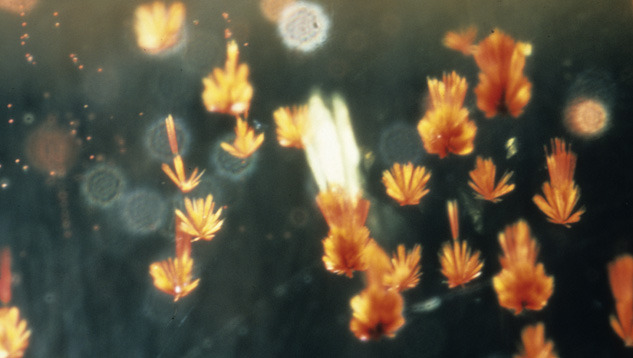 Microscopic inclusions in citrine are usually not visible without high magnification.
Cut
Although citrine is available in standard shapes and sizes, in recent years many high-end jewelry designers and gem carvers have fashioned the warm yellow gem into unusual cuts for jewelry and carvings. 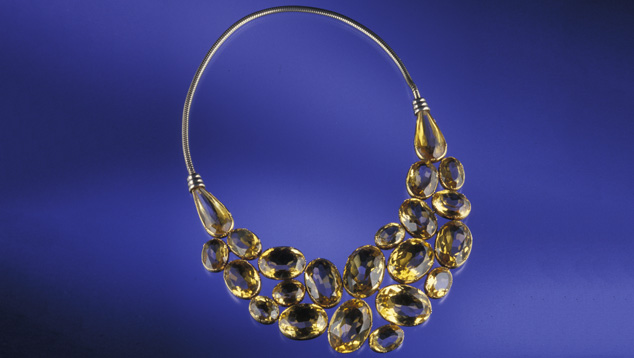 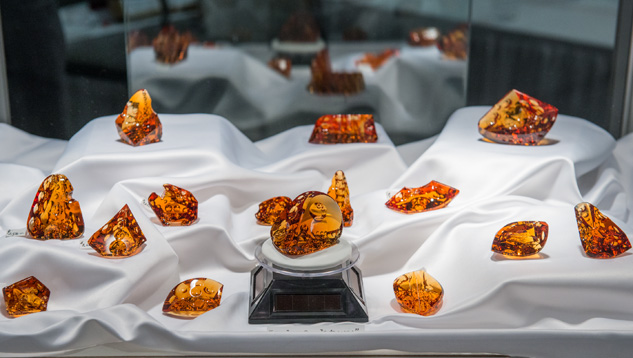 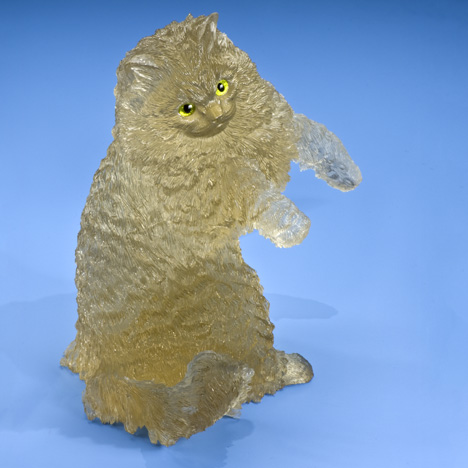 This golden cat is carved in citrine from Brazil. Its eyes are made of peridot and
gold. - Robert Weldon
Carat Weight
Citrine crystals occur in a wide range of sizes, and citrines of up to 20 carats are readily available in jewelry. 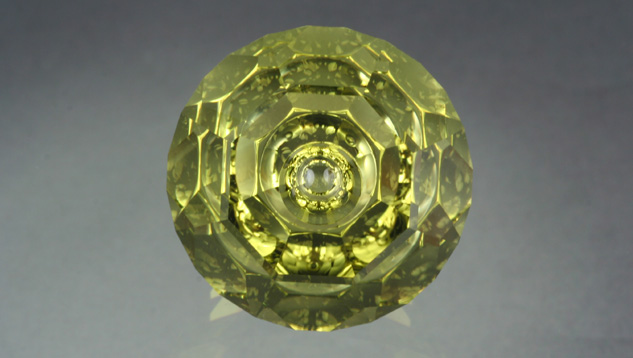 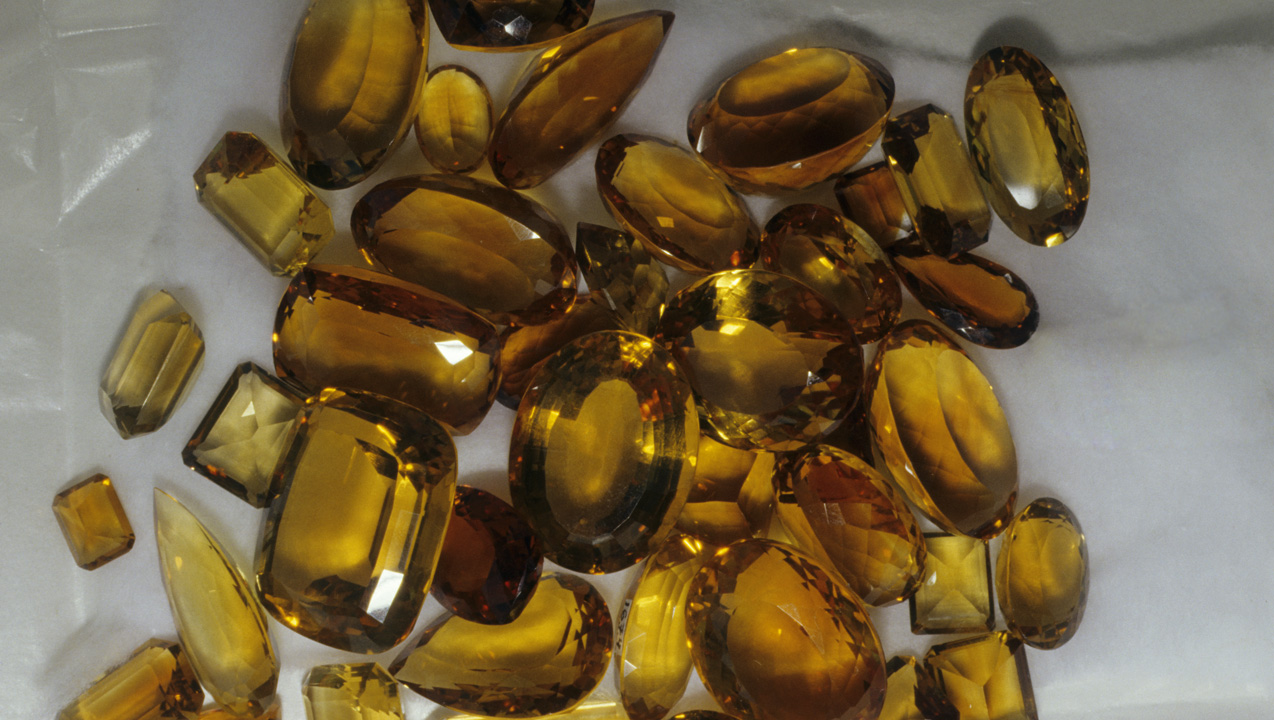 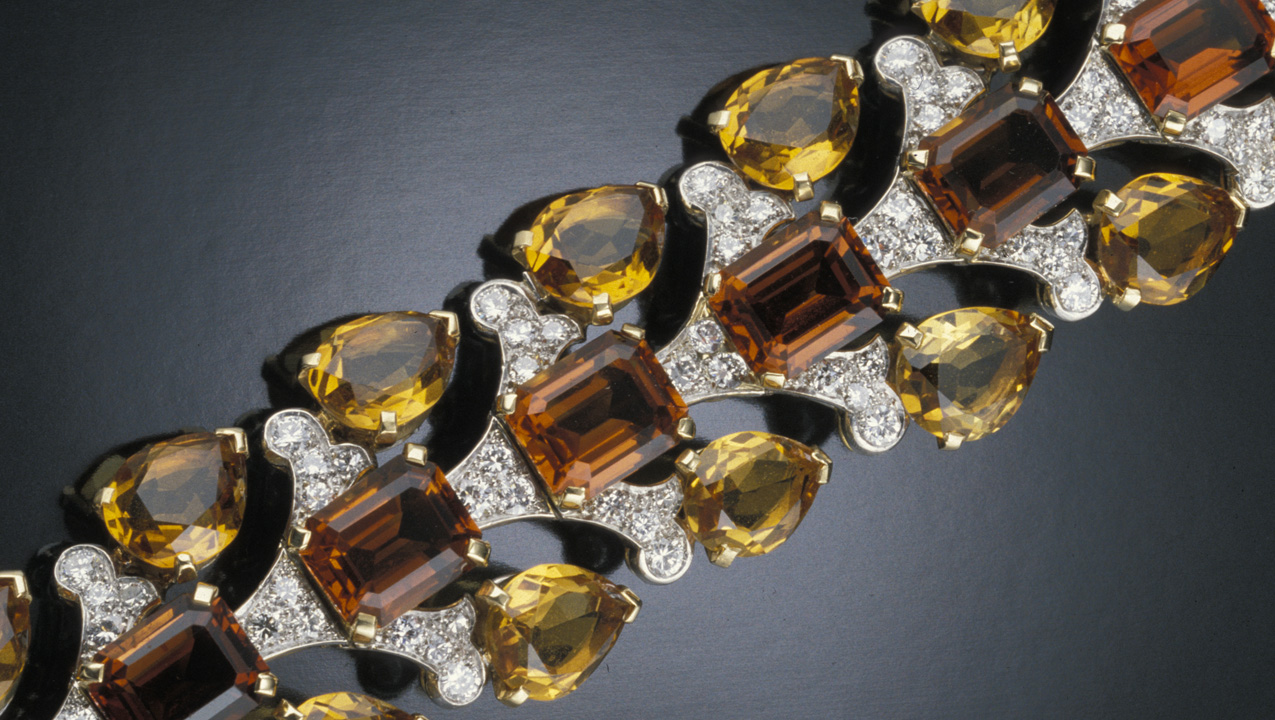 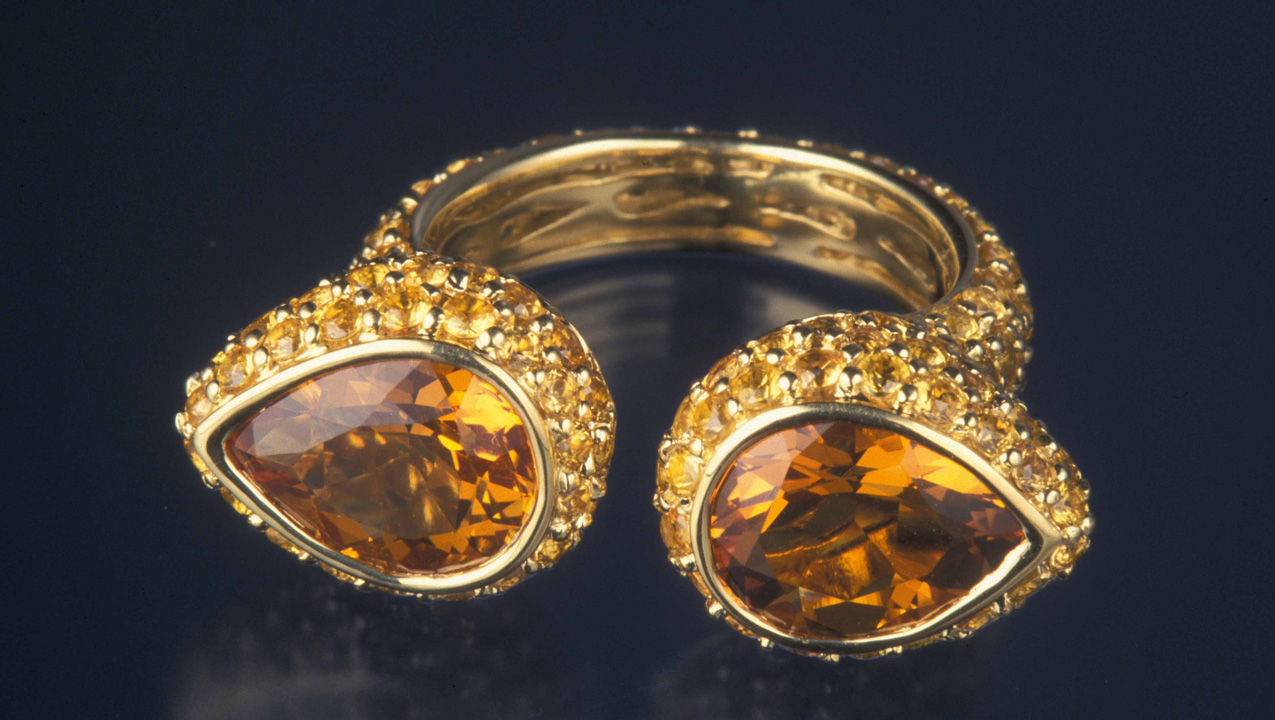 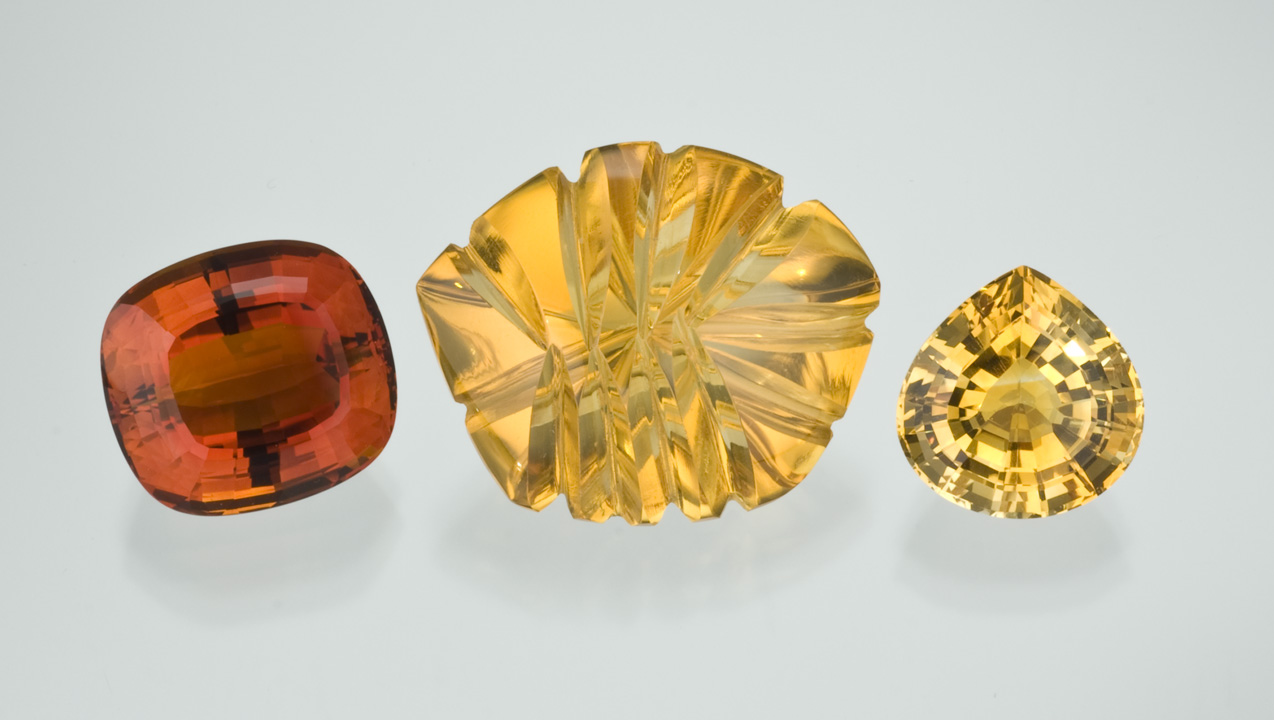 Discover the meaning and history of citrine, a November birthstone, and where it can be found.
Learn More