Turquoise is found in only a few places on earth: dry and barren regions where acidic, copper-rich groundwater seeps downward and reacts with minerals that contain phosphorus and aluminum. The result of this sedimentary process is a porous, semitranslucent to opaque compound of hydrated copper and aluminum phosphate.
Turquoise is a prime example of an opaque colored stone that can be marketed both as a gem for jewelry and as an ornamental material.

The Abdurreza turquoise mine lies in a dry, remote area of Iran.
Turquoise might lack the sparkle and clarity of transparent colored gemstones like ruby, emerald, and sapphire, but its multi-layered history and soul-satisfying color make it a desirable gem. Its color can range from dull greens to grass greens to a bright, medium-toned, sky blue. People value turquoise highly for its combination of ancient heritage and unforgettable color.

The traditional source for the top color, sometimes described as robin’s-egg blue or sky blue, is the Nishapur district of Iran, the country formerly known as Persia. So, quite often, you’ll hear people in the trade call turquoise of this beautiful color “Persian blue,” whether or not it was actually mined in Iran.

Top-quality turquoise has inspired designers to create elegant jewelry. It’s most often cut into cabochons, but it might also be cut into beads or flat pieces for inlays.

Although much turquoise jewelry is sleek and modern, many US consumers are familiar with the traditional jewelry of Native American peoples such as the Pueblo, Hopi, Zuni, and Navajo. People interested in Native American arts and crafts frequently collect this stylized silver jewelry. 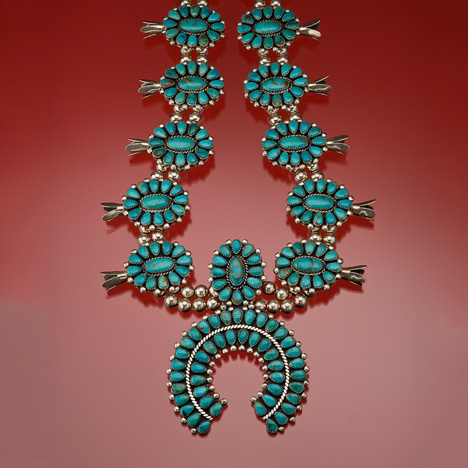 Elaborate silver and turquoise squash blossom necklaces like this are prized by collectors
of Native American jewelry. - Courtesy Jaime Steelman
Turquoise is relatively soft, so it’s ideal for carving. Artists in Europe, Asia, the Middle East, and the Americas choose turquoise as a medium for carved jewelry and art objects. It’s often fashioned into talismans with Native American significance, such as bird and animal carvings, called fetishes. 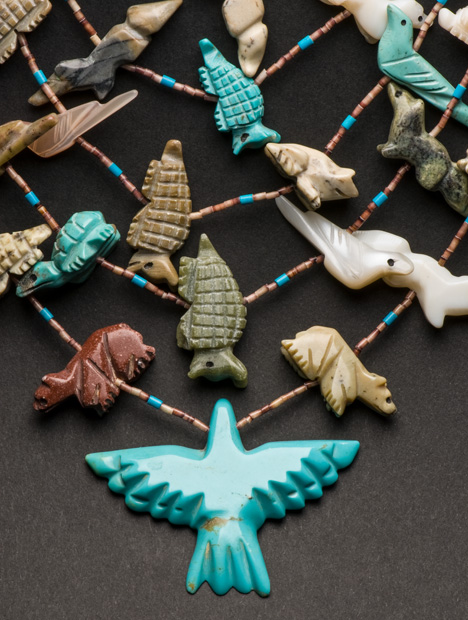 Native American jewelry often features carved turquoise birds and animals, called fetishes.
- Courtesy Jaime Steelman
Turquoise owes its texture to its structure and composition. It’s an aggregate of microscopic crystals that form a solid mass. If the crystals are packed closely together, the material is less porous, so it has a finer texture. Fine-textured turquoise has an attractive, waxy luster when it’s polished. Turquoise with a less-dense crystal structure has higher porosity and coarser texture, resulting in a dull luster when it’s polished. 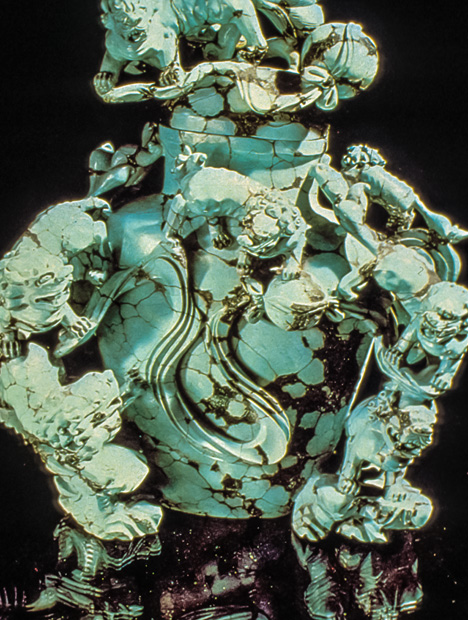 Turquoise is soft enough to be carved. This turquoise from China was crafted into an
ornate vase. – Courtesy Geological Museum, Beijing, China
Porosity and texture don’t just affect appearance: They also affect durability. Turquoise is fairly soft—it ranks 5 to 6 on the Mohs scale. Turquoise with a coarse texture might have poor toughness, too. Samples with finer texture have fair to good toughness. 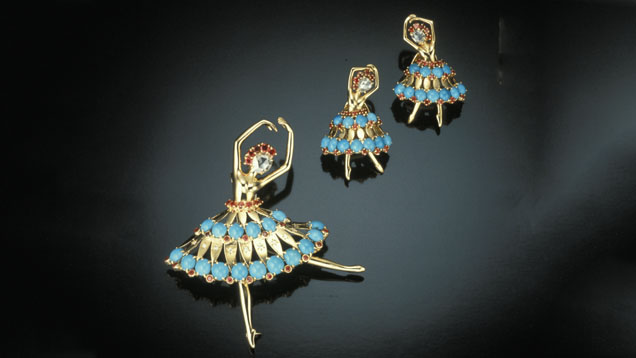 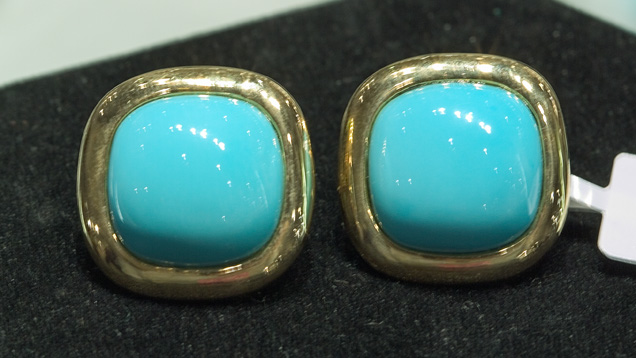 The smooth, waxy luster of these turquoise earrings results from closely grouped crystals that lessen porosity. - Courtesy GLEAM
Turquoise deposits usually form in iron-rich limonite or sandstone. Limonite creates dark brown markings in turquoise, while sandstone creates tan markings. These markings are remnants of the host rock within the turquoise, and can resemble splotches or veins. They’re called matrix. 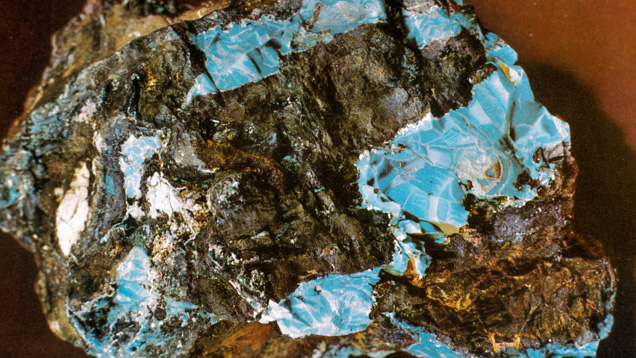 Turquoise is generally embedded in its host rock, like this specimen from Iran.
Manufacturers try to fashion turquoise so that no matrix is visible, but sometimes it’s unavoidable. Small amounts of turquoise might be scattered through the host rock in such a way that the rough material can’t yield any cut specimens large enough to fashion into gems without including some matrix. 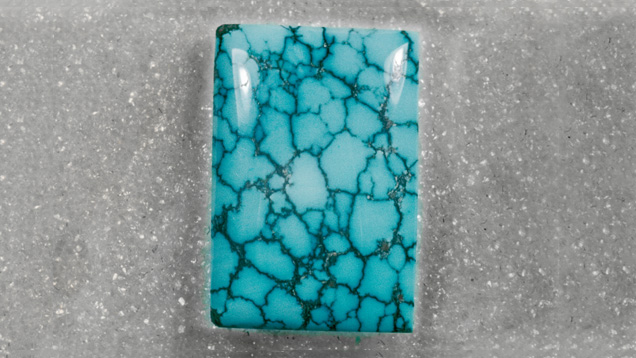 This is especially true if it’s a type of turquoise known in the trade as spiderweb turquoise. It contains matrix in thin, delicate, web-like patterns across the face of the gemstone. The patterns provide a dark contrast to the gem’s bright blue.

In the market for top-quality turquoise, stones with no matrix at all command the highest prices. Gems with attractive spiderweb matrix rank second in value.

Discover the meaning and history of turquoise, a December birthstone, and where it can be found.
Learn More