Tourmaline ranks 7 to 7.5 on the Mohs scale. Its toughness is considered Fair.

Stability
Tourmaline is generally stable to light and isn’t affected by exposure to chemicals, but heat can damage a tourmaline. High heat can alter the color, and sudden temperature change (thermal shock) can cause fracturing.

Some tourmalines might have been treated to improve their color. The two most important tourmaline treatments are heating and irradiation. 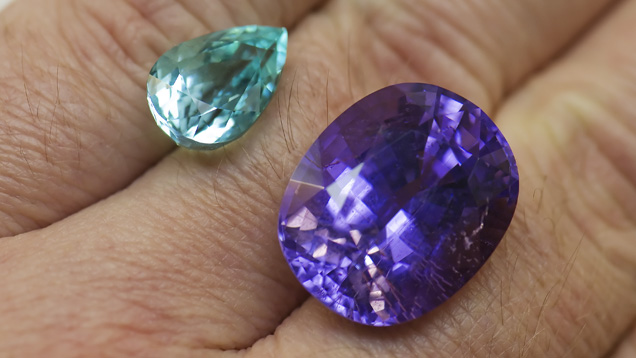 Color changes due to irradiation can fade with exposure to heat or bright light.

Cleaning
Warm, soapy water is the best method for cleaning tourmaline. The use of ultrasonic and steam cleaners is not recommended.