Tanzanite is a versatile gemstone that comes in a variety of sizes and cutting styles. Although it was only discovered in the late 1960s, it has quickly established itself as one of the premier gemstones in the world.

Color
Tanzanite is a pleochroic gem, which means it can show different colors when viewed in different crystal directions. This makes cutting a crucial element in determining the color the consumer sees when the stone is cut and set in jewelry. 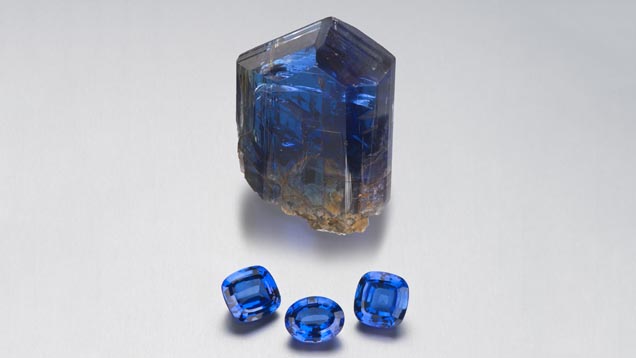 Tanzanite’s color can be a very bright, intense blue.
In exceptional tanzanites, the color is an intense violetish blue with red flashes of pleochroic color coming from within the stone. Due to the gem’s strong pleochroism, fashioned examples typically show a mix of both blue and violet colors in a wide range of tones. As with most colored gemstones, paler colors are more available and affordable than saturated ones.

In this crystal direction, this tanzanite's violet-to-purple pleochroic color is evident. - Jeff Scovil
Untreated, tanzanite is typically brownish. Most blue tanzanites for sale today owe their color to heat treatment, which is what reveals the gem’s attractive pleochroic blues and violets. The blue crystals originally discovered by Masai tribesmen were an exception because they’d probably been exposed to a natural heat source within the earth at some point.

As trade professionals assume the majority of the tanzanite on the market has been heated in some way, there’s little effect on pricing. In many cases, it’s challenging for gemological laboratories to determine whether a tanzanite has been heated.

Clarity
Much of the tanzanite sold for jewelry has inclusions that can be seen only under magnification, so any eye-visible inclusions cause a drop in value.  Also, any inclusions that might pose durability problems, such as fractures, lower tanzanite value greatly. 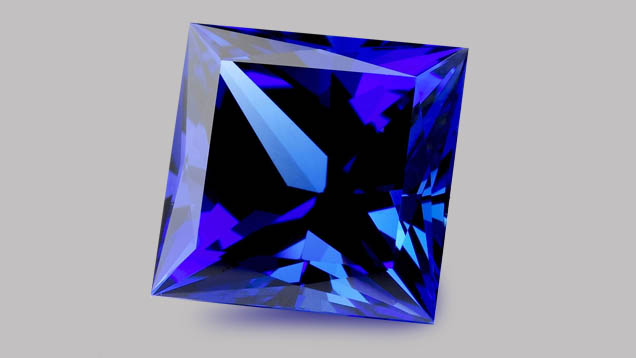 Most tanzanites cut as faceted gemstones for use in jewelry contain no inclusions that are visible to the eye. - Courtesy Tanzanite Foundation ™ 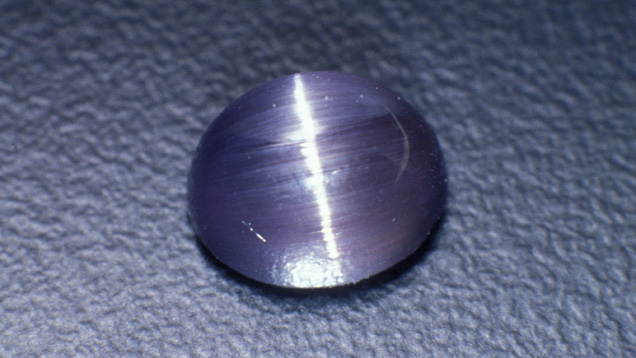 Rarely, tanzanite can contain inclusions that cause a cat’s-eye effect.
Cut
Cutting plays an important role in tanzanite’s color display. Because of its pleochroism—the ability to show different colors when viewed in different crystal directions—cutting direction determines the gem’s overall face-up color. 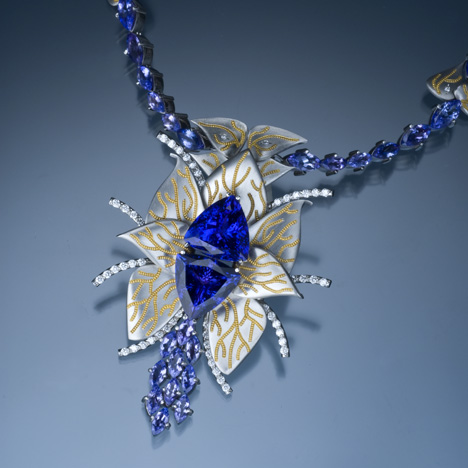 This award-winning jewelry piece features two triangular tanzanites set back to back. The stones were cut with the proper orientation and proportions to allow maximum enjoyment of their deep violet blue color. - Courtesy Tanzanite Foundation ™
Cutters consider financial realities when they decide how to cut tanzanite. As with other gems, weight lost is profit lost. Cutting a tanzanite to emphasize the violet-to-purple color usually wastes less rough than cutting it to get a violetish blue color. That's part of the reason face-up violet-purple tanzanites are more plentiful than specimens with a stronger blue color component. 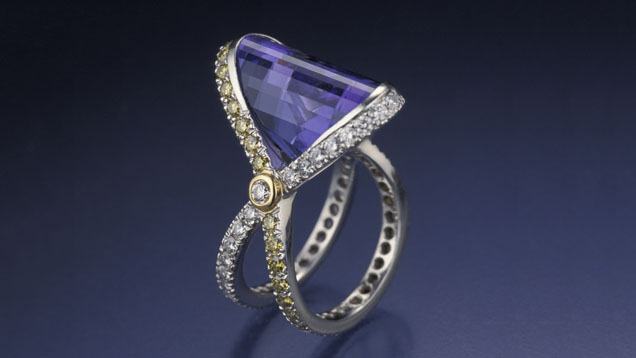 Tanzanite is sometimes cut in designer fantasy styles. - Courtesy Mark Schneider
But this decision must be balanced against the higher per-carat price that the finer violetish blue color might bring. The cutter essentially makes a choice between a smaller top-color gem and a larger violet-purple one.

Carat Weight
Tanzanite is available in a wide variety of sizes, shapes, and faceting designs. The finest and deepest colors are usually seen in sizes over 5 carats. Smaller stones are often less intense in color. 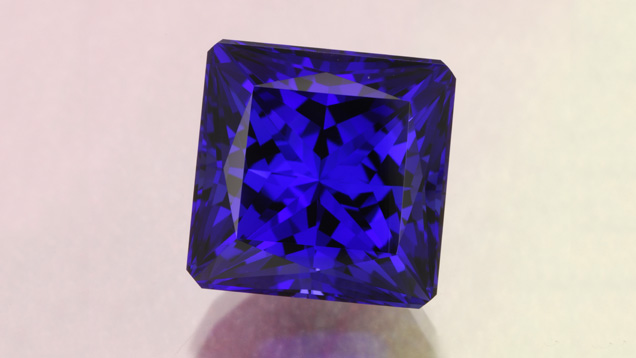 Tanzanite can be found in large sizes for jewelry use. This is a square-cut 37.07-carat stone - Courtesy Robert Kane, Fine Gems International 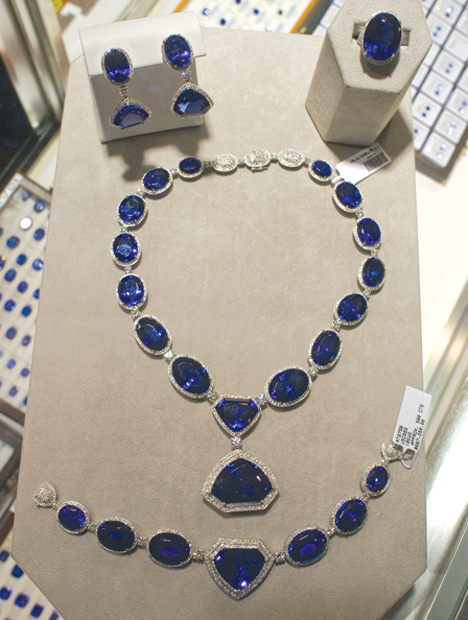 This suite of tanzanite jewelry has a total weight of 500 carats. - Courtesy Intercolor