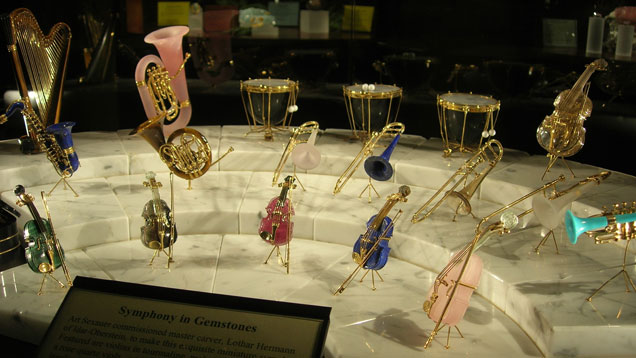 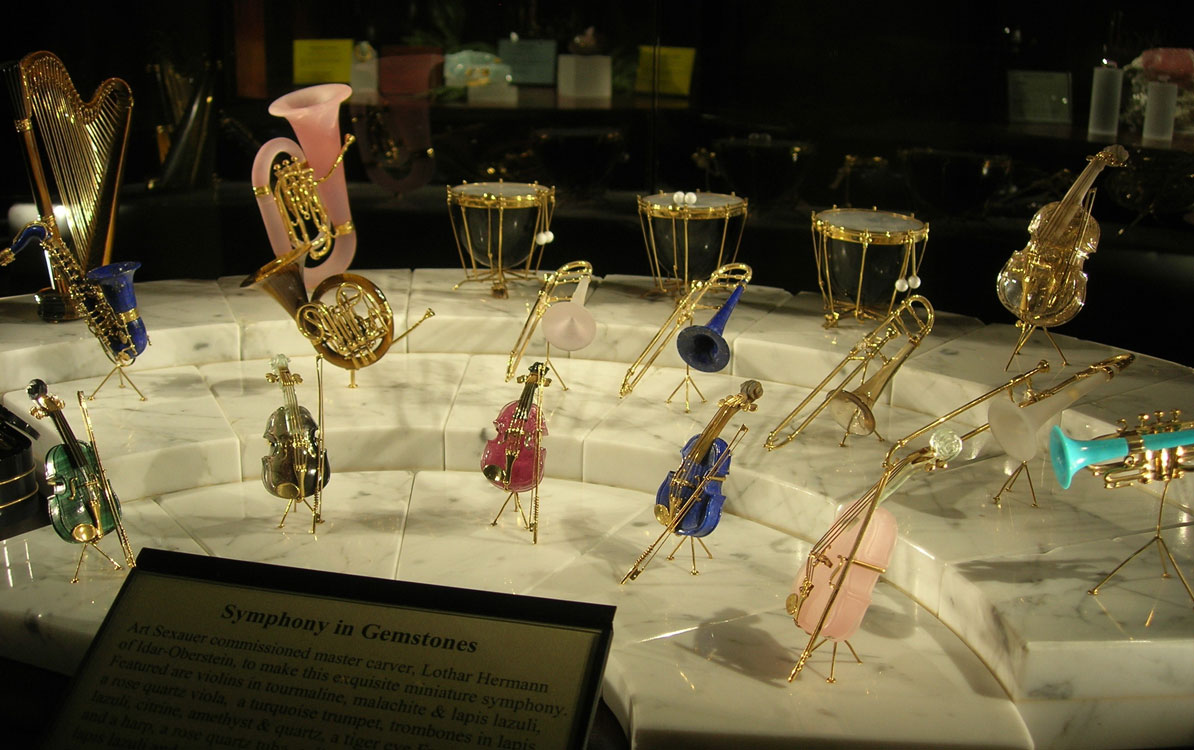 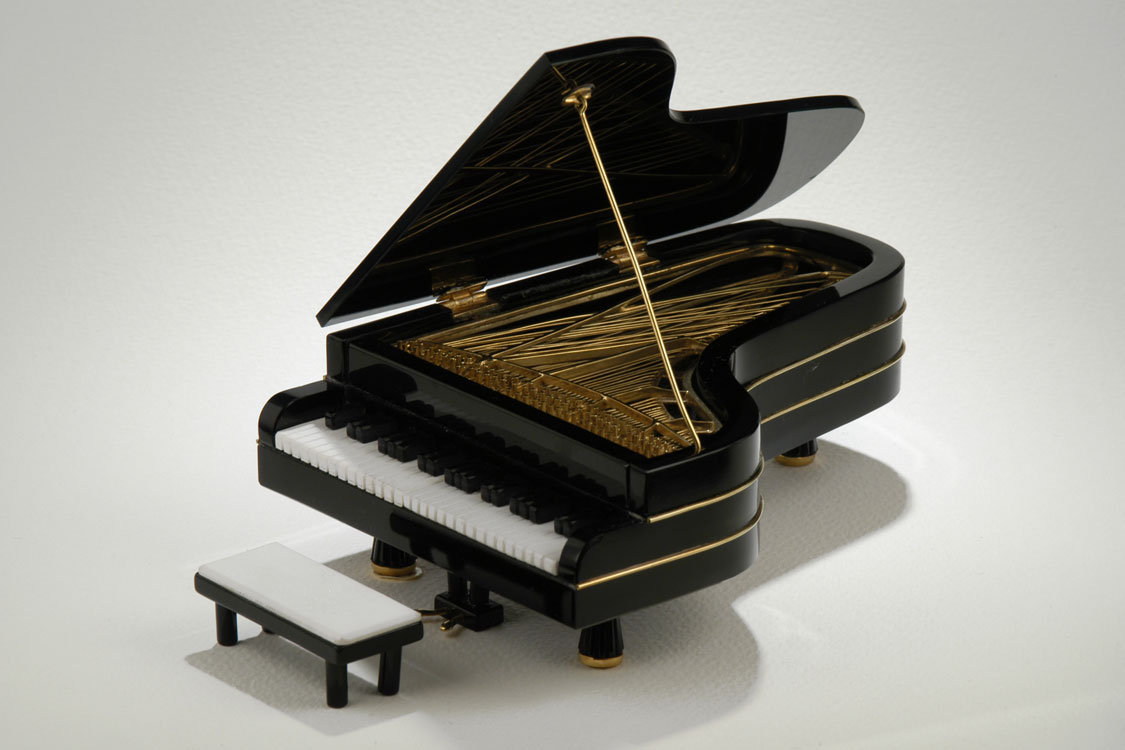 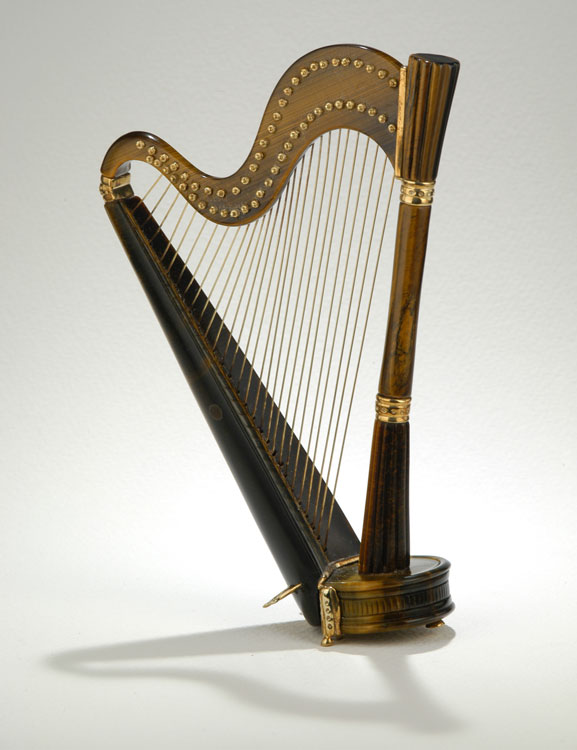 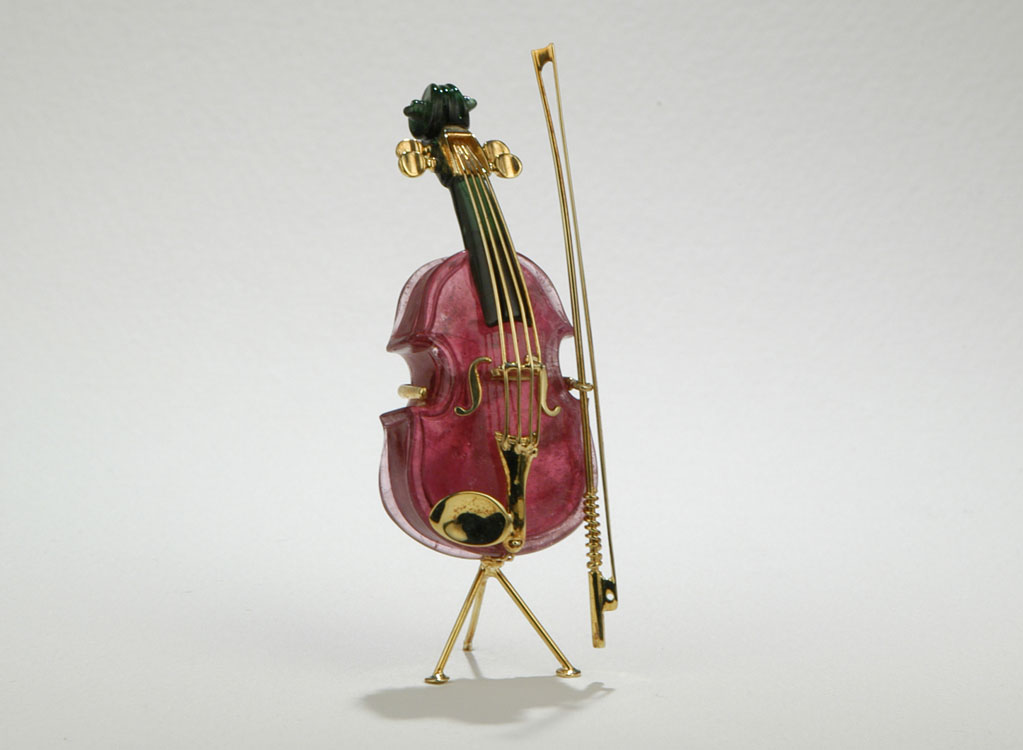 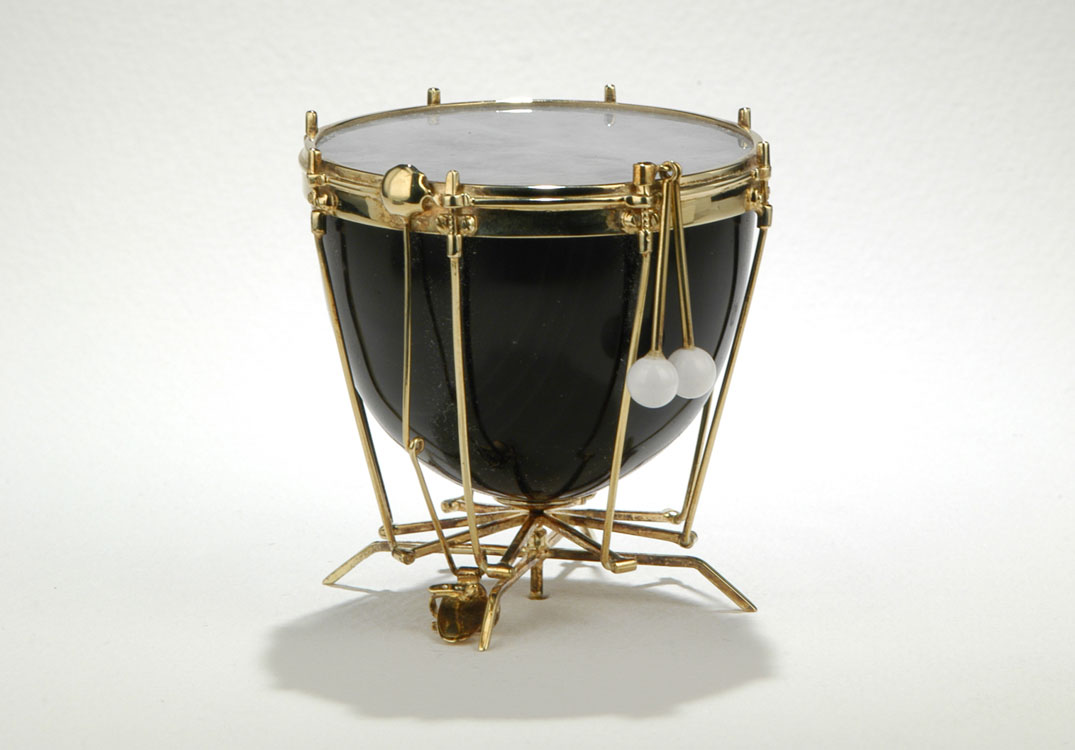 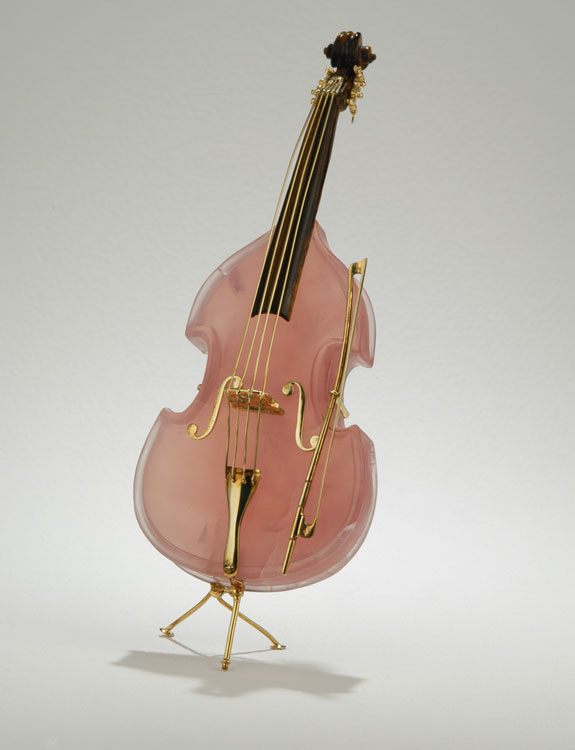 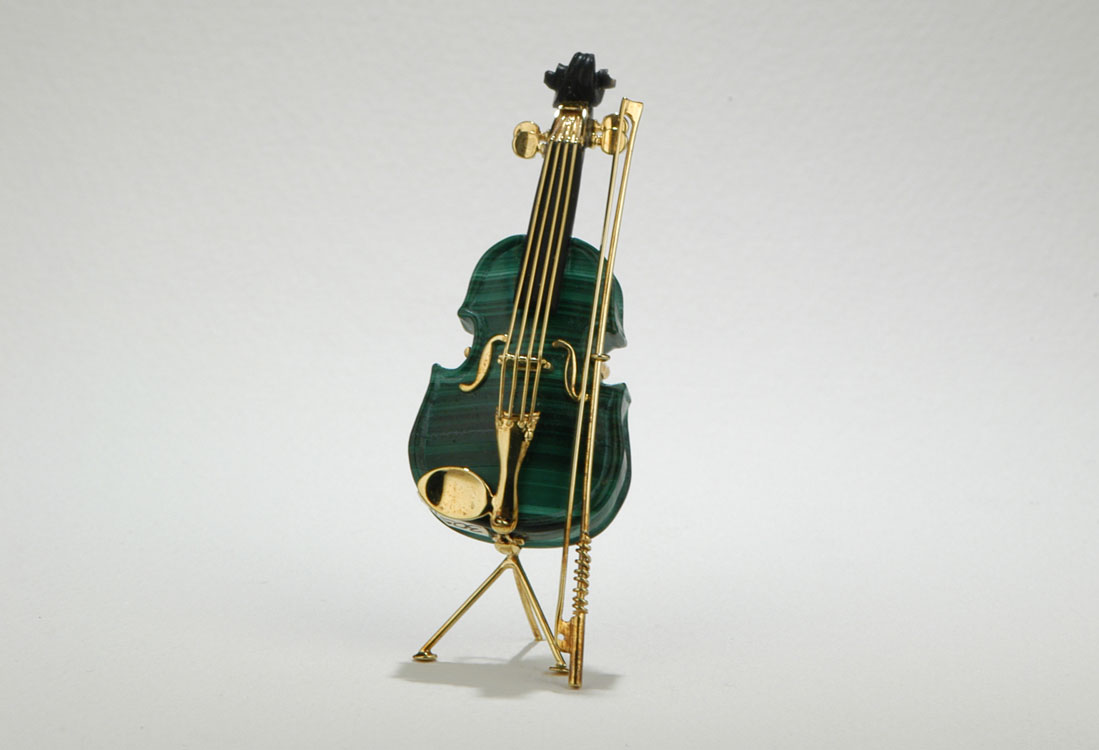 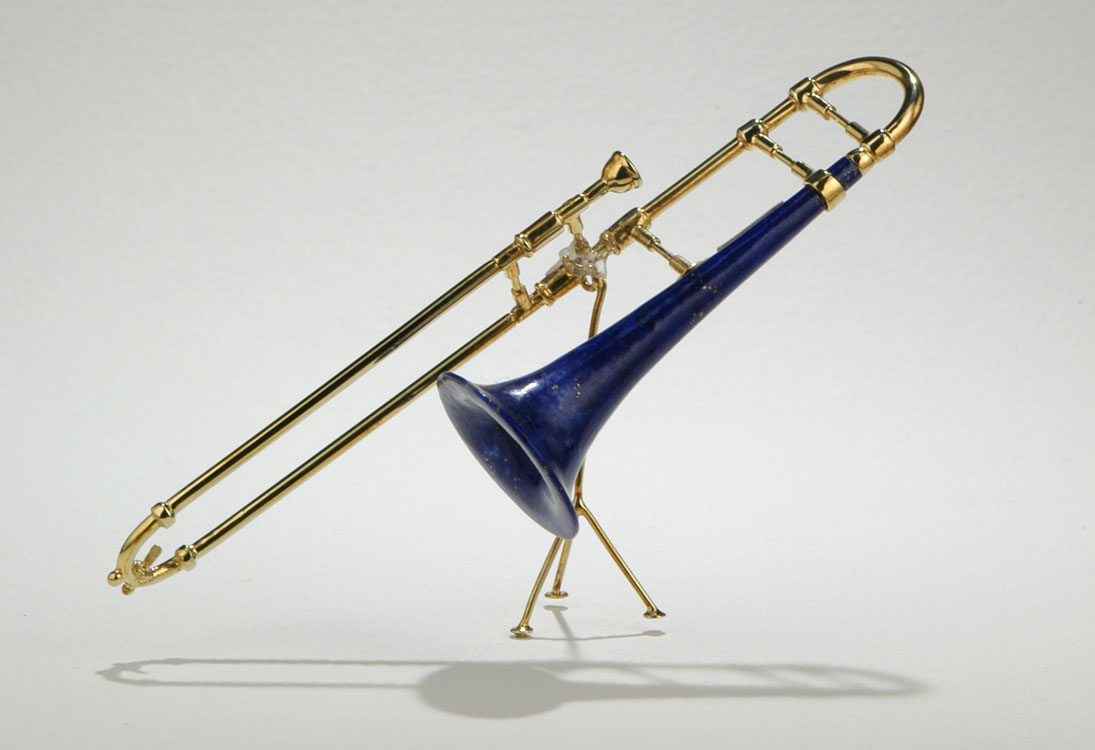 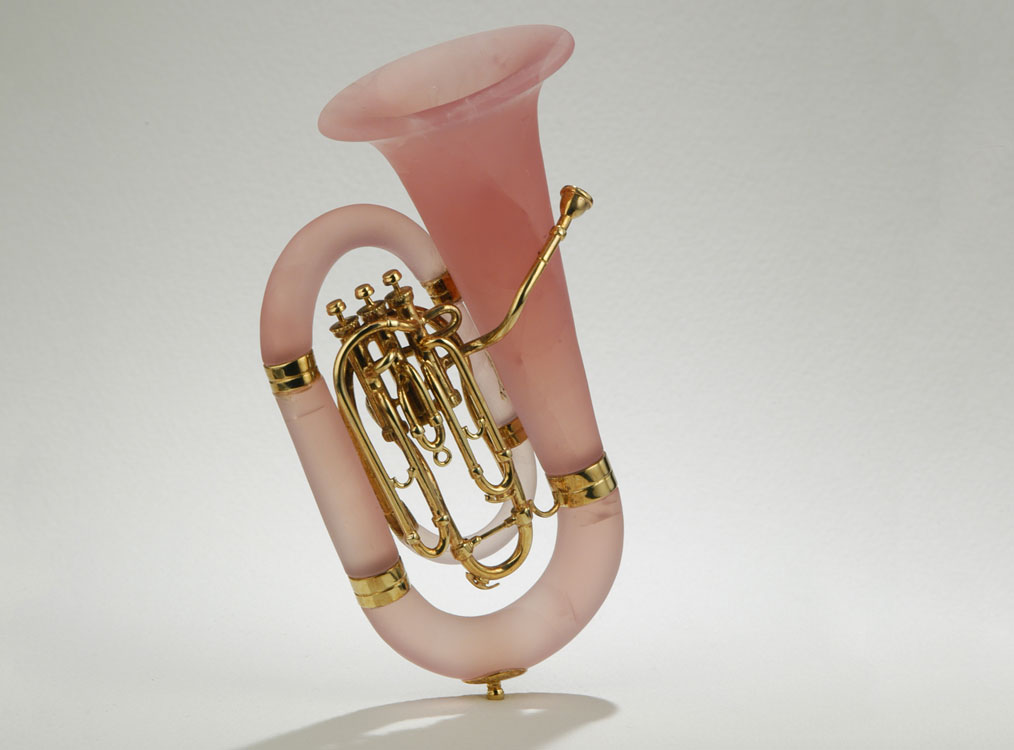 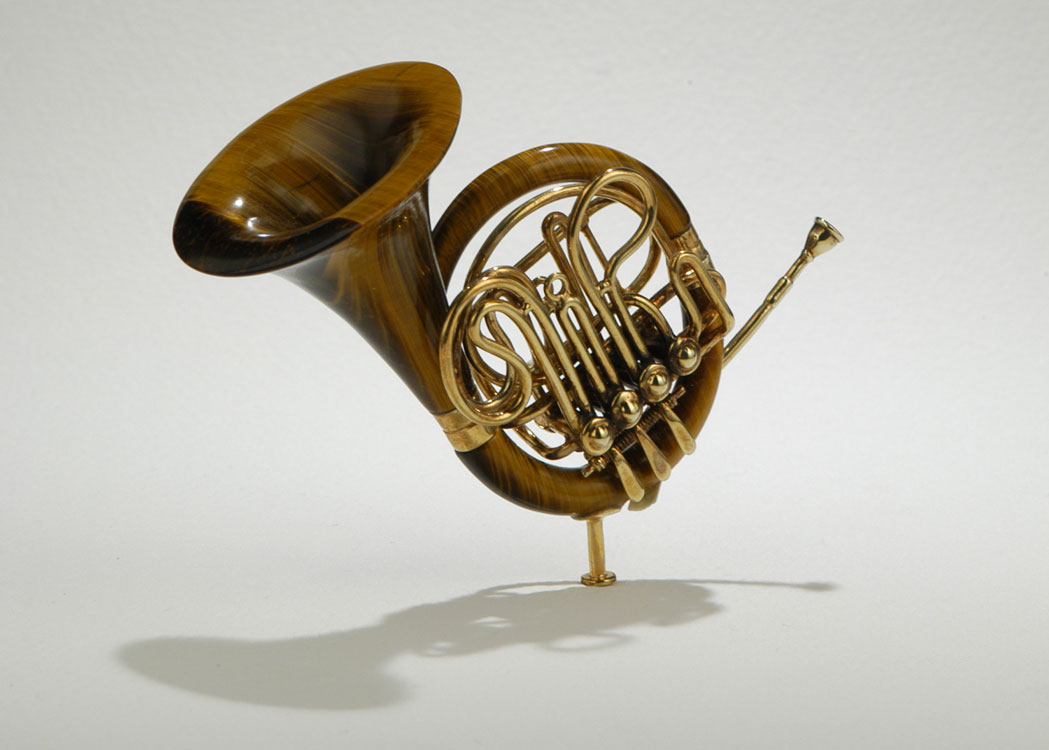 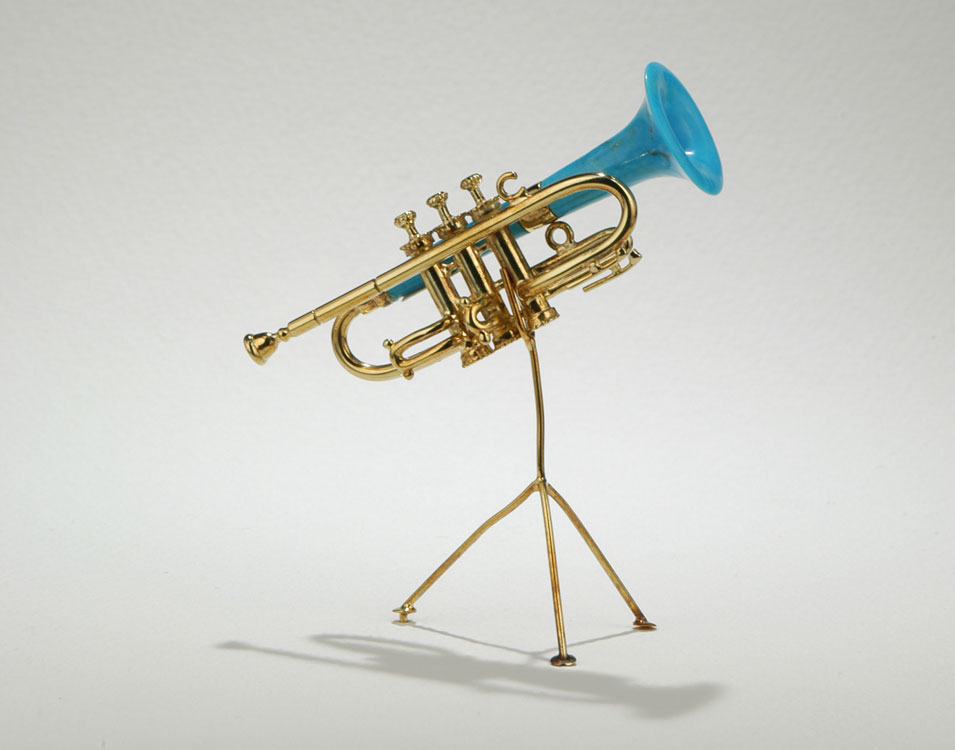 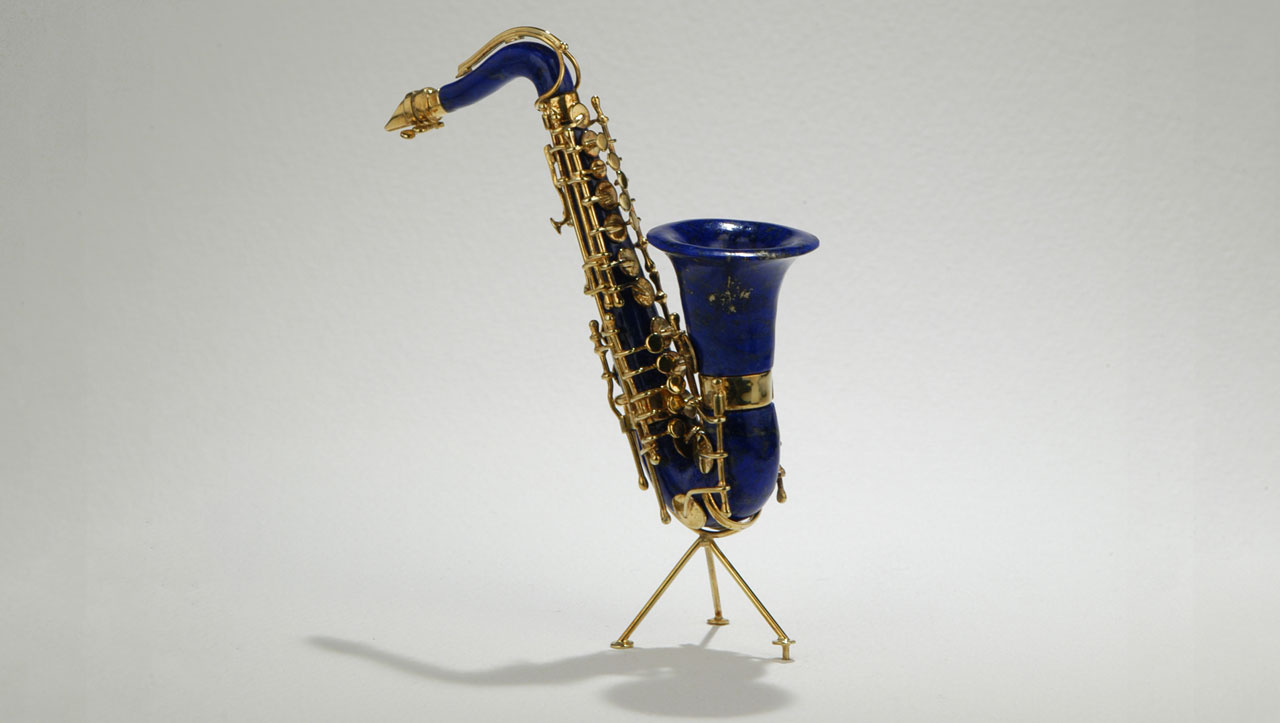 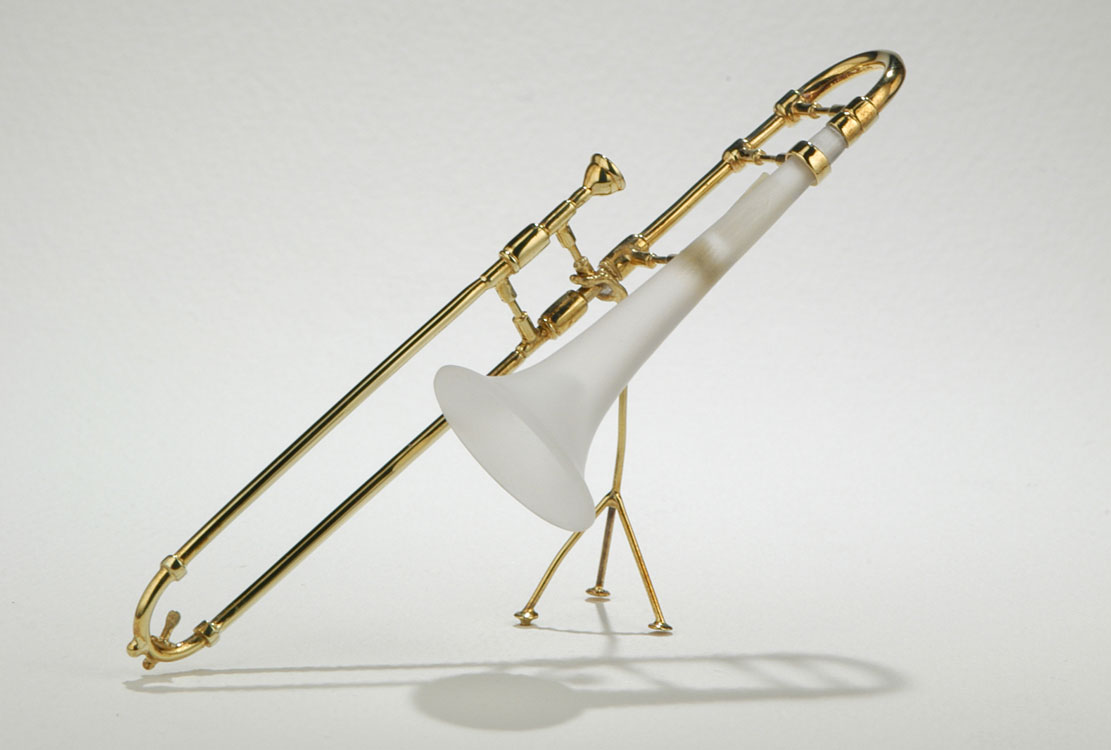 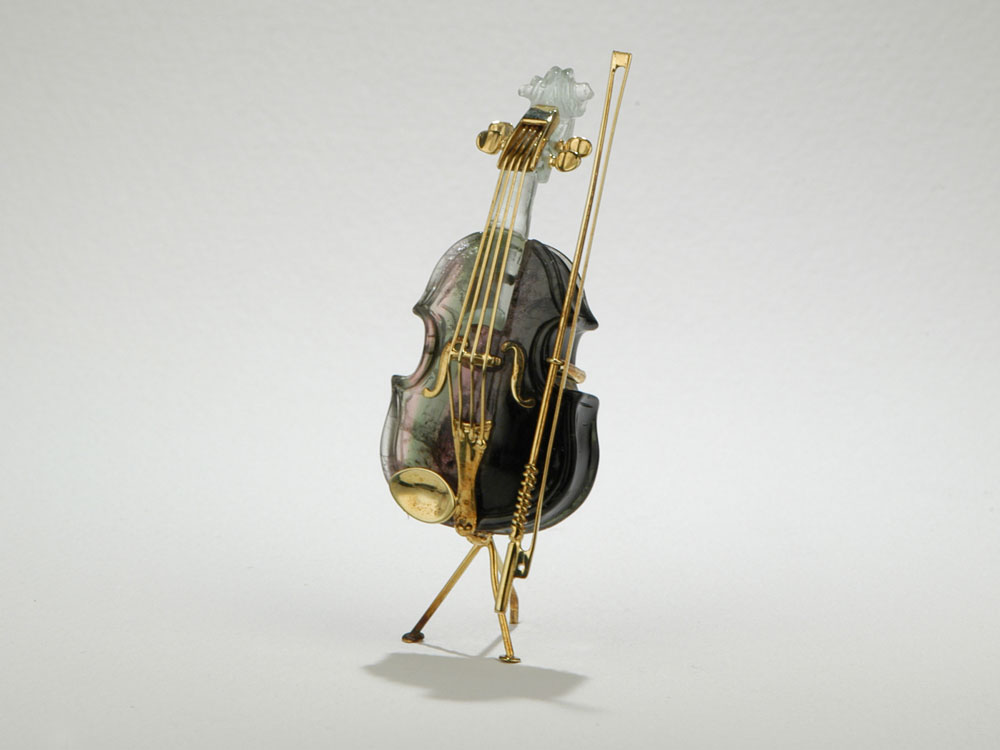 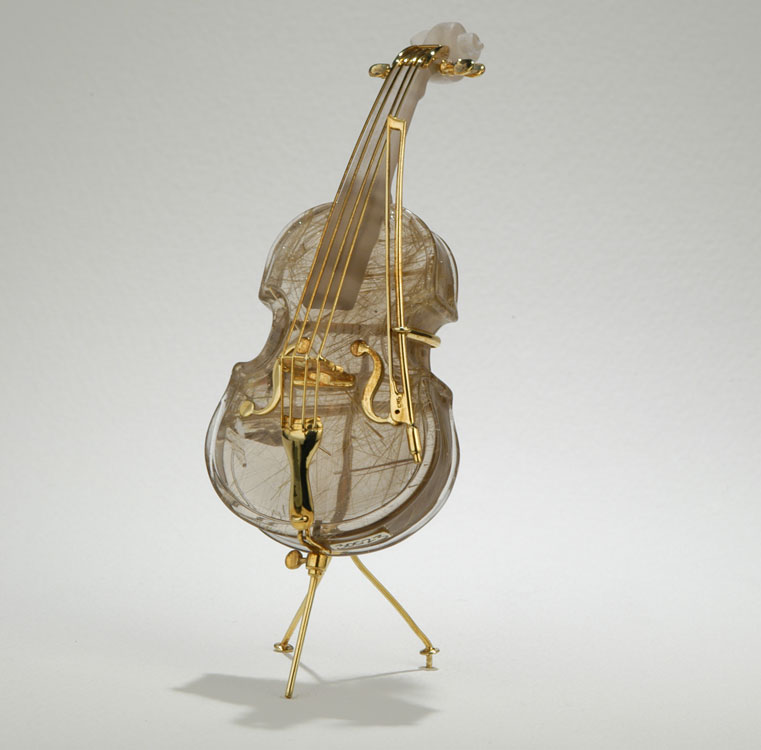 “Symphony in Gemstones,” a miniature, 21-piece orchestra carved of gem materials, was donated to the GIA Museum Collection by Art Sexauer, a longtime benefactor of the museum, in 2002.
Each instrument offers its own special characteristics, from the tourmaline violins and Persian turquoise trumpet to a lapis saxophone and a spectacular tiger-eye harp with 14K gold strings. The collection’s rhythm section is rounded out by three kettledrums made of black onyx and quartz and a grand piano that features a white quartz and black onyx keyboard
Sexauer’s idea for the “Symphony in Gemstones” came from a visit to the Tucson Gem and Mineral shows in in the early 1980s when he came across a crude gem carving of a guitar. He was instantly inspired to create an entire gemstone orchestra carved by the expert hands of German artisans in Idar-Oberstein.
Sexauer, who had already amassed an exceptional collection of tourmaline animal carvings, was well aware of the time and dedication assembling a miniature orchestra carved from gem materials would take. He commissioned master carver Lothar Herrmann and his partner David Hudson, who took one year to create the set, which is displayed on a three-tiered, white marble stage.
“Symphony in Gemstones” has been on display several times at the Tucson Gem and Mineral shows, as well as in museums across the United States. Sexauer believes the collection may be the only one of its kind in the world.
Sexauer, who’s had an appreciation for music since his childhood when he would listen to his father play the violin, says the symphony represents two of his favorite things.
“Music is beautiful and gemstones are beautiful,” he says. “If you put the two together the combination must surely be magnificent.”