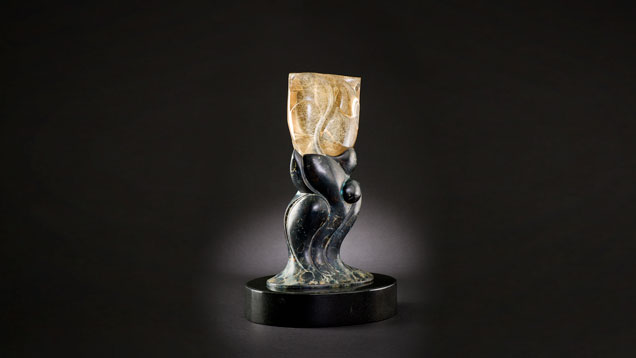 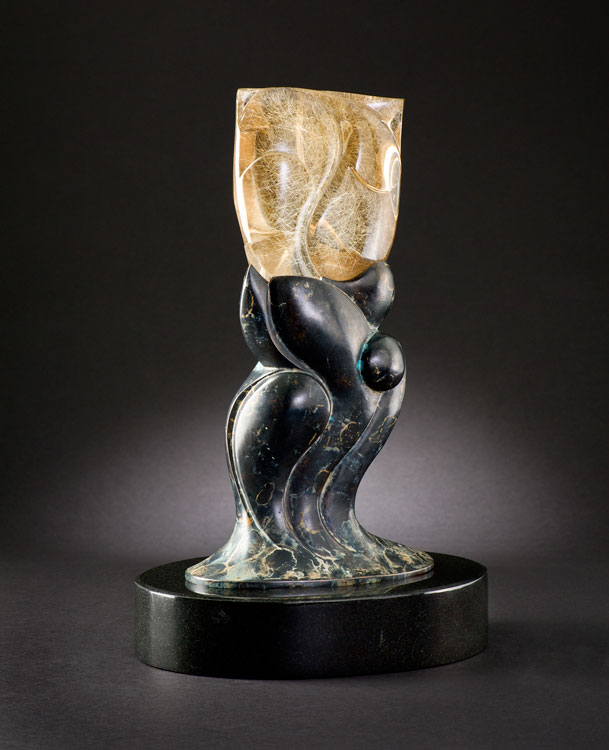 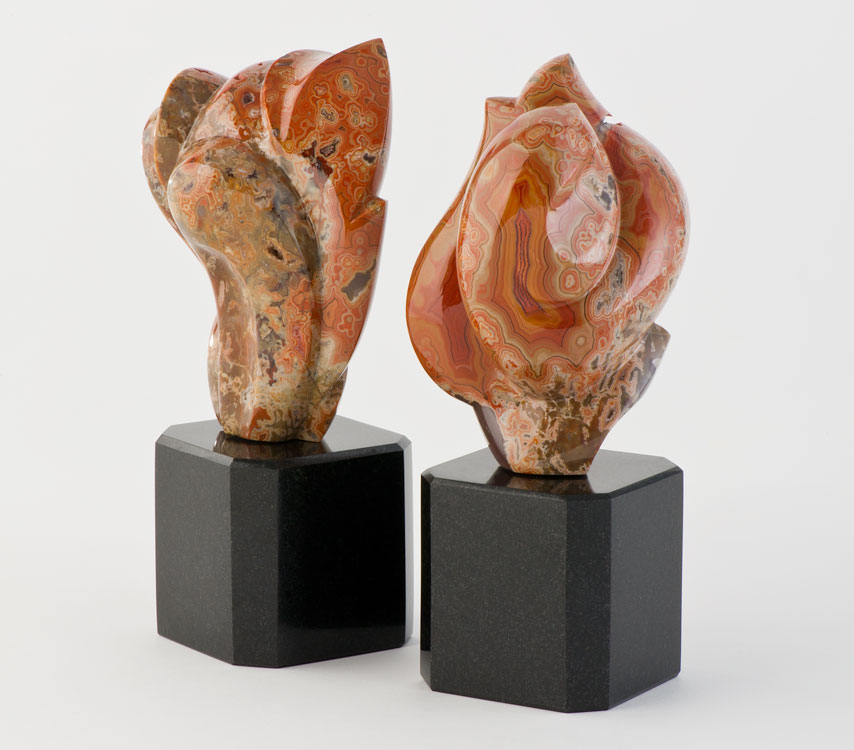 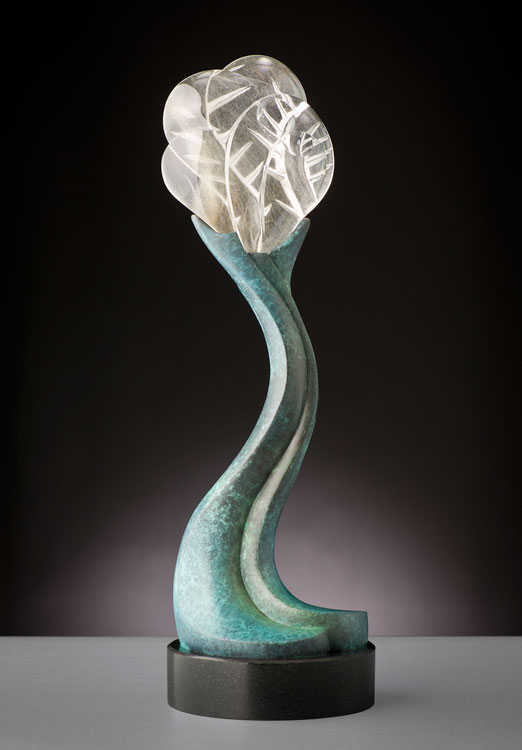 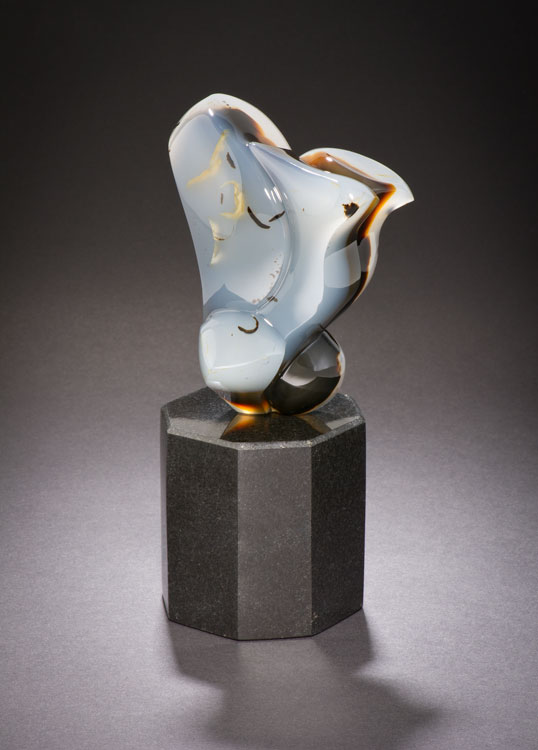 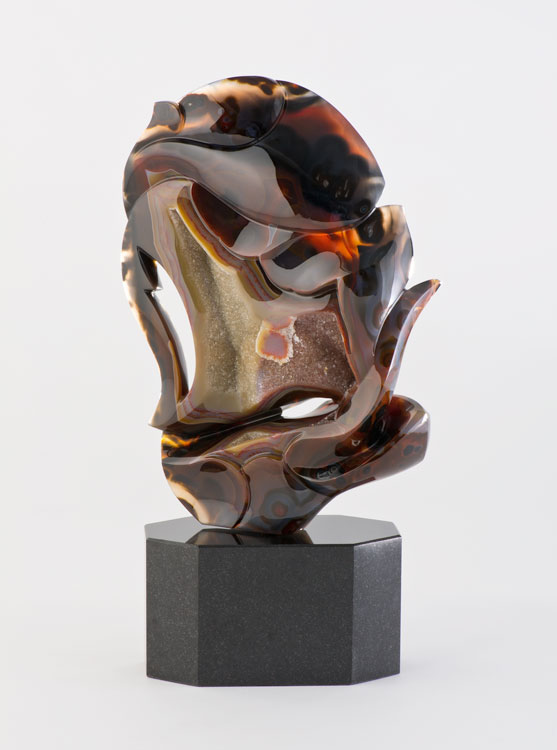 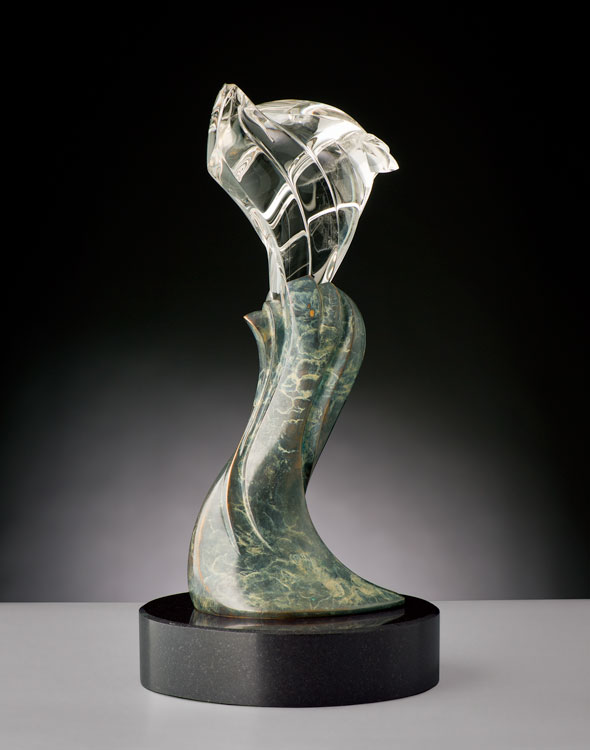 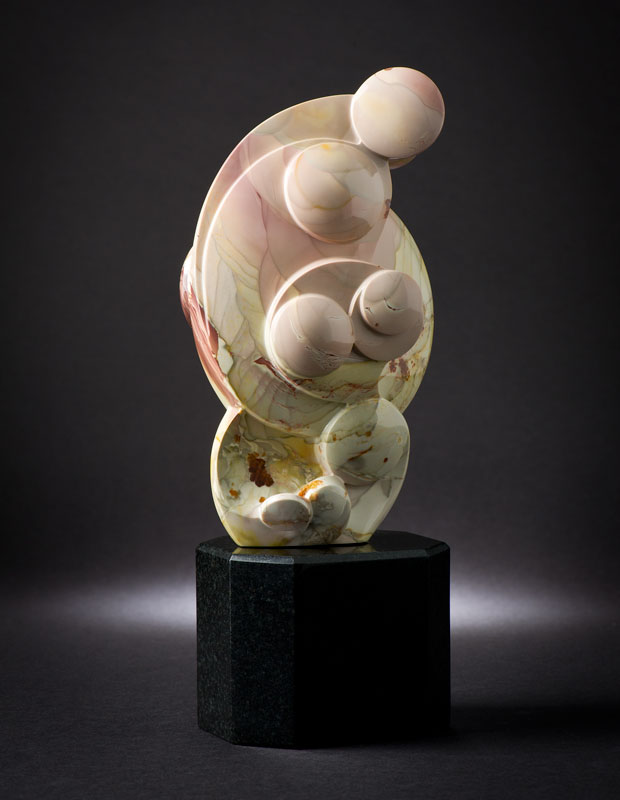 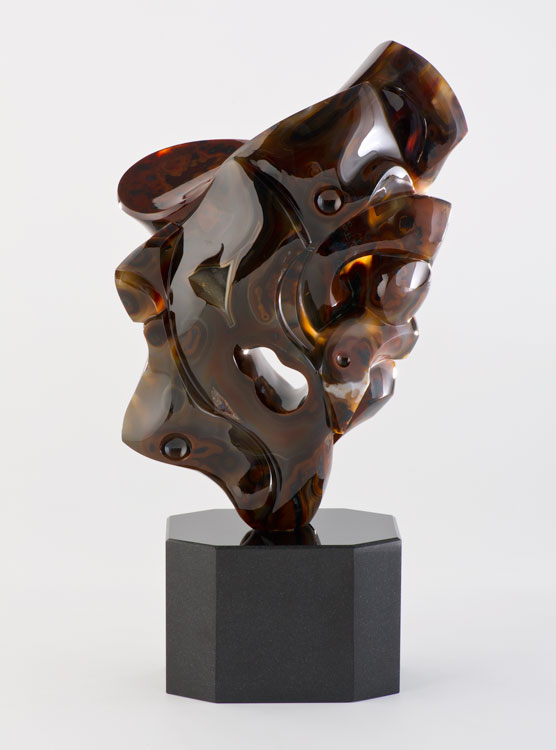 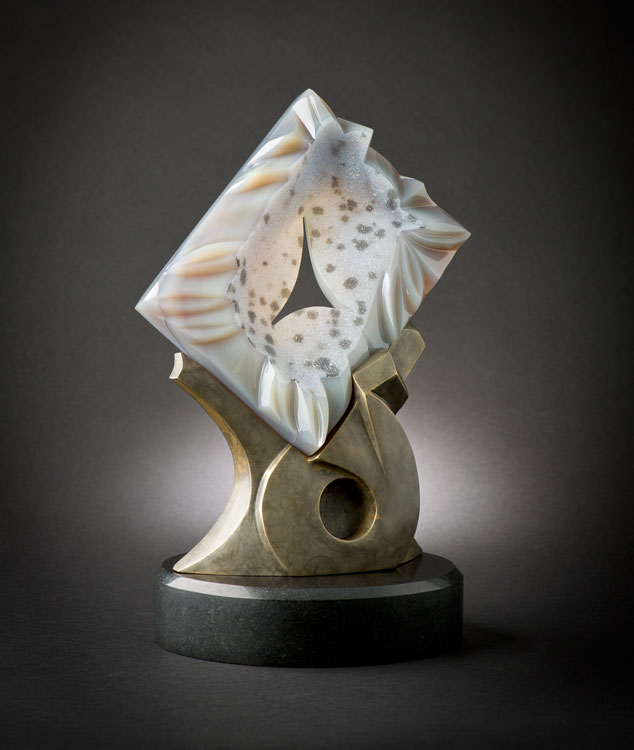 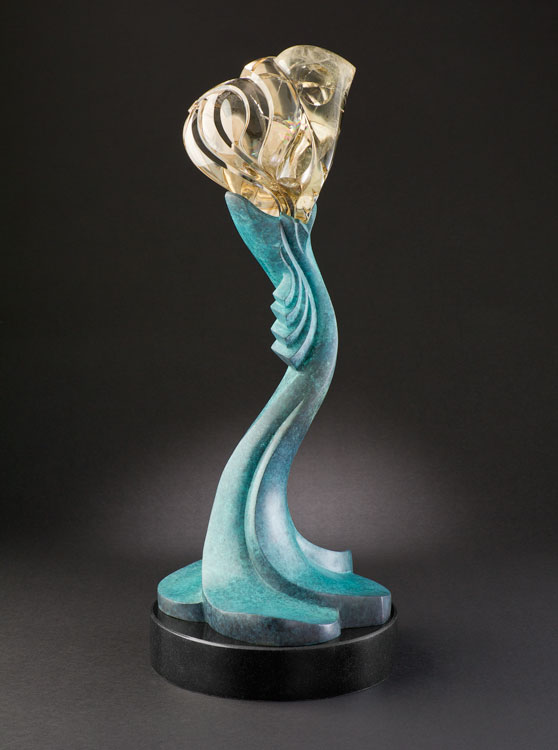 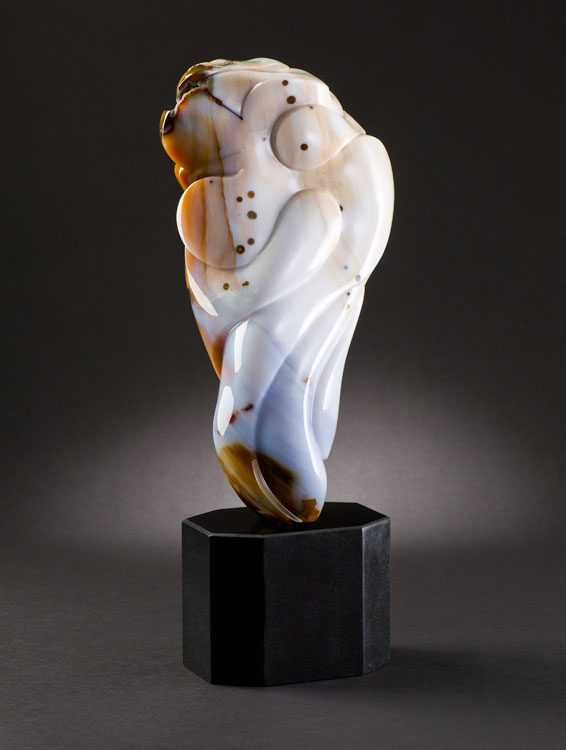 The display of Perry Brent Davis’s carvings of agate and gem quartz at GIA’s Carlsbad campus looks like a colorful seascape of otherworldly designs. Many float above sensuously curved bronze arms; others are grounded on sleek blocks of black granite. Each is carved and highly polished to showcase its internal features and patterns.
“I choose stones that exemplify the power of nature,” Davis says. He finds “some of the most beautiful, naturally colored minerals the earth produces” and turns them into works of art.
“This incredible medium forms my raw material – often there are natural crystal pockets and features that accentuate the simple form of my contemporary pieces,” Davis says. Several of the designs, for instance, reveal drusy-lined interior pockets that sparkle against the high polish of the exterior surface.
Davis, a graduate gemologist with three decades of experience in the gem and lapidary fields, moved to China from the U.S. in 2006 to pursue his interest in large gemstone carvings. He opened a studio and hired a team of traditional carvers. He and his team incorporate modern and ancient Chinese carving techniques into each piece.
The results are larger-than-normal gemstone sculptures that emphasize the rich colors, ornamental patterns and internal features in agate, rock crystal and jasper. Most of the design process takes place on the stone itself, Perry says, and is refined as the carving evolves. It can take 200 to 1,400 hours to complete a piece, but many fall in the 200-500 hour range.
“To get such amazing carvings in such large sizes is a feat,” says Terri Ottaway, curator of collections for the GIA Museum. “But then to carve and polish them so beautifully to bring out the intricate patterns is quite an accomplishment and rarely seen.”
Davis gets his rough pieces from mines in the U.S., Mexico, Brazil and Austrailia. He says that going to the mines is "like going to Las Vegas" unless he knows an owner is going to be there with rough. He says he has better luck at gem and mineral shows where there are large quantities at good prices.
Davis selects gemstones that are technically complex and require a vast array of diamond tools and other equipment to carve. Working on them requires a high level of technical ability and articulate workmanship, according to Nathan Renfro, a gemologist in GIA’s Carlsbad laboratory who is also a gem carver.
“From the captivating design to the quality of his workmanship,” Renfro says, “each piece Davis creates makes it clear he is a world-class artist and gem carver.”
About the Author