Not All That Glitters is Gold — Sometimes it is Mozambican Rubies

There was something striking about the talk, “A Decade of Mozambican Rubies,” that Wim Vertriest, head of GIA field gemology, gave at GIA in Carlsbad recently. It’s only in the past 15 years that there has been intense consumer scrutiny of gemstone origins. Previously, unless a stone was from a legendary locale, such as Kashmir for sapphires, origin was largely ignored.

Vertriest’s talk, however, dove deep into rubies from a new and lesser known locale — Mozambique — focusing on their mining history, characteristics and market demand. Throw in some tips on field gemology from GIA’s “viking” gemologist, Vertriest, and the talk was good as gold. 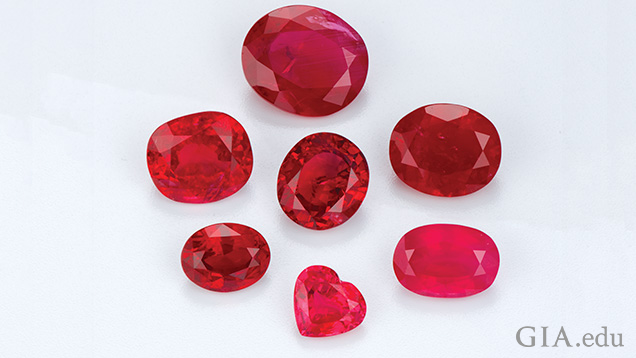 Mozambican rubies, unheard of a decade ago, have become the most common ruby in the international marketplace since their discovery in 2008. Mozambican rubies now make up a significant part of the rubies sold at major trade shows.

A group of garimpeiros, or mineral prospectors, mining in the bush surrounding Montepuez. Photo by Vincent Pardieu/GIA.

Timeline from Discovery to Present

2008 ‒ The first confirmed ruby is found at the Niassa Reserve, an area set apart for wildlife such as lions and elephants. Its protected status doesn’t stop artisanal miners from flocking to the site, however. Mining virtually ends in summer 2009 when water sources dry up and miners are forced to leave.

2009 ‒ Rubies are discovered next to a highway near the town of Montepuez. Tens of thousands of artisanal miners flock to the site. Within a year, international traders start acquiring rubies in the towns near the mines. Stones are brought to cutting and trading centers like Bangkok, making Montepuez the dominant source of rubies for the Thai ruby trade.

2020 ‒ In less than a decade, ruby mining has transformed from 100 percent artisanal to largely formalized. But even though several companies have set up large-scale ruby mining operations in Mozambique, there still remains many artisanal miners. 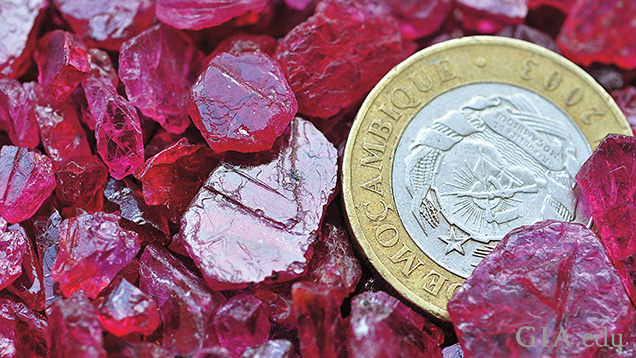 Maninge Nice-type rubies (here, up to 17 mm) are typically a deep red with strong fluorescence but also flat and highly-included. Photo by Vincent Pardieu/GIA.

Mozambique produces two main types of rubies: Maninge Nice (known as Bor Daeng in Thai) and Mugloto (Bor Som in Thai). The names of these terms come from the names of the most productive mines in the Montepuez area.

Maninge Nice rubies have brilliant color, intense saturation and strong fluorescence. But they also tend to be flat in shape and heavily-fractured, yielding smaller rubies when cut. Fractured stones are treated through flux healing to improve their appearance and durability. This process entails heating the stones in the presence of borax, which allows fractures to heal.

Mugloto rubies are bulkier in shape and have fewer fractures than Maninge Nice rubies. They tend to have darker tones and weaker fluorescence, however. Mugloto stones sometimes require heat treatment to remove blue overtones and give the stones livelier color. Detecting this low temperature treatment is challenging and often requires advanced instruments. 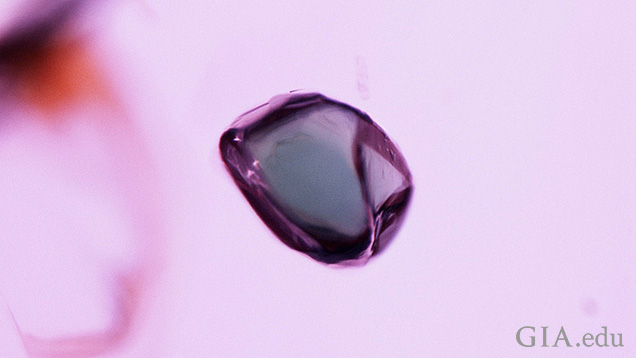 Vertriest’s expertise in rubies comes from years on the field with GIA, collecting research samples in Africa, Asia and Europe. Purchasing gems near its production site is the most foolproof way of ensuring that the stones GIA studies are actually from that locale. According to Vertriest, “if you don’t go, you don’t know.”

The most reliable samples are Type A, which are samples mined directly by the gemologist.“I go to the mine, hit a rock, 10-carat ruby comes out,” Vertriest said.

The other types of classification beyond that are qualified by how the gemologist collects them:

Most of the samples that GIA collects are Type D or E, supported by types A, B and C when available. The research done on these gemstones goes towards supporting GIA’s colored stone identification and origin reports. 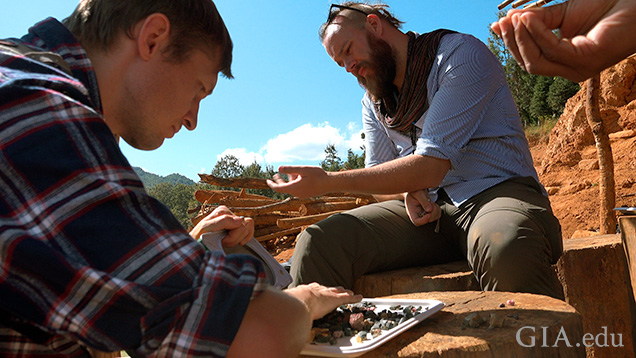 How to Become a Field Gemologist

Vertriest has a master's degree in geology with a focus in geodynamics and geofluids, a Graduate Gemologist degree from GIA and a diploma in gemmology from the Gemmological Association of Great Britain.

When asked by a student which degree is the most useful, however, Vertriest answered “common sense.”

“Field gemology isn’t a trade you just jump into,” he said. “It’s a trade that gemologists grow into through extensive travelling, asking the right questions and working on a research team or as a gem grader. An advanced degree in geology, chemistry or physics is also a must, since field gemologists are part of GIA’s research department.”

Vertriest’s tools of the trade include a loupe (indispensable, he said) and a gem torch, although he admits a flashlight or even a phone light might work just as well. Having a reliable source of light helps him determine the quality of a stone.

“Traders often sell rubies under pink umbrellas and sapphires under blue roofing; these conditions really enhance the appearance of stones and can make them look better than they actually are,” he said. “Having a torch (or a flashlight) also helps when examining gems in dim locations or when it’s dark out.”

When asked why he works at GIA, Vertriest answered that working for GIA opens many doors. It allows him to go to large scale mines and artisanal mining sites as well as gem trading offices to study rubies and other gemstones.

GIA is an incredible resource, he said. GIA’s lab and research departments host some of the field’s greatest researchers who are engaged in some of the most pressing gem issues of the time. In other sectors, field researchers have to rely on external analytical services and wait months for data. Because GIA has its own analytical department, however, Vertriest can request a complicated analysis in the morning and get results after lunch.

The gem trade is exciting when working with GIA, Vertriest said, but prospecting on your own can be “an incredible gamble.”

Series of Articles on Rubies from Mozambique

Rubies from Montepuez, in northern Mozambique, have dominated the Thai market, the world’s major ruby trading center, since the discovery of this deposit in the spring of 2009.

The world ruby market has undergone dramatic change in recent years, especially with the development of ruby mining in Mozambique. This contribution outlines GIA’s methods and criteria for establishing the geographic origin of ruby.