Luxury Firms Adjust to the Era of Diminished Opulence

Business at the March 23-30 Baselworld Fair was challenging for many exhibitors, even though luxury jewelry designers have been doing some serious rethinking and following the lead of the watch brands away from the blingy, gem-laden look to a more artistic approach. This was in evidence throughout the 2017 edition of Baselworld, which had its own clash with market realities this year.

Many fancy pink (including goods from Argyle’s three previous tender auctions), blue and yellow diamonds were available in the gemstone hall. Even the two largest Fancy Vivid violet diamonds in the market today were on display. In addition, a number of 10 carat-plus D Fl Type IIa diamonds; several Kashmir sapphires, ranging in price from $1 million to $7.5 million; and arrays of unheated Burmese rubies, including a necklace offered for $35 million, were spotted.

While the array of such rare gems is unmatched by any venue in the world, buying was spotty. Some exhibitors with established clienteles, who were offering fine quality goods in the more mainstream market, made their sales goals. Most exhibitors at the extreme top end struggled. Also, the buyer count continued to slide this year as Chinese buyers, who had been aggressive luxury consumers, showed up in fewer numbers, and investors looking to buy rare gemstones have become wary of lofty prices.

There were a variety of opinions as to why. Some felt that prices, which exceed $1 million per carat for fancy pink and blue diamonds, have peaked, making investors and extremely wealthy jewelry buyers reticent about buying. Others claimed that unsettled political and economic conditions in most major markets have made buyers skittish for the moment. Both camps, however, agreed that lowering prices on such goods was not an option because of the prices dealers had paid for such goods.

Luxury jewelry houses have adapted to the mood today, stressing craftsmanship and design innovation in addition to the gem-intensive lines they are known for.

De Grisogono, based in Geneva, introduced, among several newly-designed collections, a line of rings and pendants entitled “Crazymals,” which are quirky, amusing figures set with small diamonds, black diamonds and various colored gems.

The company’s founder, Fawaz Gruosi, acknowledged the changes in the luxury market, but stressed that collections like Crazymals have the same attention to detail as high jewelry pieces. “In this collection, a little animal is a very sophisticated piece of jewelry,” he said.

Another more traditional line is its India collection of necklaces and earrings featuring drop-shaped white opal, turquoise or onyx set in white gold and accented with diamonds set in a dense wild setting. As with the Crazymals, he pointed out the attention to craftsmanship that goes with each piece. Gruosi stressed that his company still does much of its business in very large diamonds – they sold a pair of 20 carat (ct) D Fl heart-shaped stones at the show.

“These (major gems) will always have an appeal, especially as a financial asset,” he noted. “If something happens, [owners] can take these pieces anywhere in the world.”

At this level – above eight million dollars – “You can only offer the absolute best and these goods are very, very difficult to find,” he said.

Ian Harebottle, CEO of Gemfields, which owns Fabergé, said artistry and craftsmanship are more important than ever in the luxury market.

“Large gems are becoming increasingly commoditized, so the way forward is to add value with craftsmanship and design,” he said.

He cited the fine art market: “Some paintings sell for hundreds of millions of dollars. How much are the pigment, canvas and frame worth? And the most expensive diamond ever sold got only a fraction of what these works of art sell for.”

Reena Ahluwalia, who created the Coronet by Reena diamond collection for Hong Kong-based Aaron Shum Jewellers, added another element. “The day when women dressed in formal attire wearing their jewels has passed for the most part,” she said. “Today they are less formal and want pieces that express their individuality that they can wear on the go.” 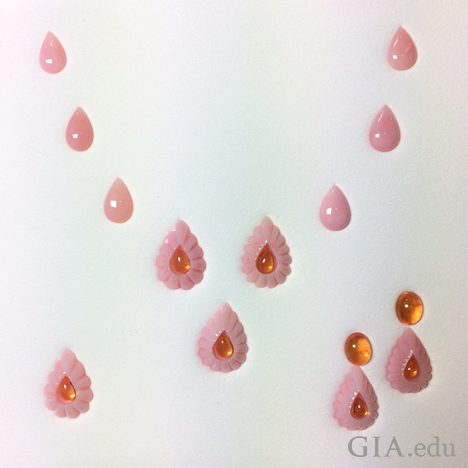 Like the luxury market, the Baselworld fair itself has had to adjust to the era of diminished opulence. Between last year’s fair and this year’s, nearly 15% of exhibitors (some 200) pulled out. Nearly all of the international section, except for the Hong Kong contingent, was gone, as were many major Italian jewelry houses that populated the “Brand” hall. Several former exhibitors who attended the show as buyers said the increasing expense of the show, which has risen dramatically following the $500 million refurbishment three years ago, coupled with declining sales, made it impossible to remain.

The fair created a special jewelry designers section with boutique-sized spaces for new and smaller companies in one of the large abandoned spaces, but with so many gaps in the exhibition areas, the decline was obvious.

Still, fair management held firm at a contentious press conference during the opening, saying most of the companies that left did not meet show standards. Baselworld management relented by the end of the fair, however, and cut two days from the eight day show next year, lowering exhibitor costs accordingly.

The April 4 sale of the 59.60 ct Pink Star diamond to the Hong Kong-based retailer Chow Tai Fook for $71 million ends a long chapter for this stone – the most expensive ever sold at auction. Originally known at the Steinmetz Pink, after the first owner and polisher of the diamond, Sotheby’s sold the GIA-graded Fancy Vivid pink diamond for $82 million at its November 2015 Hong Kong sale. The buyer defaulted four months later, however, and the auction house was obliged to buy in the diamond for a reported $70 million.

The diamond remained with the auction house until the April 4 sale. While this diamond now holds the price record for any gemstone, its per-carat price, $1.2 million, is half of what similarly graded diamonds have fetched in the recent past and less than one-third of the per-carat price of the previous record holder, the 14.69 ct Oppenheimer Blue that sold for just under $4 million per carat. 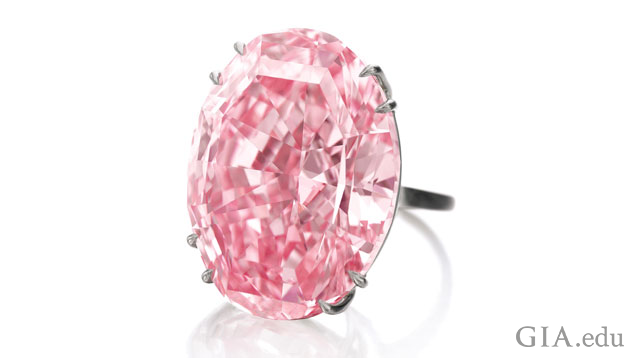 De Beers’ April cycle (sight) was valued at $580 million, significantly lower than the $660 million allocated at the April 2016 sale. The number may increase, however, as the company often sells goods outside the cycle system.

De Beers said demand for rough was strong following a positive Hong Kong show. The company held the line on prices and there was no word of clients declining or deferring purchases.