Pearl cultivation has been carried out for more than a century, with newer techniques supplying the trade with larger and more consistently round freshwater and saltwater pearls. While natural pearls are seldom perfectly round, their rarity makes them desirable nevertheless. The Lai Tai-An Gem Lab recently had the chance to examine a specimen that was purchased by the client as a “natural white pearl” (figure 1) while traveling in the Philippines.

Figure 2. Two fillings displayed a coarse appearance and lower luster that differed from the rest of the pearl. Photomicrographs by Lai Tai-An Gem Lab; fields of view 11.5 mm (left) and 8.6 mm (right).

We further analyzed the abnormal surface features to gather more data for future reference. DiamondView imaging showed a noticeable difference between the nacreous areas and the filled portions (figure 3). Raman analysis of the surface features revealed epoxy peaks at 635, 1108, and 1604 cm–1 and aragonite peaks at 1084 and 701 cm–1 (figure 4). These were consistent with results from FTIR reflectance spectrometry that showed calcium carbonate in the form of aragonite, with peaks at approximately 878 and 1484 cm–1. 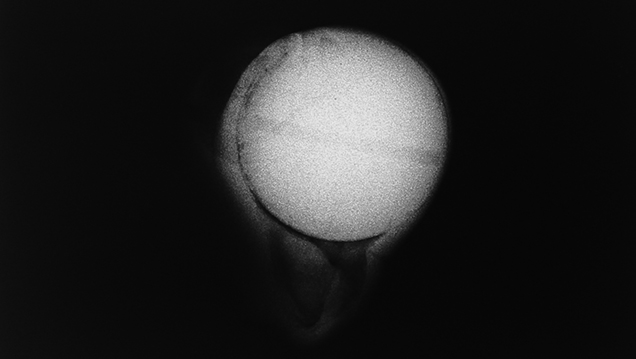 Figure 5. X-radiography proved this was a bead-cultured pearl. The filling was very shallow due to the presence of mother-of-pearl (not visible). Image by Lai Tai-An Gem Lab.

X-radiography (figure 5) proved this was a bead-cultured pearl with a pre-drilled nucleus typically used in freshwater pearl cultivation. The filling was very shallow due to the presence of mother-of-pearl (not visible). Energy-dispersive X-ray fluorescence (EDXRF) analysis detected higher levels of manganese, confirming the pearl’s freshwater origin. The result came as a surprise to the client, who was expecting confirmation of a natural pearl. Such coatings and fillings, which we have seen before, show the importance of obtaining a reliable laboratory report when purchasing such a large pearl.