In October 2016, a sapphire rush of an estimated 45,000 miners occurred at Bemainty, about 35 km east of Ambatondrazaka, Madagascar. Author VP was informed of the rush by Marc Noverraz, a Swiss gem merchant based in Ilakaka, Madagascar. According to Mr. Noverraz, some large, highly saturated blue sapphires were found at the rainforest site in late September. This attracted people from all over the island, as well as traders (mainly from Sri Lanka) who settled in Ambatondrazaka to buy gems.

Author RP gained access to the site from October 23 to 26. When she arrived, miners were working along either side of a river. The mining area was slightly more than 2.5 km long. The miners were digging for gem-rich gravels near the river or in the forest while washing took place in the nearby stream. The sapphires produced were mainly blue, varying from light to deep blue (figure 1). Many of the blue specimens were very slightly green; most were milky and would benefit from heat treatment. Particolored stones with pink/blue/colorless color zoning and pinkish orange sapphires (like those discovered at Mandraka near Toamasina in 2011) were also found.

This new rush area (figure 2) was clearly a secondary deposit. Miners had dug pits up to two meters deep in order to collect potentially gem-rich gravels for washing in the stream using hand sieves. Life at the mining site was very basic, with some people living in huts but most in makeshift tents under a plastic roof. There was no sanitation, and clean water was not available. While some police were present to keep the peace, it is now believed they took greater control of the area, and the number of active miners seems to have decreased. 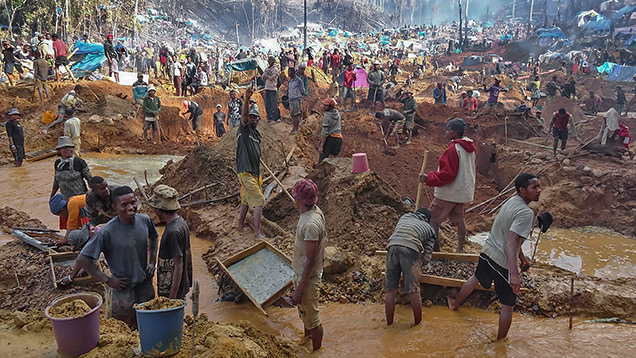 Figure 2. Thousands of independent Malagasy miners work the sapphire deposit in the rainforest east of Ambatondrazaka. Photo by Rosey Perkins.

Author RP accessed the site from Ansevabe, a one-hour journey from Ambatondrazaka by motorbike, though many people were reaching the area by tractor, bicycle, or on foot (an 11-hour walk from Ansevabe). On her return to Ansevabe, RP estimated a thousand people traveling toward the mine. In Ambatondrazaka, she saw blue stones from the rush weighing up to 75 ct. Fine, clean blue stones over 100 ct and some attractive pinkish orange stones over 50 ct were also reported.

As rubies and sapphires have been discovered fairly regularly in this region since 2000, a new sapphire find was not a huge surprise. The region is part of the Ankeniheny-Zahamena-Mandadia Biodiversity Conservation Corridor and Restoration Project, which consists of Ankeniheny, Zahamena, and Mantadia National Parks. The rush site is therefore a protected area. Several sources in Madagascar have reported that by early November the authorities had started to control the foreign buyers, though stones continue to emerge from the mine.

Rosey Perkins is an independent gemologist in London, and Vincent Pardieu is senior manager of field gemology at GIA in Bangkok.

Blue Sapphires From a New Deposit Near Andranondambo, Madagascar

Sapphires from the Andranondambo Region, Madagascar