Blue Sapphires From a New Deposit Near Andranondambo, Madagascar

In January 2016, author VP was informed by Nirina Rakotosaona (Societe Miniere du Cap, Madagascar) and Jack Mampihao of a sapphire rush in the south of the island near Andranondambo. The blue sapphires (figure 1) are reportedly from a primary deposit and similar to those produced near Andranondambo, the region that put Madagascar on the map as a world-class sapphire source two decades ago (D. Schwarz et al., “Sapphires from the Andranondambo region, Madagascar,” Summer 1996 G&G, pp. 80–99). Details emerged as miners returned from the rush in February. According to these firsthand accounts, the new mines are located near Vohitany, north of Tiramena (figure 2). They are only accessible by foot, and it takes about a day of walking from Tiramena to reach the area. 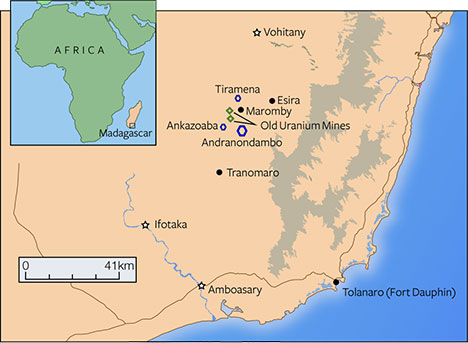 Figure 2. According to miners, the new deposit is located near Vohitany, north of Tiramena. This remote area is only accessible by foot.

The author’s contacts in Madagascar did not consider it safe to travel to that area, which is known to be a haven for bandits, called malaches or dahalo. In early February, the author learned from Karim Guerchouche (Premacut, Bangkok) that a 1 kg parcel of the new material had arrived in Thailand. The owner, Isaac Stern, wanted to perform some heat treatment experiments with Premacut. This offered us a chance to conduct a preliminary study of the material before visiting and collecting samples at the site.

Most of Mr. Stern’s parcel consisted of rough weighing between 1 and 4 ct. The largest stone was an etched crystal weighing nearly 15 ct (again, see figure 1). The parcel was composed of attractive, well-formed crystals still associated with kaolin. Out of more than 300 stones studied, only one showed some indication of weathering. This suggests that the material is from a primary deposit. The stones were euhedral transparent crystals with strong blue color zoning. Overall, the material was very similar to the specimens the author collected in Andranondambo and Tiramena during visits in 2005, 2008, and 2010.

Sixty-three stones from the original parcel (mainly clean and milky specimens) were selected for a heat treatment experiment. Fifteen other stones, most of which hosted inclusions, were studied at GIA’s Bangkok lab (figure 3). The study confirmed their similarity to GIA reference samples from Andranondambo; details will be published in a News from Research entry on the GIA website. 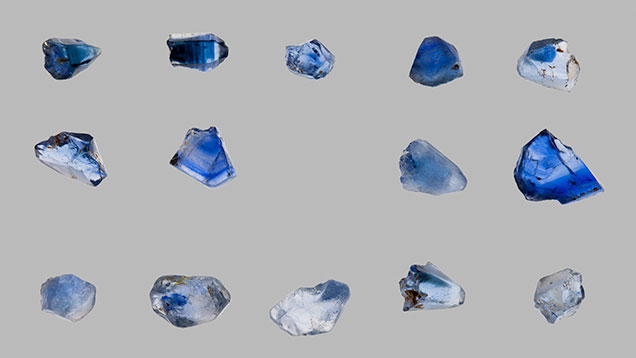 Figure 3. A detailed view of the 15 unheated samples selected for a preliminary study. The stones were placed on a light box and are seen here using bright diffused light. Under such conditions, the strong color zoning is obvious. Photo by Sasithorn Engniwat/GIA. 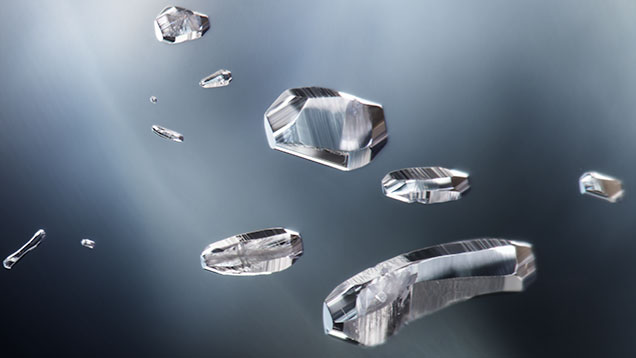 The heat treatment experiment was successful. The light-colored, slightly milky material turned into fine transparent, deep blue stones after heat treatment under reducing conditions for seven hours at approximately 1600°C. Most of the included stones broke during the experiment, probably due to the presence of negative crystals.

This exciting discovery suggests that the Andranondambo sapphire deposit is much larger than originally expected. The main challenges are the security issues and the nature of the deposit itself, as the rocks hosting the sapphires are very difficult to work.

Sapphires from the Andranondambo Region, Madagascar