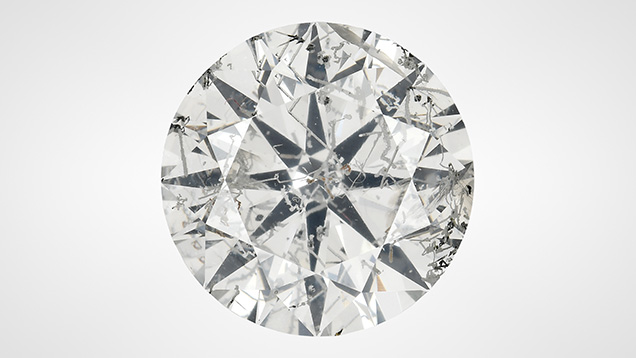 Figure 1. This 5.19 ct diamond with I color and I2 clarity displays numerous etch channels visible to the eye. Photo by Annie Haynes.

The authors recently examined a 5.19 ct type IIa natural diamond (figure 1) displaying numerous etch channels (figure 2). Etch channels are open tubes whose formation is related to dissolution processes within the stone. They form due to the dissolution of dislocations inside the crystal during or after growth and can result in various patterns; most commonly, they form as trigons or rarely as channels that appear as parallel lines, zigzags, or “worm-like” structures (T. Lu et al., “Observation of etch channels in several natural diamonds,” Diamond and Related Materials, Vol. 10, 2001, pp. 68–75, and references therein; Spring 2018 G&G Micro-World, pp. 66–67). Etch channels terminate at typically rhombic openings visible at the surface of the stone (Spring 2018 G&G Micro-World, pp. 66–67). The extensive network of etch channels in this diamond resulted in an I2 clarity grade. 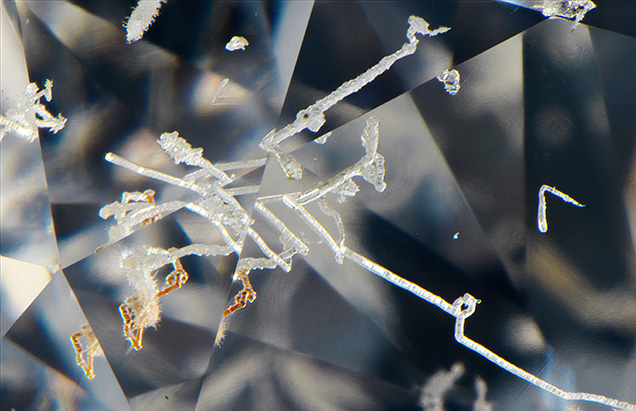 Figure 2. A network of natural etch channels gives this diamond a distinctive appearance. Most of the channels have a width of ~100–150 μm, while some (e.g., lower left) show evidence of brown radiation stains. Photomicrograph by Nathan Renfro; field of view 4.69 mm.

Figure 3. Left: False-color map showing the peak area intensity of the radiation-related TR12 center (ZPL at 469.9 nm); this 455 nm PL map was compiled from 18,768 spectra collected at 45 μm pixel size. Right: The false-color map overlain with a reflected light image of the table facet. Most of the etch channels seen in the false-color map correspond with an opening observed on the table.

Photoluminescence (PL) mapping using 455 and 532 nm laser excitation (figures 3 and 4) revealed an increase in the GR1, 3H, and TR12 centers along the walls of the etch channels; all of these centers are defects associated with radiation exposure. The nitrogen vacancy centers NV0 (zero-phonon line [ZPL] at 575 nm) and NV– (ZPL at 637 nm) were also concentrated along these channels. The concentration of these defects along the etch channels suggests that radioactive fluids once flowed through the tubes. The radioactive fluids had an impact on the areas in direct contact, creating elevated concentrations of radiation-related peaks. Other prominent PL peaks along the cavities were centered at 474, 598.75, and 461.5 nm. The radiation in these fluids would have been low enough to not create much observable staining, as patches of green to brown color associated with radiation staining were not observed in most of the etch channels. However, there were some isolated spots of green radiation stains and some channels with a brownish appearance (figure 2) and elevated concentrations of radiation-related features (figures 3 and 4). Additionally, the exposure to radioactive fluids must have occurred after the diamond was brought to the near-surface region following kimberlite eruption, as these radiation-related features would not withstand the high temperatures within the mantle.

Similar radiation features have previously been observed in another stone with cavities (Spring 2020 Lab Notes, pp. 126–127), but to a much lesser degree. The extensive network of etch channels within this diamond is one more example of the extraordinary possibilities within the natural world.

Taryn Linzmeyer is an analytics technician, and Sally Eaton-Magaña is senior manager of diamond identification, at GIA in Carlsbad, California.

Rare dissolution etch channels are seen in a natural diamond.