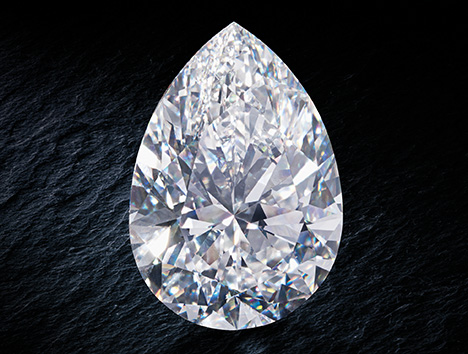 Figure 1. At 228.31 ct, the Rock is the largest white diamond ever sold at auction. Photo courtesy of Christie’s.

The De Beers Cullinan Blue was the early buzz of the spring 2022 auction season, with the 15.10 ct Fancy Vivid blue step-cut diamond far surpassing Sotheby’s presale estimate of $48 million. Bringing $57.5 million, the diamond was the largest of its color to ever appear at auction and also the third most valuable diamond of any color to sell at auction. (To read more about GIA’s examination of the De Beers Cullinan Blue, see Lab Notes in this issue, pp. 216–217.)

The season continued in Geneva, with Christie’s auctioning two diamonds weighing more than 200 ct each at the Magnificent Jewels sale on May 11, beginning with the largest white diamond ever sold at auction. Named the Rock (figure 1), the GIA-graded 228.31 ct, G-color, VS1 pear-shaped diamond sold for $21.9 million, or $96,000 per carat. The previous record holder for the largest white diamond sold at auction weighed 163.41 ct and was sold by Christie’s in 2017. 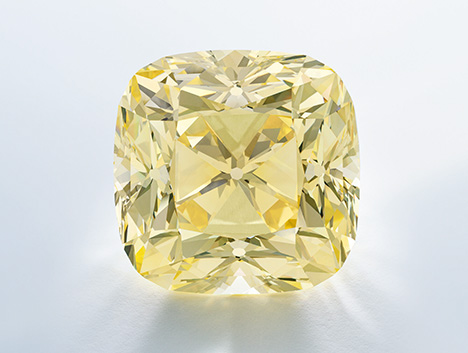 The second diamond, the Red Cross (figure 2), returned to Christie’s for a third time at auction. It was first sold at Christie’s in 1918 to benefit the British Red Cross during World War I. At 205.07 ct, the GIA-graded Fancy Intense yellow cushion cut fetched $14.3 million, or $70,000 per carat, after 11 minutes of competitive bidding, setting an auction record price for a Fancy Intense yellow diamond. A portion of the proceeds benefited the International Committee of the Red Cross. 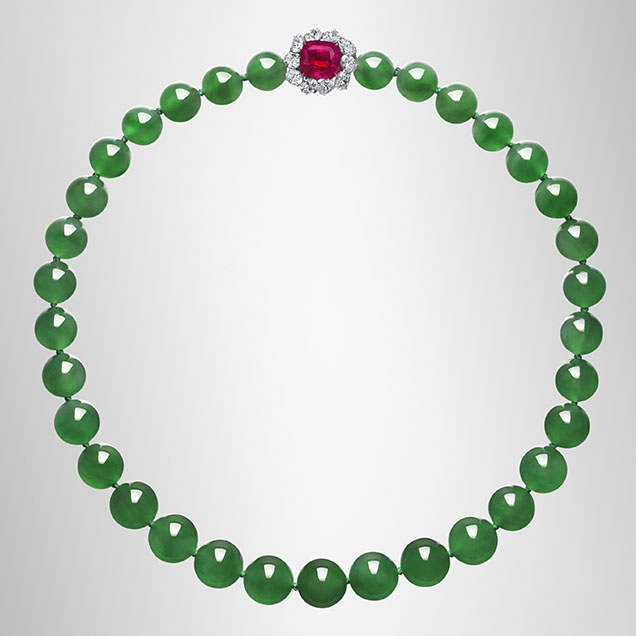 A jadeite necklace (figure 3) was the top lot at Christie’s May 25 Hong Kong sale, selling for $8.8 million after 11 minutes of bidding. The stunning piece features 33 perfectly round, exceptionally large jadeite beads ranging from 12.3 to 15.0 mm in diameter, with an 11 ct Burmese ruby clasp surrounded by oval brilliant diamonds.

Figure 4. The 103.49 ct Light of Africa diamond sold for an impressive $195,000 per carat at Christie’s Magnificent Jewels sale in New York. Photo courtesy of Christie’s.

In June, the focus returned to diamonds at Christie’s final Magnificent Jewels auction of the season in New York. The 103.49 ct Light of Africa (figure 4), the fifth most valuable colorless diamond ever offered at Christie’s, surpassed its presale estimate of $18 million, with the winning bid coming in at just over $20 million—an incredible $195,000 per carat. The GIA-graded emerald-cut type IIa diamond was cut and polished from a 299 ct rough stone unearthed from the Cullinan mine.

Erica Zaidman is the editorial coordinator for Gems & Gemology at GIA in Carlsbad, California.