Since February 2017, rumors of a newly discovered sapphire deposit in northern Ethiopia have been circulating in the trade. In June, one of the authors (SB-L) visited the mining area, located in the country’s Tigray region. The city of Aksum (or Axum), about 35 km south of the Eritrean border, is used as a base for gem merchants. Mining and trading is concentrated around the town of Chila, about 25 km northwest of Aksum. Based on the literature, the alkali basalt field that produces the sapphire stretches into Eritrea, although no sapphires from that area have reached the market. Several sites are active, and about 5,000 miners were working the deposits. All of the deposits are secondary in nature and have yielded rounded crystals. The majority of the rough (figure 1) weighs 2–3 grams, but crystals over 50 g have been reported; the larger ones are usually cracked. Heat treatment experiments are being conducted in Chanthaburi (Thailand) and Beruwala (Sri Lanka) to see how the material reacts. It is estimated that 5–10% of the sapphires do not require heat treatment.

At the end of April, the first parcels started to arrive in Bangkok, and GIA was able to study selected samples donated by author SB-L. The color of the crystals ranged from dark to light blue, and many contained fine rutile particles. Some stones had a trapiche-like pattern. The stones occasionally exhibited a green or yellow color, sometimes combined with blue in bicolor sapphires. All of the sapphires studied by GIA showed strong blue-green pleochroism. The main inclusions were intersecting twinning planes (figure 2), along with crystals, fingerprints, tubules, and bands of rutile particles (figure 3). 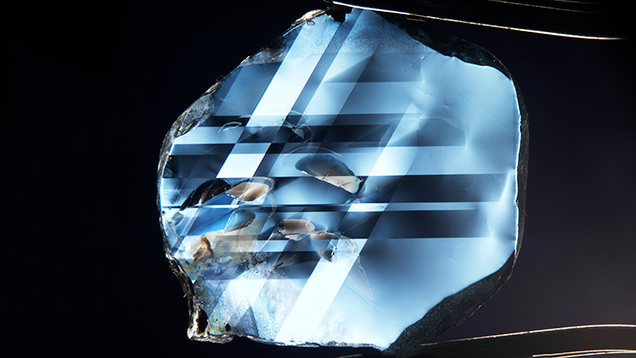 Figure 3. Left: An unidentified crystal surrounded by a fingerprint. Many particles and fine wispy fingerprints can be seen throughout the stone in darkfield lighting. Center: Intersection tubules associated with different types of fingerprints, shown here in fiber-optic lighting, were always found in the twinning planes of the Ethiopian sapphires. Right: Bands of particles seen with fiber-optic lighting. Photomicrographs by Victoria Raynaud; fields of view 1.20 mm (left), 3.60 mm (center), and 1.44 mm (right).

TKTrace-element analysis using laser ablation–inductively coupled plasma–mass spectrometry (LA-ICP-MS) was performed on two samples. On each stone we measured 12 spots: six in a clean area and six in a particle-rich area. The clean areas from both stones showed very similar chemical composition, and the same was observed for the particle-rich areas. The compositional ranges of both stones, presented in table 1, clearly show that the chemical concentrations are different between the clean and particle- rich areas. None of the areas contained enough natural Be or Cr to detect with LA-ICP-MS. All samples showed a high Fe concentration. While Ti content was higher than Mg concentration in both areas, the particle-rich areas showed elevated levels of titanium (table 1). The UV-Vis-NIR spectrum shows a broadband around 860 nm, which is typical of basalt-related sapphires (figure 4). 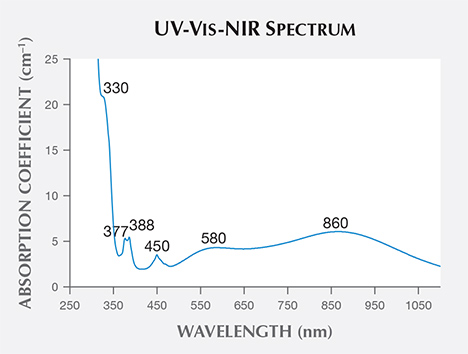 Starting in May, many Sri Lankan dealers have traveled to Ethiopia to buy this material, causing steep price increases in local gem markets. All of the mining around Chila is artisanal, but large volumes of sapphire have been mined in a short time span. Time, and the results of the heat treatments, will show the viability of this deposit. 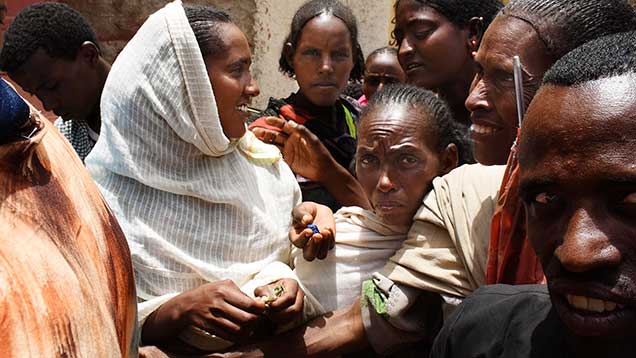 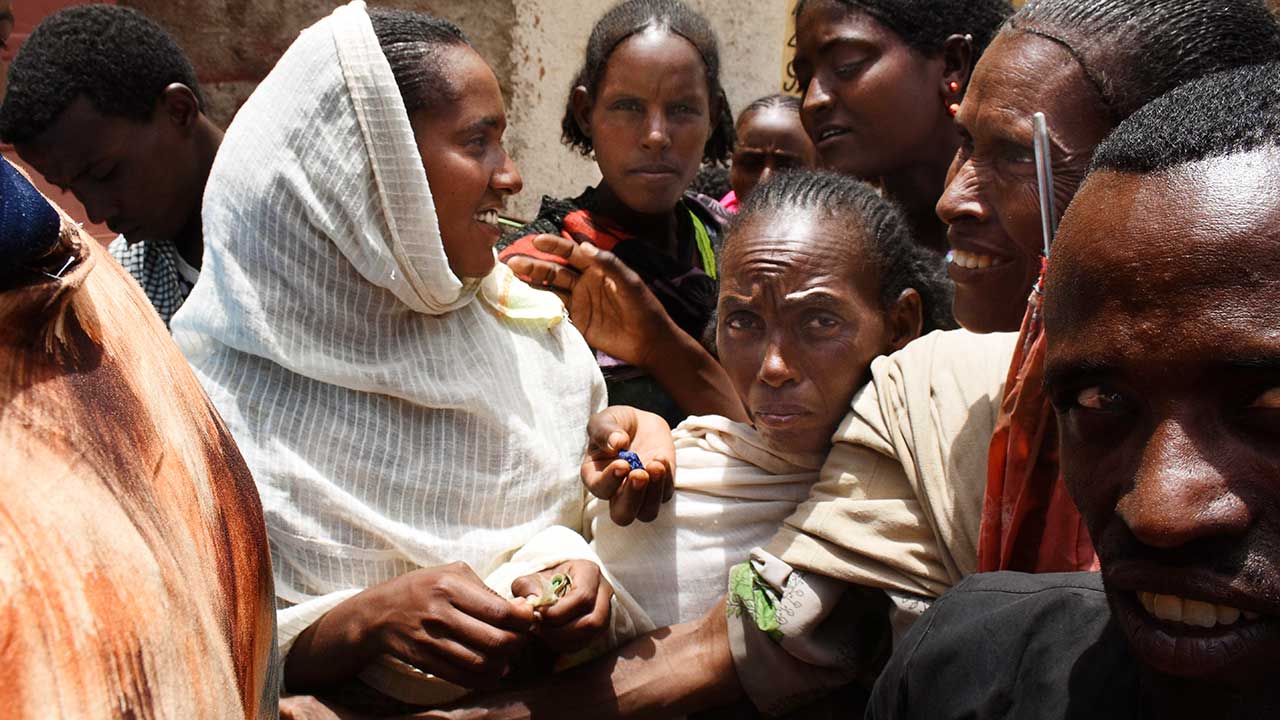 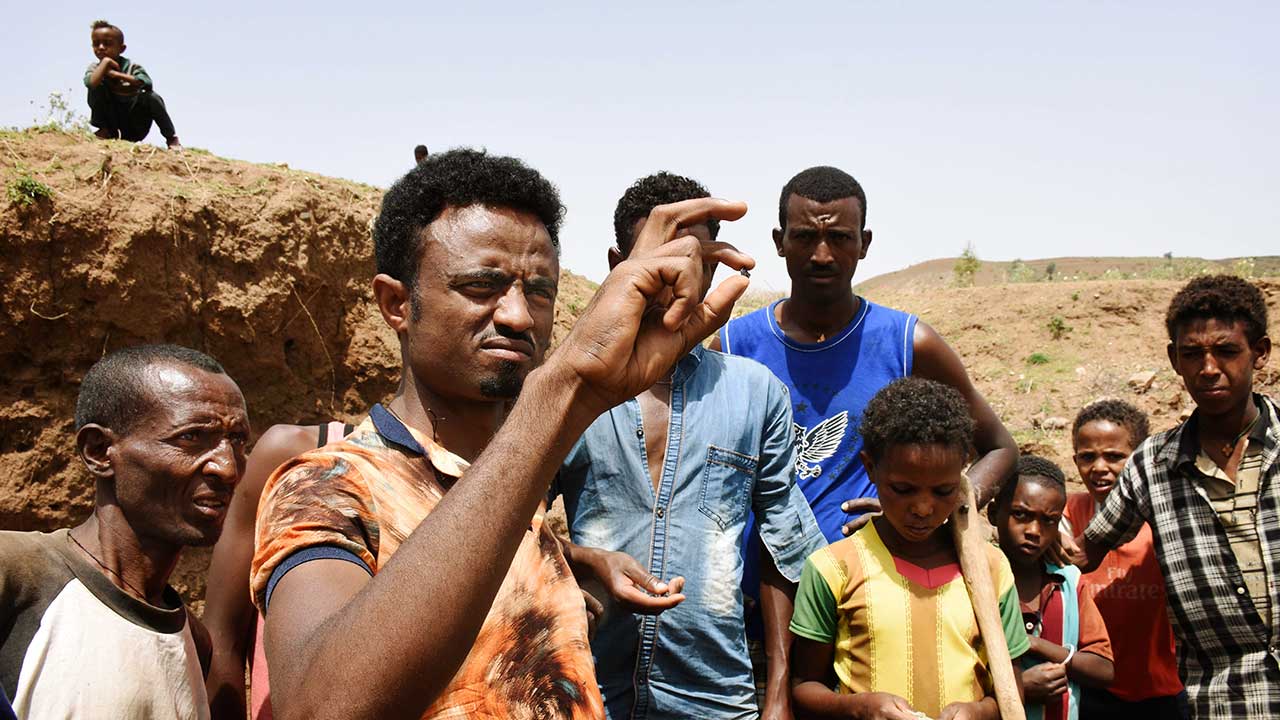 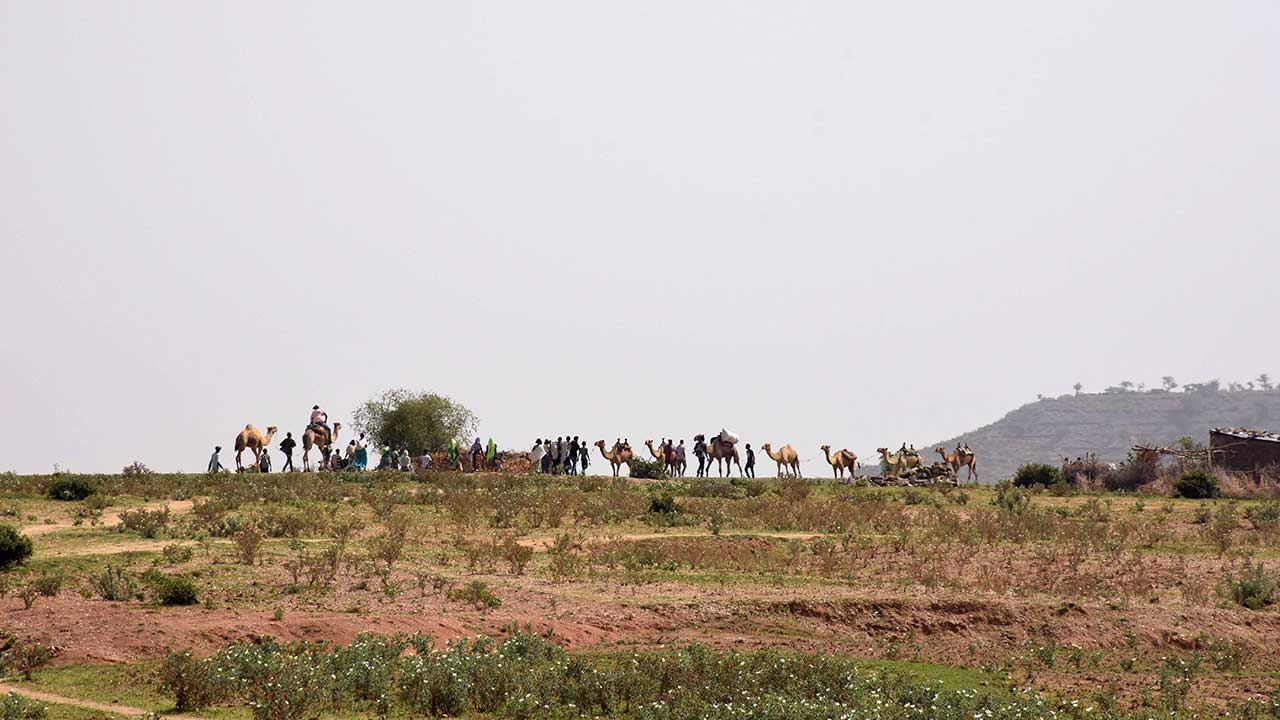 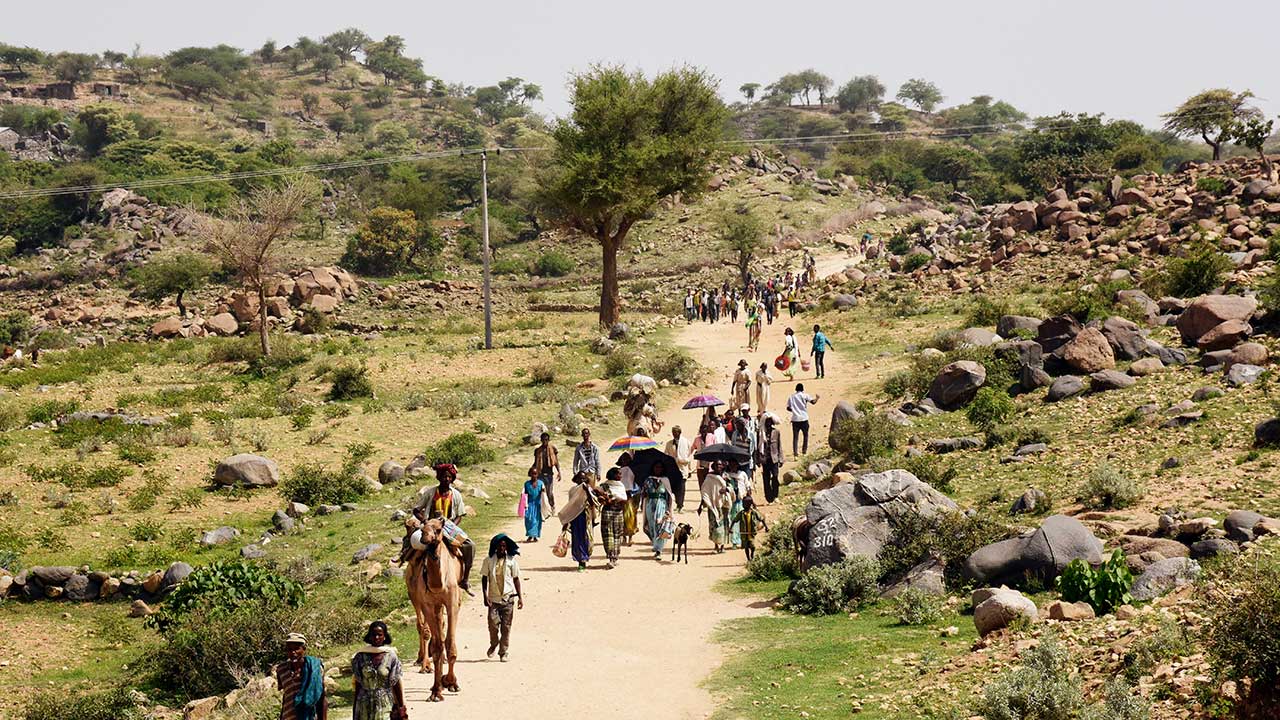 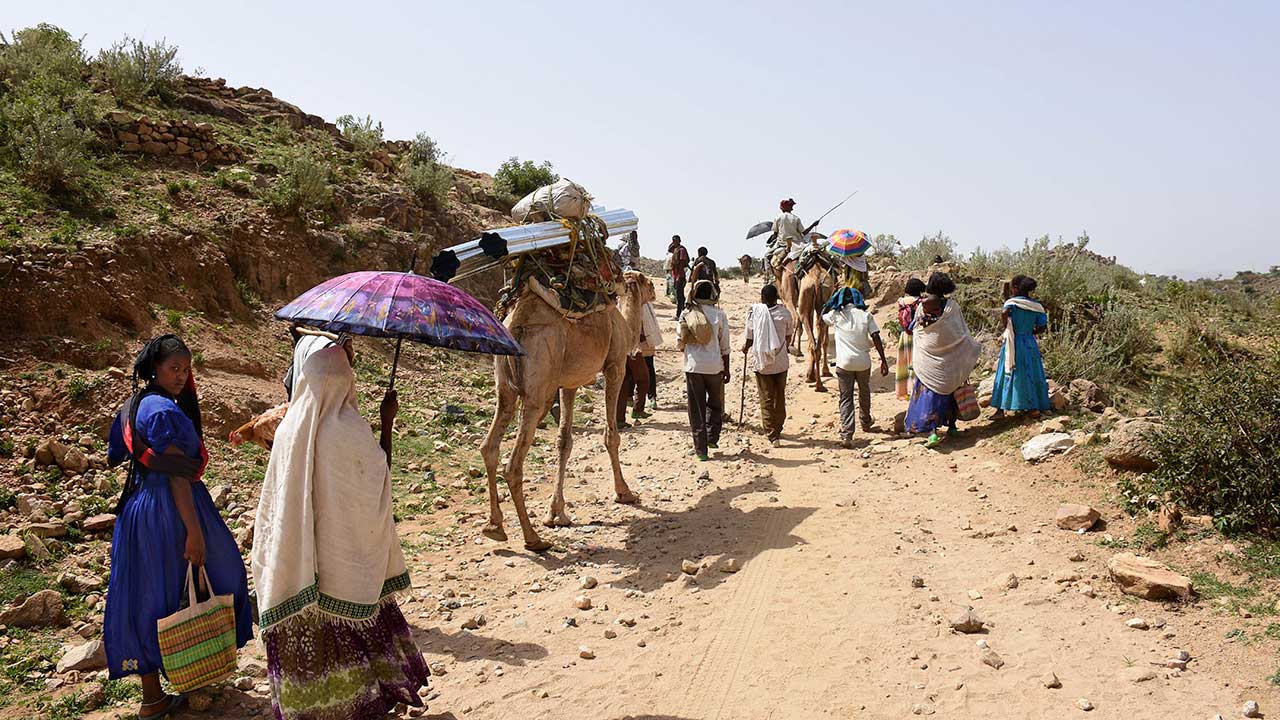 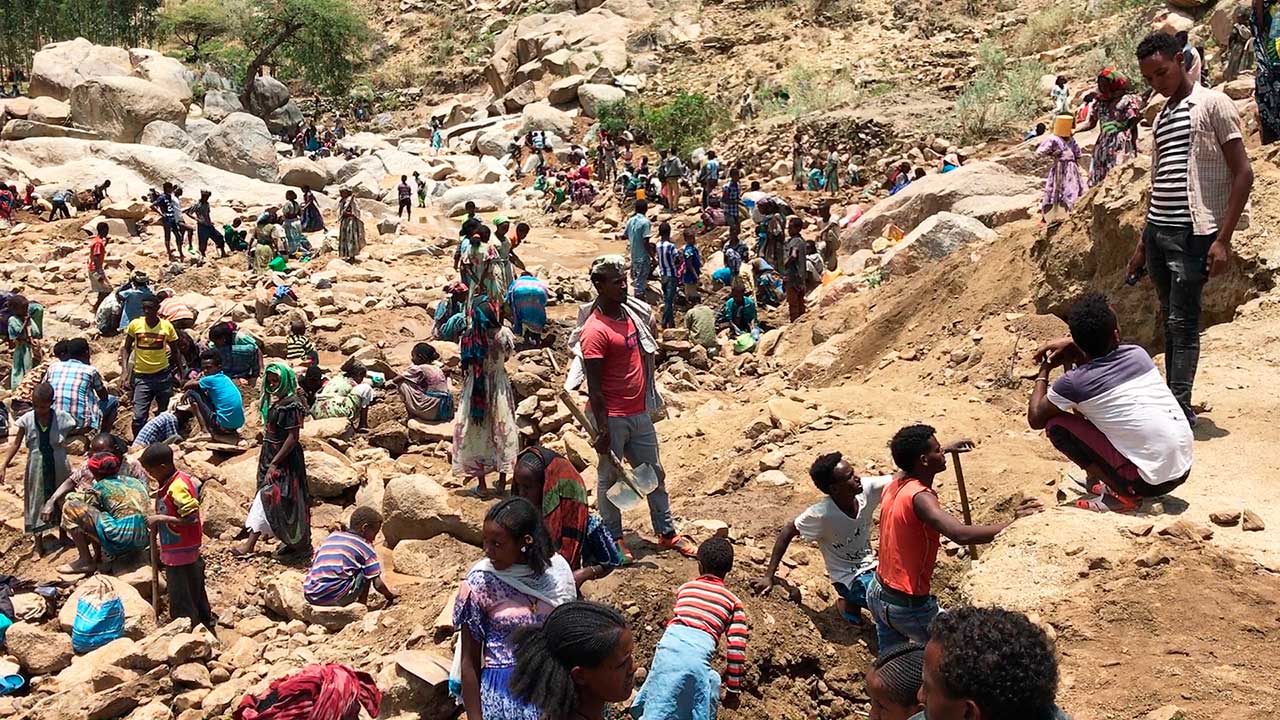 Wim Vertriest is a supervisor of field gemology, Vararut Weeramonkhonlert is a colored stone analyst, and Victoria Raynaud is a trainee analyst at GIA in Bangkok. Simon Bruce-Lockhart is an independent gemologist in Chanthaburi, Thailand.