The nitrogen-vacancy (NV) center is produced in nitrogen-bearing diamond through the combination of a single nitrogen atom and a vacancy. It can exist in neutral (NV0) and negatively charged (NV–) states. Using photoluminescence (PL) spectroscopy, NV centers can be detected by the occurrence of zero-phonon lines (ZPL) at 575 nm for NV0 and 637 nm for NV–. In natural type IIa diamonds, the emissions of NV centers are usually weak, and the relative intensity of NV0 (575 nm) is typically stronger than that of NV– (637 nm). As a result, the vast majority of natural type IIa diamonds show blue fluorescence, attributed to the occurrence of defects such as N3 or dislocations, when excited by the short-wave UV radiation of the DiamondView. Recently, however, the Bangkok laboratory examined a natural colorless type IIa diamond that showed very bright red fluorescence due to high concentrations of NV centers.

This 0.40 ct round brilliant diamond received a D color grade and an SI1 clarity grade based on surface-reaching fractures at the girdle and on the pavilion (figure 1). The infrared absorption spectrum confirmed a type IIa diamond with no measurable defect-related absorptions. Microscopic examination with cross-polarized light revealed a relatively strong tatami strain pattern with a weak interference color (figure 2). Further examination with the DiamondView showed that this stone exhibited an unusual red fluorescence (figure 3), similar to that of nitrogen-doped CVD synthetic diamonds. However, the DiamondView images revealed dislocation networks of typical natural type IIa diamond along with a tree-ring growth pattern, which is very rare for natural type IIa diamond but typical for natural type Ia diamond. 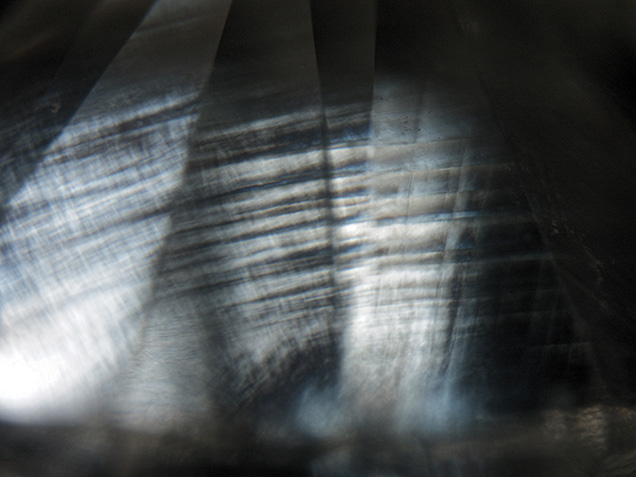 Figure 2. Viewing the diamond under cross-polarizing filters revealed a tatami strain pattern with a weak interference color, a characteristic of natural growth. Photo by Charuwan Khowpong; field of view 3.1 mm.

In order to detect any possibility of treatment, we employed PL spectroscopy at liquid nitrogen temperature with several laser excitations. With 514 nm laser excitation, the PL spectrum revealed very strong emission peaks from NV0 (575 nm) and NV– (637 nm) (figure 4). This is very rare in natural type IIa diamonds. The higher intensity of the NV0 emission was observed. For this diamond, short-wave UV excitation close to 230 nm was very effective in exciting fluorescence from the NV–, which has a ZPL at 637.0 nm and its strong side bands at longer wavelengths. Due to the relatively high concentration of the NV– defect, strong red fluorescence was observed. 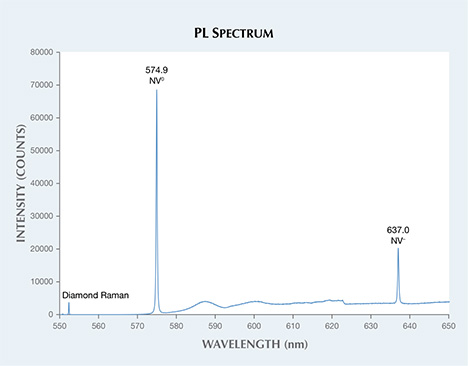 Figure 4. The photoluminescence spectrum at liquid nitrogen temperature using 514 nm laser excitation displayed strong emission peaks at 575 and 637 nm due to NV0 and NV– centers, respectively. In natural type IIa diamonds, the intensity of NV centers is usually weaker than the diamond Raman peak at 552 nm.

Both spectroscopic and gemological features clearly indicated a natural diamond. The excellent color and the red fluorescence, which is rare for a natural colorless type IIa diamond, make this a notable stone.

Wasura Soonthorntantikul is a staff gemologist at GIA in Bangkok. Wuyi Wang is GIA’s director of research and development at GIA in New York.