The Dubai Central Laboratory recently examined an asteriated blue oval cabochon that weighed 24.58 ct and measured 17.37 × 14.61 × 9.59 mm. The client submitted the sample for an identification report and origin determination.

The cabochon appeared to be completely transparent, evenly colored, and clean. Fiber-optic lighting revealed two sharp, six-rayed white stars with long, straight arms of equal length. The stars seemed to float over the dome surface with internal reflection from the base, very similar to those typically seen in synthetic star sapphires (figure 1).

Standard gemological testing established the following properties: spot RI—1.76; pleochroism—distinct light green and bluish violet (viewed parallel to the girdle); hydrostatic SG—3.98; and fluorescence—inert to both long- and short-wave UV radiation. No characteristic absorption spectrum was seen with a desk-model spectroscope; a faint absorption band was observed at about 560 nm. These properties were consistent with sapphire, though the sample did not show the Fe line at 450 nm commonly seen in natural blue sapphire. Observation of the cabochon immersed in water with diffused transmitted light revealed shallow coloration and a colorless circular area of repolishing (figure 2). This suggested that the specimen owed its color to a diffusion process. The melted appearance of the cabochon’s base confirmed that it had been subjected to the heat required for diffusion treatment. Microscopic examination showed only a few small melted fingerprint-like inclusions near the surface, and very fine oriented needle-like inclusions confined to a shallow layer below the surface (figure 3). No curved color banding or angular color zoning was present. Higher magnification indicated that the oriented needles were approximately 5–25 microns long. Further examination with immersion in methylene iodide between crossed polarizers, viewing parallel to the optic axis direction, uncovered the distinct Plato lines strongly indicative of Verneuil synthetic origin. 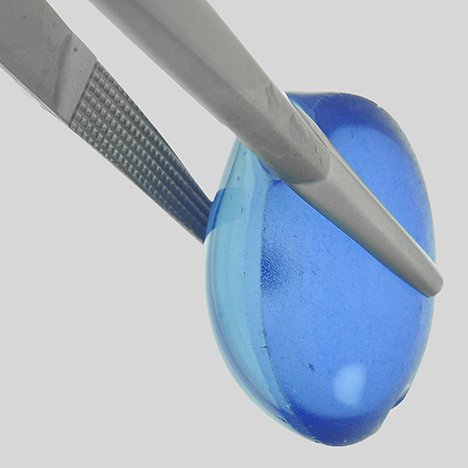 Figure 2. Immersed in water and viewed with diffused transmitted light, the star cabochon showed shallow coloration with a colorless circular area of repolishing. This feature, along with the melted appearance of the base, indicated that the color and asterism had been produced by a diffusion process. Photo by Sutas Singbamroong. 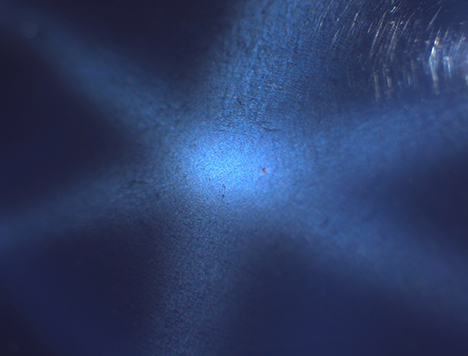 Figure 3. Very fine oriented needle-like inclusions causing the star were confined to a shallow layer below the surface. Photomicrograph by Sutas Singbamroong, magnified 25×.

EDXRF chemical analysis revealed traces of Ti, Fe, and V; no Ga, Cr, or other trace elements were detected. Unoriented UV-Vis-NIR absorption spectroscopy showed two broad bands, one centered at about 330 nm due to Fe3+ ions, and one with maxima at about 565 nm due to Fe2+-Ti4+ intervalence charge transfer (figure 4). No Fe3+-related sharp bands at approximately 375, 390, and 450 nm were seen. 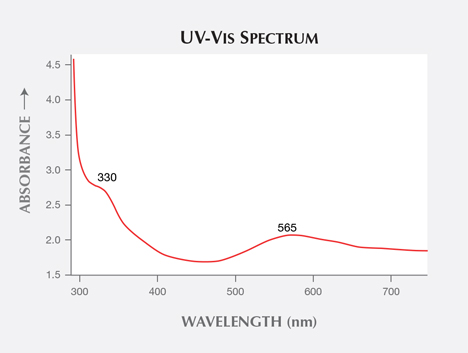 Figure 4. An unoriented UV-Vis-NIR spectrum of the diffusion-induced star synthetic sapphire exhibited two broad bands centered at about 330 and 565 nm, the latter of which is typically responsible for sapphire color.

This combination of properties and features indicated that colorless synthetic sapphire was used as a starting material, and both the color and the asterism were produced by a diffusion process.

Sutas Singbamroong (sssutas@dm.gov.ae) is a senior gem specialist, Nazar Ahmed is a principal gemstone analyst, and Nahla Al Muhairi is a technician in the Gemstone Unit of the Dubai Central Laboratory, United Arab Emirates.

A hexagonal boundary, usually found in natural material, is observed in a synthetic star sapphire.