Formation of the “Matryoshka” Diamond from Siberia

A freely moving diamond trapped inside another diamond was discovered in Siberia by Alrosa in 2019. The unusual diamond, nicknamed the “Matryoshka” after the traditional Russian nesting dolls, attracted widespread interest in how this feature formed. 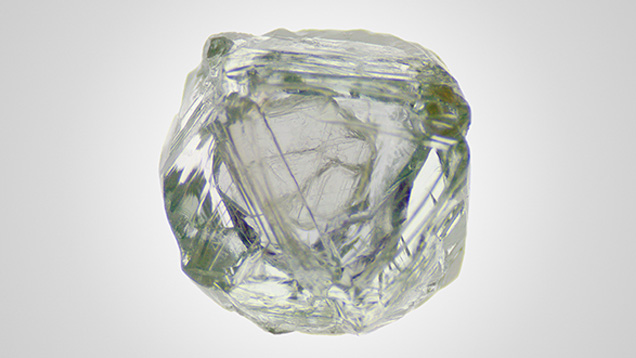 Figure 2. The small, flat diamond crystal enclosed in the cavity showed a hexagonal outline. The surface of the small diamond was covered with groups of parallel straight striations following the diamond crystal symmetry. Photo by Towfiq Ahmed.
Mobile diamond inclusion in the Matryoshka diamond

The 0.62 ct flat octahedral diamond, a twinned macle, was recently examined by the New York laboratory. Flat-bottom trigon etch pits were well developed on the face {111} (figure 1). The crystal showed a clear green bodycolor, with small dark green radiation stains in shallow fractures along the edges when viewed from the top of the crystal. Two etch channels on opposite sides of the edges had rectangular openings about 0.2 mm in width. The channels extended into the internal enclosed cavity. These features made this diamond unique. Trapped in the cavity was a small, flat diamond crystal with a hexagonal outline. The small diamond, covered with some green radiation stains on the surface, is entirely detached from its host crystal and can move freely inside. The surface of the small diamond was covered with groups of straight parallel striations following the diamond crystal symmetry. No etched trigons were observed on the surfaces of the small diamond (figure 2). Except for tiny foreign-material contaminations at the two entrances of the open channels, no other inclusions were observed in this crystal (figure 3). 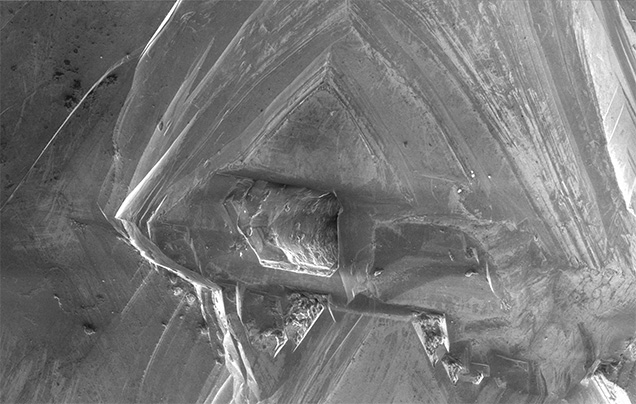 Figure 3. An open channel about 200 μm in width connected the internal cavity with the outside. Image by Elina Myagkaya.

Absorption spectroscopy in the infrared region indicated a type Ia diamond, with high concentration of aggregated nitrogen. A moderately strong absorption at 3107 cm–1 from the N3VH defect was also observed. More detailed analysis of selected areas with and without the small internal crystal showed almost identical spectral features, confirming that the small crystal is a diamond with nearly identical trace element chemistry as the host. The UV-Vis absorption spectrum collected at liquid nitrogen temperature (–196°C) showed clear absorptions from the N3 defect (ZPL at 415 nm) and GR1 (ZPL at 741 nm). These spectral features are typical for a natural type Ia diamond, except for the strong GR1 absorption, which is attributed to irradiation. Occurrence of the small dark green radiation stains revealed that this diamond was naturally irradiated. Under various laser excitations at liquid nitrogen temperature, photoluminescence spectroscopy showed emissions at 911, 787, 741 (GR1), 700, 535, 503.5 (3H), 489, and 468 nm. Absence of emission from the H3 defect (N2V, ZPL 503.2 nm) indicated that the diamond crystal was not annealed to any elevated temperature after being naturally irradiated.

X-ray computed microtomography (μ-CT) scanning and analysis revealed some very interesting observations. First, the small internal crystal showed the same intensity of X-ray absorption as the host diamond supporting the conclusion that the small crystal is a diamond. Second, CT technology can accurately compile the morphology of the internal cavity through stacked imaging. The cavity showed a flattened octahedral shape, composed of two octahedron crystals of parallel growth. The crystal habit of the void, an extremely important observation of this study, strongly indicated that the open cavity was originally occupied by another diamond crystal instead of other mantle minerals. Once crystallized in the earth’s mantle under very high pressure, it is not possible for a diamond crystal to have any internal open space. Other mantle minerals such as garnet, olivine, or pyroxenes will show entirely different crystal habits. Finally, volumes of different parts of this crystal were calculated. The external crystal was 33.16 mm3 in volume (0.58 ct), while the internal small crystal had a volume of 1.51 mm3 (0.03 ct). The total calculated weight of 0.61 ct is very close to the actual weight of 0.62 ct (excluding the contaminations at entrances of the etching channels). The volume of the open cavity was 5.99 mm3, equal to 0.11 ct of diamond originally occupying that space. Based on these calculations, the total initial weight of this crystal would have been about 0.72 ct.

In summary, this diamond crystal was initially a solid diamond without the cavity when it formed in the earth’s mantle. Due to chemical heterogeneity in trace element chemistry or sub-micro inclusions/structure (such as those fibrous diamonds), the middle part of the diamond crystal (now represented by the void) was selectively dissolved during interactions with special type(s) of melt/fluid after its crystallization. About 0.11 carats of diamond dissolved through the two small open channels that created the pathway for the internal cavity. The host diamond and the small internal diamond crystals were inactive or less active to the melt/fluid and consequently survived. Fluid with radioactive elements responsible for the green bodycolor and formation of radiation stains would have been the last step in decorating this crystal. Special chemistries and interactions with multiple types of melt/fluid subsequent to its initial crystallization led to the formation of this unique diamond in Siberia.

Nathan Renfro and John I. Koivula