At their AGTA booth, Avant Mining (Jessieville, Arkansas) displayed an unexpected material: turquoise from Polk County, Arkansas. According to owner James Zigras, this is the only gem-quality turquoise deposit in the U.S. located outside the Southwest. Calibrated goods and specimens ranging from blue-green to greenish blue were on view (figure 1). Also at the booth was a 245 lb. boulder unearthed in 1982 and polished in 2018 by Michael Beck (Copper Canyon Lapidary & Jewelry, Sedona, Arizona). The boulder, shown in figure 2, is the largest known American turquoise nugget. 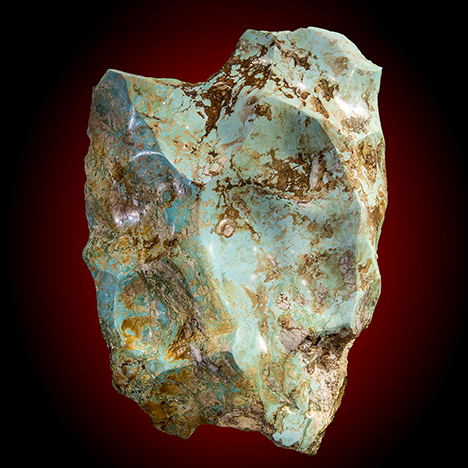 Figure 2. This 245 lb. boulder of turquoise, removed from the Polk County deposit in 1982, is the largest known American turquoise nugget. Photo by Robert Weldon/GIA.

The source was first mined from 1978 to 1986 under a previous owner, but the material was likely sold as Southwestern turquoise. During these years, there was too much competition in the market for stabilized turquoise, and activity eventually ceased. In 2017, Zigras bought the previous owner’s estate, which included two tons of turquoise rough, and restaked a claim on the original mining site. He expected the source to yield planerite and was surprised to find that the material was close to ideal for the turquoise end member of the planerite-turquoise solid solution series. In January 2018, a test trench was worked for seven days. In that time, the deposit produced approximately 1,000 lbs. of turquoise and an old mine shaft was uncovered. Veins are located about 10 feet below the surface (see video below). Quartz crystals and wavellite are also found in the deposit.

Turquoise Veins
The veins of turquoise are close to the surface of the Arkansas deposit, as seen in this short video.

Zigras indicated that the turquoise is impregnated but not dyed. Independent testing at GIA confirmed impregnation; no evidence of dye was detected on the samples. Zigras plans to submit the material for Zachery treatment, a process designed to improve the polish and color of turquoise. It will be interesting to see this source’s output in the coming years.

Jennifer-Lynn Archuleta is editor of Gems & Gemology. Nathan Renfro is the manager of the gem identification department and microscopist in the inclusion research department at GIA in Carlsbad, California.

The Identification of Zachery-Treated Turquoise

Over the last 10 years, millions of carats of turquoise have been enhanced by a proprietary process called the Zachery treatment.