At the Gem and Jewelry Exchange (GJX), we caught up with gem artist Alexander Kreis (Sonja Kreis Unique Jewelry, Niederworresbach, Germany). As we’ve noted in previous Tucson reports, theirs is a family business: father Stefan buying the rough, mother Sonja designing the jewelry, and Alexander cutting the gems. Alexander and Sonja showed us a new ring (figure 1) set with a spectacular 27.20 ct vivid blue freeform tanzanite (figure 2). He explained that he had recently traveled to East Africa seeking a singular piece of gem rough to inspire an exceptional jewelry piece. He found his inspiration in Tanzania with a 65 ct rough tanzanite of remarkable color and clarity. 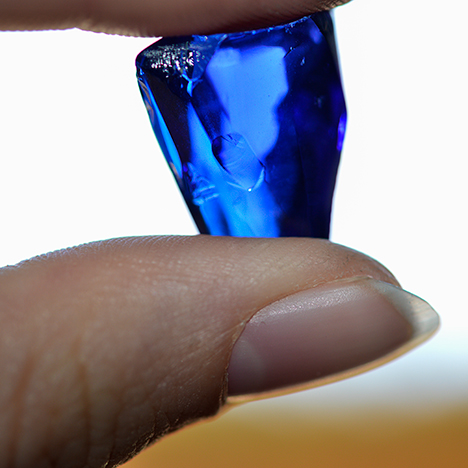 Figure 2. The gem was cut from a 13 g rough tanzanite of remarkable color and clarity. Photo courtesy of Sonja Kreis Unique Jewelry.

Even with such a top-quality piece, Alexander cautioned that success is never guaranteed. Unlike baseball—where you get three chances—with cutting, it’s “one strike and you’re out!” He added that the gem can never be its best if the cutter misjudges and makes it too flat. For this one-of-a-kind rough, classic cutting styles such as oval or cushion shapes might be counterproductive if too much weight is lost getting proportions right or if the deep blue color is lost.

For Alexander, cutting is an “intuitive adventure” in which it might take months to place the first facet. The finished stone is a nonsymmetrical shield shape with a mixture of large and small facets that catch the light and create a strong sense of movement. According to him, cutting a freeform allows more reflections so that the gem will exhibit maximum sparkle and display the best possible color from the rough.

Alexander & Sonja Kreis - Kreis Jewellery
In this video, master cutter Alexander Kreis and his mother Sonja, the firm’s goldsmith, explain the design of the extraordinary 27.20 ct tanzanite and the ring specially fabricated to complement it.

The facet dimensions govern the size of the reflections from the gem’s surface, and a series of grooves on the base of the gem running at right angles to the facets on the top create sharp angles, heightening the sense of movement and drama (figure 3). For Alexander, this represents not just the movement of the earth, but also the volume of material the workers had to shift to recover the gems. 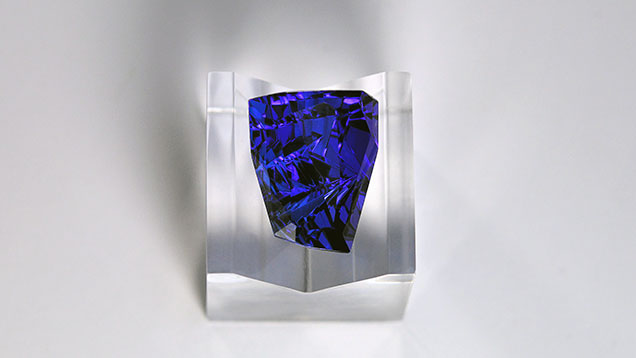 Figure 3. Angled grooves on the base of the 27.20 ct freeform tanzanite create a dramatic sense of movement. Photo courtesy of Sonja Kreis Unique Jewelry.


He reminded us that mining in Merelani is a challenge, taking place at depths of up to 3,900 ft (1,189 meters). Miners can only work for short periods due to temperatures reaching 122°F (50°C), and they must take regular breaks in designated cooling areas.

As a goldsmith and jewelry designer, Sonja follows a 500-year family tradition. She explained that it’s not just attributes like size, shape, and color that drive the design of a jewelry piece to complement the stone. She normally starts thinking about the jewelry design when Alexander completes the stone, noting that it can change substantially from the rough crystal to the finished piece.

When Sonja saw the finished cut tanzanite, still wet from the wheel, she held it and examined it from every angle in front of a mirror to get a feeling for the gem and for the best type of jewelry mounting to accompany it. It’s not just the size and shape that influences the gem, she noted, but the story behind it, too. This aspect is increasingly important for clients who like to buy into the romance and unique attributes of a jewelry piece. In this case, the rose gold on the mounting represents the heat the miners endure to recover the gems at depth in the mine, while the white gold cradling the tanzanite stands for the designated cooling areas where the workers have a chance to recover. The diamonds along the edges of the center gem symbolize the many stones that have been moved out of the way to reach the tanzanite. The branching metalwork in the galleries at each end of the mounting represents the air that must be pressed into the mine depths to sustain the miners. The little trail of melee diamonds around the curve of the ring’s shank adds a final touch of elegance to a significant piece with a large center stone.

Sonja also shared with us a striking ring centered on a 28.21 ct freeform Oregon sunstone from the Dust Devil mine (figure 4). The organic outline of the mounting complements the smooth contours of the gem, which rests in an 18K rose gold “cup.” The cup is highly polished to reflect light back through the gem and amplify its rich orange color. The gem itself is shot through with an array of glittering copper particles that catch the light and add to the piece’s allure. 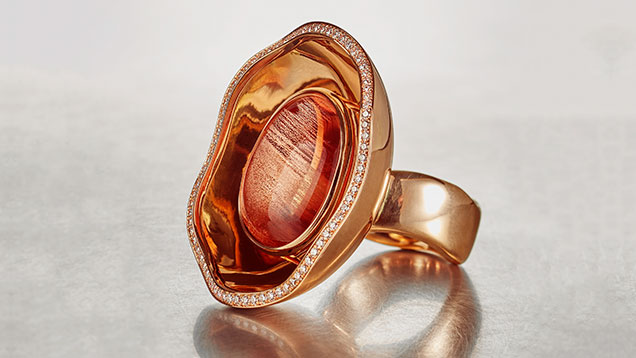 Figure 4. A 28.21 ct freeform Oregon sunstone from the Dust Devil mine is the centerpiece of this ring. Photo courtesy of Sonja Kreis Unique Jewelry.
About the Author