A notable purple non-nacreous pearl (figure 1) recently submitted to GIA’s New York laboratory measured 13.69 × 11.80 mm and weighed 16.64 ct. It was immediately recognizable as an outstanding specimen due to its clean surface, which possessed an attractive sheen reminiscent of fine porcelain. It had good symmetry, featuring a near-round button shape with a perfect dome top and a rounded base, and a richly saturated and well-distributed mid-purple color. 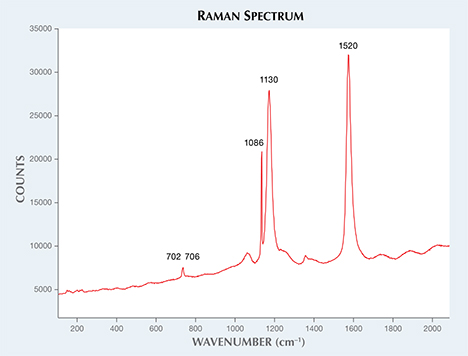 Figure 2. The quahog pearl’s Raman spectrum showed the typical aragonite peaks seen in most pearls, together with 1130 and 1520 cm–1 peaks related to a natural coloring compound.

Quahogs are native to the Atlantic shores of North America from Canada to Georgia, especially on the coast of the New England states, and can also be found along California’s Pacific coast. They can produce non-nacreous porcelain-like pearls, and their shells typically exhibit an uneven white and purple interior color (figure 3). Quahog pearls may occur in a variety of colors ranging from white to brown and from faint pinkish purple to dark purple. Like other natural pearls, quahog pearls are rarely spherical. Button shapes with flat bases are most often encountered. 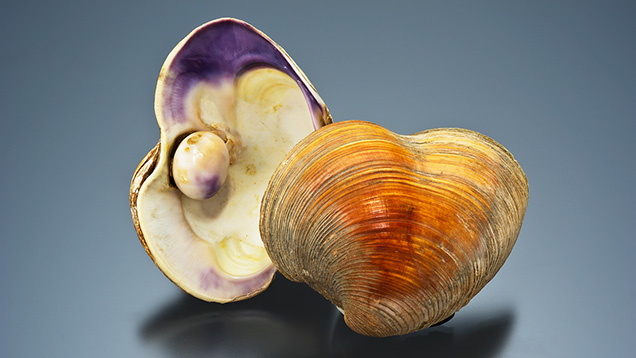 Figure 3. This quahog shell from the eastern coast of the United States has a naturally attached pearl. Photo by Robert Weldon.

Natural northern quahog pearls are often submitted to GIA labs. Most are below 10 carats with a flat-based button shape, usually with a dark or light purple color, and tales of their accidental discovery while eating clams are not uncommon. This quahog pearl’s large size, clean surface, fabulous luster, near-round shape, and evenly distributed rich color combine to make it an exceptionally fine and rare example of its type.