Recently, the Carlsbad laboratory received a 33.73 ct green octagonal step cut showing strong color zoning (figure 1). The gem cutter skillfully placed a thin green color zone in this emerald along the pavilion facets so that the stone would appear uniformly green when in a face-up position. Standard gemological testing revealed a refractive index (RI) of 1.571–1.578 and a specific gravity (SG) of 2.72. Chromium-related features were observed in the red end of the spectrum when examined with a handheld spectroscope. All of these properties were consistent with emerald. During microscopic examination, minute jagged fluid inclusions and growth tubes were observed, proving the stone was of natural origin (figure 2). 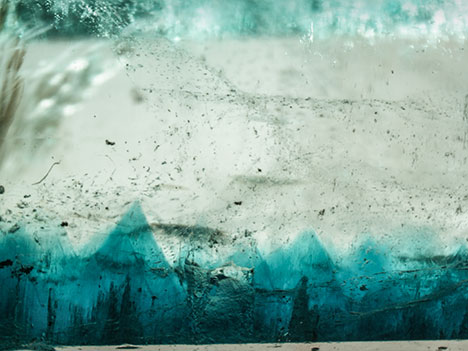 Figure 2. When viewed from the side, irregular green color zoning is observed along with minute jagged fluid inclusions. Photomicrograph by Jonathan Muyal; field of view 14.52 mm.

Interestingly, the stone showed a strong green color zone very close to some of the pavilion facets, as well as hexagonal columnar-like growth and irregular zoning (figure 3). This type of zoning represents a late-stage influx of chromium and vanadium into the genetic environment, which were then incorporated into the crystal lattice of the beryl. Energy-dispersive X-ray fluorescence (EDXRF) revealed high levels of Cr and V in the green color zone, which was consistent with the observed color. Although similar zoning has been observed in emerald previously (E.J. Gübelin and J.I. Koivula, Photoatlas of Inclusions in Gemstones, Volume 3, Opinio Verlag, Basel, Switzerland, 2008, pp. 433–434), the zoning in this specimen was quite distinct. 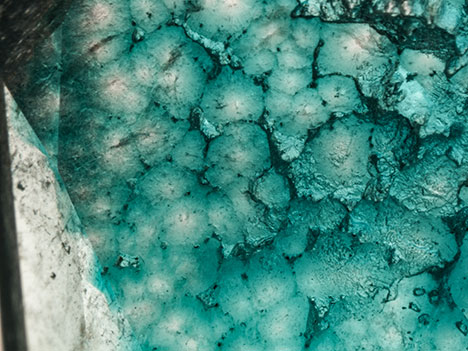 This emerald demonstrates the significance of proper orientation and cutting style in fashioning high-quality gem materials.

Jonathan Muyal and Amy Cooper are gemologists, and Nathan Renfro is the analytical manager of the gem identification department and analytical microscopist in the inclusion research department, at GIA in Carlsbad, California.