Turquoise has a cryptocrystalline structure, which gives rise to the gem’s porosity. Its vulnerability to body oils, ordinary solvents, and dirt can induce variation of color. This porous gemstone’s appearance and durability can be enhanced by various treatment techniques, such as dyeing, impregnation (with polymer, wax, or plastic), and the proprietary Zachery process (E. Fritsch et al., “The identification of Zachery-treated turquoise,” Spring 1999 G&G, pp. 4–16).

Turquoise, often featured in vintage jewelry pieces, is becoming increasingly popular in the Chinese market. Recently, the NGTC Beijing lab received for identification a 15.21 gram turquoise sphere with green color (figure 1). The specimen measured approximately 3.5 cm in diameter; its spot refractive index value was 1.59 and its hydrostatic specific gravity value was 2.58. The test sample was inert, except for several lines and a cavity with moderate white fluorescence under both long-wave and short-wave UV radiation (figure 2), suggesting impregnation. Magnification showed some filling materials were also present in the cavities. Additionally, green color concentration was observed in the material’s cavities and cracks. 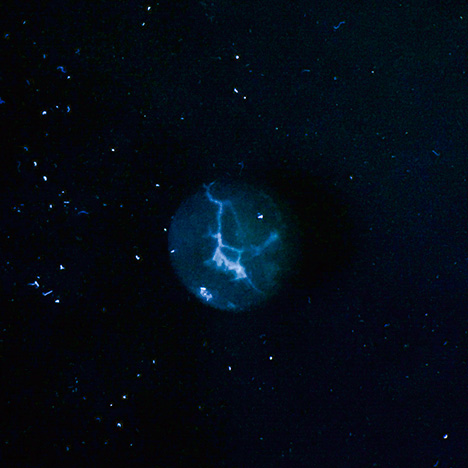 Figure 2. Some lines, along with the cavity, fluoresce white when exposed to long-wave UV radiation, indicating the presence of filling material. Photo by Wen Han.

Infrared reflectance spectroscopy revealed complicated peaks containing turquoise and impregnated materials. The bands at 1118 and 1050 cm–1 were assigned to the asymmetric stretching vibrations of phosphate units, while the 835 cm–1 was caused by the bending vibration of OH units. Other features from approximately 647 to 482 cm–1 were due to the phosphate bending modes of turquoise. The 2918 and 2850 cm–1 peaks were attributed to wax; additionally, a series of small peaks from 1800 to 1350 cm–1 indicated the presence of organic matter. To identify this organic material, we scraped off some powder from the edge of one of the cavities with a blade. The resulting infrared transmittance spectrum indicated the presence of three kinds of polymer (figure 3). The 1731 and 1013 cm–1 peaks were attributed to acrylic polymer, and the 1611 and 1510 cm–1 peaks were due to epoxy resin; both are commonly applied to various gem materials for impregnation. Peaks at 1410, 1260, and 797 cm–1 were characteristic absorption features of silicone. Silicones are polymers consisting of repeating units of siloxane (a functional group composed of two silicon atoms and one oxygen atom, often combined with carbon and hydrogen). The 1410 and 1260 cm–1 peaks were caused by asymmetric and symmetric deformation vibrations of Si-CH3, respectively, and the 797 cm–1 was assigned to the Si-C stretching vibrations of the silicones. 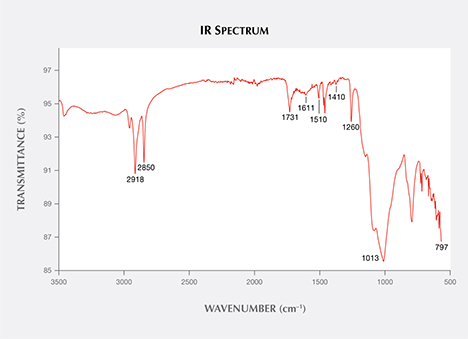 Figure 3. The infrared transmittance spectrum of small amounts of powder scraped from the sample shows that the turquoise was impregnated with three components: epoxy resin, acrylic polymer, and silicone.

EDXRF chemical analysis detected mainly P, Al, Cu, Fe, and Si. The first four are consistent with the chemical composition of turquoise, while Si was suspected to be a byproduct of silicone impregnation. The UV-Vis spectrum showed two absorption bands: a band centered at about 428 nm caused by Fe3+ d-d electronic transition, and a sharp band centered at approximately 677 nm (figure 4). Natural-color turquoise does not show the 677 nm band; many Chinese labs consider this feature characteristic of dyed material. 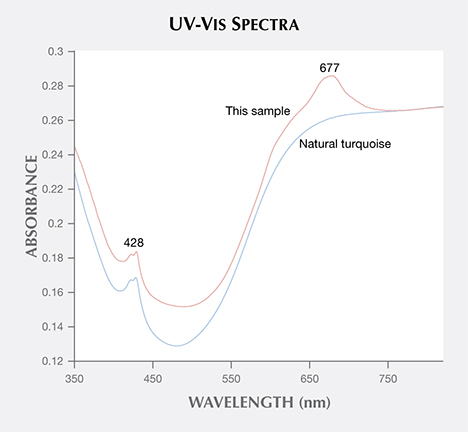 Figure 4. When compared with the spectrum of a known natural turquoise sample, the 677 nm band of the UV-VIS spectrum indicates that the sample in this study was dyed.

Turquoise is usually impregnated with acrylic polymer or epoxy resin for stabilization in addition to the dyeing process to change its color. This is the first time we have encountered turquoise that was dyed and impregnated with three components. Our investigation reinforces the need to identify any and all treatments.

The Identification of Zachery-Treated Turquoise

Over the last 10 years, millions of carats of turquoise have been enhanced by a proprietary process called the Zachery treatment.