Color
Most sunstones have yellow, orange, or brown bodycolor. Green is extremely rare. Small inclusions create a reddish or golden sheen on top of any bodycolor, while larger inclusions create attractive, glittery reflections. Sunstone inclusions can be hematite, copper, or some other mineral. 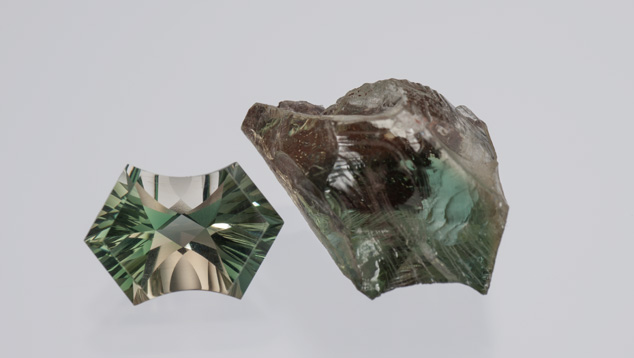 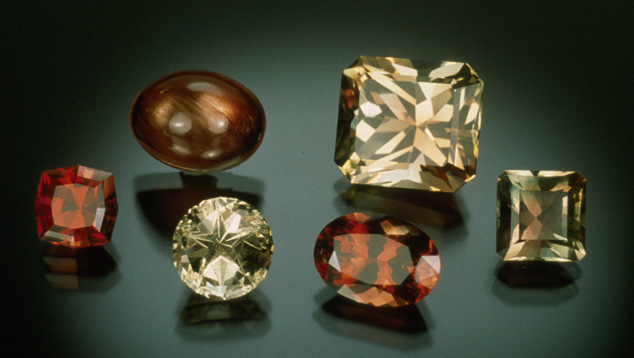 These fine-quality gems display some of the sunstone colors found in the Plush, Oregon, mining area. – Jeff Scovil, courtesy Jeff Scovil
Oregon sunstone is a transparent feldspar with copper inclusions. It comes colorless as well as in a wide variety of colors, including pale yellow, pink with brilliant aventurescence, orange, red, green, and blue-green. The red version is often marketed as “spinel red,” and its vivid hue—if not its hardness—rivals spinel or even ruby. 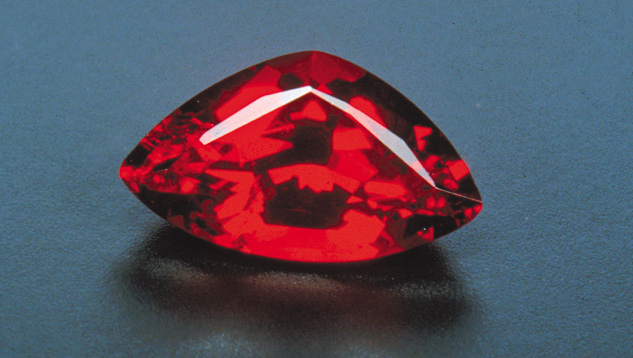 Deep red sunstone from the Ponderosa mine is marketed as spinel red. Although it’s not as hard as spinel or ruby, this sunstone type has a vivid scarlet hue that can be equally lovely. – Bart Curren
Some Oregon sunstones are either bicolored or tricolored, and a rare few display color change. Currently, the top deep green, deep red, and intensely bicolored sunstones are considered extra fine. 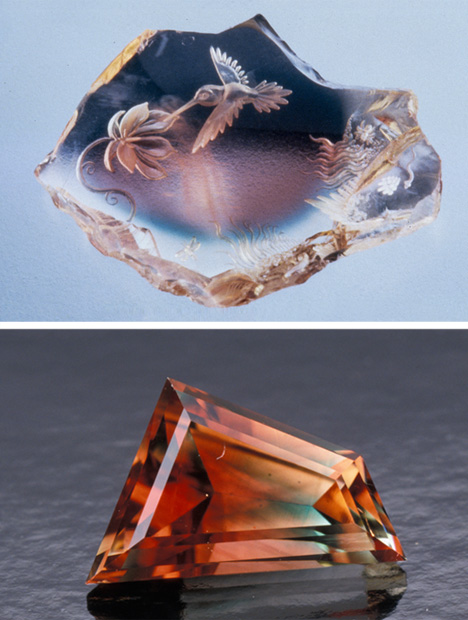 Some sunstones are bicolored, which makes them ideal for free-style designer cuts
(bottom). They might also be tricolored, like this lovely 32.80-ct. Oregon sunstone (top).
The cut is a spectacular example of the sculptor’s artistry. – Tino Hammid (bottom); Maha
Tannous, courtesy Dust Devil Mining Company, Beaver, Oregon (top)
Cut
Sunstone is available in a wide range of shapes and sizes, from exquisite fantasy cuts for designer jewelry to precise caliber cuts for manufacturers. 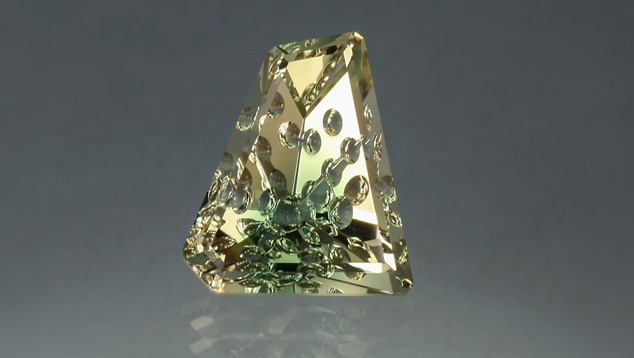 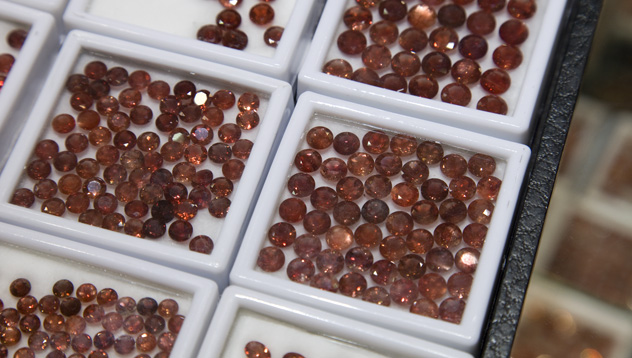 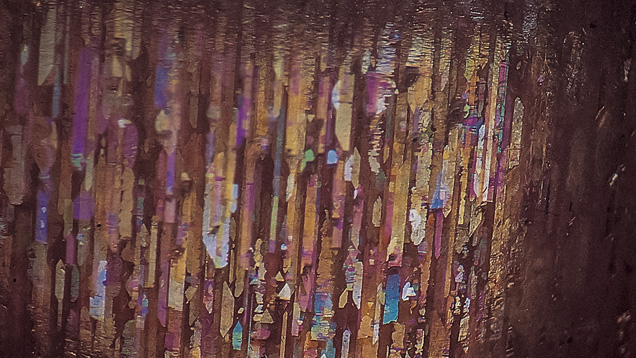 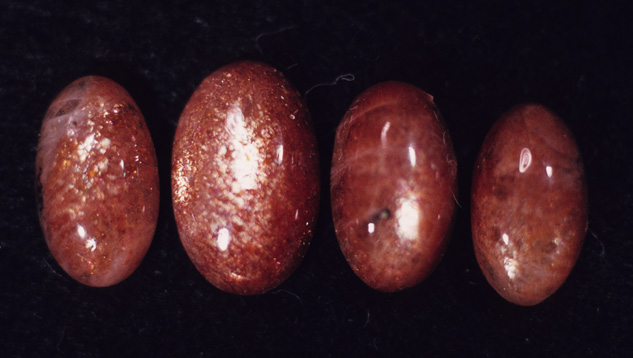 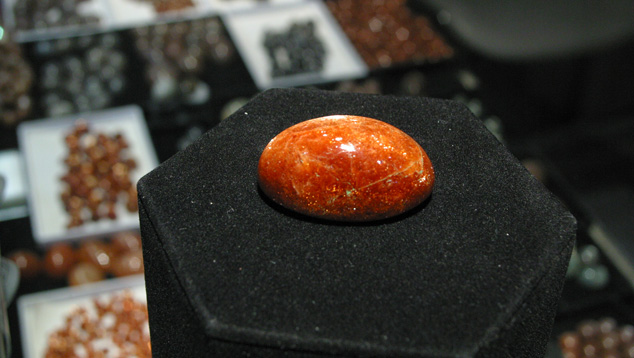 The unusual size of this 146.07-ct. oligoclase sunstone dwarfs the sunstones, moonstones, and other gems in the background. – Terri Weimer, courtesy Blue Moon Enterprise 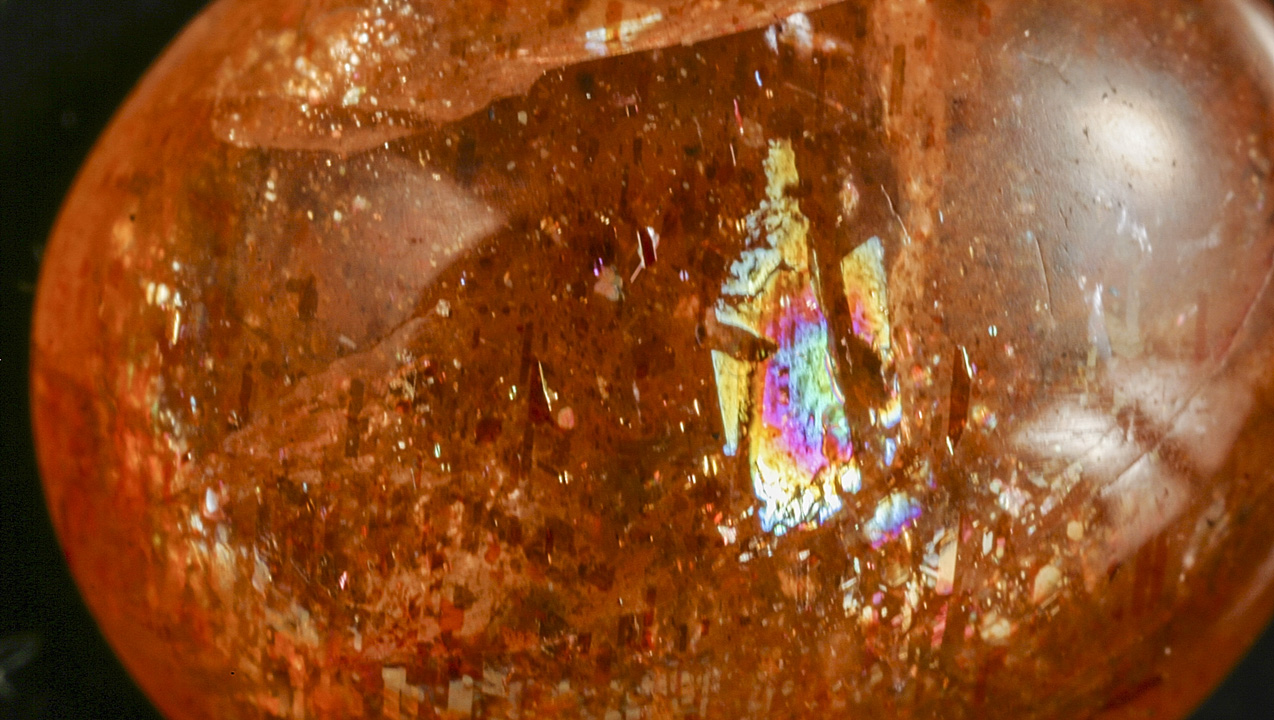 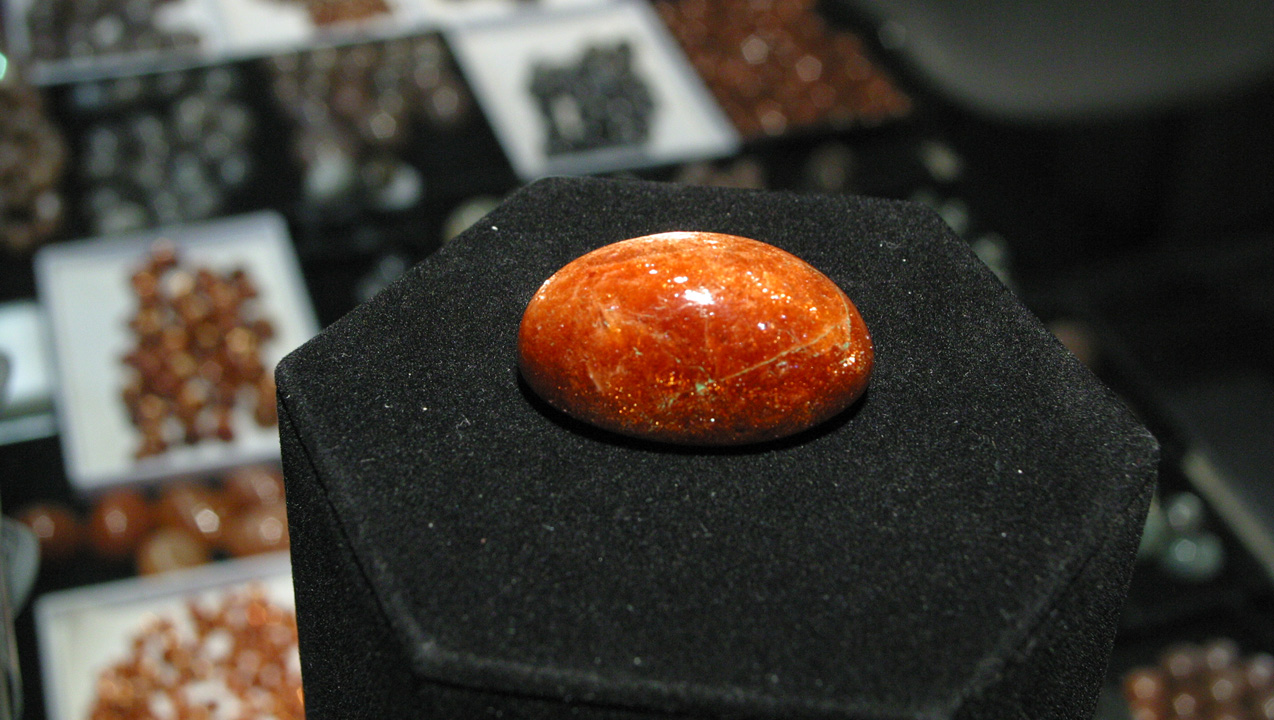 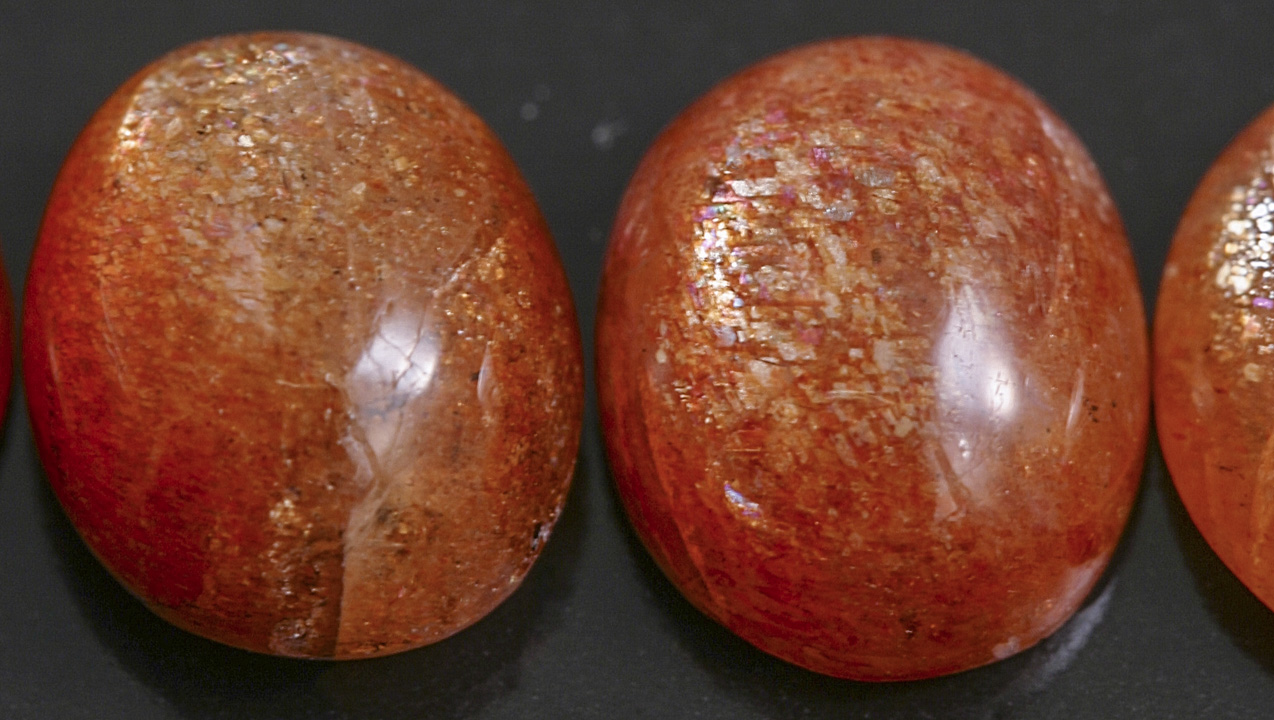 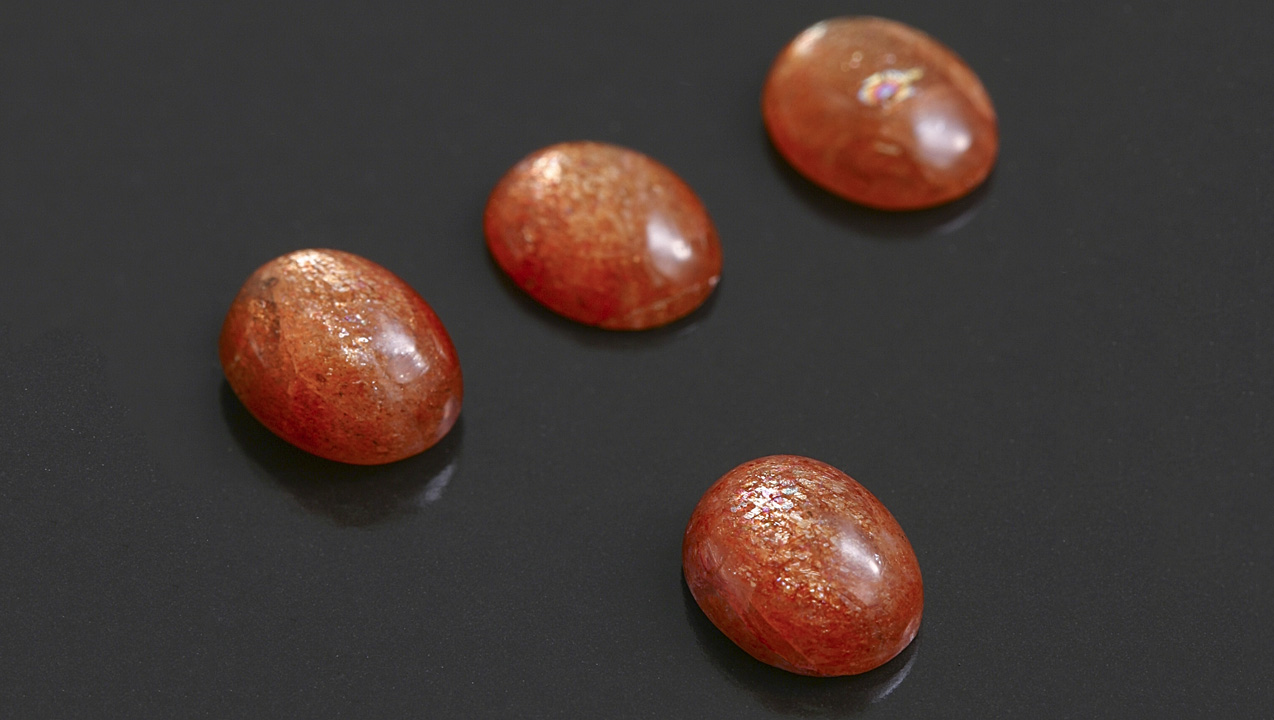 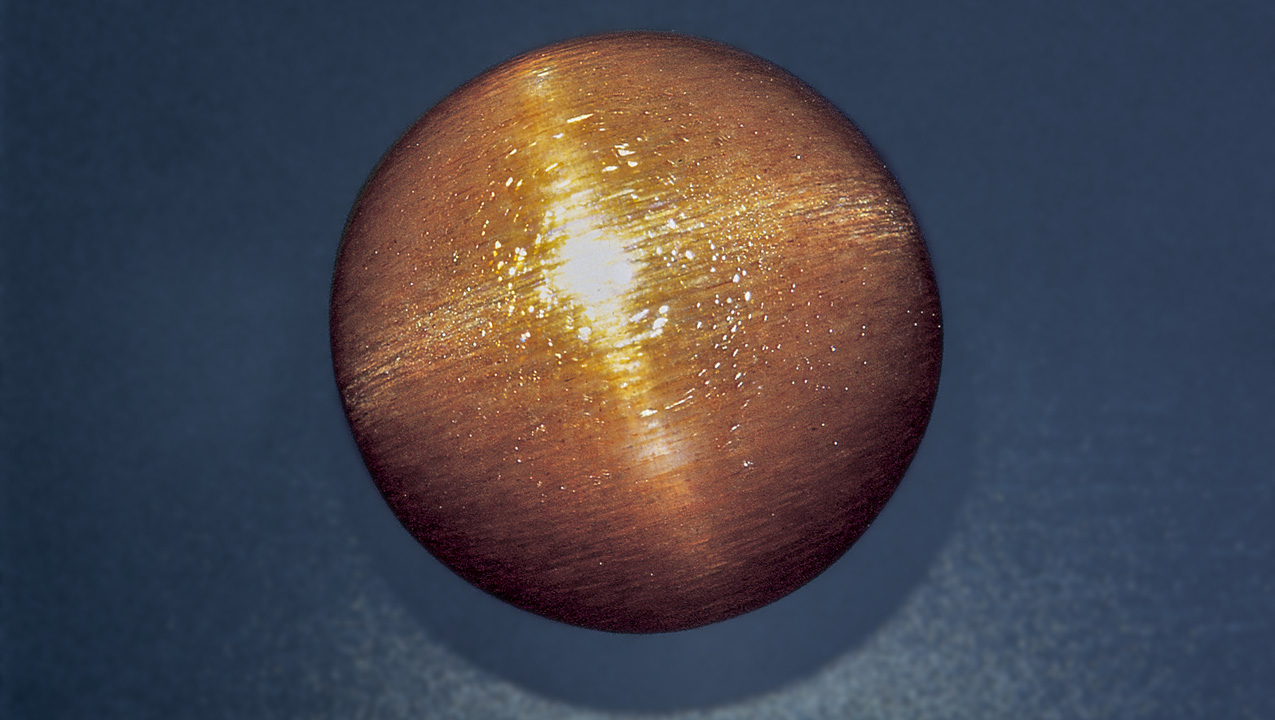 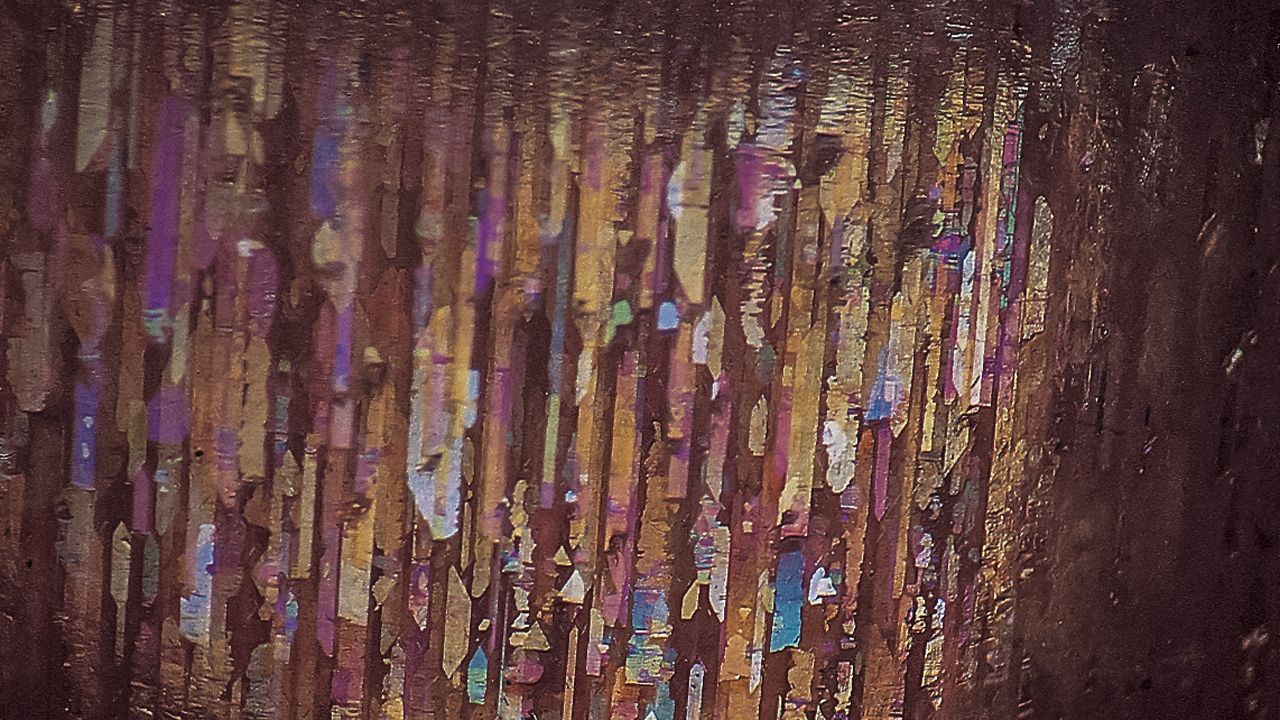 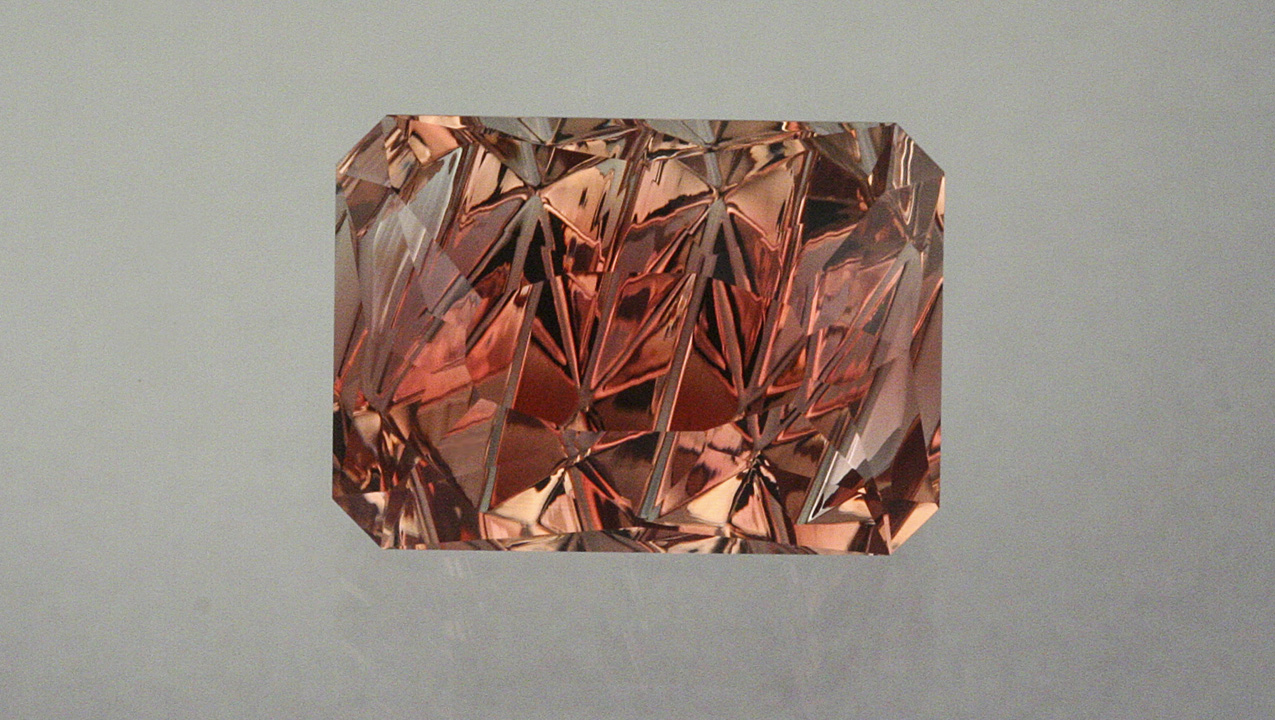 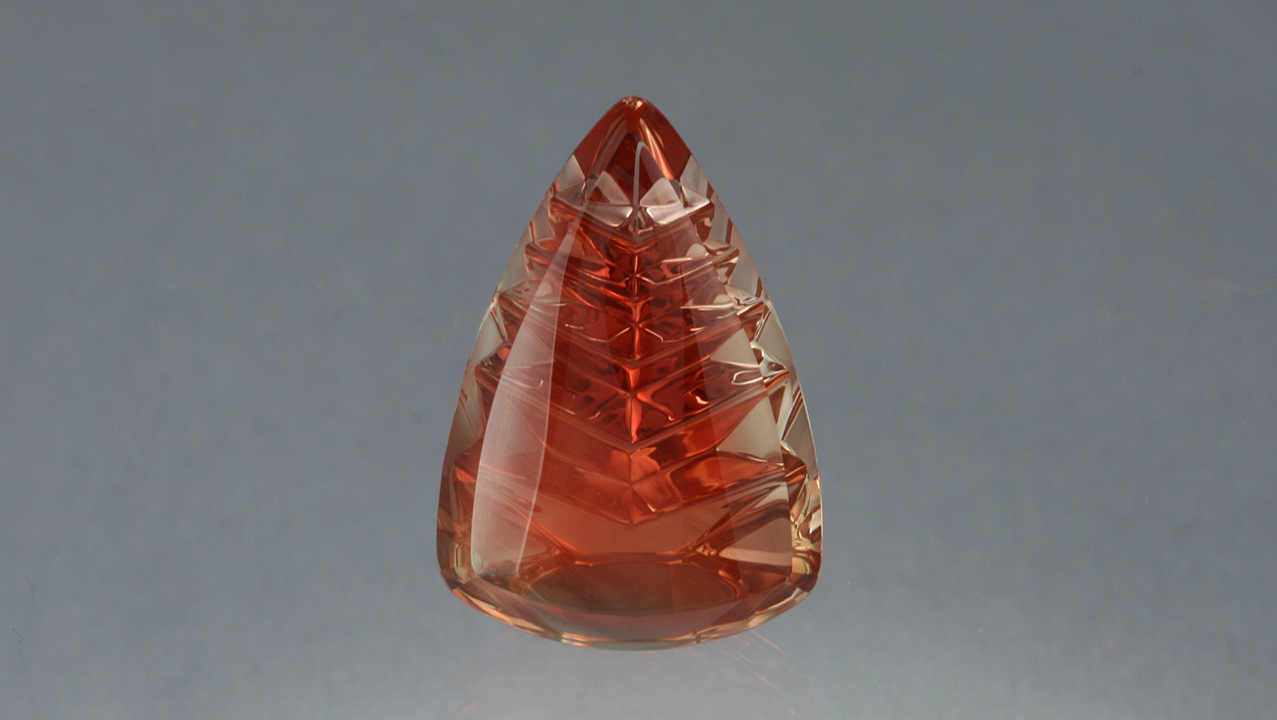 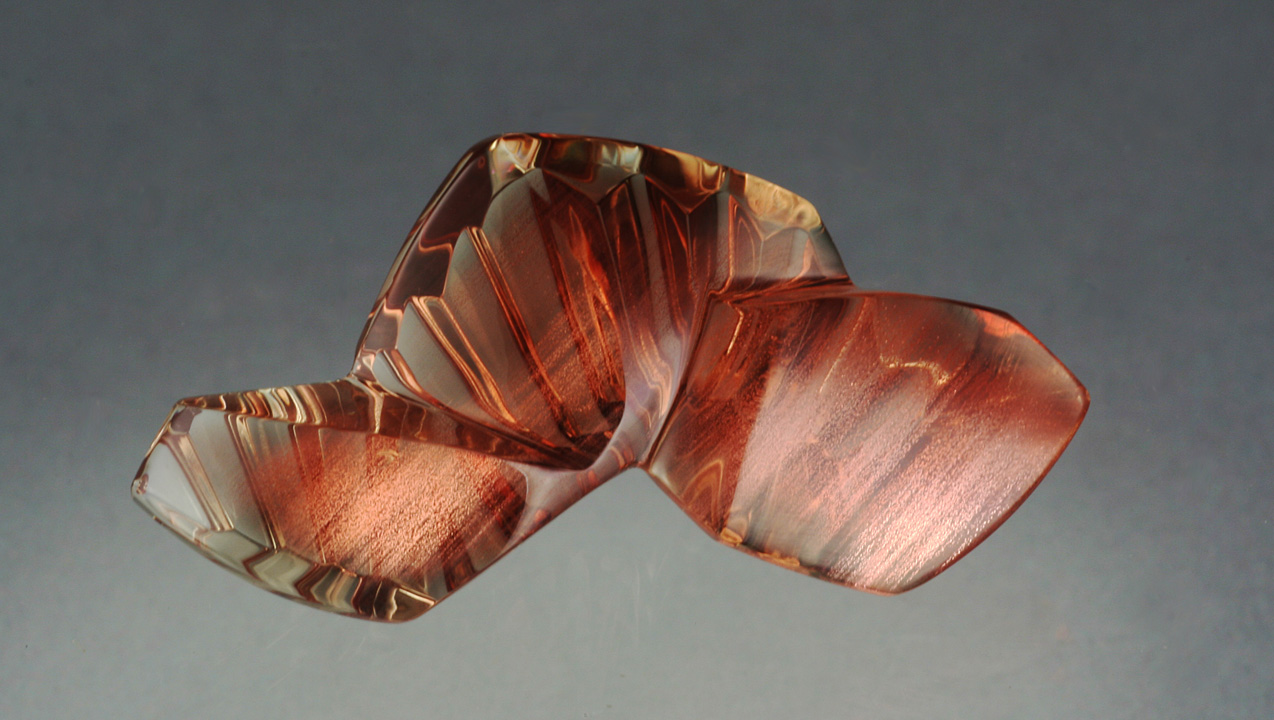 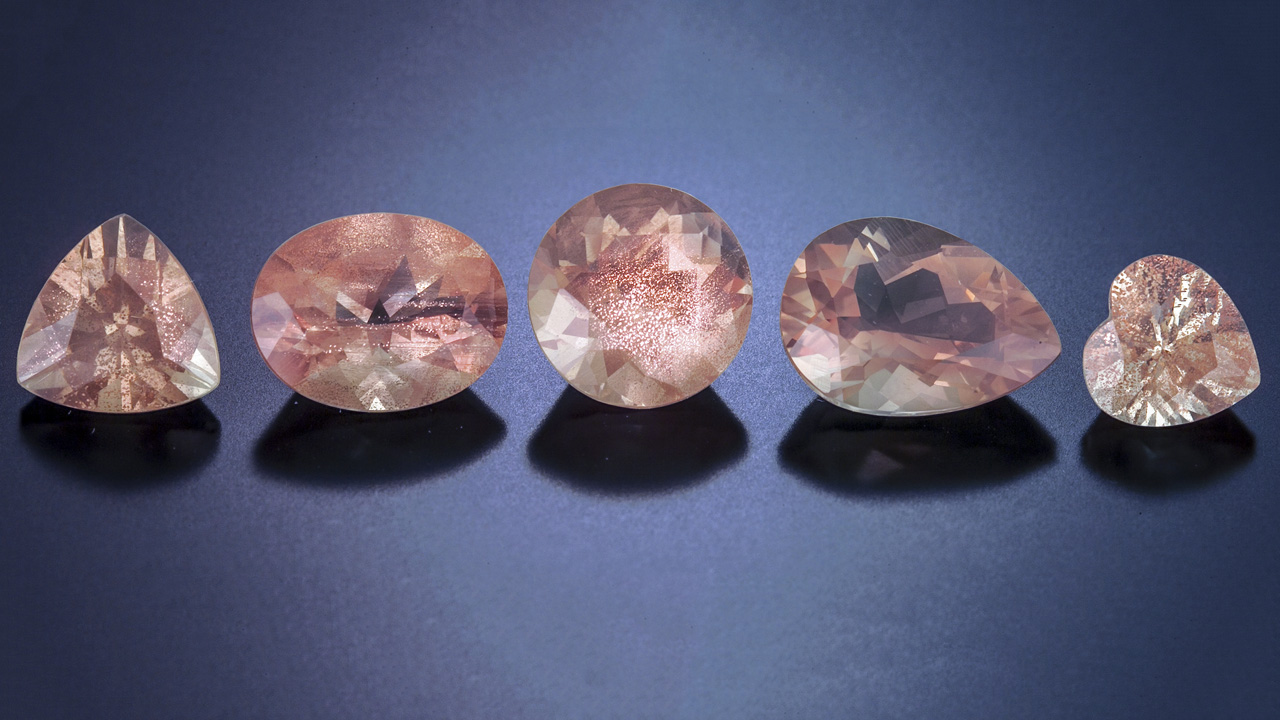 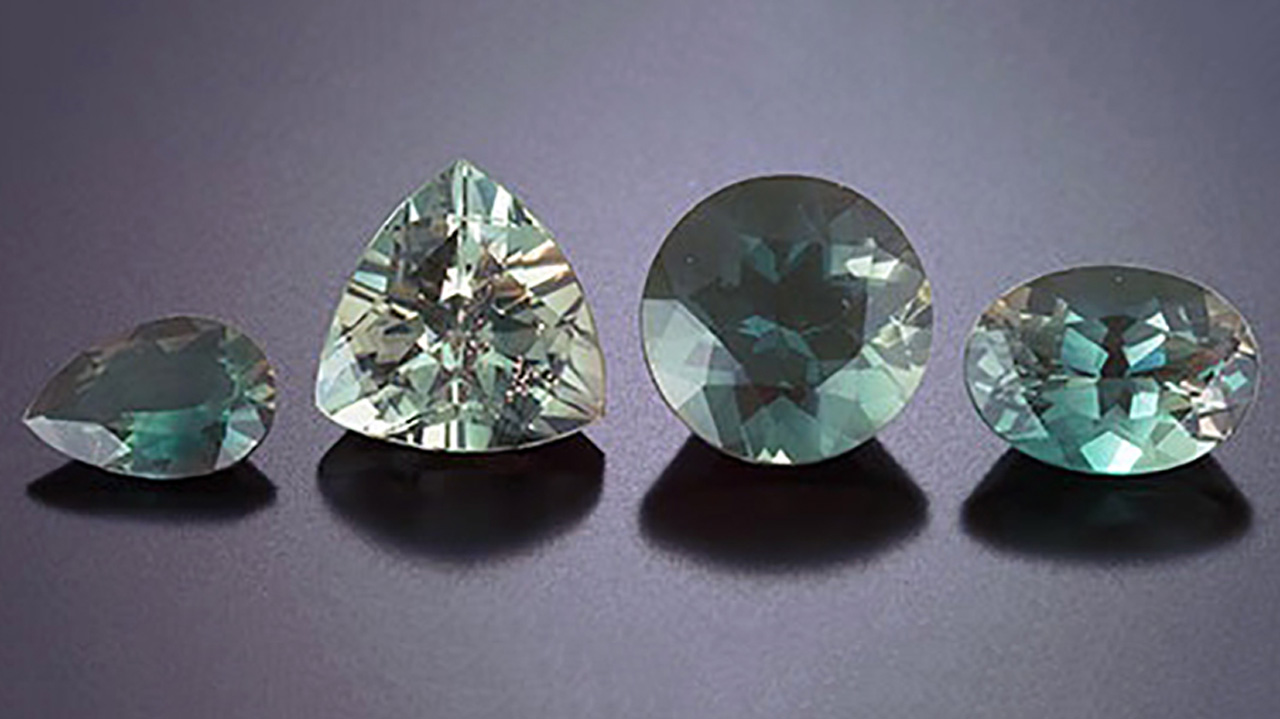 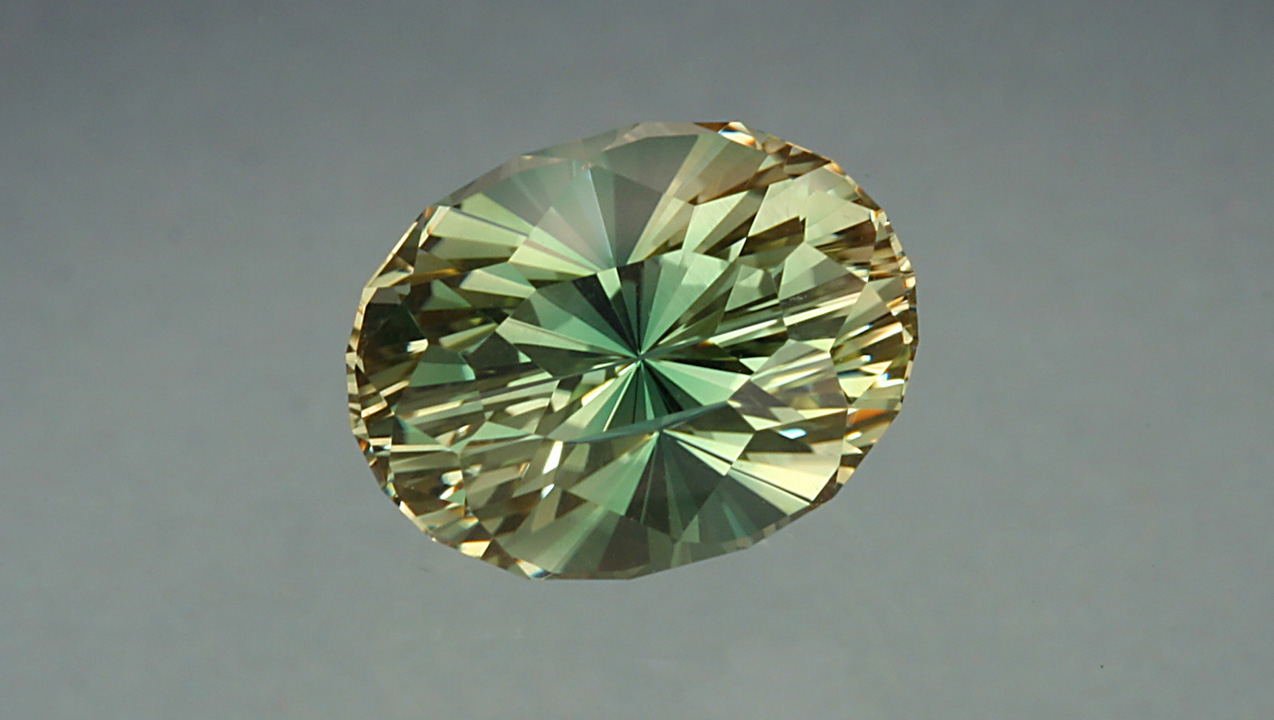 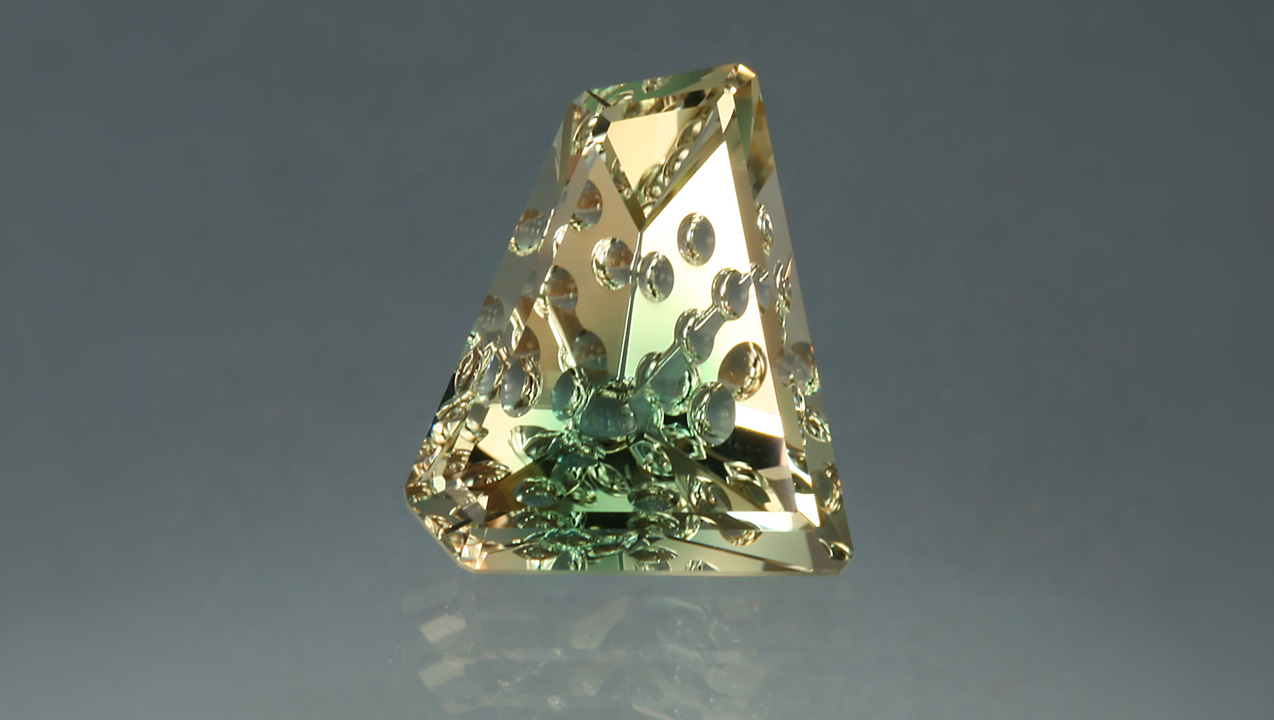 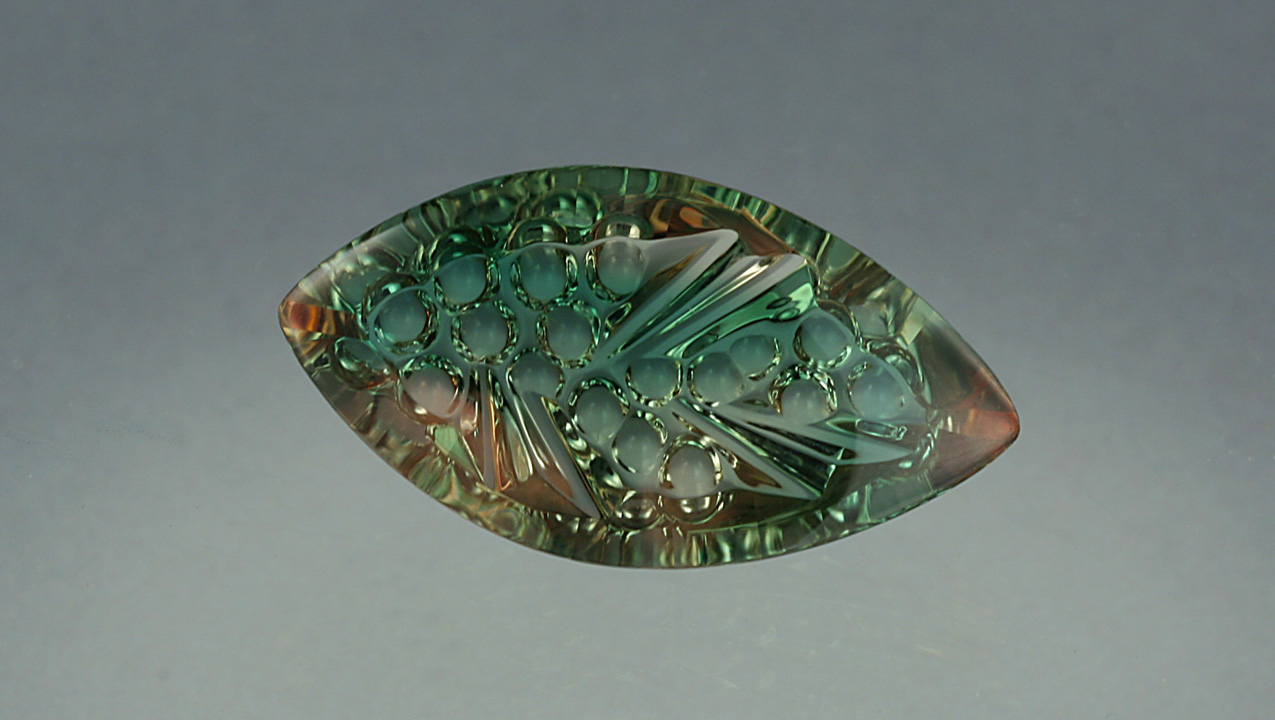 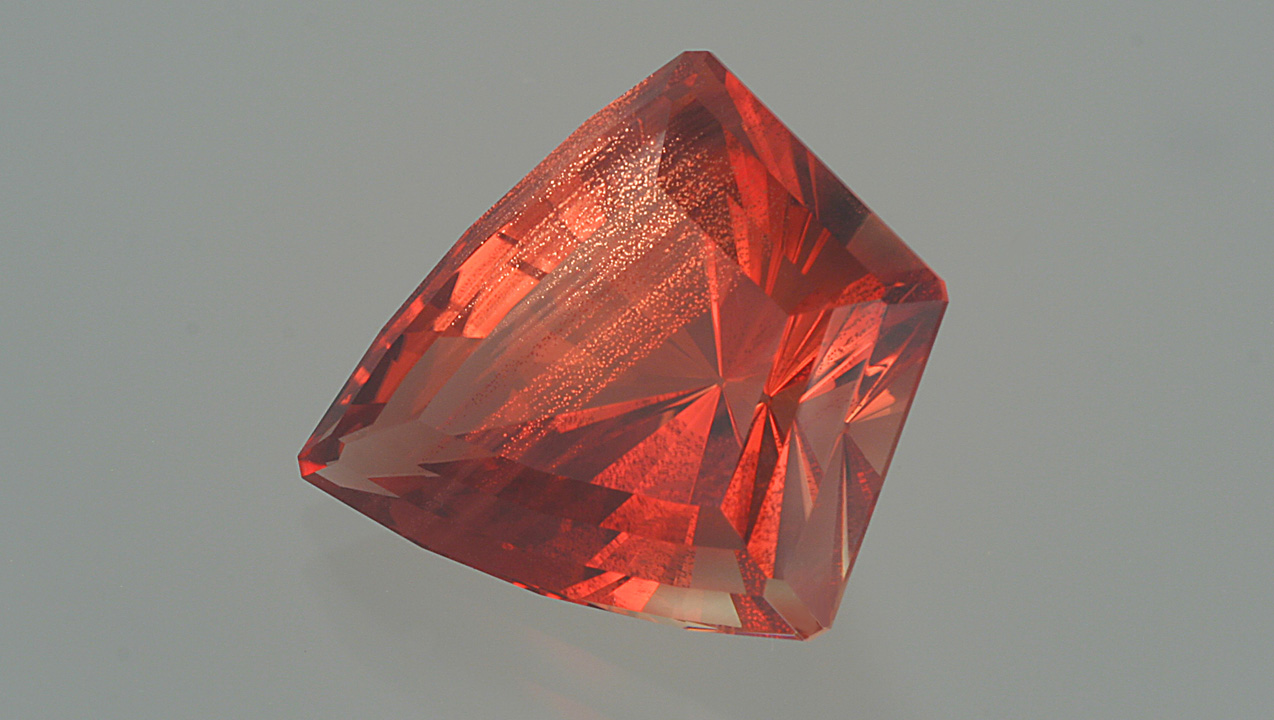 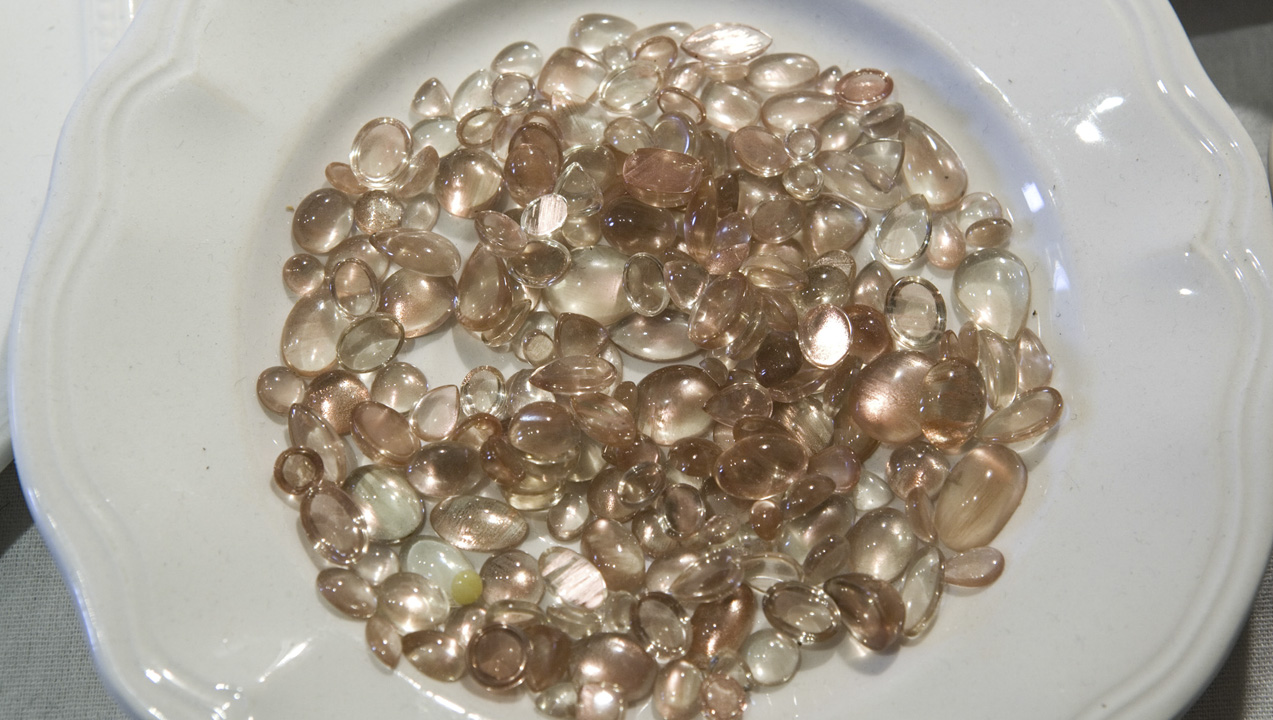