Hardness and Toughness
Gem and mineral hardness is measured on the Mohs scale. The numbers are based on the relative ease or difficulty with which one mineral can be scratched by another. But the Mohs scale is deceptive. The steps between the minerals are not evenly spaced. For example, diamond is only one number away, but it’s many times harder than gems in the corundum family. 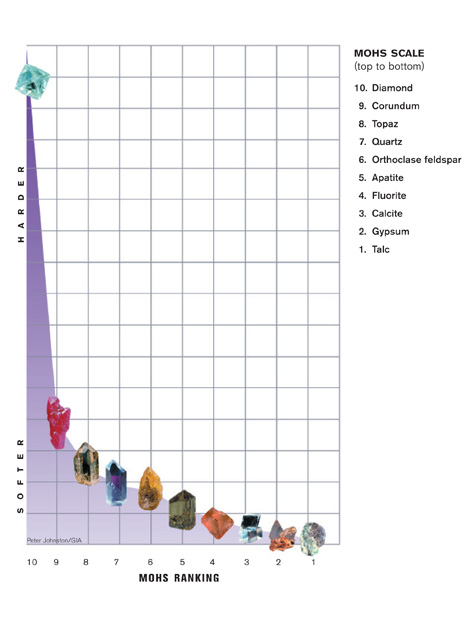 Iolite rates 7 to 7.5 on the Mohs hardness scale.
Because it has perfect cleavage in one direction, iolite requires special care during cutting, polishing, and mounting. It’s not very tough, so a hard blow might split it, and extreme pressure or sharp temperature changes might cause it to break. To reduce the risk of breakage, jewelers prefer to set iolite gems in protective mountings or use them in pieces that aren’t exposed to too much wear, like pendants and earrings.

Stability
High heat or sudden temperature changes can cause breaks in iolite. The gem’s color is stable. 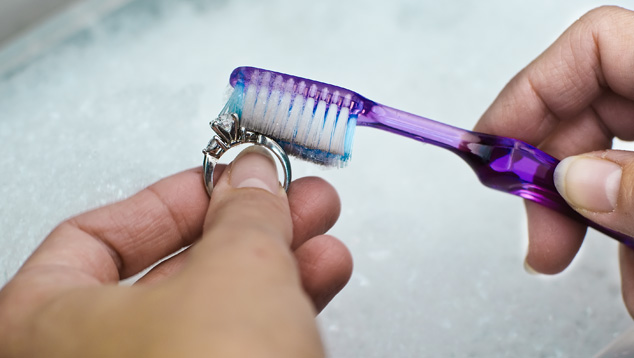 A safe way to clean iolite jewelry is to use lukewarm water with mild soap and a toothbrush. - Eric Welch
Treatment and Durability Considerations
Iolite is not typically treated so coatings and dyes are not generally a concern with this gem.

Iolite should be protected as much as possible from sharp blows that can cause breakage along cleavage planes.