World-class fancy colored diamonds and truly historic jewels highlighted the 2018 auctions, but behind the headlines, total jewelry sales at auction were down an estimated 15% from 2017.

The total of fine jewelry sales from all Christie’s and Sotheby’s auctions in 2018 was an estimated $900 million, down from about $1.1 billion the year before.

Sotheby’s does not announce its fine jewelry sales, but estimates were about $420 million as several large buy-ins reduced the total. 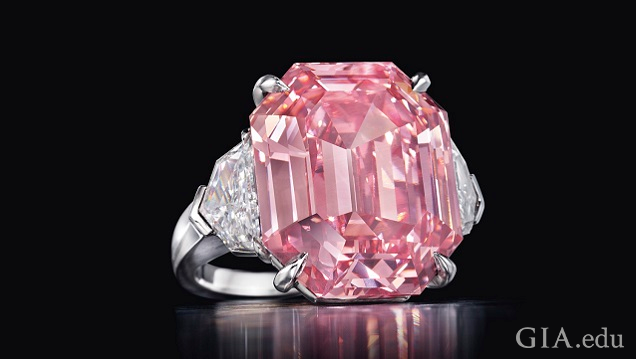 The GIA-graded 18.96 ct Pink Legacy, renamed the Winston Pink, achieved a record per-carat price for a pink diamond when it sold for $50.4 million ($2.65 million per carat) at Christie’s November Geneva auction. Photo courtesy of Christie’s.

The year’s highlights came in mid-November.

Sotheby’s Geneva auction of Royal Jewels from the Bourbon-Parma Family included 10 pieces that belonged to ill-fated French queen Marie Antoinette. The collection brought $53 million against a pre-sale estimate of $7 million. 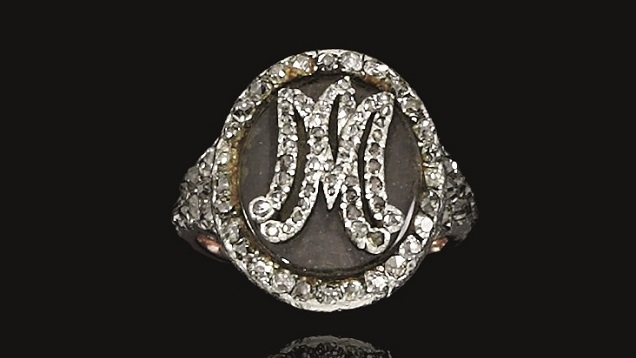 This monogrammed diamond ring contains a woven lock of Marie Antoinette’s hair and brought more than $447,000. Photo courtesy of Sotheby’s 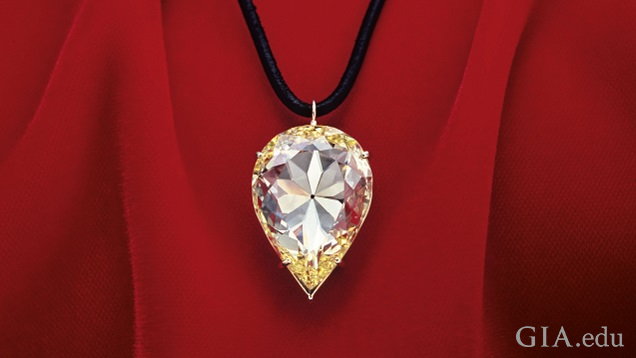 Historic gems and jewelry like the Moon of Baroda, a 24.04 ct Fancy yellow diamond, achieved top prices at auction in 2018. The diamond, found in India centuries ago and part of the collection of Marie Therese of Vienna, sold for $1.3 million at Christie’s November Hong Kong auction. Photo courtesy of Christie’s.

Other auction highlights from 2018 include: 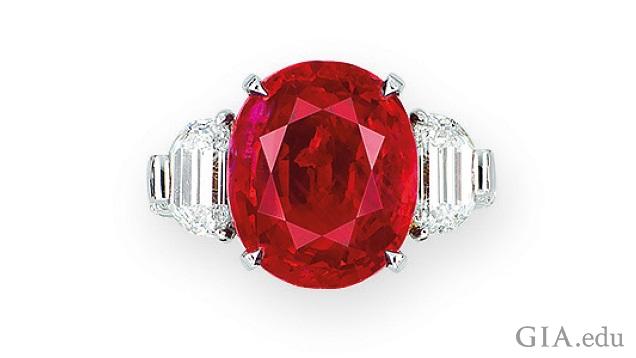 While demand for historic jewels and most top fancy colored diamonds was strong, buyers were more cautious in their bidding for other high value pieces, especially in Hong Kong, where only 65% to 70% of the lots offered found buyers.

Sotheby’s Hong Kong auction totals were set back by the failure of several major pieces to find buyers. These include a 10.62 Fancy Vivid blue diamond that failed to achieve the $20 million to $30 million pre-sale estimate in November; a jadeite bangle that fell short of its $12.8 million estimate in April; and a 14.18 ct Fancy blue diamond that did not reach its $7 million estimate. Several other million-dollar-plus jadeite pieces also did not find buyers at that Hong Kong auction.

Exceptional diamonds and colored gems, however, still lag behind fine art. The year’s highlight was a Modigliani work that sold for more than $157 million – a price considered lackluster by some art experts.

Rockefeller jewels and fancy blue diamonds are the stars of the spring 2018 auction season.