The GIA museum’s glittering “Dreams of Diamonds” exhibit drew a record-breaking number of guests to the Institute’s Carlsbad campus for two weeks in May 2015, with more than 1,000 members of the public, trade and press attending the once-in-a-lifetime display.

The exhibit, which featured more than 4,000 carats of diamonds, celebrated the mystique of a gemstone that continues to fascinate gemologists and inspire designers and artists around the world. It also marked the U.S. debut of “Dreams of Diamonds,” a 160-page tome that, at 33 pounds and approximately three feet wide when open, is the largest book ever published on the subject.

“The creators of ‘Dreams of Diamonds’ were able to capture extraordinary diamond pieces in enchanting, ethereal settings,” says GIA Museum Curator Terri Ottaway, adding that the book and exhibit were “an ode to the wondrous world of diamonds.” 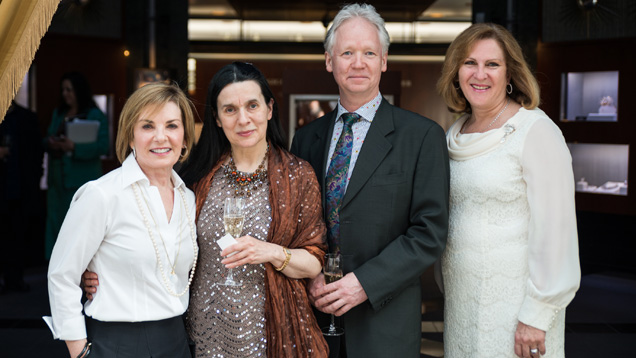 The team behind the book, British photographers Alastair Laidlaw and Christine Marsden, showcase images of loose diamonds and diamond jewelry in fantastic, dreamy settings. The diamonds – many of which were graded by the GIA laboratory – and jewelry in the book represent the work of a dozen of the most venerated designers and diamond houses in the world.

Ottaway, along with McKenzie Santimer, manager of museum exhibits, showcased the oversized book in the Carlsbad campus rotunda, filling the surrounding display cases with 25 spectacular pieces of diamond jewelry. Seven of the book’s international contributors, including Adler, Chatila, Chow Tai Fook, Diacore, Diarough, Mouawad and MUNNU The Gem Palace, loaned their jewelry pieces for the exhibit.

The displays ranged from simple to intricate, including an exceptional 50-carat D flawless diamond on a rotating base and a stunning sautoir made from 1,400 carats of diamond crystals and polished gems. 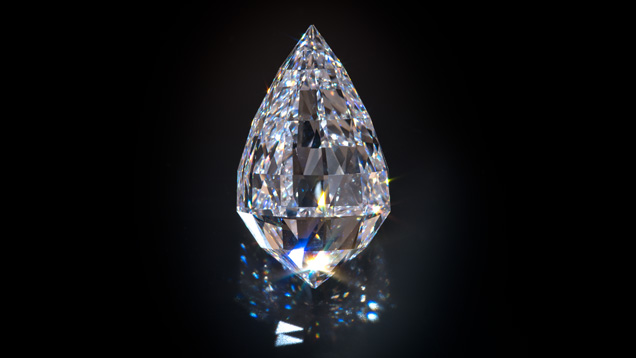 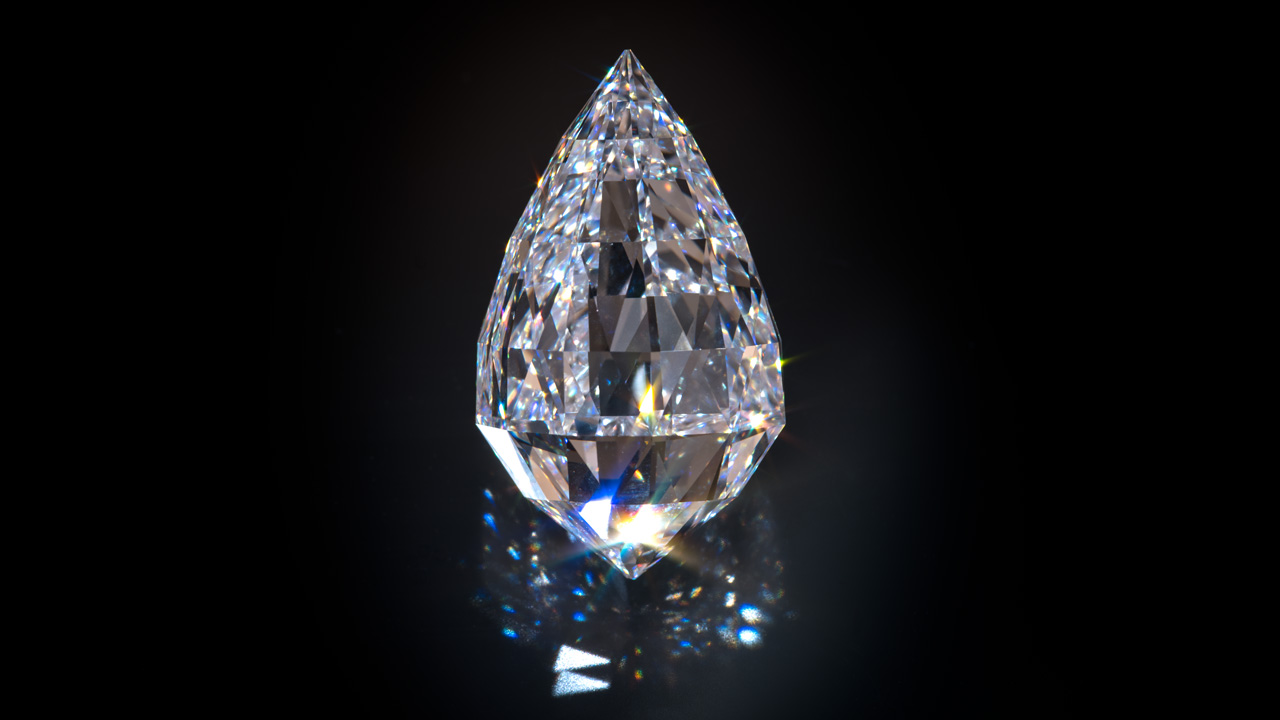 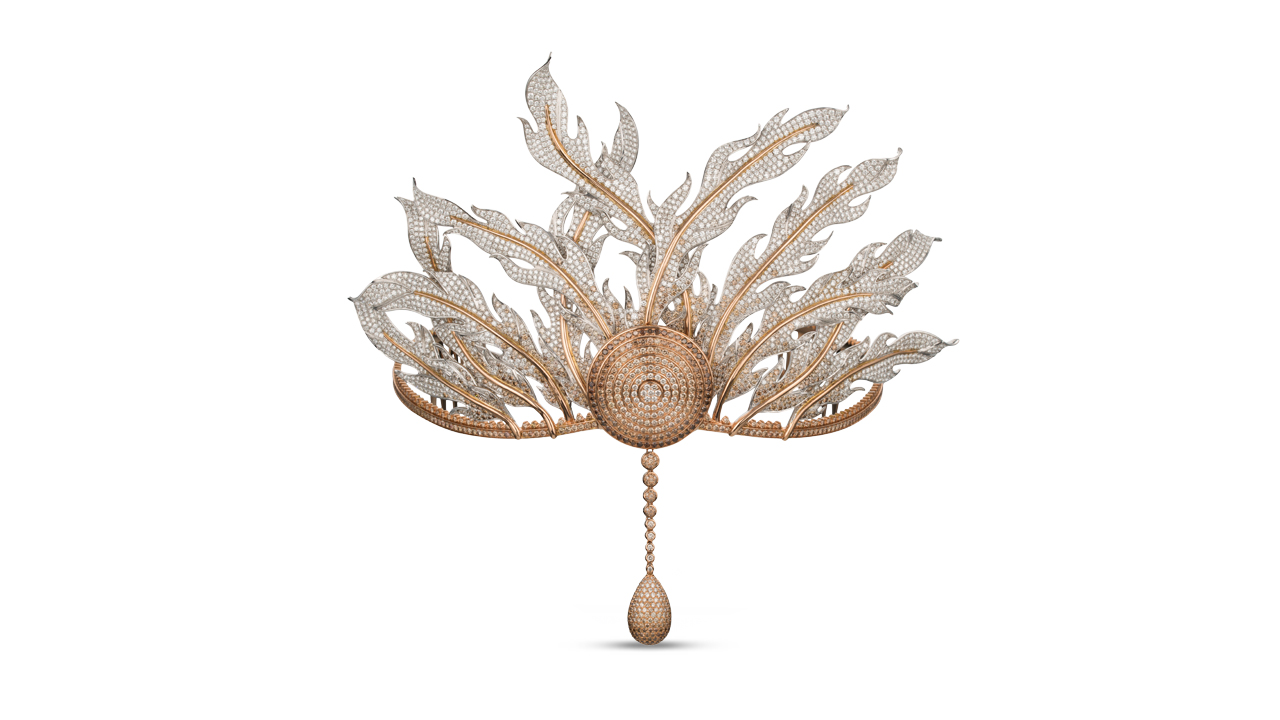 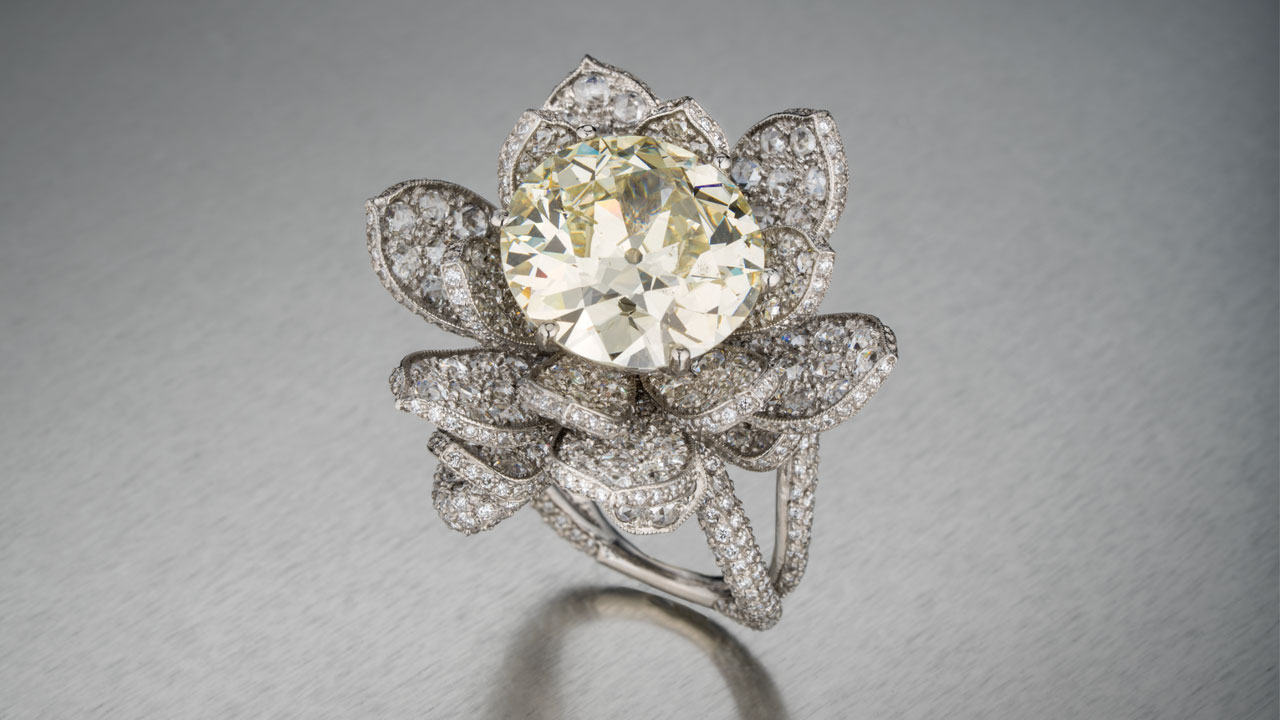 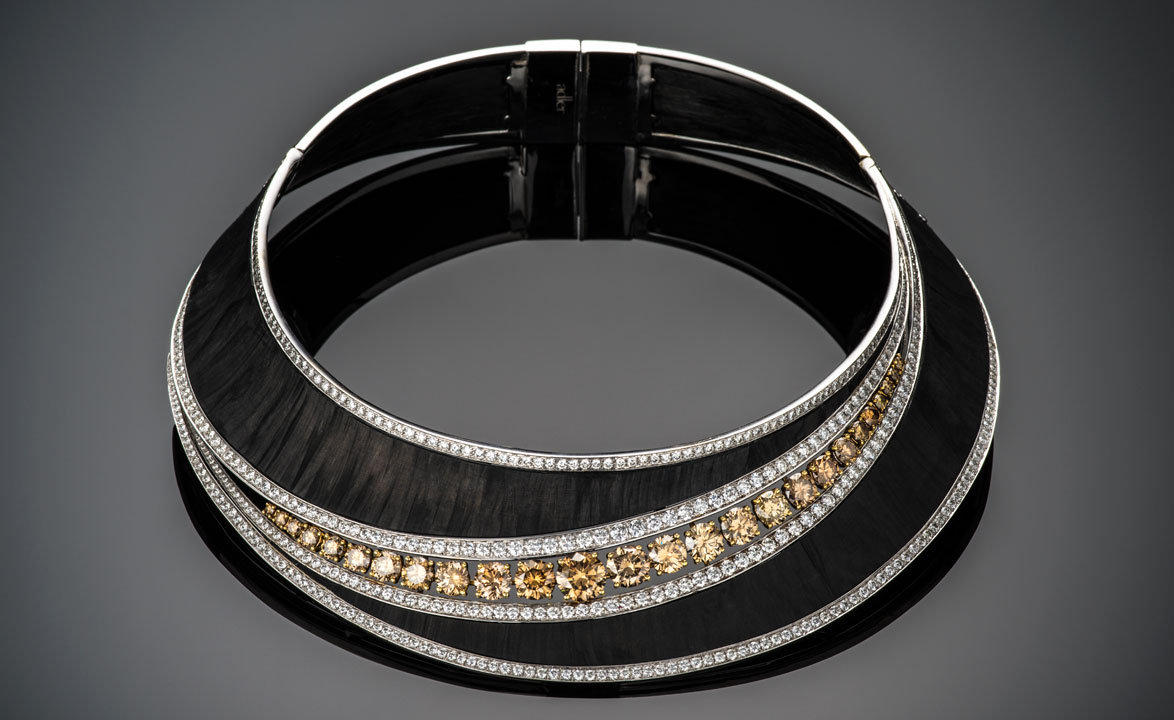 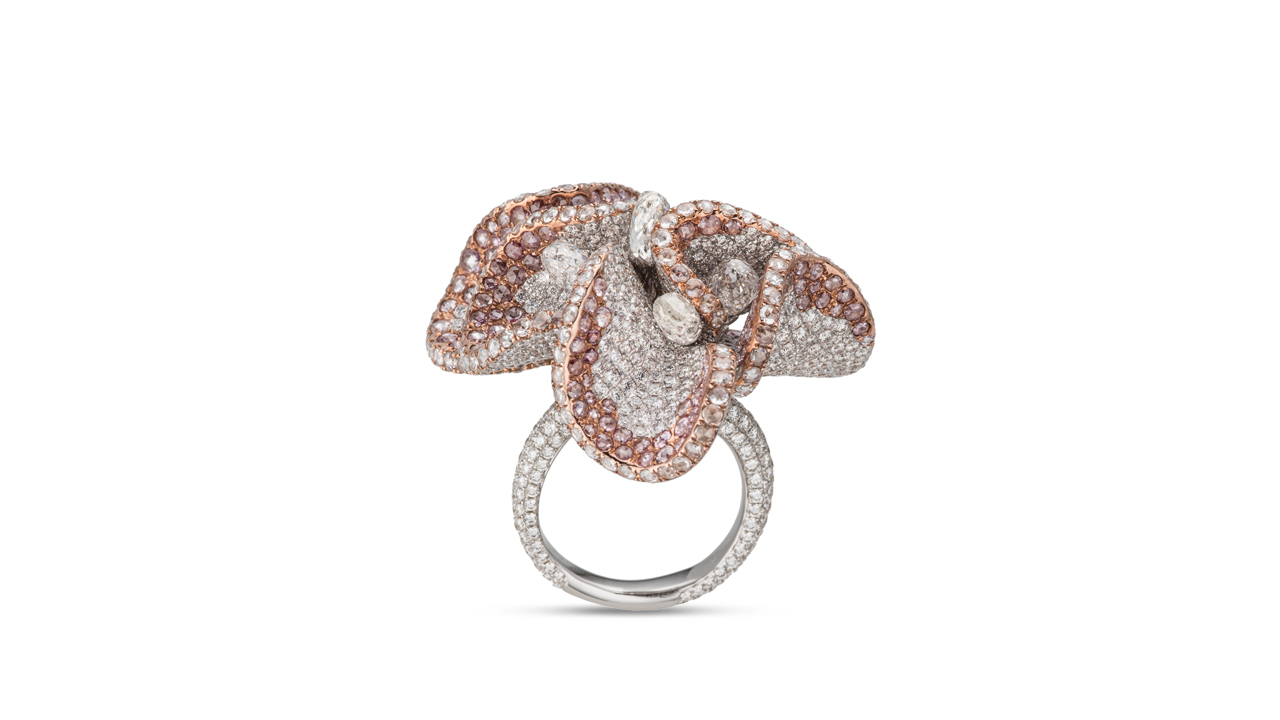 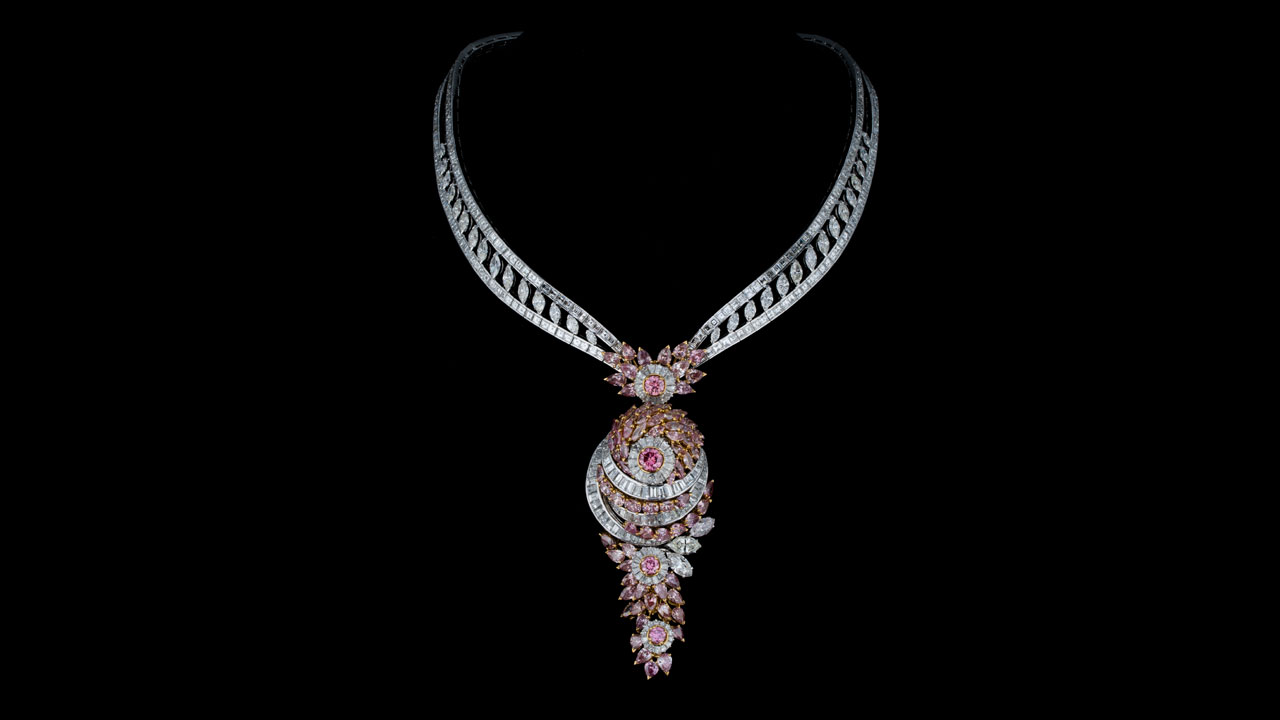 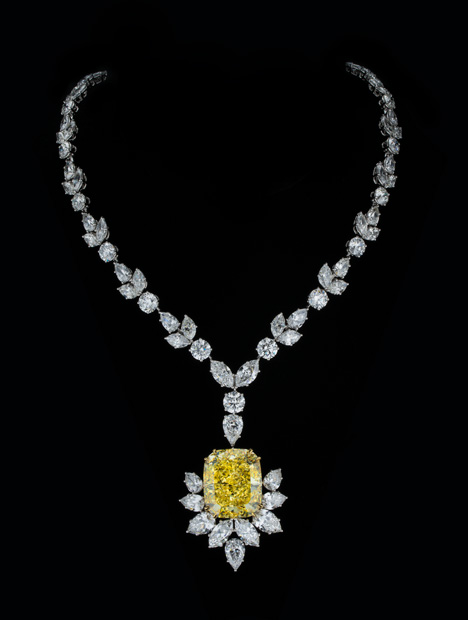 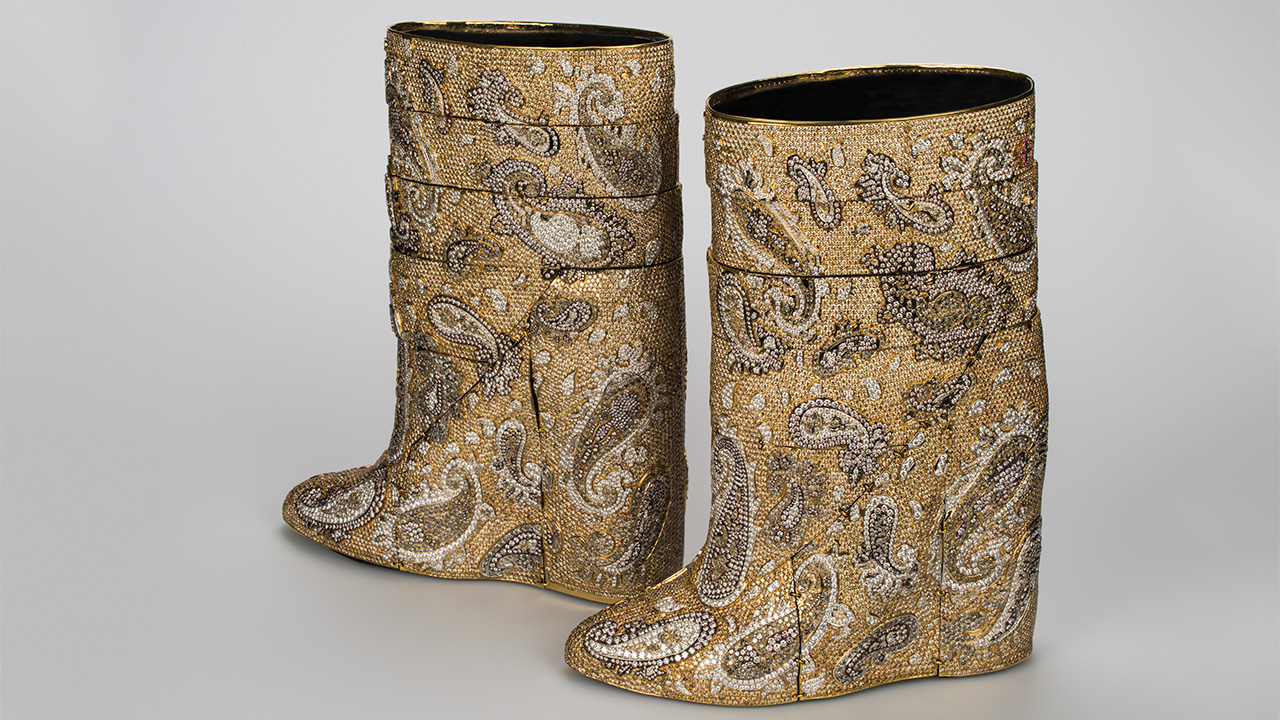 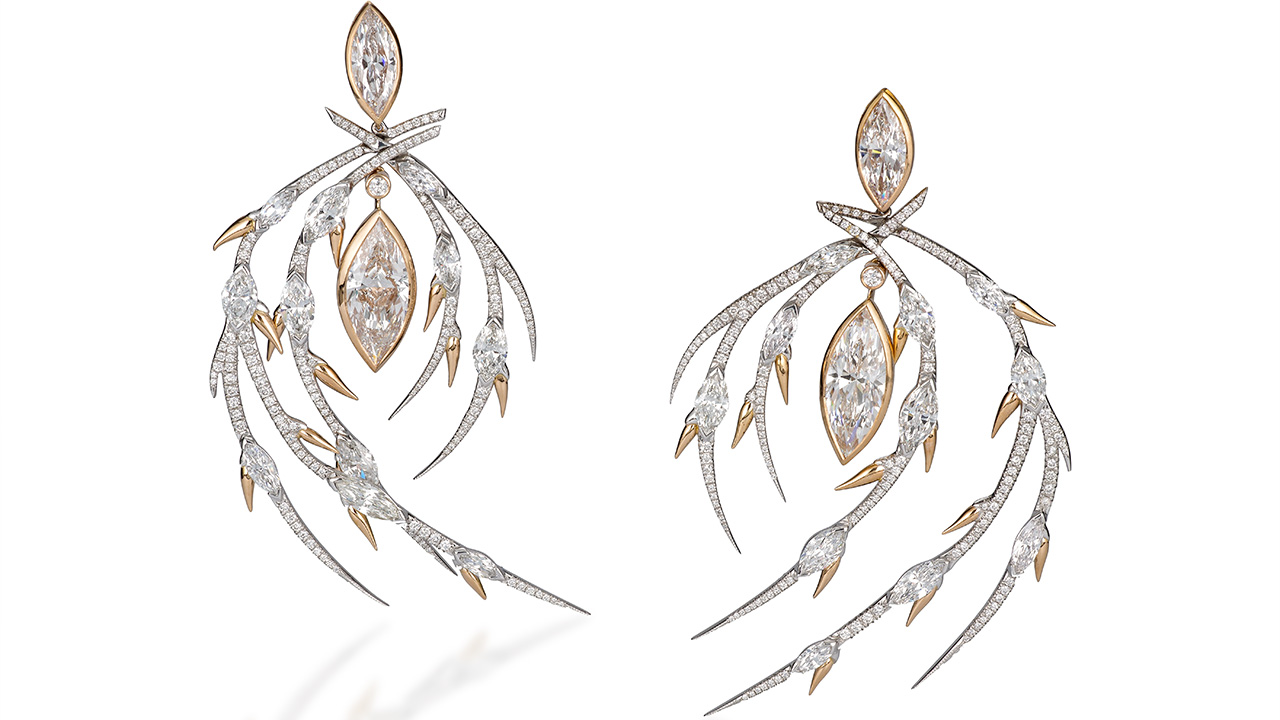 “It was the highest-value exhibition we’ve ever had, and it was overwhelming in popularity,” says Santimer, who said that visitors from the public and gem and jewelry trade came from all over Southern California. The exhibit, which opened with an invitation-only gala on April 29, even generated buzz on campus, where staff and students are accustomed to walking past beautiful displays of gems and jewelry every day.

“The students were floored,” Santimer said. “It’s pretty surreal to experience such a unique exhibit dedicated to diamonds while you’re studying at GIA, the creators of the 4Cs. It was a wonderful mix of diamonds, from 300-year-old diamond jewelry from the Mughal period to innovative, present-day cuts and tiaras. There were gold boots encrusted with more than 38,000 diamonds and fabulous colored diamonds, including a 54-carat Fancy Intense yellow diamond.”

GIA’s Visual Resources Digitization Assistant Emily Lane displaying “Dreams of Diamonds,” which is approximately three feet wide when open. Dona Dirlam, director of the library, said the book has already become a tour and student favorite because the oversized photos are making it possible “to see a level of detail and craftsmanship that is rare.”

Though the exhibition had a short run, GIA visitors will still be able to enjoy the heart of the exhibit in the Richard T. Liddicoat Gemological Library and Information Center. Laidlaw and Marsden donated two copies of the book, valued at $10,000 each, to the library’s collection. One copy is housed in the library’s Cartier Rare Book Repository and Archive; the other is available by appointment for public reference and viewing.

“We are so grateful to Alastair and Christine, who took six years to create this remarkable work of art,” says Library Director Dona Dirlam. “The book has already become a favorite highlight of the tour for our visitors, and the oversized photos are making it possible for GIA students to see a level of detail and craftsmanship that is rare. ‘Dreams of Diamonds’ is truly a special, valued addition to our collection.”

There’s a wealth of history and knowledge surrounding diamonds.

Diamonds have a long history as beautiful objects of desire.