Akwatia, Ghana, is a town built by diamonds. Rows of low, corrugated rooftops branch out from the old town center. On the outskirts, where the small-scale farms begin, an occasional mansion rises beside the highway. Some of these mansions are owned by the lucky ones—diggers who found a cache of large diamonds. Most belong to the concession holders who take a cut from the finds of the galamsey, the local name for artisanal diggers who work the river banks.

A half century ago, Akwatia was one of the most productive diamond spots on the planet. Diamonds were discovered at the nearby Birim River in 1920, when the nation was a British colony called the Gold Coast. By the end of that decade, production neared a million carats yearly, doubling by 1935. 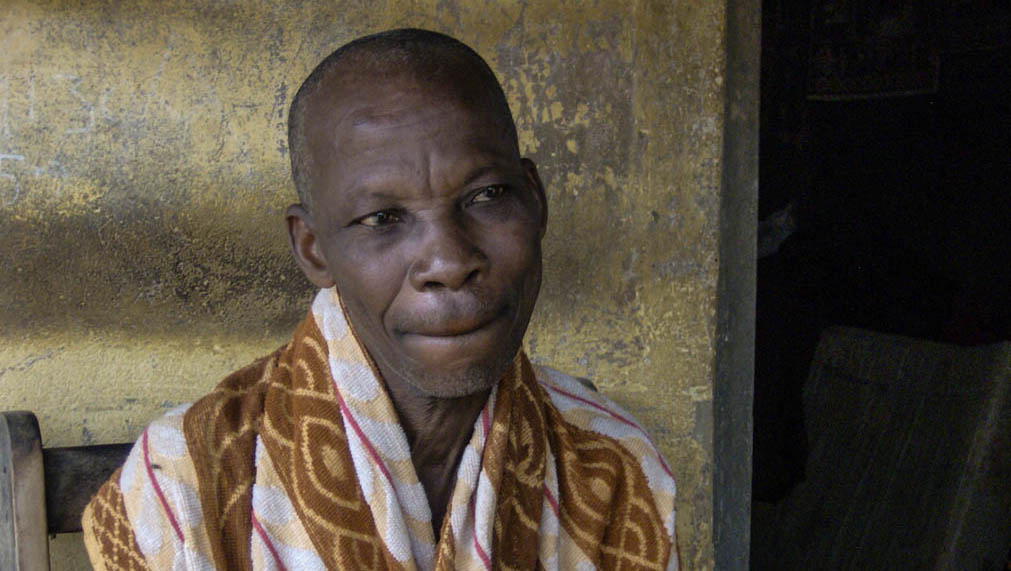 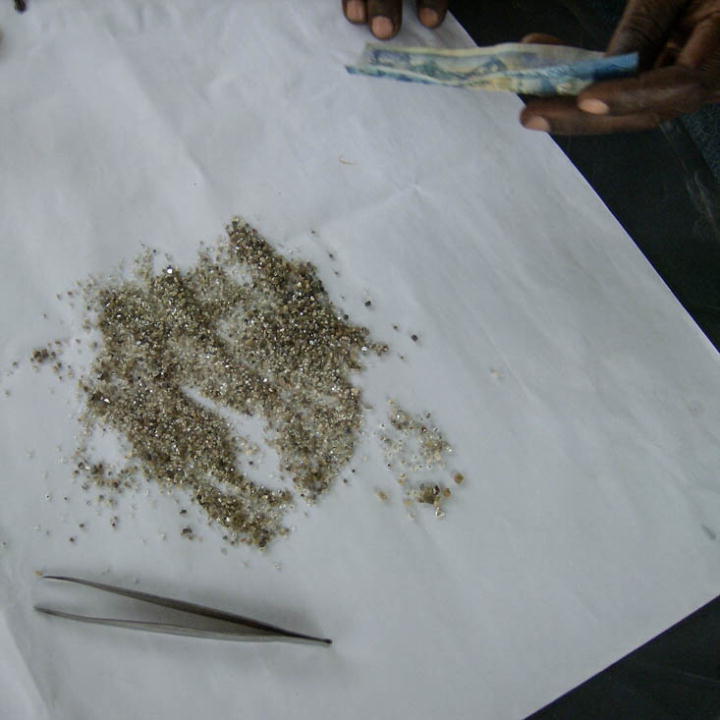 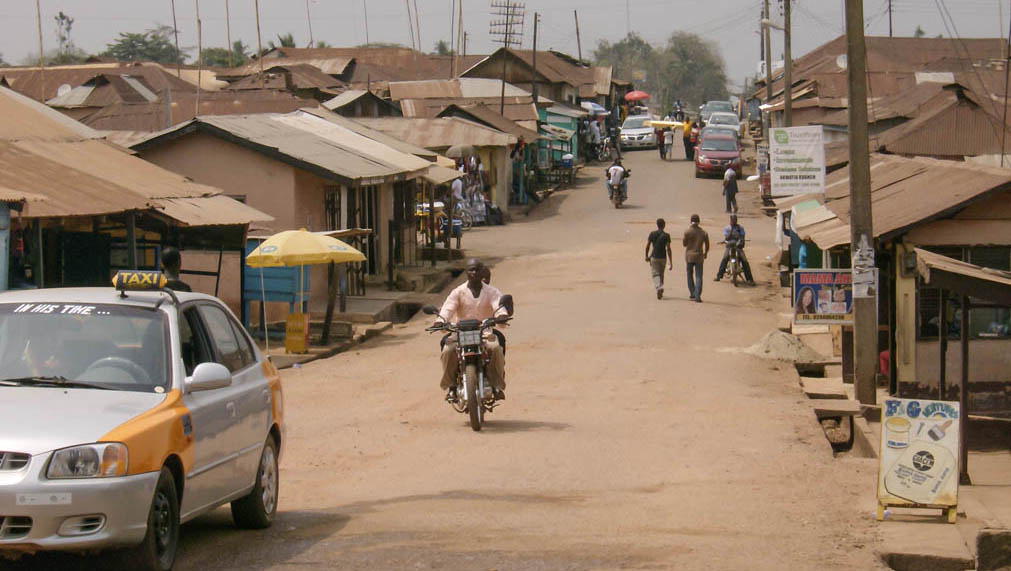 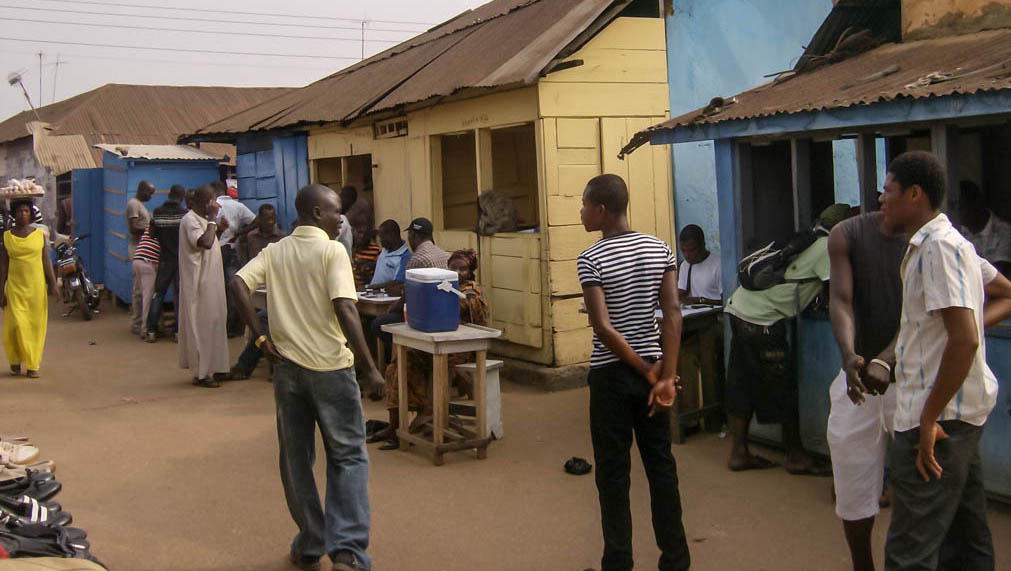 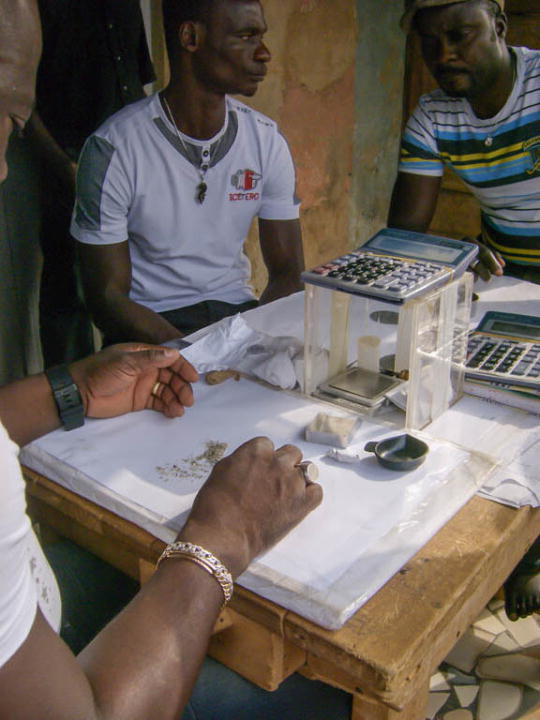 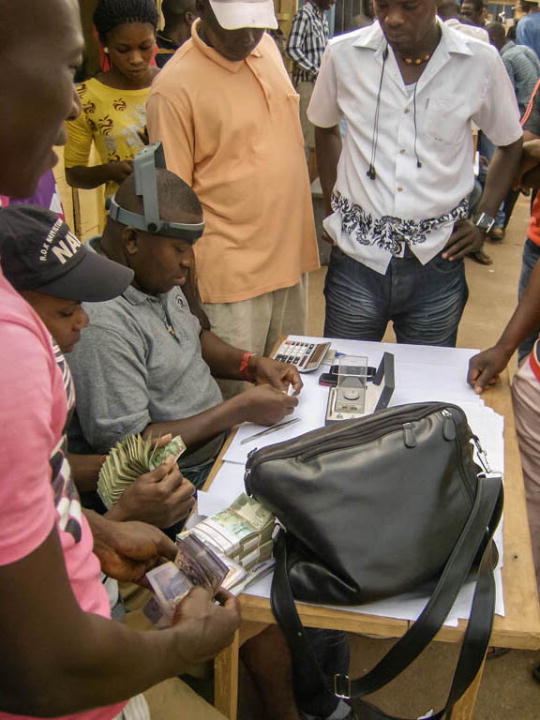 The Birim River remained one of the world’s most productive sources through Ghana’s independence in 1957, until the late 1970s when the richest areas were mined out and the aging mining equipment was unable to efficiently process smaller, lower-quality stones. Today, that is most of what the artisanal diggers recover: Of the 301,000 carats mined and exported each year, the vast majority are darker stones smaller than 0.10 ct.

A diamond buyer sorts the finds of a local miner.
In the late 1980s, the government allowed the small-scale miners to work areas along the 40-mile diamond-bearing stretch of the Birim River, an area unsuitable for mechanized mining. While some miners have registered, in compliance with government requirements, about 75% have not.

In 2012, an investor group announced a $100 million plan to revive mechanized mining at Birim River. Still, the government and investors have pledged to maintain concessions for the artisanal diggers who now sustain the economic life of the region.