The color of most black diamonds is attributed to graphite micro-inclusions or metallic inclusions (S.V. Titkov et al., “An investigation into the cause of color in natural black diamonds from Siberia,” Fall 2003 G&G, pp. 200–209), and it is rare to see dense clouds of micro-inclusions producing a black appearance (see Spring 2007 Lab Notes, pp. 52–53). Since November 2016, the National Gemstone Testing Center (NGTC) in Shanghai has routinely received large quantities of polished black diamonds. One such stone, a 1.03 ct opaque round brilliant (figure 1) that we believed to have been heat treated, had a striking pattern of micro-inclusions we had never seen before. 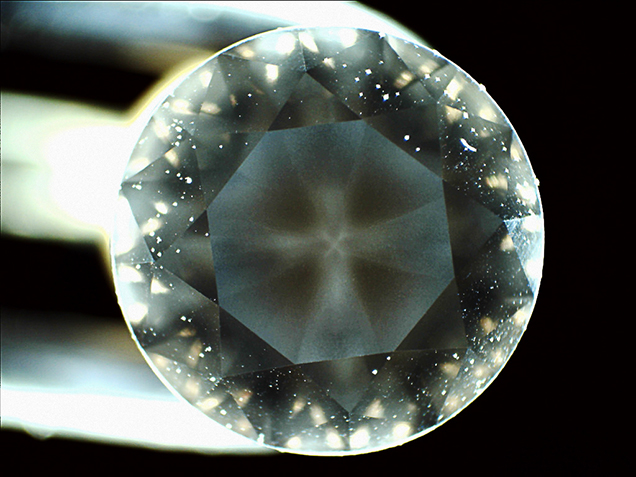 Figure 2. The “double cross” pattern seen in the black diamond. This pattern showed that the small inclusions were restricted to certain sectors, indicating that the diamond crystallized through two separate processes. Photo by Yujie Li; field of view approximately 4 mm.

Microscopic observation revealed a “double cross” pattern arising from an abundance of pinpoint-like gray inclusions restricted to certain sectors of the diamond (figure 2). The outer black cross was oriented in the same direction as the inner pale cross. The inclusions’ crystalline forms were too small to resolve at 40× magnification. These small inclusions absorbed a large proportion of the light entering the diamond, causing the black appearance. The FTIR absorption spectrum confirmed the diamond was type IaAB and H-rich, with nitrogen-related absorption from 1000 to 1500 cm–1, a graphite-related peak at 1582 cm–1, and H-related IR peaks at 1405, 2785, 3050, 3107, 3154, 3236, 4169, and 4496 cm–1. We confirmed that the pinpoint-like inclusions were graphitized hydrogen clouds (see P. Johnson et al., “Hydrogen rich treated black diamonds,” poster presentation at Geological Society of America 2016 annual meeting). 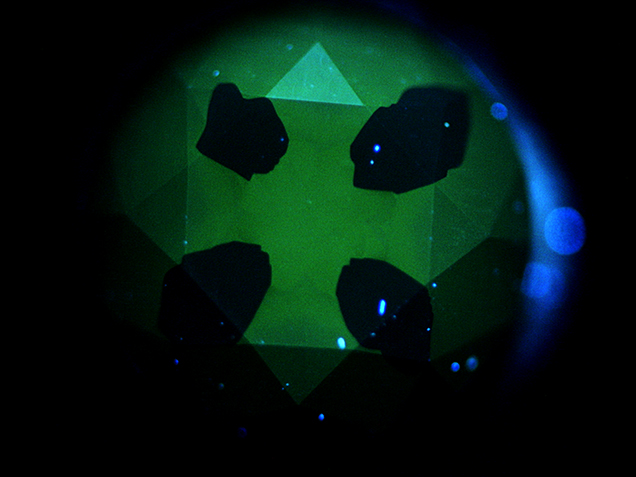 Figure 3. The pattern as seen in the DiamondView. The well-developed cuboid growth sectors exhibited yellowish green fluorescence, while the poorly developed octahedral growth sectors were inert to the short-wave UV light. The DiamondView also revealed a mixed-habit growth structure.

The interesting pattern of inclusions and distinctive growth features of black diamonds such as this one needs more attention.

Contributors’ note: This study was supported in part by the National Natural Science Foundation of China (grants 41473030 and 41272086).